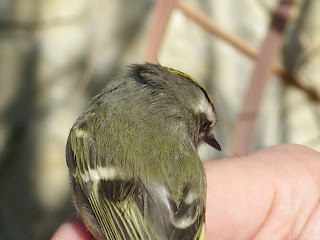 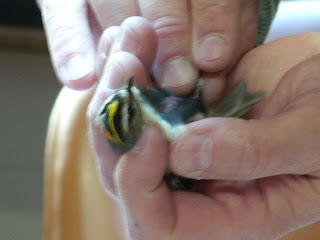 It was another bird banding Saturday at the Ak-Sar-Ben aquarium. This week saw a Lincoln Sparrow, and a Golden Crowned Kinglet, both of which are unusual for this time of year around here. Danny was able to release the Sparrow (and a Nuthatch) through the Sparrow took off and flew straight into an abandoned swallow's nest. We let the experts release the cardinals as they have beaks that can draw blood. As we were heading out, we saw a Bald Eagle and a Red Tailed Hawk flying together toward the Platte River. 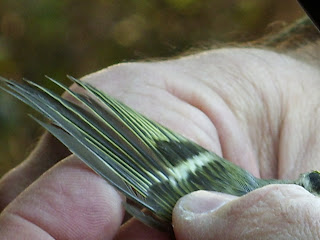 Next week, the banding will be at Fontenelle Forest. I suppose we'll go. Hopefully this beautiful weather will hold-we don't often get 60 degree days in November.