I Hung a Couple of Owls, Now I Gotta Go Hang a Rat 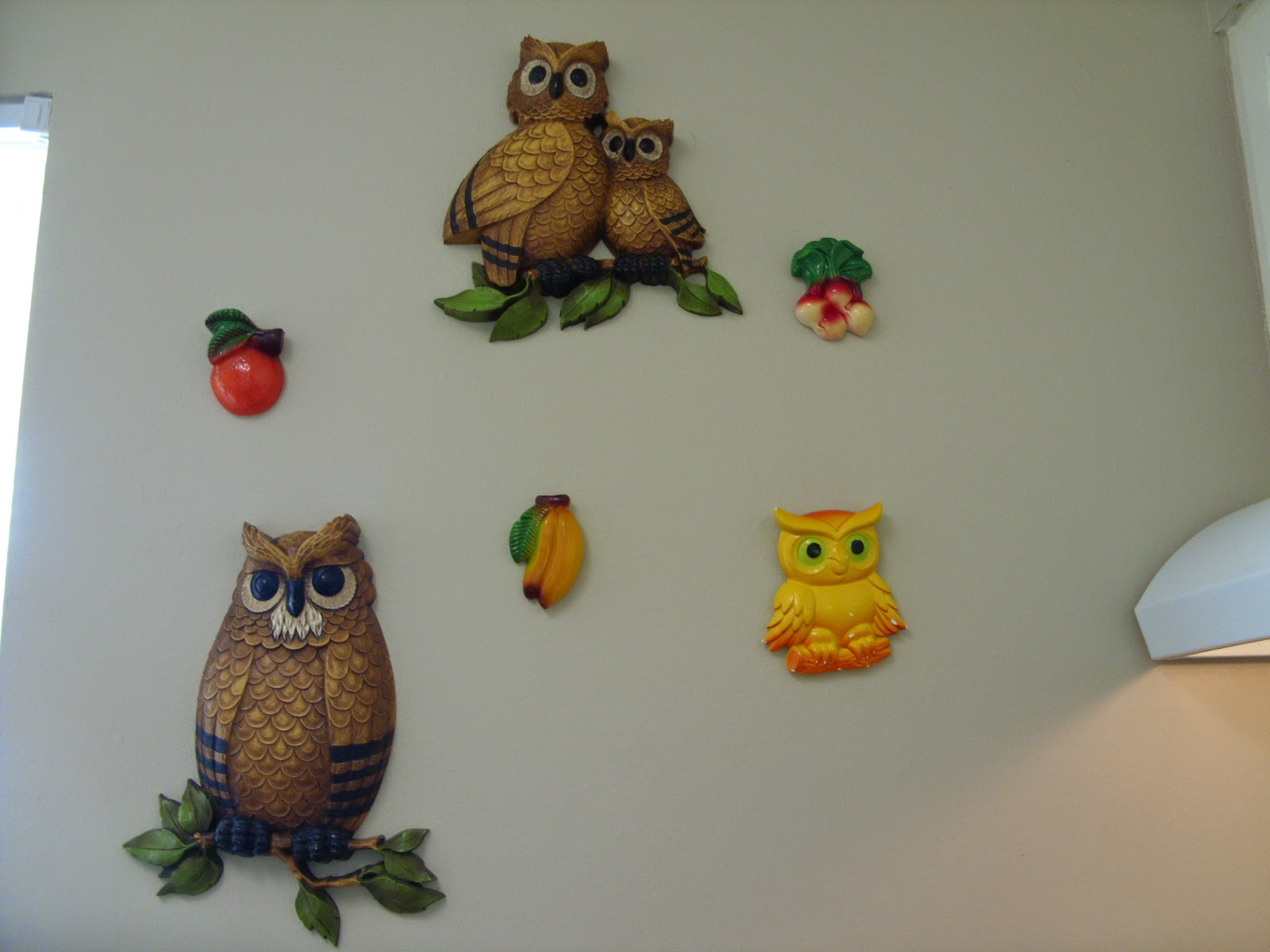 Danny pointed out that owls don't eat fruit, they eat rodents. I have no idea if Homco or Miller Studios make rodent wall art, but I guess I'll be on the lookout for that now. I do like how the kitchen wall is coming together. I still need to get my collection of copper moulds up. 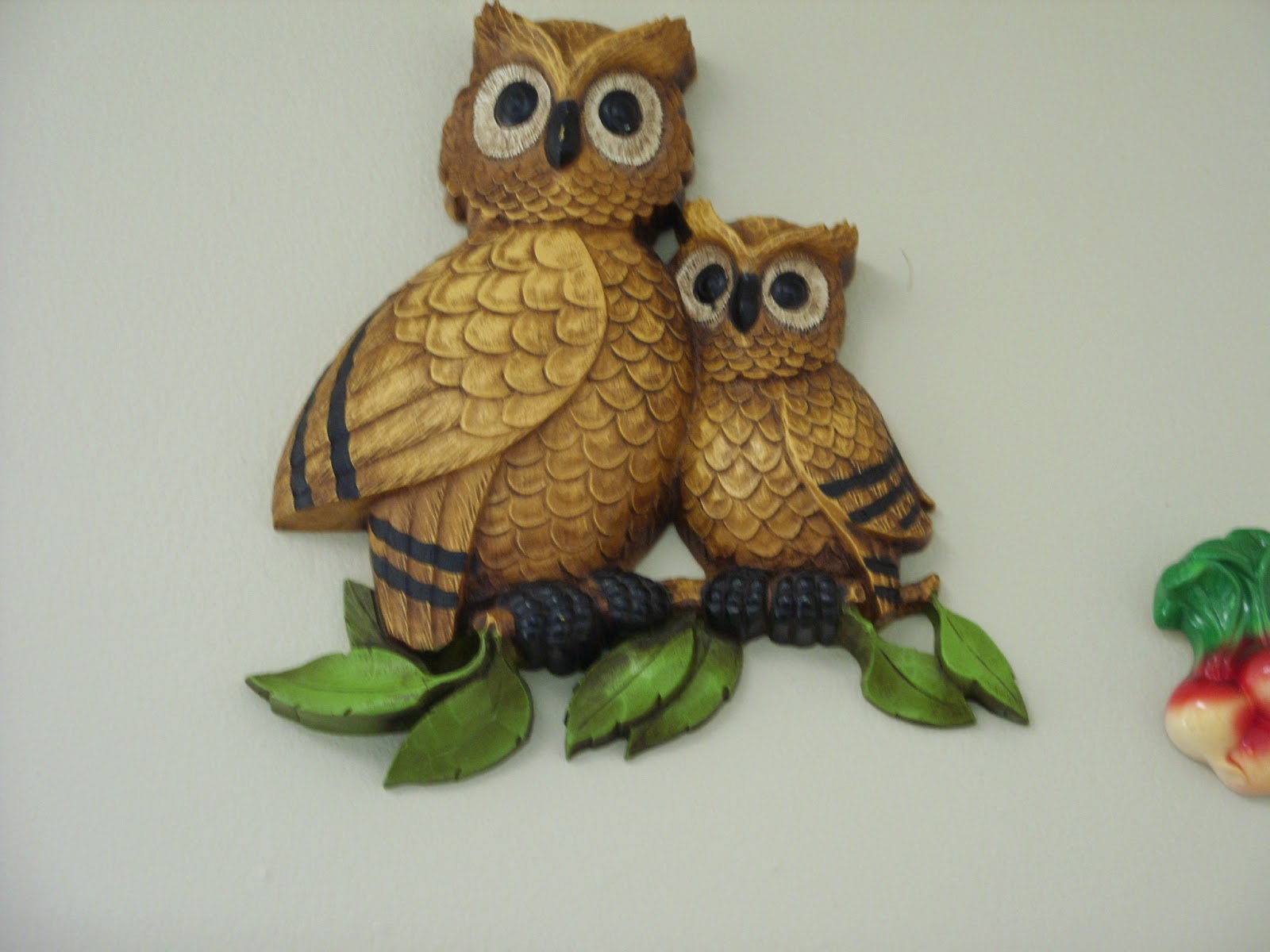 These are plastic. They were so filthy when I bought them, I couldn't imagine what you could ever do to get them that grime encrusted. Then again, if they spent 20 years on a wall with cigarette smoke, or cooking grease in the air, it might explain it. A good scouring brought them back to their original 1976 (they're dated) owl glory. 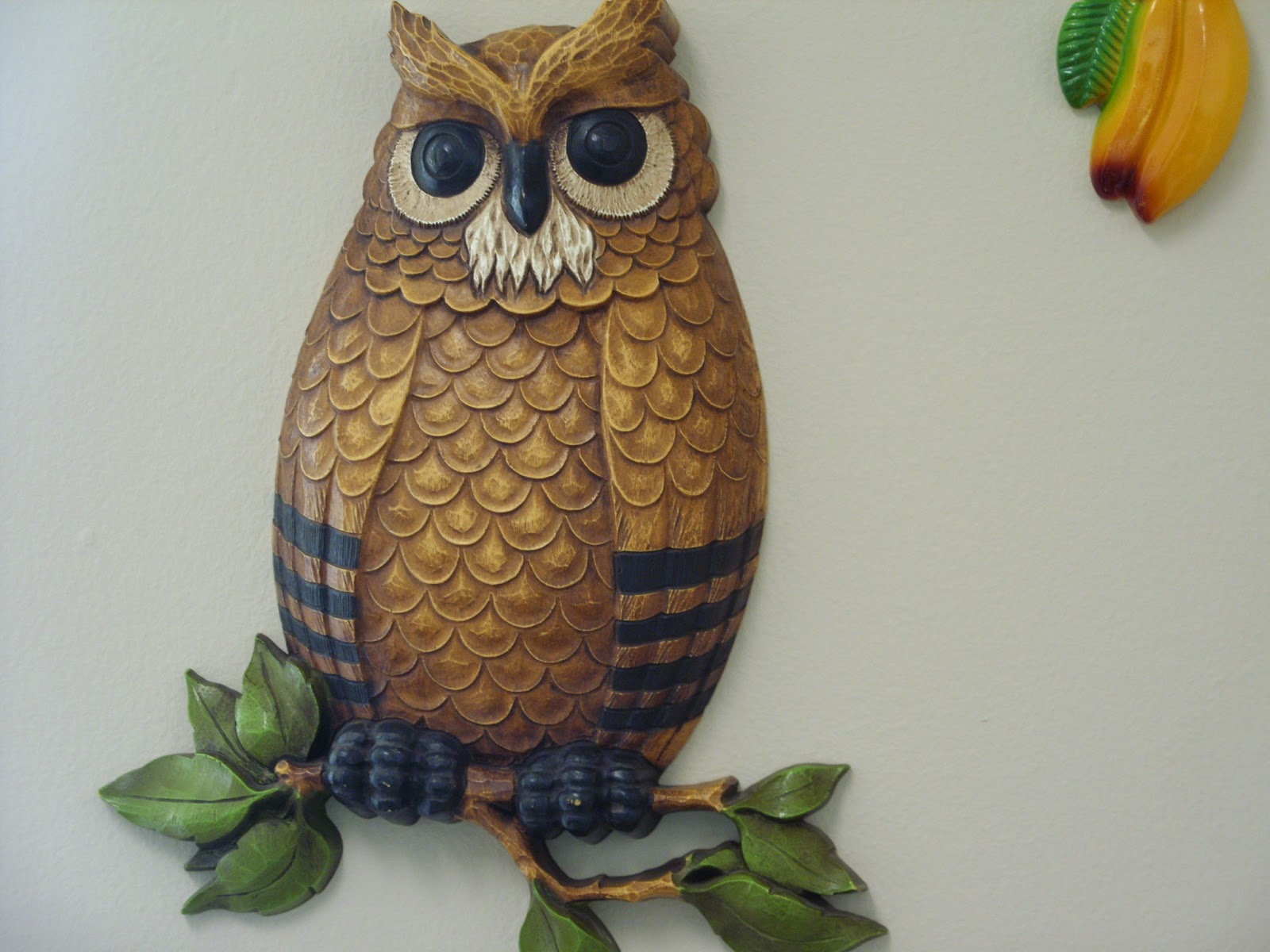 I like his expression.  In other news, it is Friday, which means I baked. 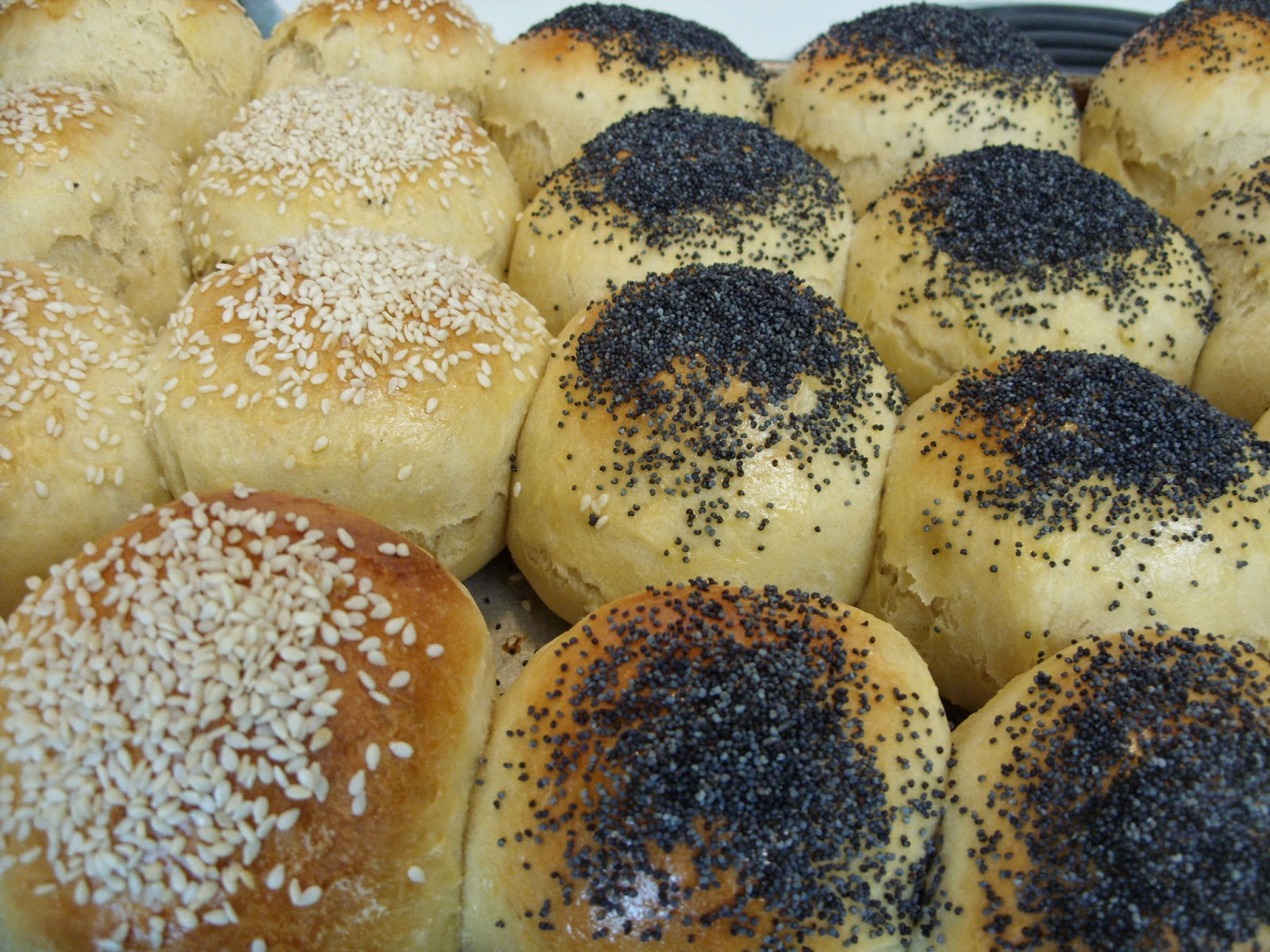 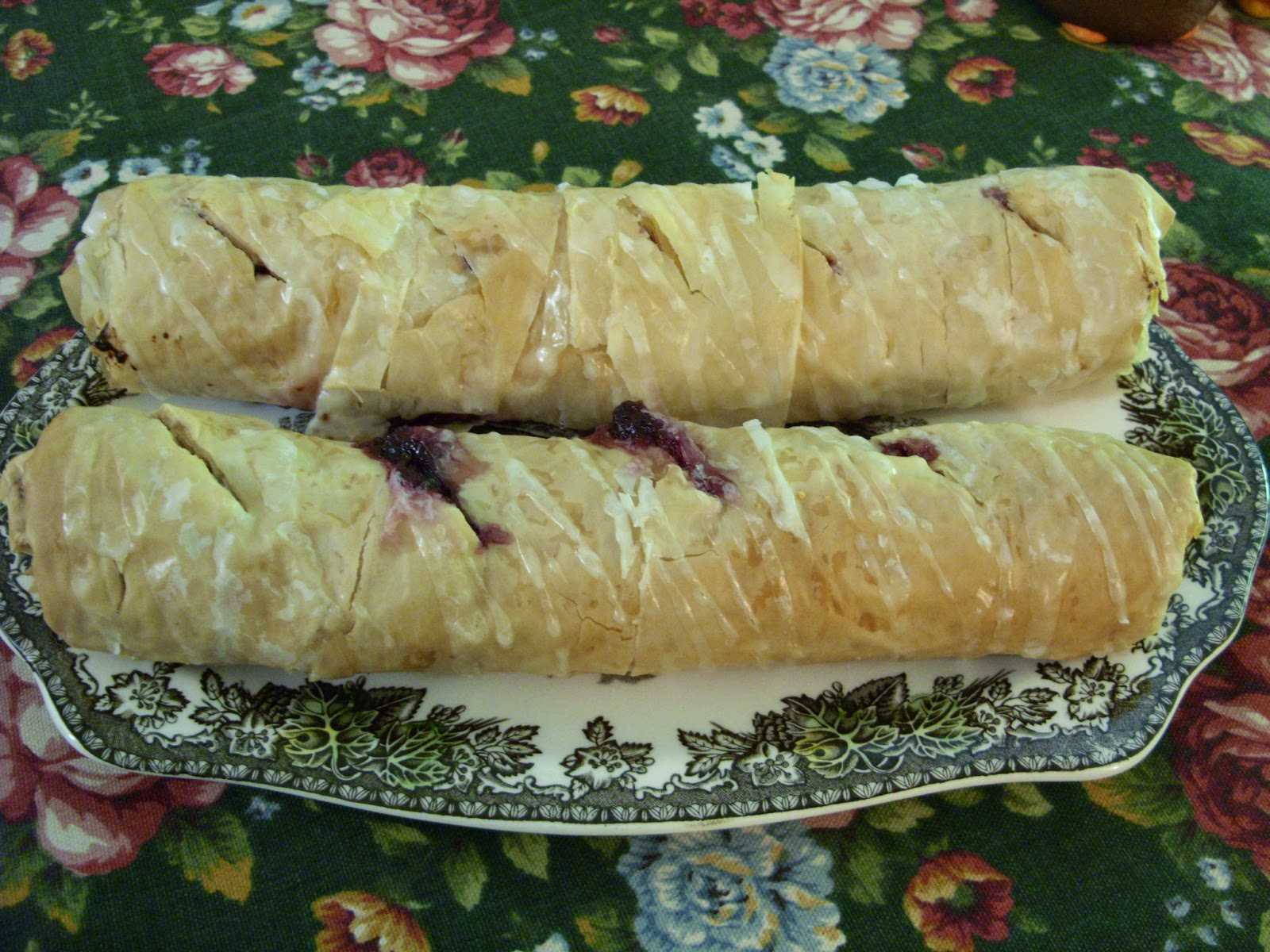 And two cherry strudels to celebrate the first bing cherries of the season. I glaze my strudels because the child dislikes a dusting of icing sugar. Fine by me, less mess. Want the recipe? I promise it is a breeze.

Preheat oven to 350 degrees F. Line a baking sheet with parchment. Layer 10 sheets of phyllo brushing each layer lightly with melted clarified butter. Do not butter the top layer. Spread with half the apricot jam, and half the buttered breadcrumbs. Place half the cherry mixture at the bottom. Tuck the edges in and roll to encase the cherries. Brush the outside with more butter. Repeat with second roll. With a sharp knife, cut deep slashes into the roll. Bake 30 minutes. Remove from oven and brush all over with more butter. Return to the oven until deeply browned-another 10-15 minutes. Cool on rack. Ice with icing sugar and water glaze, or dust with icing sugar when cool. Makes 2 strudels.

Since you've promised it's easy, I am adding phyllo to my grocery list and giving this one a try. We have family coming into town this weekend and something easy will be perfect.

It is easy, just remember to thaw the phyllo before using it or the sheets will never come apart. Even thawed in the fridge, take the roll out an hour before using it to warm. You'll get 2 strudels off 1 roll in the box so you'll have another to keep frozen for dessert emergencies.

And tuck in the edges as you roll or the filling will leak out the ends. Good luck-I hope it works better than the typical internet recipe.