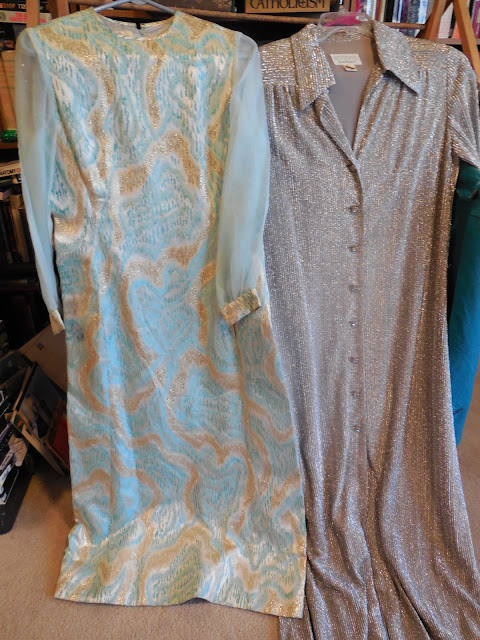 I'll give you a sneak peek at some of the pieces I bought last week at the costume shop. The gown on the left is a Mr. Blackwell Creation. I damn near had a heart attack when I googled what they sell for. I paid under ten dollars. The disco-era lurex gown on the right is by Estevez. I thought I'd wear it as a long coat, but after seeing what these fetch, I figured it might be best to avoid dragging it along the street behind me. 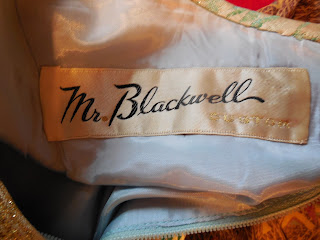 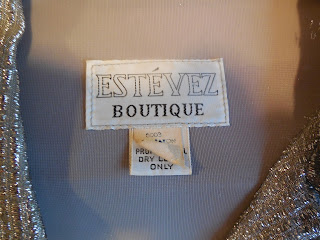 So those were great finds. The Halston was a nice find too, though being a "Low End" Halston made for Penny's it isn't worth much. At the time the critics were pretty harsh on the line, but viewing it from a distance of a few decades. the pieces really were pretty good. I intend to wear this one if I can squeeze my guts into it. 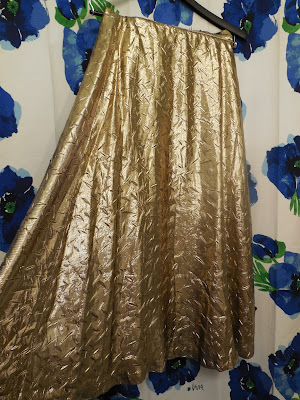 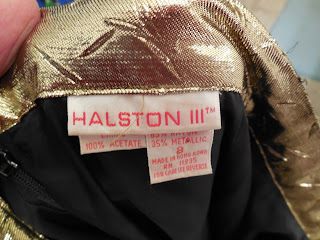 You rarely see a fully-lined skirt these days. 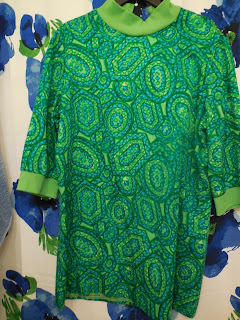 There are groovy tops... 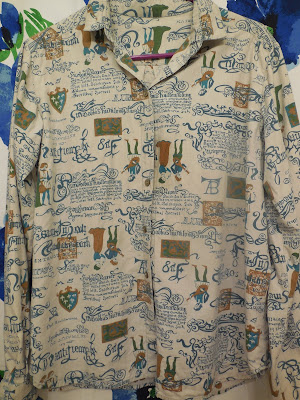 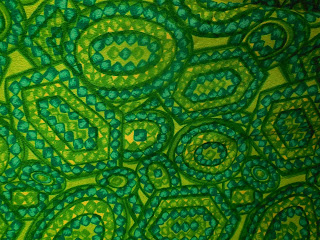 ...and a Mexican tourist jacket... 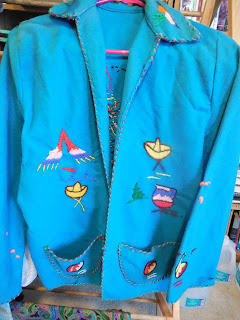 ...and a massive poodle skirt. This thing is so wide I'll need a bridal sized petticoat underneath to do it justice. 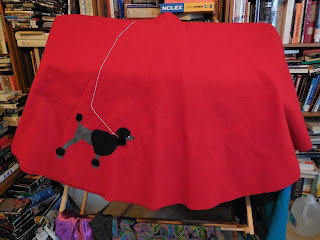 I'm fairly sure this was made to be a costume, not an original poodle skirt-but who cares for a fiver? 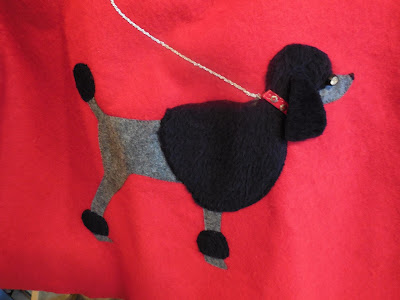 So those are some of the recent purchases-I'm sure I'll get them worn eventually. 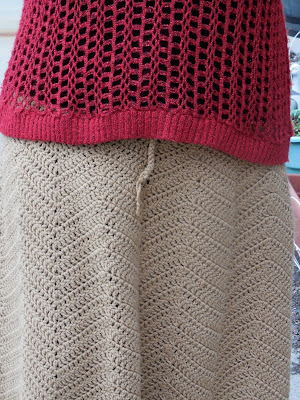 Today, I tried out the crochet skirt. 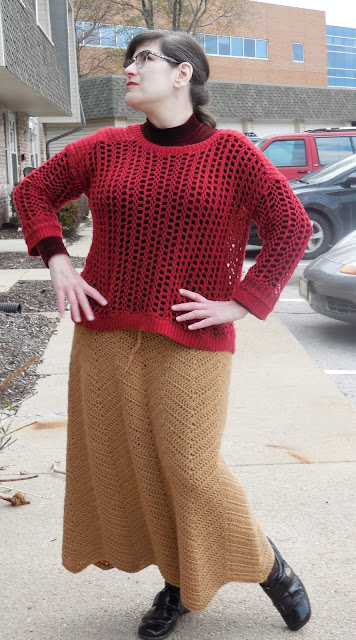 I'm going to keep it brief as I have a busy evening. If I don't see you before tomorrow, have a happy Thanksgiving if you're in the US.

Seriously stunning scores from that costume shop!
I love that groovy green top, I'd wear it with some tight capris & ballet flats.
That silvery lurex dress is wonderful too, I'd wear it as a duster.

Great scores, and loving you in the crochet! I remember when my mother went all out and us girls were top to toe in crochet one summer!!

The crocheted ensemble was specifically created for lounging about in "artistic" coffee houses, sipping a multi-sylabic brew whilst sorting the proofs for one's latest book from the university press...

That costume shop is The Mother Lode! Good gad, woman, if the Mr. Blackwell doesn't fit, you might hang it on the wall in a case and have Danny adorn it with a suitable label. I'd leave the price tag attached, but then we Skinflints (not recognized by the BIA) count coup by skins saved.

I like the idea of wearing the long lurex as an evening coat, with the highest boots you can manage (I'd need a cane), and a Vixenish cat suit. Then again, it would make a memorable house coat for the holiday snaps!

@Bibi
If I wore tight capris I'd look like a sausage!

@Sue
My mum did that too-we all had matching Granny Square pullover vests in pink and white angora one Christmas. I'll bet my sister still has hers. I don't crochet well (other than cotton dishcloths) so mercifully Danny has been spared any creative crochet clothing.

@Beth
A catsuit? I was going to say, "My catsuit days are over" but I never really had catsuit wearing days.
We go away for Danny's Birthday every year as a break right before Christmas (he was born the week before) and there's a cocktail hour at the hotel. Given it is Christmastime, people typically dress in their best fleece and blinged-out jeans, so I might wear the silver gown with some bedroom slippers...or as a pool cover-up. We'll see.