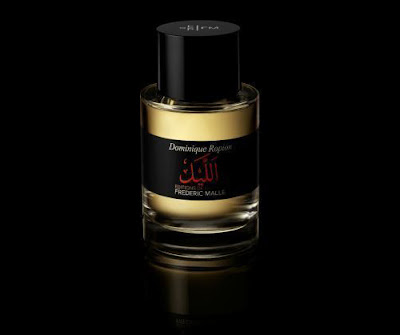 What does an $800.00 USD bottle of perfume smell like (besides pretension)? In my world, $800 bucks gets you a used car-a really nice one like a Pontiac Sunbird or a Ford Tempo. Thank goodness for decants. For ten dollars I was able to experience The Night without feeling obligated to use every last precious drop whether I liked it or not. If you're considering this one, I really encourage you to try it out in a decant first-you don't want to be looking at the bottle on your perfume tray and find yourself thinking, "I could have bought a 25 year old Ford Tempo." Call me old fashioned but for that kind of dough, I'd like a nicer bottle as well.

My son Danny's observation was so accurate I feel it merits mention. Upon trying The Night, he looked puzzled for a moment before declaring, "It smells like rubber and motor oil. They should have called it, The Night Mechanic."

I will forever think of this perfume as, The Night Mechanic, and wish there were a series of pulp detective novels of the same name. "The Night Mechanic: he repairs your reputation, fixes your car, and brings you roses. Turkish roses." 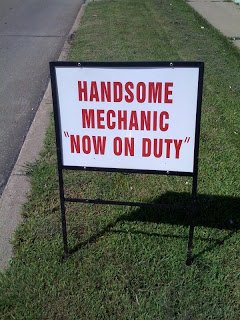 Personally, I detect more plastic in The Night, like a vinyl shower curtain. A rose scented shower curtain. I don't want to give the impression this is a bad thing-I sort of like that aspect of oud, but if you don't then this probably isn't a perfume you will enjoy because it is not subtle. A little goes a very long way, so at least if you do splash out on a full bottle it will probably be a lifetime supply.

I thought it was interesting that The Night doesn't really have any note pyramid-it all hits at once, and fades more or less the same. That's an accomplishment for a rose note to fight it out to the bitter end, particularly when faced with oud. If I could find one thing to complain about (other than the price tag) it would be the amber. Whatever sort of amber was used, it isn't a good fit with the oud and rose. It is sweet without the depth a good amber should have. Granted, it has the oud and the rose for company but it is too sweet, and subtle for the notes it is blended with. On paper, amber ought to work here, but it smells a little out of place to me.

I've read the reviews (and enjoyed some laughs at the comparisons to hay and horseshit) but I think it would be unfair to call The Night, disgusting. It isn't. You may be disgusted by it, but the composition is acceptable, and other than the amount of real oud that went into it (lots!) there's nothing terribly inaccessible here.  You might not enjoy it, but the quality of the ingredients is quite good. $800 USD good? Well no, of course not.

There are so many good quality oud perfumes out there for a fraction of The Night that the only reason I can see for spending that sort of money is to make a statement. I wouldn't be impressed by a gift of The Night, but I'm also not the target audience for this sort of thing. If you wanted to display wealth, The Night is your perfume. If I were out to impress on a budget, I might go for Creed Royal Oud which is still pricey but not insane, and is a bit less likely to get compared to rose scented shower curtains. It is an oud for beginners.

The notes? Oud, rose and amber. That's about it. Not much of a chemistry lesson.

I didn't hate, The Night but it wasn't all flutters in my heart, and swooning either. I'm a little disappointed because who wouldn't want to be swept off their feet? Still, I'll wear the sample I have and keep a bit for comparing to other oud based fragrances. I'm glad to have a small vial of it, and to have the opportunity to wear it, but thankfully, it isn't love. I'm relieved it isn't. 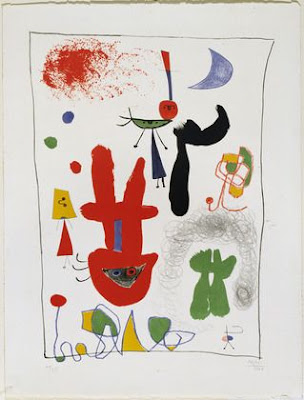 I admire Malle for giving perfumers creative freedom rather than forcing them to work to a brief/price, but it sounds as though that didn't work out here...

Agree whole heartedly about the price - $800 - what the heck?

I like the way you include your fragrances on your blog. I wear perfume everyday and feel naked without it.

Currently, I'm really liking Guerlain's Aqua Allegoria range. My favourite is Mandarin and Basil, I have had Pampelmousse in the past and I've also got the Rose one. I can't really smell this one on myself or my clothes and I'm wondering if it's a fake; I bought it off the internet -from a reputable company. However, whilst at the charity shop where I volunteer on Mondays my colleague commented on it positively I hasten to add, so maybe it's one of those that you just can't smell on yourself - a bit weird though. I hope to get Herb Fresca for my birthday in early March.

I have to say that the Pampelmousse one had notes of fresh sweat (!) to me anyway, so I never bought it again. I also tried Clinique's 'Happy' years ago and could only smell rubber tyres so never bought that one again either - so I don't think I'd like the Night!

@Mim
Agreed. I like that they credit the perfumers on the bottle, and the intent is good.

@Veronica
When I couldn't smell my perfume (but everyone else could) I finally realised I had a specific anosmia to jasmine. Not all jasmine (I can smell the synthetic)but I can't smell Joy or Byzance, for instance. Hopefully, you just got a weak bottle-the Allegorias do tend to be subtle.

There's a new one Pera Granita that smells like you guessed it) pears. It is getting good reviews if you like fruit notes.

Guerlain has codes on the boxes and bottles you can check online, though a determined faker could copy them. Worth checking anyway.

Estee Lauder recently bought Malle's company. I wonder how or if that will affect Malle's creations?

On oudh- Oudh is like sandalwood as where it was grown, how old the oudh tree was when cut, & how old the oudh results in different aspects to it's fragrance. I have been oudh-ed out flying through Dubai, Bahrain, & Abu Dhabi business class with Arab passengers whom have been drenched in it head to toe. (They do wear the best quality stuff, but zowie!)

There have been numerous fragrances with this 'rubber tire' /plasticky oudh thing going on. I don't get it, but I these woodsy/resinous Arab things aren't my style.

If you need an oudh with training wheels try Jovan's Intense Oud, it's nice for the price. Stay away from the nastiness that is Jovan's Silky Rose, a candied attempt at the classic combination of rose & patchouli - the 'red currant' note is some overpowering B&BW's Skittles/KoolAid fake berry rubbish.

Thank you for your review. I am interested in buying a sample myself of 'The night', could you please let me know where you got it from? I have searched online but couldn't find anything.

@Coralina
My sample came from Surrendertochance.com

They're reliable, and their prices are fair. Good luck.