Shut Up, Or I'll Give You Tularaemia 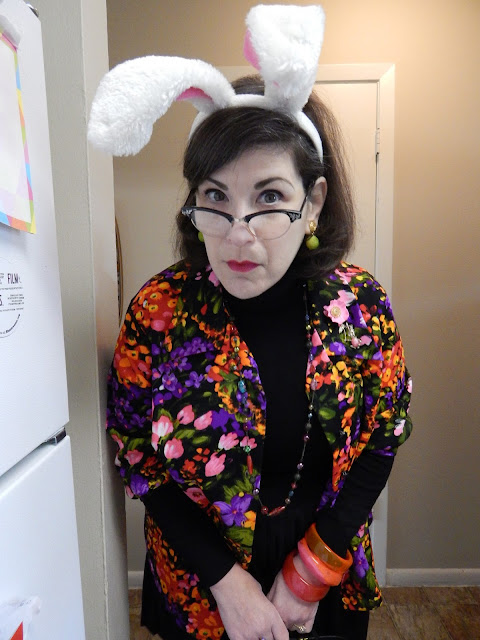 You got a problem with my ears?  Look, don't piss me off-I'm skilled with using a carrot as a weapon, and you don't want to know what I use to sharpen my teeth. "Easter Bunny" my ass. You want a chocolate egg go ask Cadbury for one. Some-bunny woke up on the wrong side of the bed this morning. 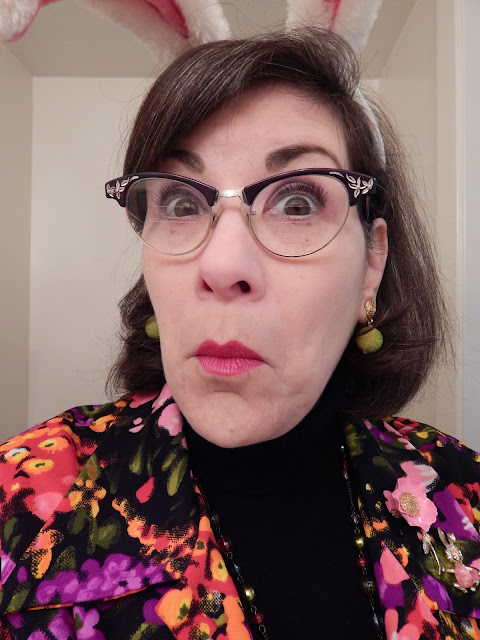 What do you mean you're going to sell me to a lab as a pregnancy test? Why, I never! You're definitely not getting any chocolate for Easter. 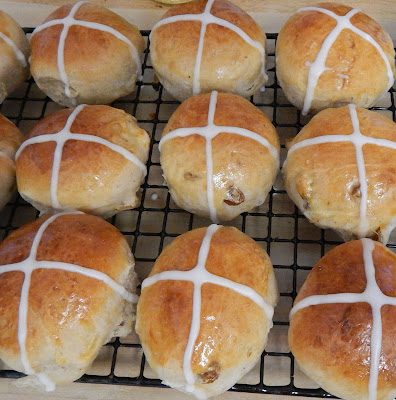 Moving along... When I was a child I always looked forward to Good Friday because I knew there would be Hot Cross Buns, or as my dad called them, Piss-Pay-Li-An buns. He was physically and mentally unable to pronounce, "Episcopalian".  He had a friend that was a bakery delivery driver, so each Good Friday they'd swap wares; we'd get the Pisspaylian buns in exchange for a quart of pickles. My mother did try correcting him that she knew several Methodists, Lutherans, Presbyterians, and even Catholics that enjoyed a Hot Cross Bun at Good Friday, but in my dad's mind, these buns were the work of the Pisspaylians.

In the United States, Hot Cross Buns are iced with a cross rather than having it cut into the pre-baked bun, or made from a paste of flour and water. They also tend to be rather plain with a bit of cinnamon and allspice, and either raisins or currants. I used sultanas and mixed spice to give them a bit more interest. I skipped the grated orange zest because at this time of year, our orange season is essentially over, and until the Southern Hemisphere starts sending up theirs, we're pretty much done with fresh citrus. I don't think anyone missed the orange.

I didn't follow a recipe. I used 2 cups of milk, a stick of butter, half a cup of sugar, some yeast,3 eggs, salt and flour. Chuck in the spices and sultanas and call it a day. I kneaded until the dough felt about right. I rarely use a recipe for bread, which makes it difficult to give you an exact recipe. Flour and humidity vary so much from place to place anyway, it is better to get a sense for how dough should feel, rather than have exact measurements. Just make sure to keep your hare out of the bowl. 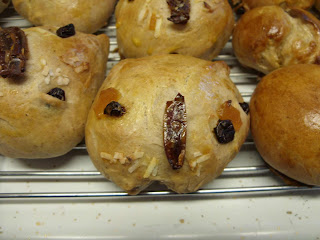 One year I even shaped them like owls so I could say I made, "Hoot Cross Buns." 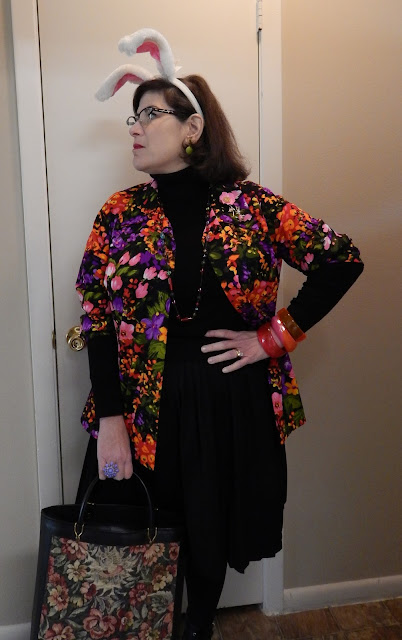 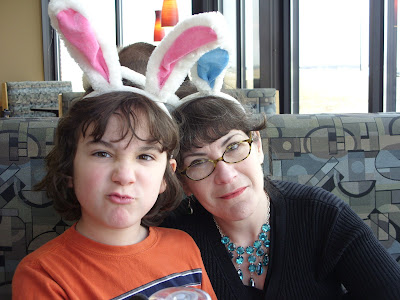 Flashback to 2013. Danny said we look like a couple of gits. He didn't learn that from me. Obviously, he's channeling his nan.

I'm off to get the weekend started with the excitement you only get doing laundry. Hooray for Friday night! Hope you're having more fun than I am.

I like your long side swept bangs on your new homemade bob. I butched my bangs in a pique of flustration as I grow out my keratin straightening to return to my natural curls. Yes, I do look like a git even without bunny ears as when cut short my hair springs into vertical corkscrews. So now I have a long bob in the back with a poodle 'do in the front.

Awww, that is such a sweet pic of you & Danny!

Those pissapaylion buns look yummy! I forgo orange zest in most everything that traditionally requires it as the "oranges" here are some sort of delicious clementine that stays green even when ripe. I can't handle green squiggles through my baked goods.

Shall share the pissapaylion story with my coworkers today, Goody, along with the recipe for hot-cross buns. We're very ecumenical whenever good food is involved!

Can't you just think of it as lime zest?

@Beth
I'm hopeful the expression will live on now that I've shared it on the blog ;)

I made hot cross buns too. I'm not sure if they're Anglican or Catholic in origin; they're definitely British, I'm just not sure when from. Elizabeth I legislated that spiced breads could only be sold on religious feast days like Christmas or Easter, so I guess it depends on whether they predate her parents' marriage!

At any rate, they are delicious. Though shops over here are now doing abominable things like making chocolate ones which makes me all ragey and 'STOP MUCKING AROUND WITH MY CULTURE!'

@Polyester Princess
Danny is a birder, which has led to some interestingly shaped baked goods.

@Mim
I'm sure there's something in Elizabeth David's bread book about being drawn and quartered for putting fucking chocolate in hot cross buns (and if not, I'm confident she would have agreed).

Can't there be something without the addition of chocolate?

I think it's the chocolate that annoys me more than anything. I'd give something like dried cranberries or blueberries or crystalised pineapple the side-eye, but chocolate is so... ubiquitous. Lazy.