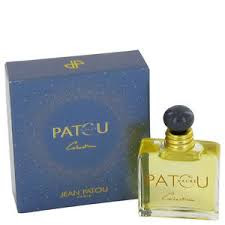 When I was given a generous sample bottle of Nacre I was afraid it was going to be a waste of rare perfume as it is loaded with jasmine, and that is my one specific anosmia. Sometimes, if the jasmine is strong enough it kills the rest of the perfume for me, and as a result I've never been able to smell a thing from Joy-it might as well be tap water. Whatever jasmine is at work in Nacre, it is not the same as they used in Joy. That's too bad-because I could have done without smelling this one, for hours.  The tiniest dab lasted, for hours. Hours and hours. Why is the longevity always the best with the perfumes I dislike?

I've learned to avoid leaping to conclusions, particularly with perfumes that can take hours to fully develop into something lovely. Sadly, Nacre started with lime leaves in curry and ended with Babycham. I like curries with lime leaves, and in the 70's I was happy enough to sneak a sip or two of perry from my sister at Christmas, but I don't like wearing them.

Nacre was released in 2001 which was far too late for this sort of fragrance. Although they don't share notes, Nacre reminds me of the sort of composition that existed in Ma Griffe. Dry, strange, medicinal, then...orris root. At least with Ma Griffe you can argue it was the brainchild of an anosmic perfumer, but I have no idea what the hell they were aiming for with Nacre. It might have worked in the 60's/70's, but by 2000 perfumes that essentially said, "Trust us, this is art" had fallen out of popularity for things that might not have been been more original, but required less effort to appreciate. I have an open mind, but I'm having a very hard time appreciating Nacre.

After the first hour Nacre changes little, but remains strong. I never did get anything soft, or delicate from it though I admit I might be missing some of the sweetness jasmine can impart. I don't smell the rose in Nacre either, though as far as I'm aware that isn't a difficult note for me to detect. What comes through so very strongly is the orris root, ginger, and lemon. Nacre is cold, sterile, and medicinal. If there's vanilla in there as the listed notes suggest, I can't smell that either.

I wish I could at least understand, if not enjoy Nacre, but it isn't happening. I haven't had very good luck with the Patou perfumes-either I can't smell them at all, or I don't like them. I'm an optimist though, so I'm confident eventually I'll find something Patou I like.

Well, darn.
I love ambrette, ginger, & pear so I was hoping this would be more fruity & spicy under a wallop of some divine jasmine..
Orris root can certainly go medicinal to full on deodorant panty liners really quick & African orange flower smells like insecticide to me.
Come to think of it, most Patou's go a bit "bug spray" on me.

I have never heard of this perfume but from the sounds of your review I am ok with never smelling it. LOL! I think it is true the perfumes that smell the worst their smell seems to last forever! I never knew that jasmine was such an overpowering scent.

@Rebecca
It depends on the jasmine. The artificial ones (which I can smell) can go from pleasant to toilet quickly depending on the surrounding notes.

I don't think you're missing much with this one.

Oddly enough, I could follow this discussion, even appreciating the reference to panty liners... I'm intrigued by the naming-of-products process. "Nacre" implies sea shells -- how would one describe the scent of sea shells?

I adore the old Patous, and if I could get them Patou would probably be my favourite house. This one doesn't sound very nice, though.