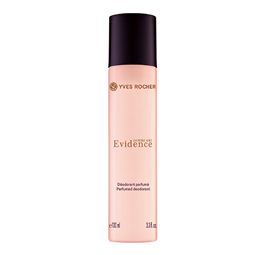 For a nice change, the fragrance I'm reviewing isn't challenging to wear. That's a definite oddity in my collection as I tend to gravitate to the strange in perfume as with clothing. Sometimes a person just wants to smell nice. Nice is of course subjective and one person's nice is another's migraine (I'm looking at you, Angel) but it would take some determination to find something offensive in Comme Un Evidence.

The striking thing about cuE is the lack of sweetness. The tendency for modern florals to be sugared up can make it difficult to find something with rose that doesn't veer into cake. Even fragrances that aren't outright gourmands, still seem to nod in that direction, so it was a genuine surprise to find something launched in 2003 that isn't competing with the various candy floss scents of the era. If anything, cuE reminds me of a stripped-down Laura Ashley No 1 which was itself out of place in the 80s.

One of the more interesting liqueurs I put up over the years was rhubarb based. It tasted alright, but drinking it alone was a challenge as it evoked a combination of dirty fish tank, and grass clippings. Mixed in a cocktail, the smell dissipated, but alone it was hard to stomach. I feel the same about rhubarb notes in perfumery. Used judiciously, they can enhance green and fresh notes as done in cuE where the lily of the valley and oakmoss temper the mouldy aspects. You get a very soft effect, that could be described as powdery mildew, were that not a real thing that afflicts gardens in humid climates. Anyway, the rhubarb is well behaved and I applaud Annick Menardo resisting the temptation to throw fruit or vanilla at it turning cuE into a pie. I enjoy rhubarb pie, but I wouldn't want to smell like one.

The note pyramid for cuE is so small it is hard to believe it works as well as it does. As with most things, balance plays a role. Yes, there's white musk and patchouli in there but neither make their presence individually known. I tend to associate white musk with household cleaners and fabric softener because it is used in such quantity in those products. cuE doesn't smell like Snuggle.

Violet leaf is used to great effect in cuE. It is fresh smelling and green without evoking a barber shop. Maybe that's part of the magic with cuE-it is green without ever being fougere, clean without being ozonic, and floral without being gourmand. Unbelievably, it still manages to have decent projection and it lasts for hours on both my skin and clothing.

The marketing seems to suggest it is a romantic fragrance to wear with an organza dress walking on a beach at sunset. I don't get that. I get more of a daytime vibe, pretty without being too much. Could just be me, but then I'm landlocked in the middle of the United States so what the hell do I know about romantic sunset walks on the beach? A sunset walk along the Platte River would only get you eaten alive by mosquitoes.

Notes:Lily of the valley, oakmoss, rose, rhubarb, violet leaf, patchouli, musk. The rose is a very green rose at that.

My younger self enjoyed the offerings from Yves Rocher, but over the years I've lost interest. No reason really, other than there's so many companies out there and I sort of forgot about them. I don't think this will be the spark that has me tracking down vintage bottles of 8e Jour, but if I see a random Rocher in a thrift shop, I'll probably give it a try based on the quality of this one. A quick look online shows at least a dozen flankers, so this must have been a successful fragrance for them. I can see why. Sometimes, you just want to smell nice.

I used to wear a lot of Yves Rocher in the 80s/early 90s too. I loved their Monoi line and there was a Neroli perfume I really liked too. YR mascaras were really amazing for the price as I recall then. I used to see Yves Rocher products in the duty-free shops in Middle Eastern, South Asian, & European airports quite a bit but rarely nowadays. Looking at their website today YR is not so cheap!
CUE sounds lovely for a hot summer day. Some descriptions on YR's rather haphazard website bergamot is listed as a note also. Matin Blanc looks like another YR perfume I'd like to try (neroli, orange blossom, bergamot).

Anything involving rhubarb has got to be good! I'm noshing on rhubarb yoghurt as I write. I do appreciate your describing cuE as having a daytime vibe, "pretty without being too much". That's a fragrance note even I can recognize. Once upon a time, I sat beside a lady wearing Shalimar to a church picnic...

I loved your comment about romantic walks along the Platte River! I can just see all the mosquitoes swarming around you. : )

Do you like Stella by Stella McCartney (2003)? It has a very sour peony and rose accord. I like rose and I sometimes like peony, but this was waaaaay too sour on me. Other people loved it, though, and there was a collective state of mourning in some circles when it got discontinued. They brought it back about six years ago, as I recall. I mention this only because when I tried CuE, I had a sudden flashback to Stella and that ruined CuE for me completely. Here, you have to imagine me sniffing CuE on my wrist and screaming "STELLA!!!!!!! STELLA!!!!!" just like a traumatized Marlon Brando in "A Streetcar Named Desire."

But before I get your hopes up too much, I should say the two fragrances probably aren't as alike as I think, it's just that the passing resemblance spooked me and it may have kept me from judging CuE fairly for its own merits. : )

Laura Ashley No. 1, on the other hand, was perfect in my book. It was light, sparkly, floral, and crisp without ever turning sour on me. Skin chemistry is an amazing thing!

Keep up the reviews, they are so much fun to read! I may not like my perfumes to be acerbic, but I do like your acerbic wit.

@Bibi
I don't get any bergamot, or any citrus at all, which is strange too. We are however having our worst ragweed season ever so maybe that's me being dead in the sinuses.
I'm trying to go through my collection and review things I bought and then neglected. There's a LOT to get through. I've cut back on my shopping but...well the temptation is awfully great once I start poking around websites.

@Ann
Hopefully the shops will be offering samples because you can't properly sniff through a mask ;)

@Beth
A few years ago one of the yoghurt companies had a rhubarb and hibiscus flavour. It was strange, but in a good way. I'm guessing it didn't go over because they never brought it back.

@Emily
I've never smelled Stella, but I'm sure I'll crack up now if I do!
I'm using the perfume reviews as a break from the book. I still get in a bit of writing, but am able to clear my head of characters and plot. I'm glad you're enjoying them.

sounds like a good scent for every day!
since i live a rural life i like "nice" for perfume - and decent. statement scents are to much in the middle of the woods :-D
when Y.R. was around in the early 90s i did not like the stuff - mum was fascinated - for me it was to pastel, to nice, to suburban princess (lived in the boiling center of berlin!). and the decorative stuff was crap, pale and not lasting at all.....
xxxxx

Yes, sometimes 'nice' is all that's needed. That one does sound very pleasant. I've never tried any Yves Rochers, though the shops seem to be all over the place in France.