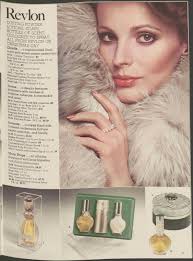 Ever wonder what a bottled asthma attack would smell like?

From the outset, I need to establish that the appeal of aldehydes in large doses eludes me. This will certainly bias my nose against something like Moon Drops which is positively loaded with them, but that's also too simple an explanation for my reaction to it. I wouldn't want to wear Estee, but it doesn't make my lungs seize. No one in my immediate circle wore Moon Drops but it doesn't matter because society at large was wearing Moon Drops-it is in the olfactory DNA of the 70s. Normally, that would be a positive, but like all eras there's some less good points. Think of Moon Drops as Stagflation.

Heaven knows, I love a good trip down memory lane, the trauma of bell bottoms be damned-but this...This is not...good. It isn't the worst thing I've smelled, and let's face it, there's always something worse however, it really isn't...good.

The marketing seems to suggest it was aimed at women looking to seduce a man. I wasn't dating in 1970 when this launched, but I have to wonder just what sort of man would be turned on by Moon Drops other than an anosmic one. Is there a scent version of "Beer Goggles" where maybe someone doused in Moon Drops is suddenly irresistible come last call?

The thing I keep coming back to is how this sort of fragrance was so typical of the era, but almost every example that comes to mind is better. Max Factor had Aquarius which is almost a dupe but with better base notes and without the challenging puff of aldehydes at the start. Why would you wear Moon Drops when you could wear Revlon Ultima? Hell if I know, but apparently the general consensus was that it reeked, and Revlon wisely discontinued it. That people still seek it out paying absurd amounts of money for tiny decants is beyond me. I got my mini bottle for a bargain price, but I'd be steamed if it had cost more than ten bucks.

When Barbara Herman,wrote about it she was basing her impressions on a vintage solid. Perhaps it would be better in a solid form, because if there's peach and gardenia in Moon Drops, I couldn't detect it. I get carnation and lily of the valley coming through but rather than being spicy or fresh they seem screechy-like they're determined to be heard above the noise of the aldehydes. Herman also gets honey, rose, and raspberry-I do not. Ya know what I DO get? Hairspray, and not a good one like Aqua Net.

To be fair there's some woods but more the cheap-pine-casket variety than a luxury rosewood. Speaking of funeral parlors, there's a distinct smell of aldehydes...you know, like embalming fluid. Did I mention the aldehydes? Maybe if you were looking to date an undertaker, Moon Drops could be sexy but then, no one really likes mixing business with pleasure. Oh, you're expecting me to make a necrophilia joke here, right? No. The only dead thing here are your sinuses after a good whiff of this stuff.

If I really strain I can smell some oakmoss and some resins but really, this is...not good.

Don't say I didn't warn you.

Posted by Goody at 10:20 AM
Labels: Drugstore Perfume

I loved your review!

I think the solid version does smell more mellow than the alcohol-based version and that the fruity notes come through a little more clearly too. In general, I find that old solid perfume compacts may age differently from alcohol-based fragrances and that one isn't always a reliable indicator of how the other will smell. I wonder what would Barbara Hermann think of Moon Drops if she could smell it in other forms.

On me, Moon Drops isn't bad. It's strong for sure, but it smells nice, and since I have no intense feelings, good or bad, about aldehydic powerhouse fragrances from the '70s, this one ranks neutral to positive in my book. There is really only one vintage fragrance I passionately despise, and it's Magie Noire. It gives me a feeling of physical loathing like nothing else I've ever experienced in my life. I hate it so much, I get angry whenever I smell it. I wish I knew why.

Getting back to the topic of Moon Drops, I've sold quite a bit of it online. One buyer was a popular television star from the 1980s who told me it was her favorite fragrance. Now, when I think of her, I always wonder if she wore Moon Drops on the set of her show. I almost wanted to ask her that, but I don't know if celebrities enjoy being recognized by name when they're buying online, or if they'd prefer to be treated just like everybody else and not get nosy random questions from star-struck fans like me. So I played it cool and I didn't ask. I didn't even tell her that I recognized her name or that I used to watch her on TV every week. : )

Your perfume reviews are worthy of Dorothy Parker! "Maybe if you were looking to date an undertaker, Moon Drops could be sexy..." Etching the difference in woodsy smells with the comparison of a cheap pine casket and a luxury rosewood model is exactly the final skewer Ms. Parker would stick in the olive of a third martini.
Aqua Net? Of course I remember Aqua Net, the impoverished artist's go-to fixative for charcoal and gouache sketches, a whiff forever mixed in my memory with the stench of oils and soggy paint rags. Now there's a stink to remember!

I'd always imagined with a name like that it would be sweet, powdery and romantic... the way you describe it, 'knock-out drops' would be a better name.

hahahaa! goody - you are sensational!
your writing down a perfume with so much gorgeous text makes me want to smell it! i neeeeed to sniff it!
i want to feel the shudder!
:-DDD
love the advertising.... smokey eyes and oppulent fur - femme fatale galore!
thank you for this! <3 xxxxx

@Emily
There are so many things to hate about Magie Noire, though it is probably the civet/narcissus combo with Bulgarian rose. I'm with you on that one.
I wonder if my bottle of Moon Drops has turned? It was in a concentrated formula, so maybe I've been unfair to it? It smells so different on skin vs. clothes (neither what I'd call good but rather degrees of less bad). I'm wary of giving it another try. Now you have me wondering who bought it from you but I understand the sacred bond of online shopping is like a priest in the confessional ;)

@Ann
Perfume is so personal, which is why a bad review shouldn't keep you from seeking out something to smell. I've enjoyed some fragrances that other reviewers have absolutely savaged.

@Beth
You had to be careful with the Aqua Net though, it tends to yellow over time on paper.

@Mim
Knock Out Drops would definitely suit the bottle I have!

@Vix
Thank you. There was a skin cream and a line of lipsticks that I think are still around. Such a good name, such a bad perfume;)

@Beate
Thank you. It might just be my nose-some people really love Moon Drops.