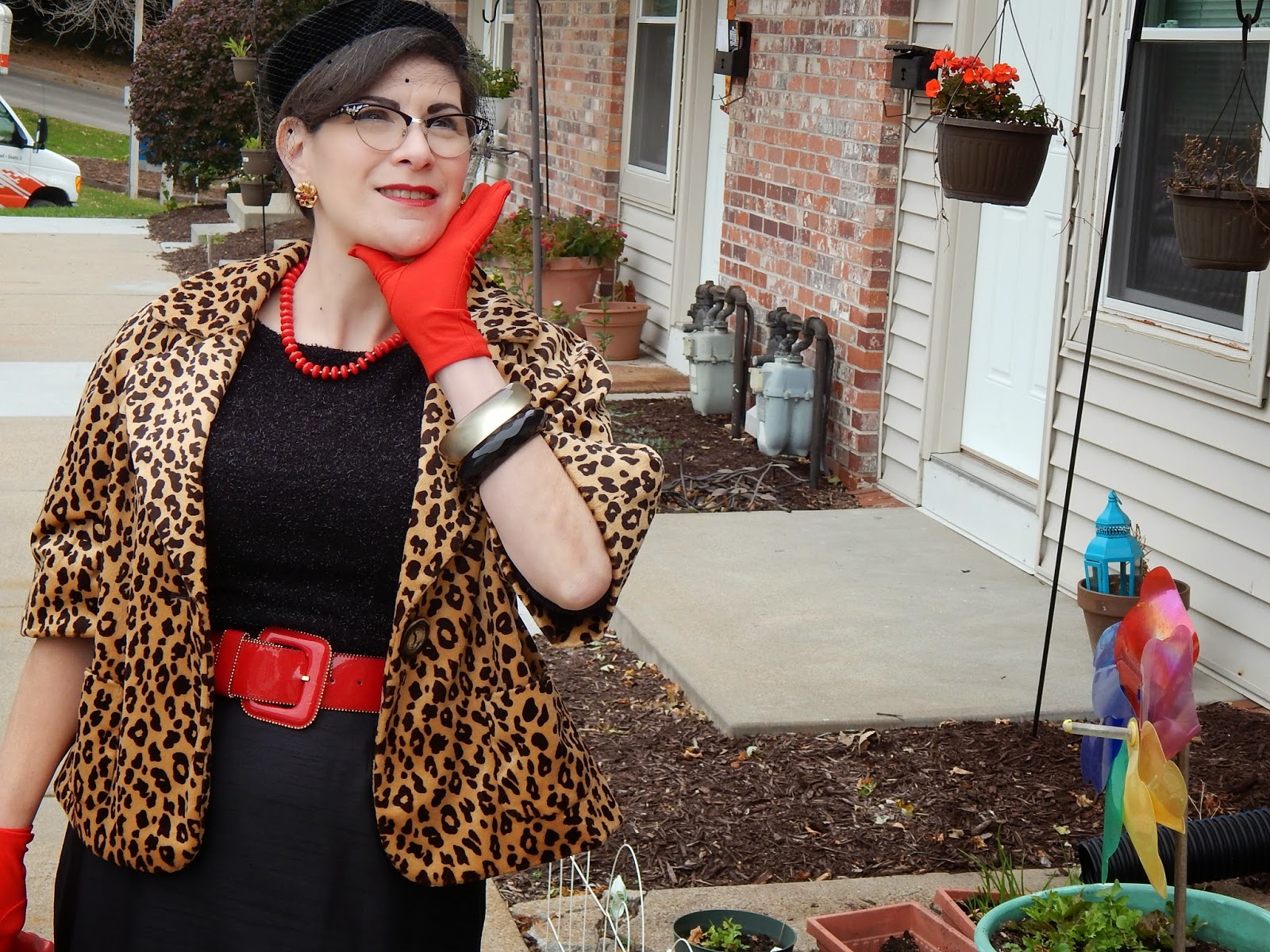 I should know by now that wearing a hat in public will attract attention. Perhaps not a baseball cap or cowboy hat, but anything else will almost certainly get comments-most along the lines of, "My grandma has a hat like that." I don't mind. People generally like their grandmas, so it is a positive sort of thing that brings a smile to someone's face. 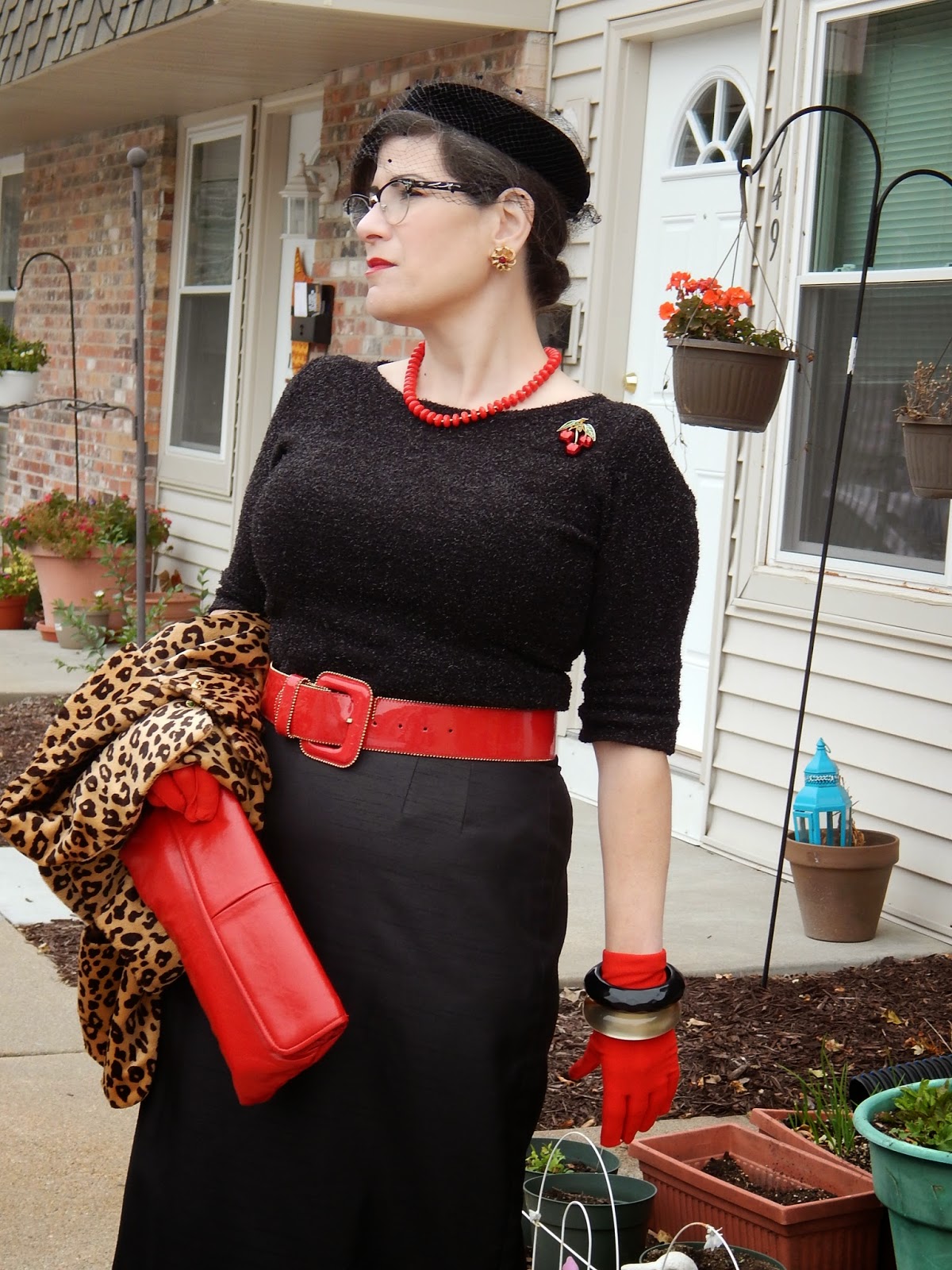 Sometimes though, the comments go well beyond, "I like your hat" in the most weird, and wonderful ways. Like the woman in the Goodwill who pulled me aside and asked if they were doing a shoe sale that week because, "You look like you'd know." Well! I do like that I convey shoe knowledge, and that I might be privy to the secret sales of the Goodwill. It happened that I hit the vintage-shoes motherlode today (upcoming post)so maybe the pile of shoes I was wheeling about made it look like a sale. Still, I wonder if I'd seem quite so approachable without a hat? Most of the time I just get the stink-eye, but with a hat on, suddenly the whole, crazy world wants to talk. 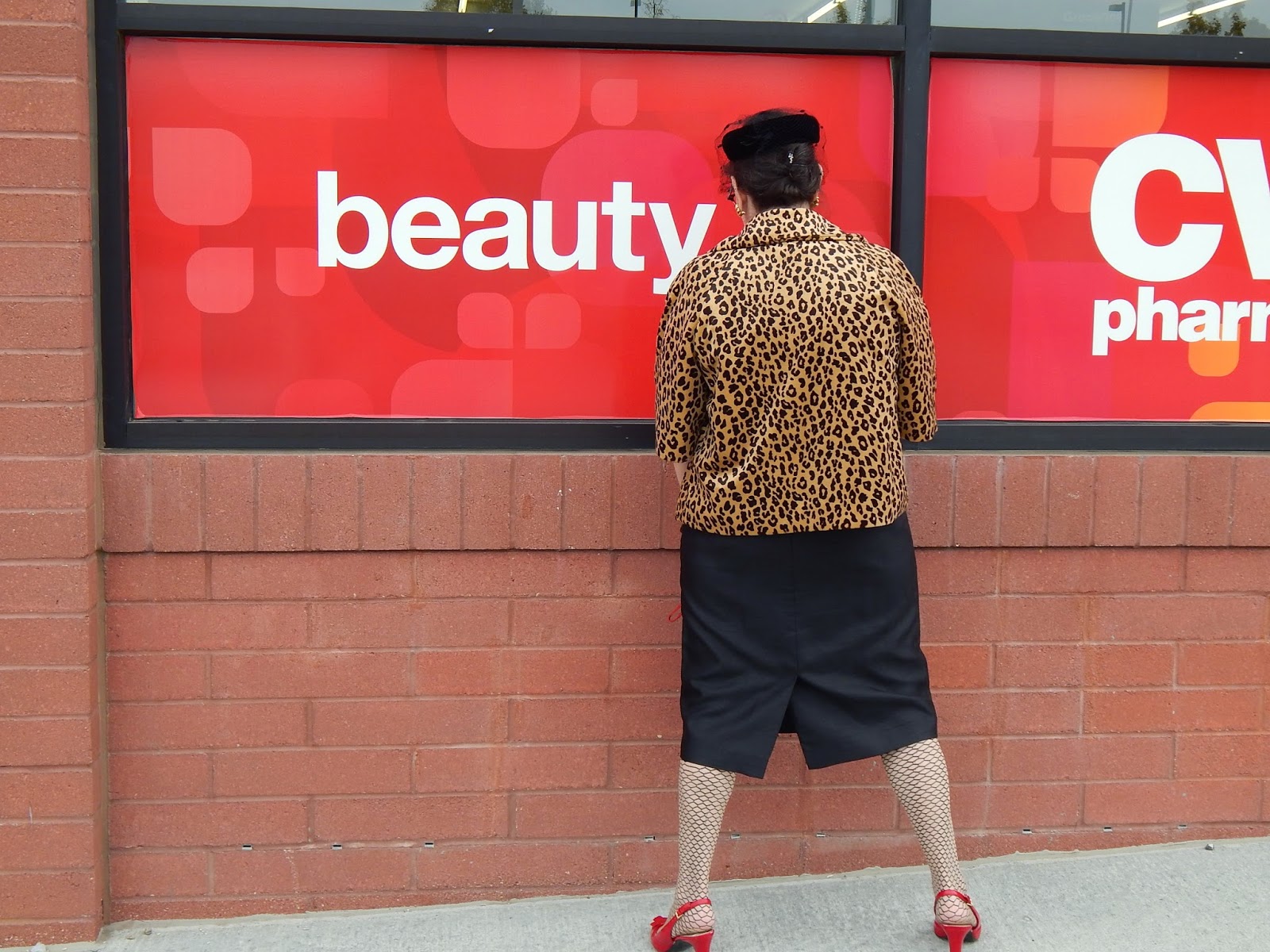 Wait a while, would you? I gotta take a piss. 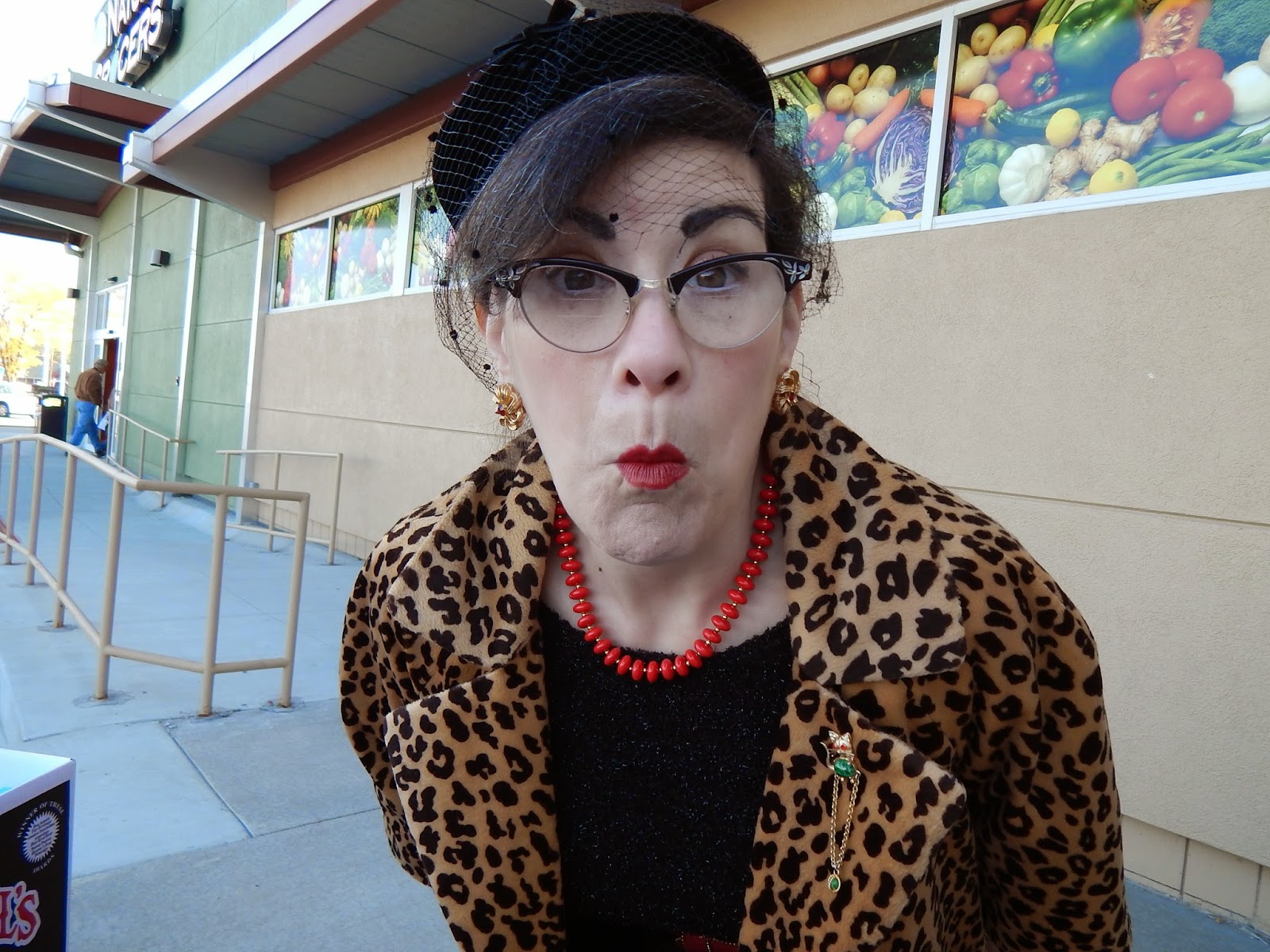 Ahhh, better. I thought my teeth were going to float. So where were we? Oh yeah, the crazy conversations with strangers. 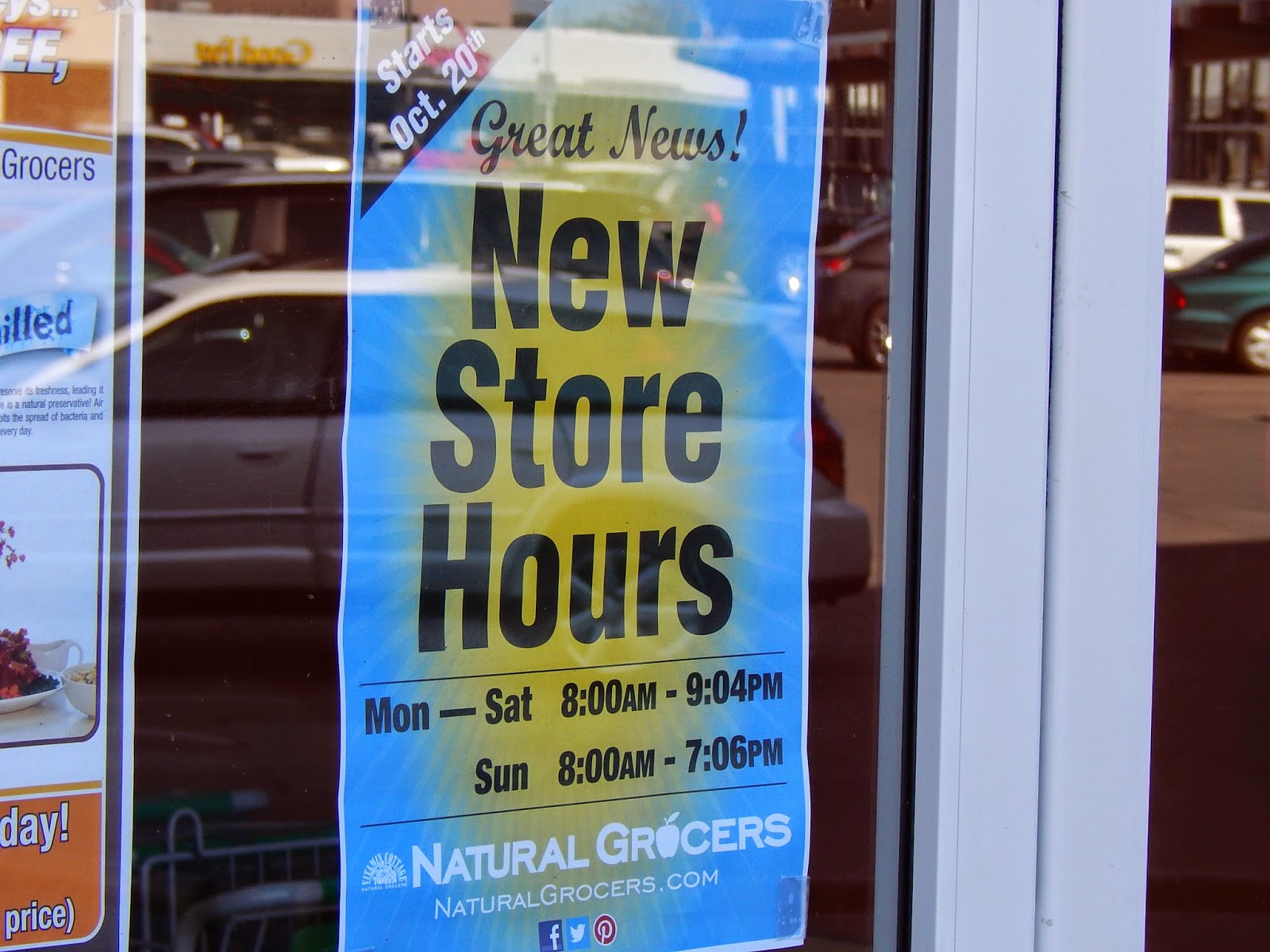 What's up with the closing times, I wonder?
I had to stop at Natural Grocers for lentil crackers and malt syrup, and this place can be interesting. I don't think I've ever left there without some sort of weirdness, but in a San Francisco in the 60's kind of way. People who start to talk and then kind of trail off with, "Like wow, have you ever eaten squash? Squash is soooo good." Which I agree, it is particularly if you're peaking and realise you need some food in your stomach. Anyway, the far-out kids must have all been next door at Blick buying art supplies (or huffing paint) and I was left with the sweetest little granny who had to be in her late 90's.

"Oh I just love your hat dear. Are you Jewish?" 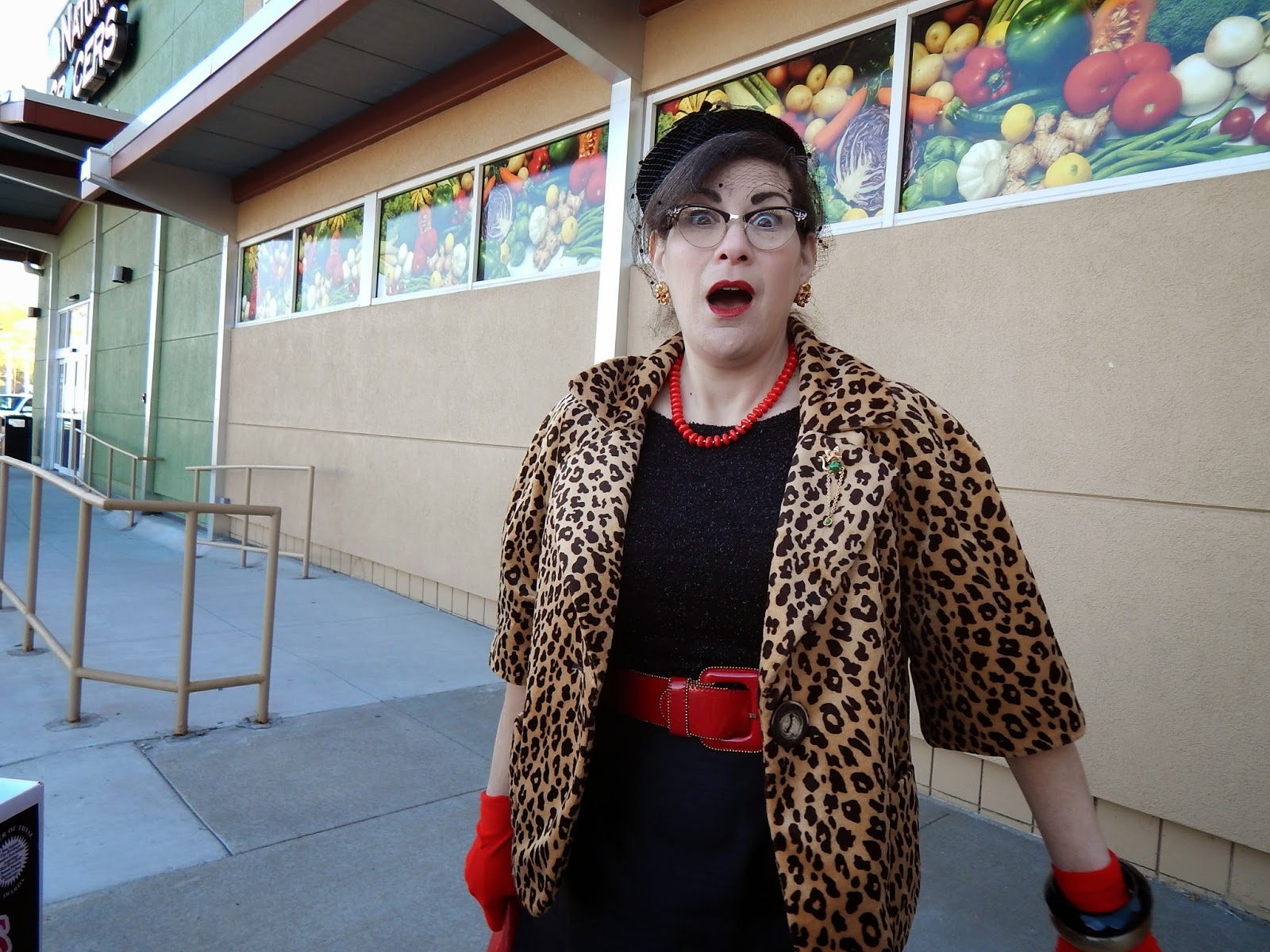 Well that was a first.
"I asked because you look just like a little Jewish gal I know in Kansas City who looks just like that singer Katy Perry. Do you know her?"
"I don't think Katy Perry is Jewish."
"No, but she looks just like that girl in Kansas City that looks like you! The other day I met a man with a beard and I thought he had a rabbi beard so I asked and you know what?
"He was a rabbi?"
"No. But he was Jewish, and from the rabbi tribe."

So we chatted for a bit, and now I know if I run across anyone from Kansas City that sorta looks like me and Katy Perry, she's probably Jewish. It was only as I left that I put it together-it is Saturday, I'm dressed-up with hat and gloves-she must have assumed I came from shul. 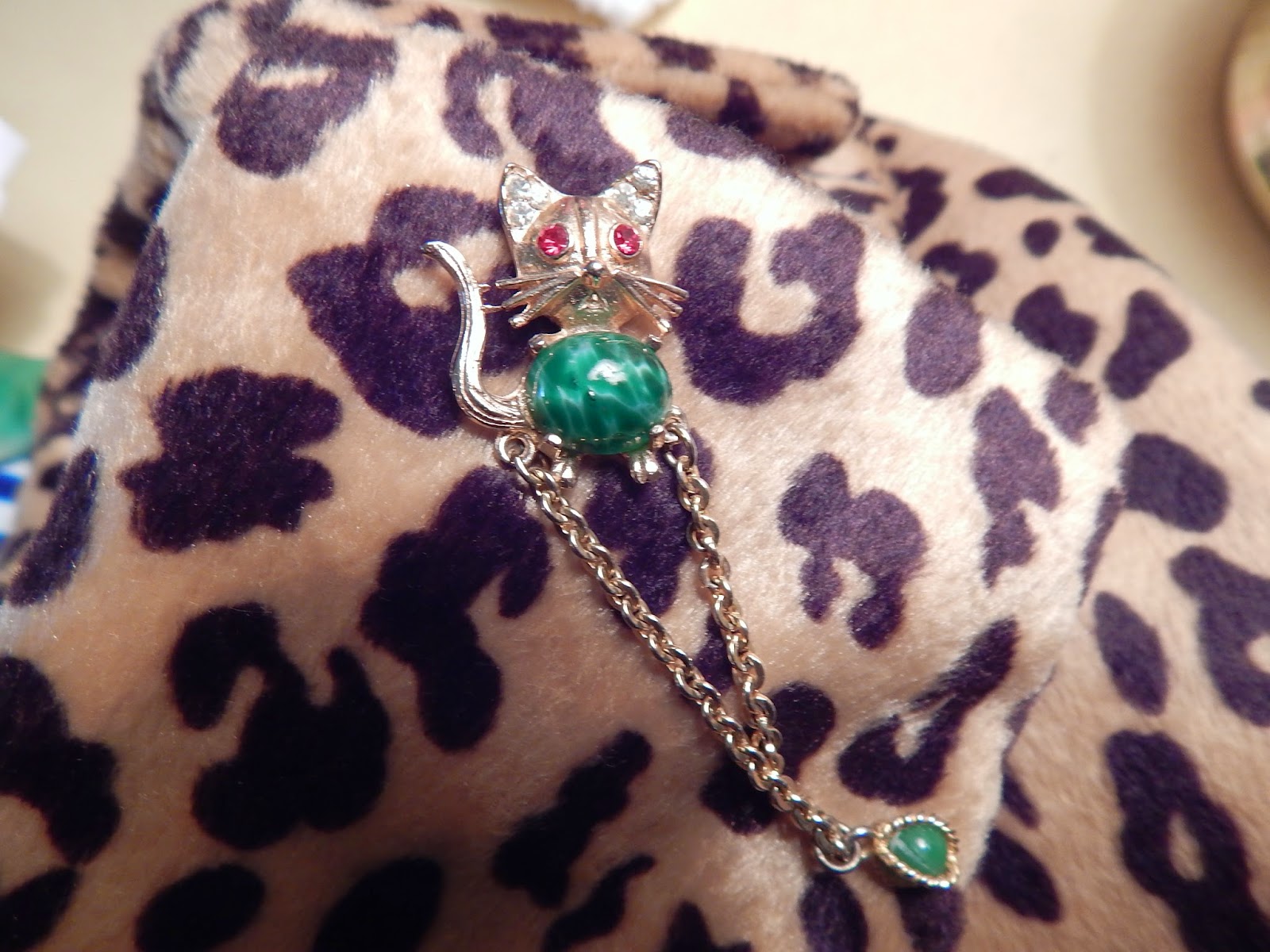 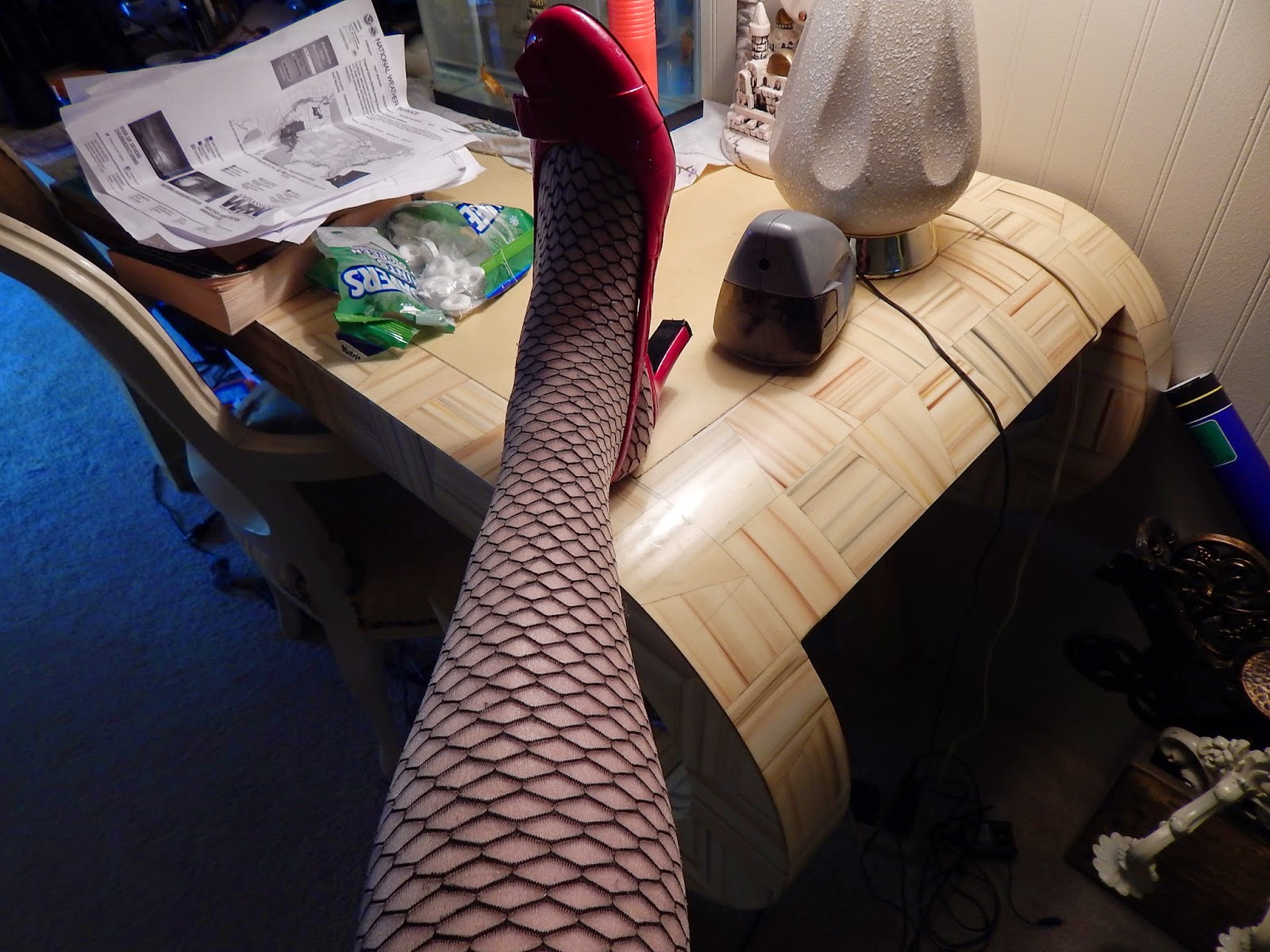 Ugh-this is definitely higher than the vanity. 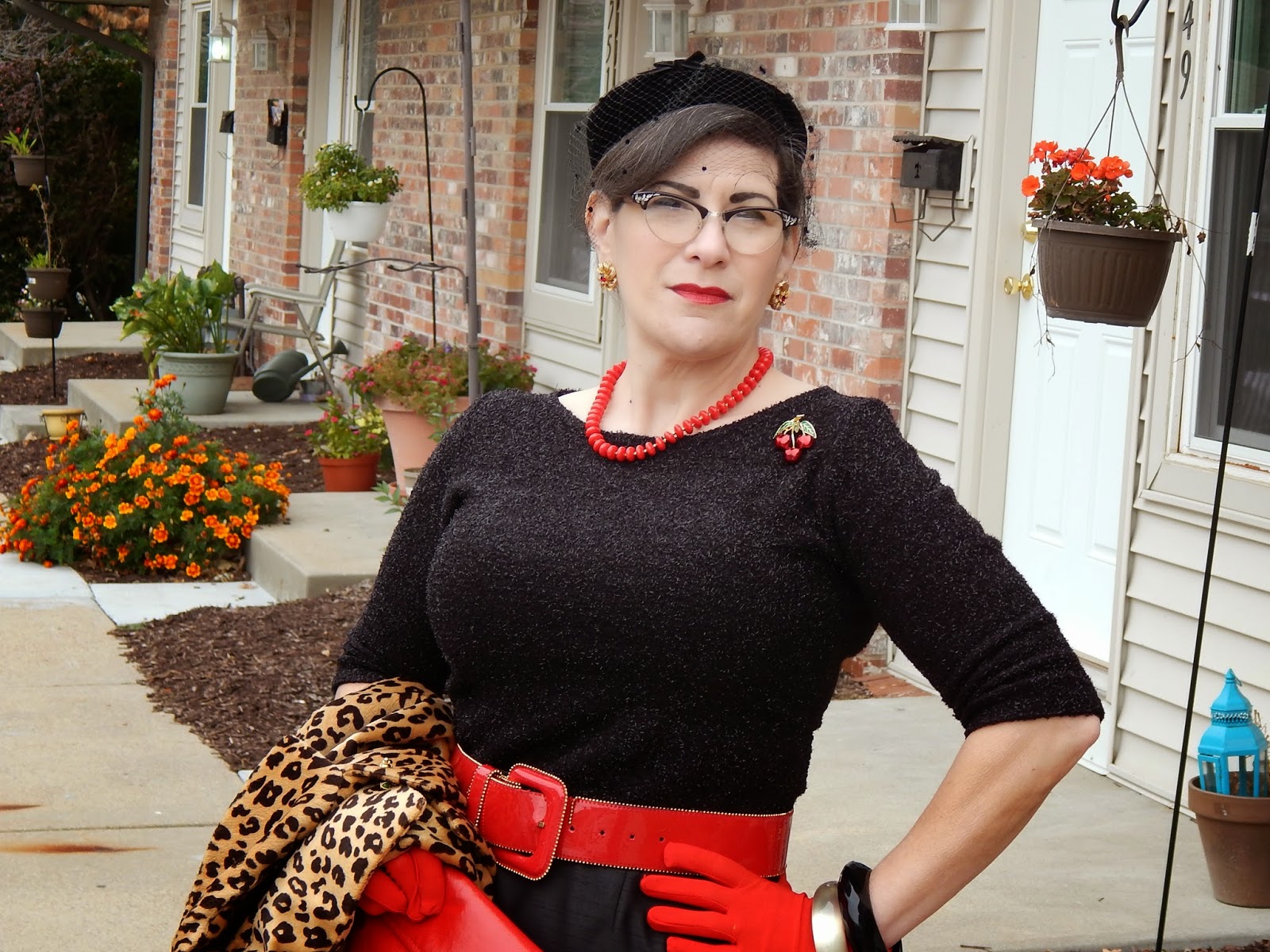 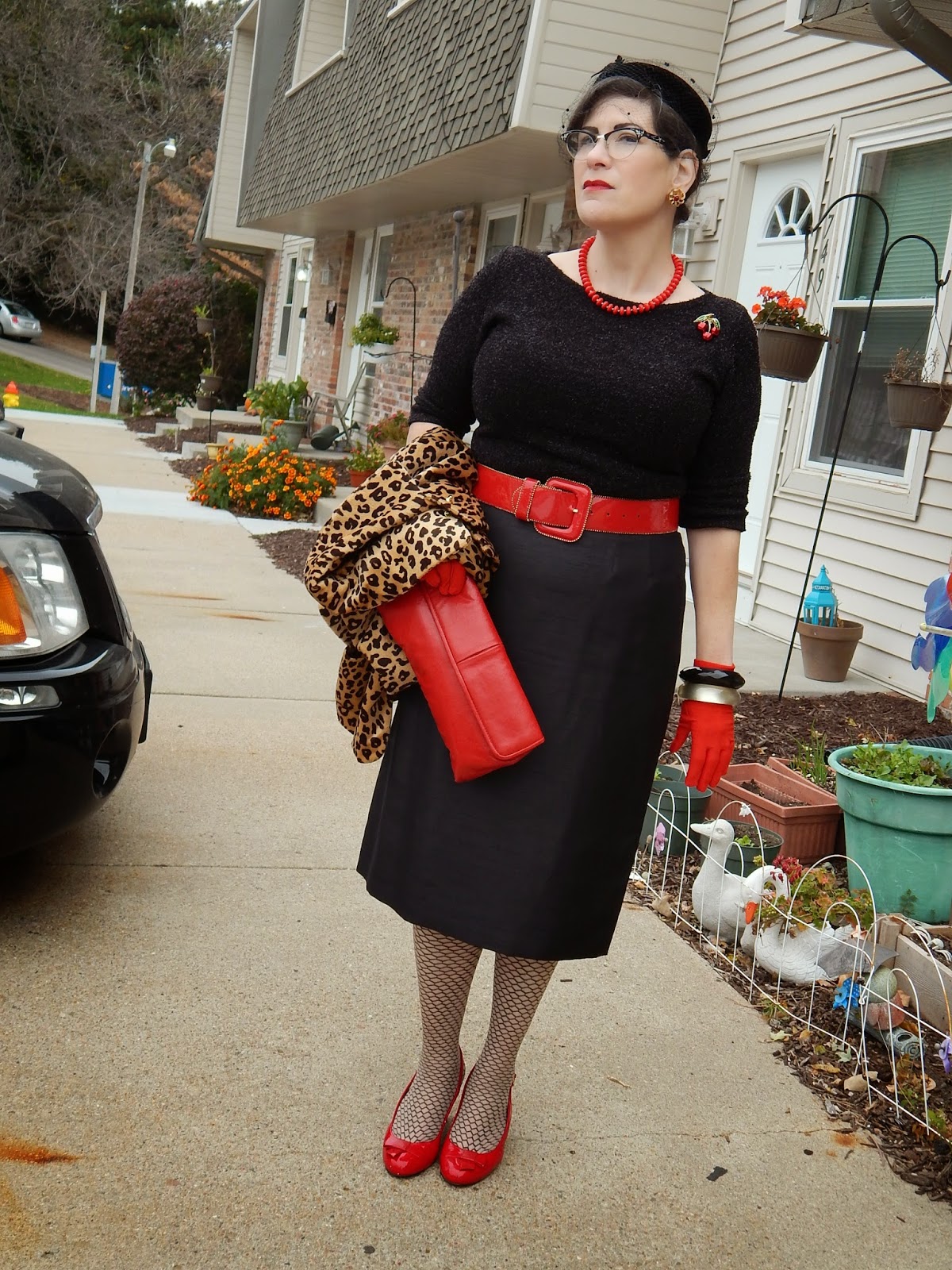 Tonight we have movies, and tomorrow the Warhol exhibit opens at the Josyln.  I never did make it to the farmer's market today, but there's a final chance tomorrow morning. We'll see.

Have a great weekend-try wearing a hat. You never know what sort of craziness you'll attract.

I love those health foods kind of stores that smell of herby tea and where the customers look like they haven't had sufficient protein in a century. I get so nostalgic for my hippie days. Now what kind of reaction do you think I would get if I wore a yarmulke???

Oops. I hit publish too soon. I love your kitty pin and well, your whole outfit. I'm kvelling.

For a while in the 80's girls were wearing them as a political statement, but now I think it would probably get you screamed at (or worse) if the person were orthodox.

And yes-why does everyone in the health food store look so unhealthy?

Really? Girls were wearing yarmulkes? I missed that one. Yes. I would definitely get yelled at for that.

That's a really good point, you know, I too have received similar comments that usually start with some version of "You look like you'd know" (or would want to know about). I think it's a sweet compliment of sorts that someone gives me the once over and can surmise that I know a thing or two about fashion (just as you definitely do!!!) based on how I look. Sometimes judging a book by its cover isn't such a bad thing after all. :D

Oh Goody that outfit is the most stunning thing ever. And I am still laughing at your taking a piss photo!!! You are such FUN!! How can a hat make you Jewish? Weird. Mind you my Irish mother in law told me when Jak kicked a ball with his left foot when he was small that in Ireland they would think he was Catholic! FFS!!

You look like a cuter Edith Prickly. I mean this as a compliment.

Hats are the very first thing I started collecting back in high school. I have many hats, but I just don't wear them. I really need to, they look lovely on you, just feel "odd" on sometimes.

I would steal that jacket from you if you were just a tiny bit closer.

OMG, give me that fecking COAT of glory!!!!! And the hat. I love that you are so ladylike. In your attire, that is. Woof!
How interesting that wearing a hat caused some religious confusing?! Bahahaha!
XXXXXXXXX