That went quickly. I was just bringing him home, carrying him in the crook of my arm. 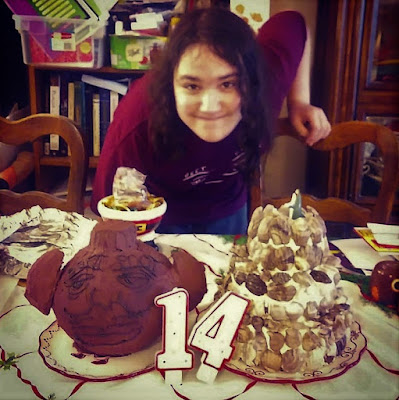 One day he's learning to form words, the next he's a sarcastic teenager. Happy Birthday kid-I wouldn't want to be mama to anyone else.

I feel the cakes need a bit of explaining. One of the few thing we enjoy doing together is reading Shifty Thrifting. We spend enough time in thrift stores that it is amusing to see the odd things other people find. One post that became quite popular was of a seemingly innocent SylvaC beetroot jar. Because of the way the lettering had worn, it looked like it read, "Beetpoot."
One night (or was it very early morning?) when Danny was having breathing issues and needed to sit and take a nebuliser treatment, I looked at his red face and expression and said, "You look like the damn Beetpoot." It stuck, and thereafter taking breathing treatments came to be known as, "Beet pooting." Thankfully, he never repeated this at his doctor's office because it would have been hard to explain. Anyway, he asked for a Beet Poot cake, so I made one. The eagle eyed reader will notice he is wearing a Beet Poot shirt as well. 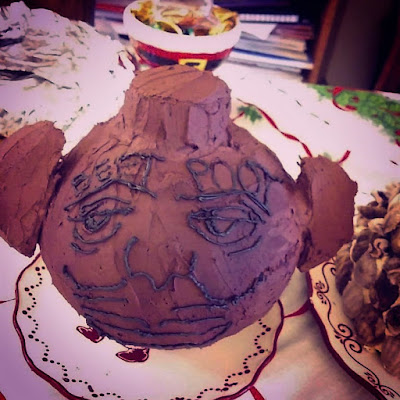 The poot looked more purple in person. The other cake is Shifty too. If you've spent much time in thrift shops you'll have noticed quite a lot of seashell "art" or as they call it at Shifty Thrifting, "Seashells Glued to Shit." Obviously, that needed to be a cake as well, so... 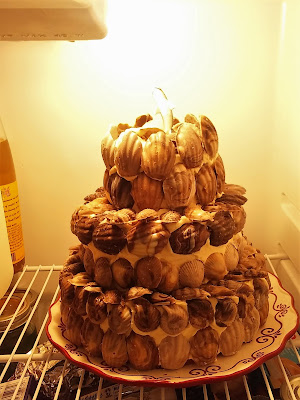 Seashells glued to cake. In the end I gave up and used chocolate to make the shells. It was difficult to photograph, but it really did look like thriftstore "art." 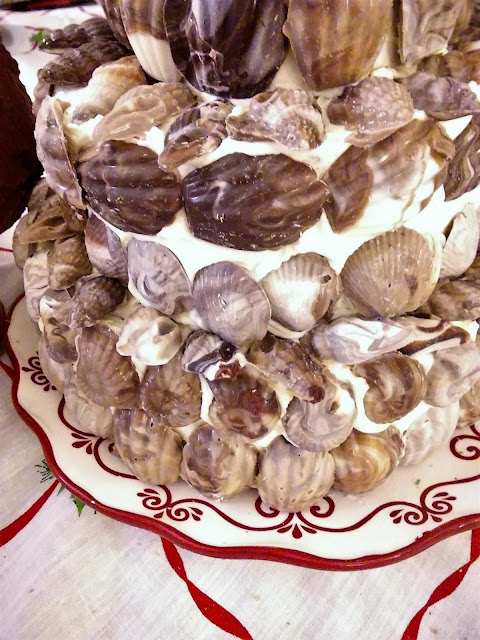 So realistic it is almost disturbing! 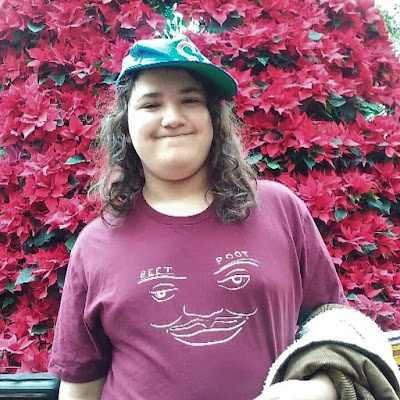 We had a fun day wandering around Lauritzen Gardens (our local botanical gardens) to see the poinsettia show and the tropical plants in the glass house. 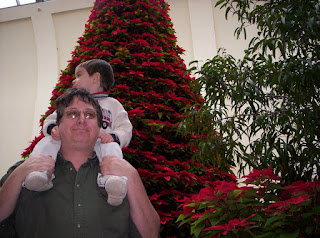 We've been doing that for years, but he can't ride on his papa's shoulders anymore. 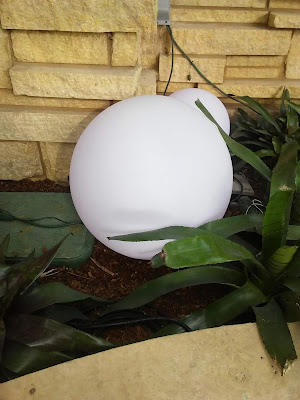 They had giant lighted orbs throughout the glass house that reminded me of the Rover from The Prisoner. 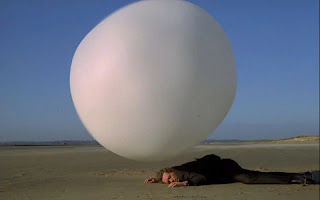 So naturally, we made jokes and got strange looks from people that never saw the show... 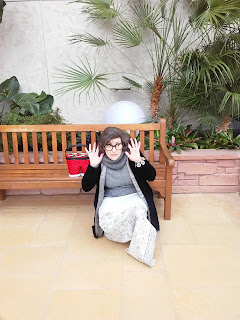 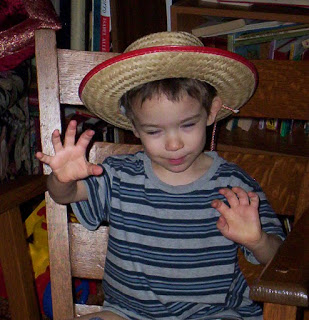 Happy Birthday, Pardner'. We sure do love you!

happy birthday danny!!!
do you know that you have the best mom on this planet??!!
the cakes are great fun! the BW & i are always fascinated by the seashell souvenirs in the thrift shops. he even calls me "muschelbärchen/seashell teddybear" sometimes ;-DDD but for making such cake i would go the lazy route and buy the belgium chocolate that comes in seashell form... ahem.
happy holidays! xxxxx

Awwww! Happy Birthday & congratulations & many happy returns of the day!

Happy Birthday Danny!
I rather like those chocolate shells glued to the cake, seems sort of wabi-sabi. I can recall a particularly ugly princess phone an aunt of mine had that was covered with GILDED seashells. CLASSY! It matched her gold bathrooom fixtures too.
I'm still puzzled as to why anyone would need a beetroot or beetpoot ceramic jar- but I live a sheltered life I suppose.
Wishing a happy holiday to you & yours!

Happy Birthday, it is obviously one full of fun! Those cakes are amazing.

My Grandparents had a beetroot and pickled onion pot like that.

Happy Birthday, dear Danny!
Loving the story behind the beetroot pot - it's a crap charity shop that doesn't have a least one of those on it's shelves. Your cake is utterly brilliant.
xxxxx

Happy birthday, Danny! Know that you have been blessed to be born to parents who love you, encourage you and best of all -- choose to fill your family life with memories of custom cakes and beet poot pots!

The cakes are fabulous, Goody. I'd love to pick the sea shells off Danny's cake and eat them!

Season's Greetings to you all.

Aw Happy Birthday Danny! Don’t forget that even though you don’t look up at your maw anymore, she is still in charge :) always listen to her.

Anonymous said...
This comment has been removed by a blog administrator.
10:23 AM

How nicely Wee Danny has grown. You have a good kid there. Also, Beet Poot has killed me dead.

@Beate
I thought about buying those chocolates but they are a very expensive import here (delicious though).

@Radostin
Thank you. He's enjoying his time off school by sleeping until noon every day-as teenagers do.

@Bibi
For beetroot relish, I guess? Happy holidays and new year to you and your family as well.

@Miss Magpie
Did they use the pots or were they just decorative? I'm dying to know!

@Ann
Shifty Thrifting is like looking at a trainwreck...you can't look away! I don't understand the appeal of seashells either. A nice pair of summer earrings, maybe but sculptures?

@Vix
Thank you. He's enjoying all the Birthday well wishes. I never gave SylvaC jars much thought until that baked looking beetroot jar!

@Beth
He'd better appreciate us because we plan to remind him over and over... ;)

@Veronica
Thank you. That's largely what we've been doing-the chocolate is far better than the cake.Seasons greetings to you and your family as well.

@Thrift Parka
Ha! You tell him!

@Propaagatrix
He's a good kid-better than I was at his age, for sure. Beet Poot is the best.

I love both your shifty thrifting cakes! My nannie Mac had a load of those fruit and veg pots, so she must've had a Beetpoot. Some of my foodie friends collect them now.

I am glad the Rovers didn't get any of your family. Many happy returns to Danny!

Wait, you MADE those chocolate shells!?! That small fact had formerly escaped me. I am bowled over. Also, I would happily sleep to noon every day if I could xx