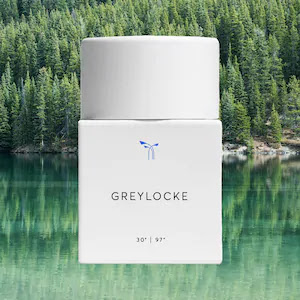 Some fragrances should come with a warning label. In Greylocke's case, a caution to wait 30 minutes after applying before sharing an enclosed space would be appropriate. This isn't a  fragrance you want to apply in a small confine like a bathroom. Monster silage? Oh yeah, but give it 30 minutes, and the beast settles down into something much more soothing.

I've only visited Mount Greylock in the winter. I'm not a fearful person, generally but I have healthy respect/fear of bears. You will not get me in bear-infested forests in summer. Oh I know, you can carry bear spray, keep your food far from the campsite, etc. etc. but know what? Bears. Now as the climate is changing who knows if bears even hibernate as they used to, but in years past it was a safe bet that you wouldn't be encountering ursine assholes on the trails around Greylock in January. You could get snowed-in, but that's winter camping for you. 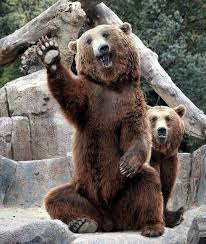 Greylock by Phlur does an excellent job evoking a cold morning at Mount Greylock State Park. As already noted, the initial blast (and Greylocke is very much a "one spray" fragrance ) is straight-on pine. Not household cleaner pine, nor freshly sawed wood pine, but the needles, warming in the winter sunshine. We have a stand of pine trees near our house that catch the afternoon sun, and walking beneath them (as they overhang the sidewalk in places) is an olfactory experience. Depending on the season I can be dodging dripping sap, or kicking along through fallen pinecones. Warm, late winter days you can hear the cones cracking open if you stop to listen. The ground beneath the trees is perpetually blanketed in fallen needles that go from dry and brittle to damp and rotting depending on the season. Greylocke is strong, but it isn't, "Oh, you've just mopped the floors."

The listed notes at Fragrantica for Greylocke are somewhat unhelpful, and as it appears to be discontinued there isn't a description on the company website. Pine and Apple Tree doesn't really tell you much. I've been in my share of apple orchards, but I don't associate anything with it except wet grass, as I always seem to go apple picking in the early morning. If there's an orchard smell, outside of what I'd think of as, "General Purpose Autumnal", being fallen leaves, hay, moulding cornstalks, I don't get it. What I do get from Greylocke, aside from the pine is vetiver, and lots of it. As a note, vetiver has always smelled, "cold" to my nose, where others find the freshness of spring green. Perhaps I've been conditioned by generations perfumers to believe the only note of spring is Lily of the Valley, and as a result can't get my seasonal nose to cooperate with anything else. When I think, "What's a good fragrance to wear with heavy woolens?" I think something with vetiver. Sometimes lavender. Often both. The pine/vetiver action in Greylocke would be a good addition to the wardrobe.

There's something else going on with Greylocke that isn't floral, but evokes florals? I know I sound like an asshole saying that-but stay with me for a minute. It almost smells like they created a new flower. I get a similar sensation when I eat ruby chocolate-it tastes like fruit, but not fruit you've encountered. If you haven't tried ruby chocolate-do it. You won't be sorry. Back to the floral/not a floral in Greylocke, your guess is as good as mine, but it feels soft, a little powdery, but a million miles away from an iris or any of the traditionally powdery flowers. It is really lovely, I wonder if they've been able to expand on that with any of the other fragrances.

Lastly, I smell tea. Not an herbal tea, or a green tea, or even good black tea. Just, tea. Cheap, orange pekoe like they use in low-end, store-brand tea you used to get in restaurants across America in the 70s. Tea that would disappoint me now, and would have likely been brewed with just tepid water, but would have been acceptable in mid-70s, mid-America because you were probably suffering a sore throat anyway and just wanted something warm you could dump honey into. Why else would you be drinking tea when there was Nescafe? Anyway, it is there, in Greylocke, too weak to even summon tannins, but enough to make you want to brush your teeth.

I could be my skin, but Greylocke doesn't last more than a few hours. It is better on clothing, but despite the strong start, it is barely there after a few hours. As I don't enjoy the initial 30 minutes of Greylocke, it does keep me from wanting to re-apply. How I wish Greylock came with a fast-forward button.

Looking around the internet, you can find a full bottle of Greylocke for about 90 bucks. Not horribly expensive, but with such terrible longevity, I hardly think it is worth the investment. If you can buy a second hand bottle, or get samples (which are plentiful and easy to find online) it might be a better route.

Greylocke has such potential, but for a fragrance that only really shines for about an hour, I'm disappointed. That floral note though...if they sold that as a soliflore, I'd buy it in bulk.

Wow, what a great review!

Back when Phlur still sold Greylocke, their website said that one of the official notes was birch leaf. And overall, the scent was supposed to evoke the smell of the New England coast plus the forest. Hence the cold, salty, damp sea smell, plus the pine. They certainly succeeded in that regard. I suppose their other, implicit goal in creating Greylocke was to create a scent that was the total opposite of Moab, which was their dry, hot desert-themed scent from the West.


I must have been living under a rock all this time, because I hadn't heard of ruby chocolate. I promptly looked it up on Wikipedia, and now I want to try it.

I'm eating a runza right now. It is SOOOO good. I veganized mine by using chia seeds instead of eggs, Earth Balance sticks instead of butter, and unsweetened almond milk instead of regular milk. And of course I used vegan ground "beef." Gimme Lean wasn't available at the stores near me, so I used a different brand.

The bread is unbelievably fluffy. I can see why people love this. It's amazing! Thanks for sharing the recipe.

P.S. Someone who reviewed Greylocke at Fragrantica.com three years ago kindly copied and pasted the note list from Phlur.com:

So that orange pekoe note you were getting was probably the bergamot and the grapefruit.

"Why else would you be drinking tea when there was Nescafe?"
Or Sanka.
;)
I've seen the ads for Phlur and would like to try Hanami and Olmstead & Vaux.
The fragrance descriptions sound a bit like Jo Malone and I was wondering if Phlur was equally short lived. Greylocke is in stock at Sephora.Sephora lists the notes as:
"This refreshingly woodsy scent hails from New England’s coast: think pine trees, birch leaves, and ocean air. It does so with notes of sea salt, bergamot, birch leaf, silver vetiver, and pine resin. It was also named one of the best fragrances of all time by Allure."
I wonder if Phlur's bergamot is the floral note you like so much?

Your ability to evoke the memory of a smell by tapping the memory of a taste in time is incomparable! "Cheap, orange pekoe like...you used to get in restaurants across America in the 70s...brewed with just tepid water." I can taste the disappointment even now.

As for straight-on pine considered as a suitable fragrance to wear with woolens? I'd rather imagine my outerwear as furs (Fear not, the ancestral mink stole served as a posh pad in the bed of a 20-year-old cat) and wear Antilope by Weil. Or maybe 4711? Something one could spray on a frozen bathroom window and anticipate a porthole for peering into a frozen landscape?

Love the pix of the waving bear! Oh, hai!

Fab review! I could almost smell it...

smellin´like a woodsy mountain under 2m of powdery snow sounds like absolute heaven to me!!! its my natural environment.
but a perfume that knocks you out first, only to disapear into thin air an hour later is not worth its money.......
love the text!! very much!
xxxxx

@Emily
I'm so glad you liked the Runzas. I'm going to update the recipe post with your use of egg replacer, etc. for other vegans that might want to try it.
Ruby chocolate is incredible stuff. I was pretty blown away by it, and I'm not really a flavoured chocolate kind of person.
We have a birch tree nearby-do you think the neighbours will call the fuzz if I go have a sniff:)
It could be the bergamot, though in my brain that's more Earl Grey (which I loathe drinking but don't mind the smell of). I never underestimate the nose/brain ability to make connections.

@Bibi
Sanka-because the social pressure to have after-dinner coffee in the 70s was so strong you'd drink just about anything to fit in. Remember Potsum (which I always call Potsdam in my head)?
It could be the bergamot, but I never felt so strongly about it in things like Shalimar.

@Beth
My furs all smell like the mothballs previous owners filled the pockets with!
I bought a small bottle of Antilope on your suggestion. I like it, but haven't given it enough wears for a review. That's something I should do, so thanks for the reminder.

@Ann
Thank you. Do try the chocolate-if only for a few minutes it does provide a really pleasant experience. We can all use a bit of enjoyment at this point. We have a brand called Chocolove that's fair trade, etc. and they make just exquisite candy. Worth every penny.

@Veronica
Don't say I didn't warn you about the chocolate-it is addictive. Unlike regular chocolate I find I'm able to eat it in quantity!

@Beate
Thank you.
It definitely isn't worth the money, but if you can get small samples inexpensively, that's the way to go. So often you're paying for a fancy bottle, not the perfume.

That sounds intriguing - possibly more Pete's sort of thing than mine. I always think of vetiver as a hot-weather scent, something chilly to offset the heat.

I adore Greylocke. I put it on and then literally huff myself all day long. It is my favorite fragrance of all time.