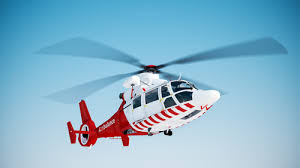 I live across the street from two hospitals, with a third only a few minutes down Dodge Street in good traffic. On a typical day, I don't spend much time upstairs except to shower and sleep. Isolated for the next several days in the silence of a room away from everyone's activities, I hear the medical helicopters heading to the hospital and back. All day, all night, a seemingly constant roar as they fly in low ferrying the sick from rural areas with inadequate and overwhelmed hospitals. At street level the ambulances fight their way through streets that ought to be seeing less traffic, but aren't as the steady, misleading messages about a deadly virus provide a convenient reassurance that aligns with what we wish to believe. Like Father Christmas, the Easter Bunny, the Illuminati.
Eight days ago the president (and you'll forgive me my pettiness in neither typing his name nor capitalising his title, something I still managed to do through Presidents Nixon, Reagan, and two Bushes) crammed thousands of unmasked supporters into close quarters on an airport tarmac in Omaha to chant and cheer as the positivity rates were soaring in Nebraska and our hospital systems, already stretched thin, warned we were seeing exponential growth of Covid. I know maths are hard to understand, even for the very stable geniuses amongst us, but here's the deal as simply as possible-a quantity that increases with a rate proportional to its current size will grow exponentially. As the quantity increases, so does the growth rate. Nebraska has a good hospital system, but they can't help you if they're out of staff. You can build all the field hospitals you want, but without people to work them, we are, pardon my coarse language, completely fucked. We can't just bring in workers from out of state as the whole country is facing a similar situation. We know better, but without leadership in places that matter (and I am looking squarely at you governor) there's going to be nightmarish numbers of dead. You think spring was bad? Welcome to Covid 1.5 (we aren't even in the second wave yet).
We have some of the very best infectious disease people here. I can't think of a better place to come down with a new virus than Omaha, under normal circumstances. If the politicians would just listen to the very good guidance available, we'd be in a better position, but somewhere along the way they decided having the lowest unemployment rate in the nation was more important than having the highest coronavirus rates, and here we are. Eventually they will run out of low wage workers, but I guess no one is thinking that far ahead. Everything is open for business, schools as well. Kill everyone, that's capitalism, folks.
As I type the helicopters continue, and the news networks have cut away from small "p's" press conference as he was standing there spouting  lies about the election. If only they'd approached him that way from the start of the pandemic. I wonder how many people went blind or had heart attacks from taking mega doses of Hydroxychloroquine? Bleach I.V. anyone?
We had 486 cases today in Douglas county. Our population is 571, 327 (this includes areas outside of Omaha). Our total number of infections so far is 24, 737. Our total number of deaths stands at 242.
For the nerds, here's a link to the county covid dashboard, if you like that sort of thing HERE
You don't need a maths degree to see where we're headed, and it is nowhere good.
I'm not sure at what point, if ever,  we'll start listening to the public health people. Does anyone really think a vaccine will miraculously make this disappear? Besides small "p", of course. Does any rational adult that hasn't thrown their lot with the conspiracy crowd, honestly think you can vaccinate the entire world in a short period of time with a 100% effective vaccine, and then, "Poof" your fairy godmother waves a wand and we all go back to life as we know it? We know what helps though. Masks, social distancing, good hygiene. Why wouldn't you do what has been proven to help as we wait for long term treatments? To make a political point? Are you willing to die or kill to "Own the Libs?"
I am worried. Small "p" is still going to have the ability to do a shit tonne (not an official mathematical unit of measurement) of damage to our country (and probably a few others as well) before January, assuming he ever leaves and doesn't just brick himself up in his residence behind a wall (we know how he loves walls) to protect himself from his own people. I'm picturing a wooden sign nailed to the front gate, slightly askew  reading in sloppy hand, "No Girls" with the requisite backwards S. We can build a new house. Let him have it.
When Danny was starting school, we read aloud the short work by Edward Everett Hale, The Man Without A Country. It left an impression on a five year old, as he still remembers reading it. I know small "p" has probably never read it, and wouldn't see himself in it, but that's not my point. I comfort myself these days with the thought of small "p" imprisoned on a Navy frigate (preferably one named after a certain dead senator he couldn't stand) just in view of his tower in New York, the big gold letters visible in the night sky through a tiny porthole. As daydreams go, that's a rather good one.
Meanwhile, the helicopters and ambulances keep beating paths to the hospitals.
Posted by Goody at 5:16 PM

"assuming he ever leaves and doesn't just brick himself up in his residence behind a wall,"

I thought of Edgar Allan Poe's "The Cask of Amontillado," in which an unsuspecting man gets sealed behind a brick wall... for all eternity! *evil grin*

But yes, a more fitting punishment for president Harumph would be lifelong imprisonment on a ship within view of New York City. Oh, for him to see the shores of the stage he once commanded, and to know he will never have that kind of power and influence again... that's the ultimate blow for a pathologically dishonest and narcissistic politician.

I wish someone like Dr. Fauci would hire you to write stern-sounding blog posts like this one to wake people up and make them behave more sensibly in response to this out-of-control pandemic. Your job title could be something like the Minister of Reason because heaven knows America needs more common sense.

Odd scraps of knowledge cling to memories of college like ivy on the walls of the lecture hall. This, from a course in Ancient Greek: "The gods themselves have no defense against stupidity." Ditto, the arrogance of ignorance.

Has there ever been a US election where an "unscalable fence" was put up around the White House? That about says it all right there.
I don't know what is going on around here. I only leave the house to shop once a week. The local & national Nepali gov't has turned a blind eye to enforcing any Covid restrictions during the month-long high Hindu & Buddhist holidays here. Indians are bribing their way back into Nepal across the supposedly sealed borders for less than a dollar.Yet the death count lingers at only 1,000 - far less than the predicted 5,000 deaths (best case scenario) or 40,000 deaths (worst case scenario) estimated by an Oxford U study for Nepal. There are only 900 ventilators in this nation of 30 million people. I wonder if South Asia has a less lethal strain of the virus? Are immune systems more rigorous due to the low sanition? Or maybe it is because South Asians rarely live past 60 yrs old? (Only 6% of the South Asian population is over 60 yrs old) Hard to say as the gov't ran out of funding for Covid public services mid October.

first - my thoughts are with you in your isolation and waiting.....

even with our (german) government stating every day to follow the rules, police controlling mask wearing in trains and public places and a semi lockdown numbers are rising. people are not willing to be careful.
our high tech hospitals already run out of workers too - cancer and ortopaedic surgeries are cancelled to have ressources for heavy covid cases.

hugs! (save virtual ones!) xxxx

I'm not a pesimist myself, but can't ignore that there are hard times to come (no magical solutions on sight). And our governments are making them harder with their stupid egoism. We are having some of the most nonsensical politics ever here in Spain (and we're famous for them!). Even our best arm, our universal health care system, has revealed weaker than expected, after years of being sacked by politicians. Covid has revealed all the damage that austerity politics have been causing. Don't want let anger take over me!

I've been watching and reading the news on US elections, and feeling really concerned. Hoping for the best anyway!
besos

@Emily
I'm glad I didn't come across as heavy handed and preachy-I was trying to strike the right tone. This is so unnecessary, and people just won't listen to reason.

@Beth
Ain't that the truth!

@Bibi
I wonder if the average Nepali has type O blood? Some people seem to think that provides some sort of protection. Could be under counting too?
The fact that the White House was only protected by a fence that would be scaled every so often would seem to indicate that for 200 some odd years it wasn't a threat. Gee...wonder what changed?!

@Beate
Watching over husbands is part of our jobs ;)
I'm sorry to hear people aren't following the rules. I don't know what it is with people thinking they are somehow special. Stay safe and healthy.

@Senora Allnut
I don't blame you for trying to stay positive-what else is there to do, really? I'd like to think all these politicians across the globe will learn something from this pandemic experience for the future.
Our election *holds head in hands*.

The whirring of those helicopters and the ambulance sirens do sound truly apocalyptic. We've certainly been hearing more sirens here too these last couple of weeks. And in spite of Belgium's health services generally being considered excellent, hospitals in some of the Walloon cities which have been hit the worst are FULL, so that people are being taken to hospitals over the border in Germany! Needless to say, I am very worried too. Still, Covid-19 news seems to have vanished and replaced by the US elections. Like Emily, I had to think of the great Edgar Allan Poe's "The Cask of Amontillado", and in spite of everything, your thoughts on small p's fate did make me laugh. If only ... xxx

Oh lordy, that all sounds terrifying.

There's no hospital in my town, everyone has to go to Bath, but this area's been pretty low for cases. Even so, though it doesn't feel properly real to me here, I'm jolly well staying in because as you say, when there's no-one to treat people and nowhere proper to treat them, we're completely fucked.

You're doing all the right things; I hope you and your family stay well.