A Week of Terrible Photos (but interesting stuff) 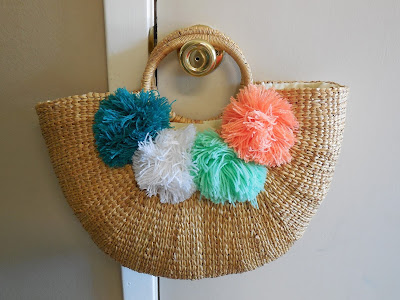 Making my way through the World Market on my way to the rear of the store where they keep the beer, I spotted this coffa-like bag. I rarely buy handbags (or much of anything else) new, but it was the only one, and I wanted it. Forty dollars later, it was mine. I think I will remove the pom poms and give it a proper makeover with gold braid and some fringe-but not until the end of summer. I rather like the casual look of the pom poms. So that was my extravagant purchase of the summer-not too bad. 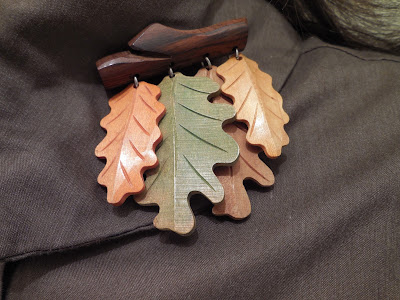 A somewhat less extravagant purchase was this vintage wood brooch. I know we still have a short time until autumn leaves are an appropriate accessory, but I couldn't resist giving it a wear on an unseasonably cool day earlier this week. 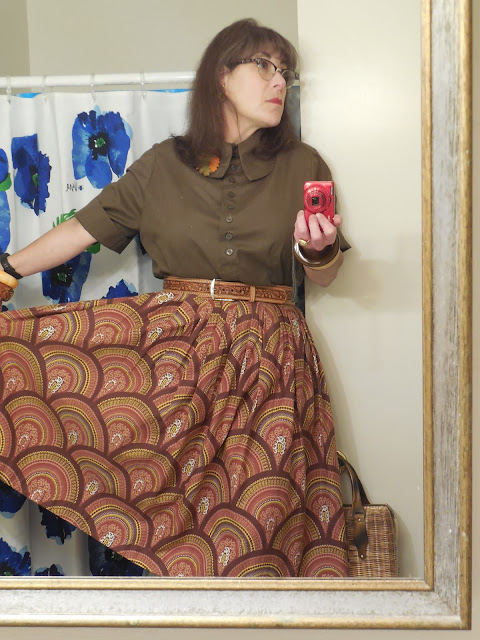 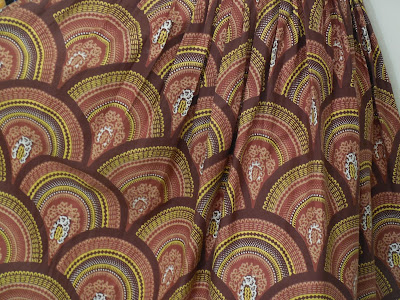 The skirt and top are both true vintage, and I'm sorry I didn't get better photos. Sometimes the Universe conspires against you. 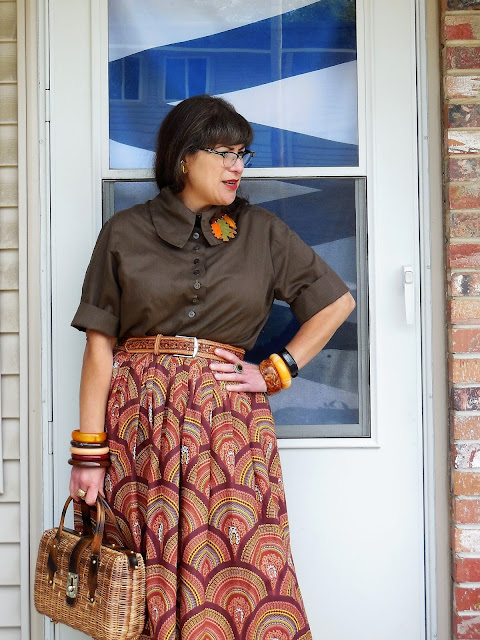 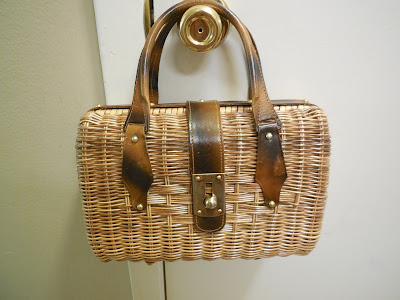 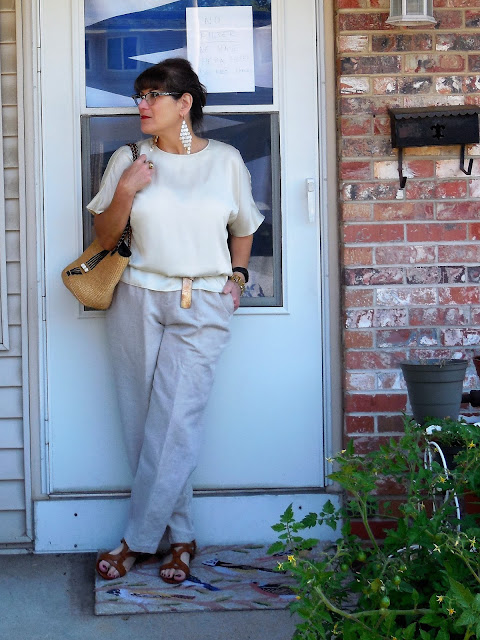 Pleated  linen trousers, raw silk blouse, big earrings. I've had the Liz Claiborne trousers since the 80's. I've worn them maybe a dozen times, but they're so practical I can't bear to get rid of them, even if rarely worn. Anyway, it was good enough to wear for mini-golf. I won too! We are trying to eek out every last bit of summer before school starts in September. 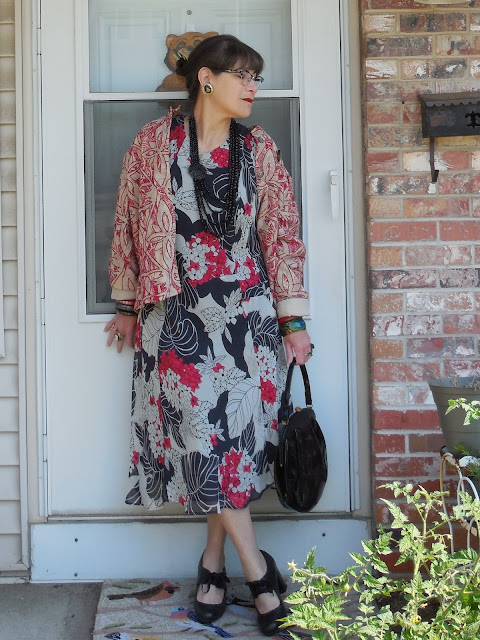 This was today's outfit. The dress has a matching short-sleeved jacket, but I don't like how it looks. Sometimes, I wear the dress with a vintage kimono, but today I went for this Coldwater Creek jacket I bought years ago but never wore. 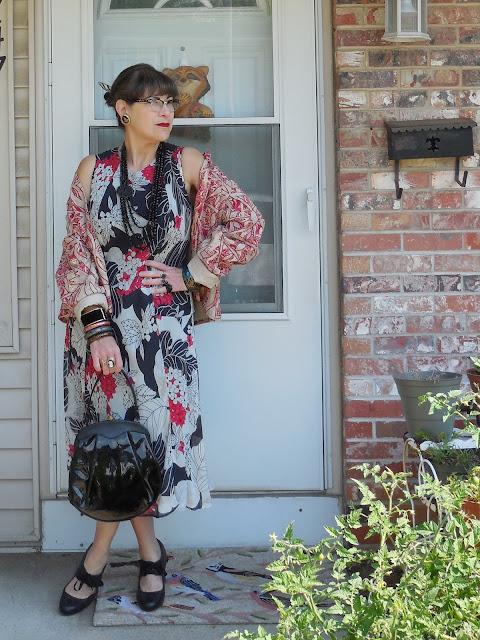 The sleeveless dress doesn't really require a jacket as it is bias cut and looks less like a sack than long waist-less dresses typically do. I had a bit of business to attend to today though, and I thought doing my best, "Authoritative old lady" look would make things easier. It did, but I still resent the fact I need to dress like Iris Apfel to get taken seriously in middle-class circles. Not that there's anything wrong with dressing like Iris Apfel. I just wish it were more choice than obligation. I also had to channel my mum and start my sentences with, "What you need to do" as I find idiots respond better to instructions than open-ended requests. To ensure a good performance, I did my very best Katharine Hepburn-esque New England accent. Sigh, the lengths one must go to getting a refund for a faulty pastry cutter at Sur la Table without their receipt! When the revolution comes there's gonna be free pastry cutters (that work) for everyone, and we can dress however the fuck we want, whenever the fuck we want, comrades. 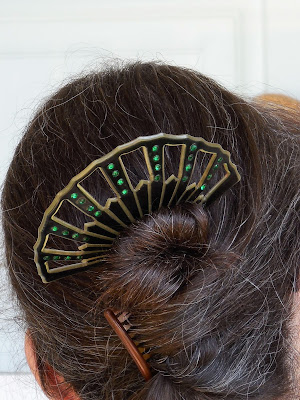 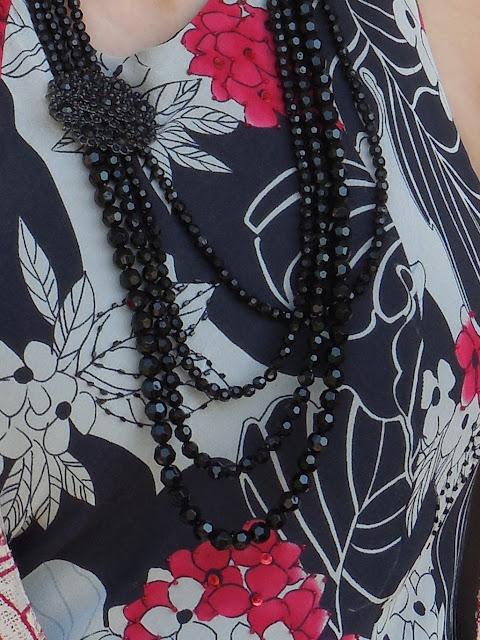 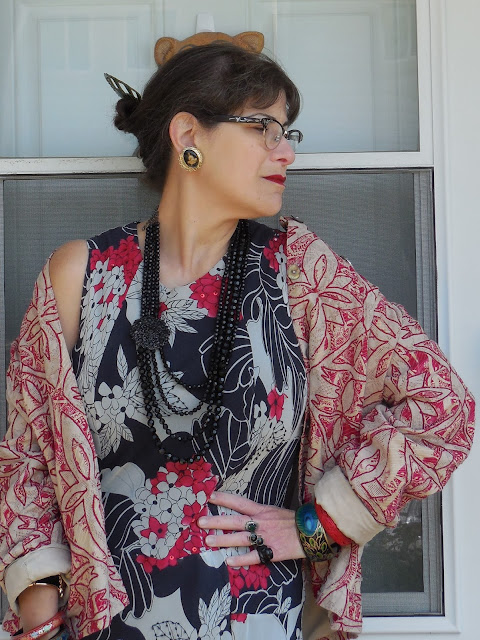 I'm spending the weekend resting after all the sleep deprivation of the past few weeks, then Wednesday is the big pie event. I've perfected my sour cherry pie, and my plum, but the apple is worrying me a bit. In the U.S. apple pie has both a top and bottom pastry which does change things a bit. I've come to understand when baking for contests it is best to give people the pie they want rather than the one you think they should! That said, I really don't like cornstarch (cornflour) as a pie thickener, so I'm likely sticking with quick cooking tapioca. Just for the family, I use flour in apple pie, but for the fair I suspect they're looking for something clear and thick. *Shrugs*. I just found out that the woman who dominates the contest year after year is a professional pie baker with a business selling pies. Right. There's nothing in the rules prohibiting a professional from entering, so I can't blame her. Knowing this does make me feel better about having my arse inevitably served back to me on an 8 inch pie plate! 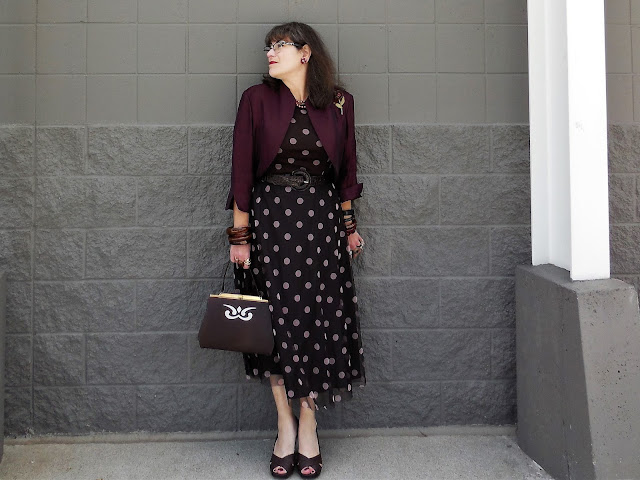 Okay, maybe next week will bring better lighting and better photos. I know when to call it a day! 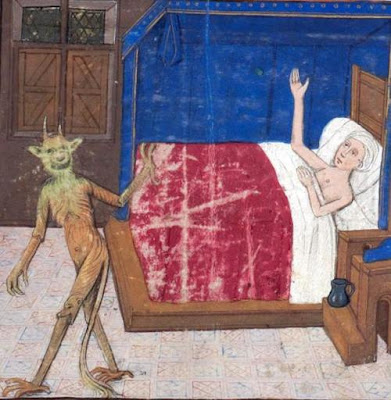 "What you need to do" as I find idiots respond better to instructions than open-ended requests."

And that there is an "advices" (as we say here on the Subcontinent) that would seemingly serve you well through these turbulent 21st century times of hype, hyperbole, and ongoing asininity. Take heed!

Well, I love all your Fall-ish outfits! Warm colors look so fab on you.

The linen trouser & raw silk top are what I'd call my mom's middle aged uniform. Add a half a dozen heavy varicolored jade bangles, gold cuff earrings, and gold chains with heavy Chinese coins dangling from them & that was it! She had a pair of Geoffrey Beene bifocals that had a jade & gold Chinoiserie theme too, wonder what happened to them?

I prefer tapioca but I know most of America loves cornstarch glop.

Looking fab as always and I'm not surprised you bought the pompom bag. You've just reminded me I bought a new new bag too this month too, like you it happens maybe once a year!

My Mum always used a spoon of semolina in apple pie, I remember my Dad was horrified when he found out as he hates the stuff but of course it's not like you can taste it or anything. Fingers crossed you nail that pie.

On the contrary, your photos turned out beautifully! I especially like the one of you posed against the gray wall. The different shades and textures of gray made for a nice backdrop against the darker hues of your outfit.

I'm glad to hear your eclipse-viewing went well, as did your trip to drop off all those delicious baked goods. That beehive cake is a real stunner.

@Miss Magpie
Semolina makes sense as it would absorb any excess, "Pie soup". I made a baklava-type dessert once that used it with a custard base-that was delicious.

@Ann
I just came back in from an early evening walk-there's definitely an autumn chill in our air. I was regretting not wearing a jacket. That's very unusual for Omaha in August.

@Emily
How was the eclipse by you? I hope your friend enjoyed the visit. We were very lucky-people a few miles away were clouded out.

Holy cow, you can wear beige! That's pretty much a superpower for anyone who's not either icy blonde or deliciously dark-skinned.

Most pies in the UK have top and bottom crusts - with a bottom only, it's usually called a tart. And the pub-type pie, which is usually a dish of meat filling with only a top layer of pastry, provokes ire in some quarters, from people who like their pies to have pastry on the bottom as well as the top. I make mine in enamel pie dishes, which seem to give a nice crispy crust, though I've never tried keeping them for any length of time, they're usually eaten as soon as they're out of the oven. So no idea what would work on the apple pie front. Cornflour? Arrowroot?

I love your last-but-not-least ensemble, each piece individually and as a whole. This shows what happens when a stylist is driven to dream of plum pies.

The lawyer look isn't you, agreed. However, I can envision you wearing it to a lawyerly meeting with a fleet of bug pins crawling down a lapel. Bees?

We await the unveiling of the revamped NEW bag!

The eclipse was great! We had perfect weather conditions, and the drive wasn't that bad. Our visiting friend had a great time, and so did we.

I hope you guys have a wonderful return trip to the State Fair, and many, many prizes for your hard-earned work!

@Mim
I can only manage beige in the summer-by October my deathly pale look will be back.

@Beth
I have bee scatter pins!

@Emily
I'm so glad it went well. What a cool experience that was...now I want to see another!