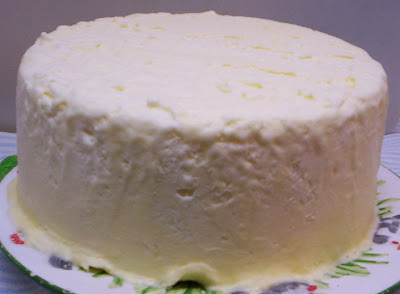 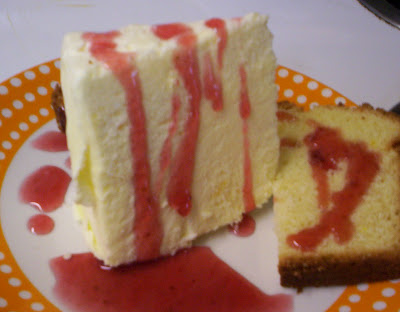 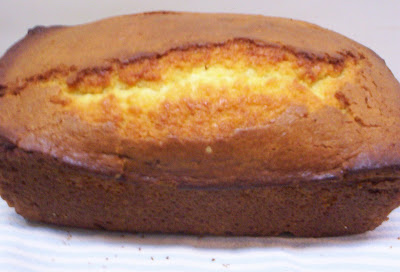 I've made the frozen mousse before following THIS recipe for grapefruit. Today, I exchanged Cara Cara oranges hoping for something along the lines of a Creamsicle. Mr. Eat The Blog says it is better than a Creamsicle because it doesn't smell like Glade (the air freshener). I guess that's a compliment. I really like the recipe even though it is kind of fussy if you're beating egg whites and whipped cream with a whisk (note to self-get the stand mixer fixed already). I'm going to try it with cranberry juice next as I think it would make an excellent dessert for Thanksgiving (I'm "it" this year, so no trying to get away with serving creamed cod).

The sauce is a reduction of pomegranate and strawberry. The strawberry was more prominent but against the orange it worked nicely.

The cake was interesting-I didn't want to make a heavy pound cake, so I used the recipe HERE, and was very pleased with the results. Sure, pound cake would have been better (I mean, come on that almost isn't a fair comparison-actually, it isn't fair at all) but my pound cake recipe makes a massive tube cake and does not do well being halved, so I tried this instead. It was very moist and the orange flavour was subtle enough that Danny ate it ("I hate citrus. I just hate it. I don't hate it as much as squash, but I still hate it.")

Over high heat, dissolve the sugar in water. Reduce heat to medium and add the pomegranate seeds and strawberries. Simmer until reduced to about half volume, mashing fruit occasionally with a potato masher. Strain through a fine sieve and then return liquid to pan and reduce again by half. Strain again into a heated jar and let cool. It should thicken as it cools. Keeps in fridge about a week. Also good diluted with sparkling water and ice.
Posted by Goody at 6:02 PM
Labels: Blood Oranges, Cake Coffeecake, Citrus, Fruit Sauce, Quickbread, Sauces