Matzo Balls From The Boston Globe 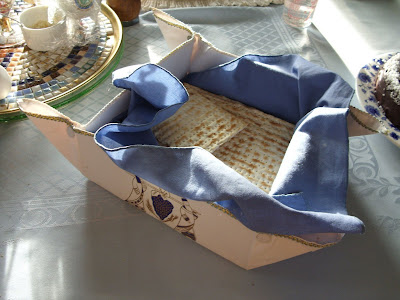 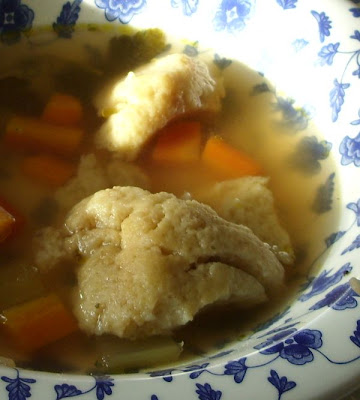 My first thought was that the recipe sounded overly fussy, what with beating the egg whites and yolks separately. Still, I wanted to try for something a bit lighter than my usual heavy, "superballs" that could be used for a mean game of jacks if you didn't want to eat them.

So I was wrong, I mean, I was right about it being fussy, but they turned out excellent-and light. I actually used chicken fat to make them since I had exactly three tablespoons of the stuff sitting in a jar in the fridge. That was handy, eh? I did not boil them in broth, but they still turned out full of flavour.
Posted by Goody at 6:43 PM
Labels: Jewish food, Matzoh, ou want I Should Cook With Schmaltz, Passover, Passover Jewish, Soup, What y