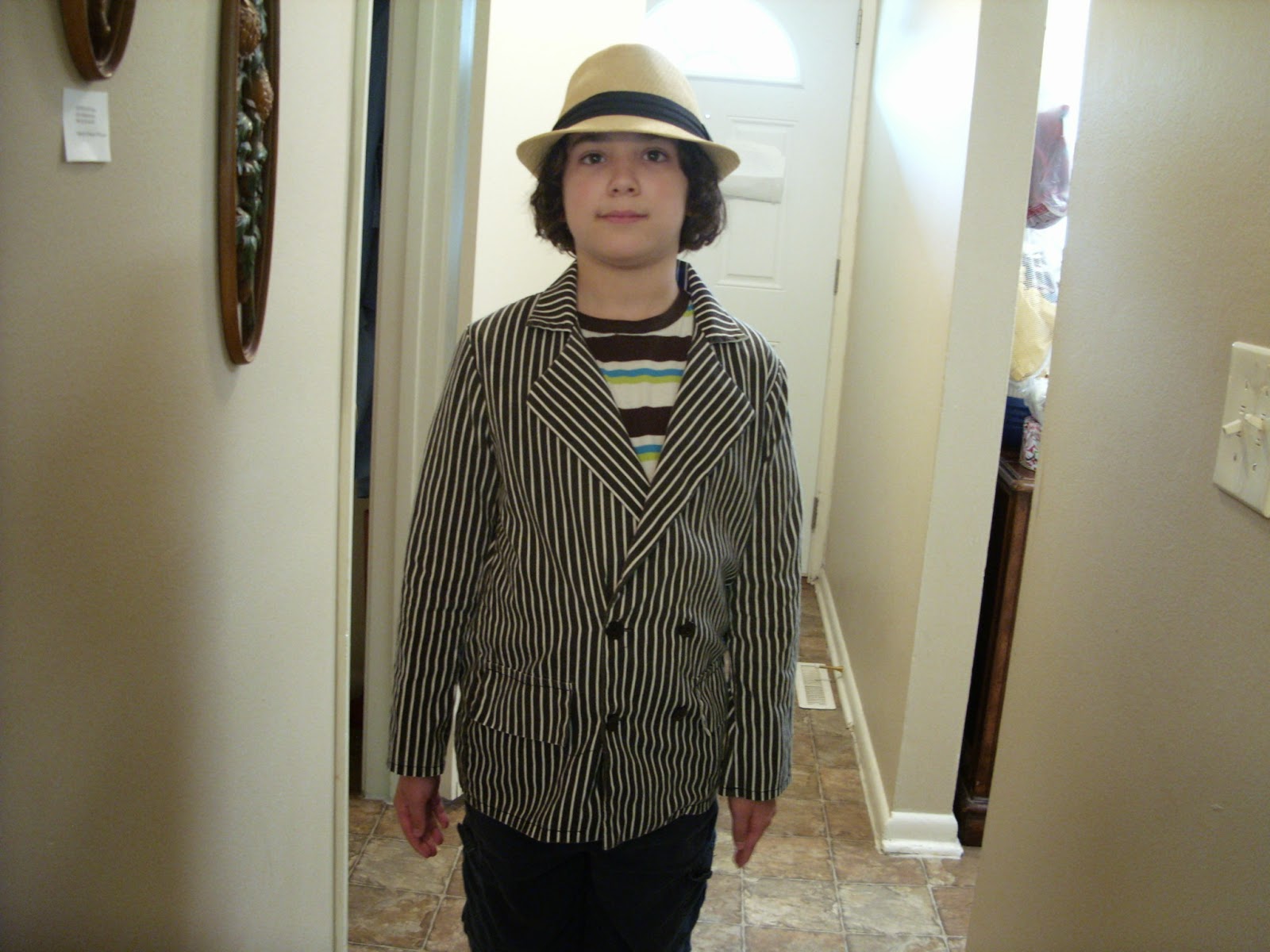 So yesterday, I was complaining everyone equates Chicago with gangsters, and today my kid is dressed like one. Sigh, no one to blame but myself-I bought him the suit. The hat was his decision. 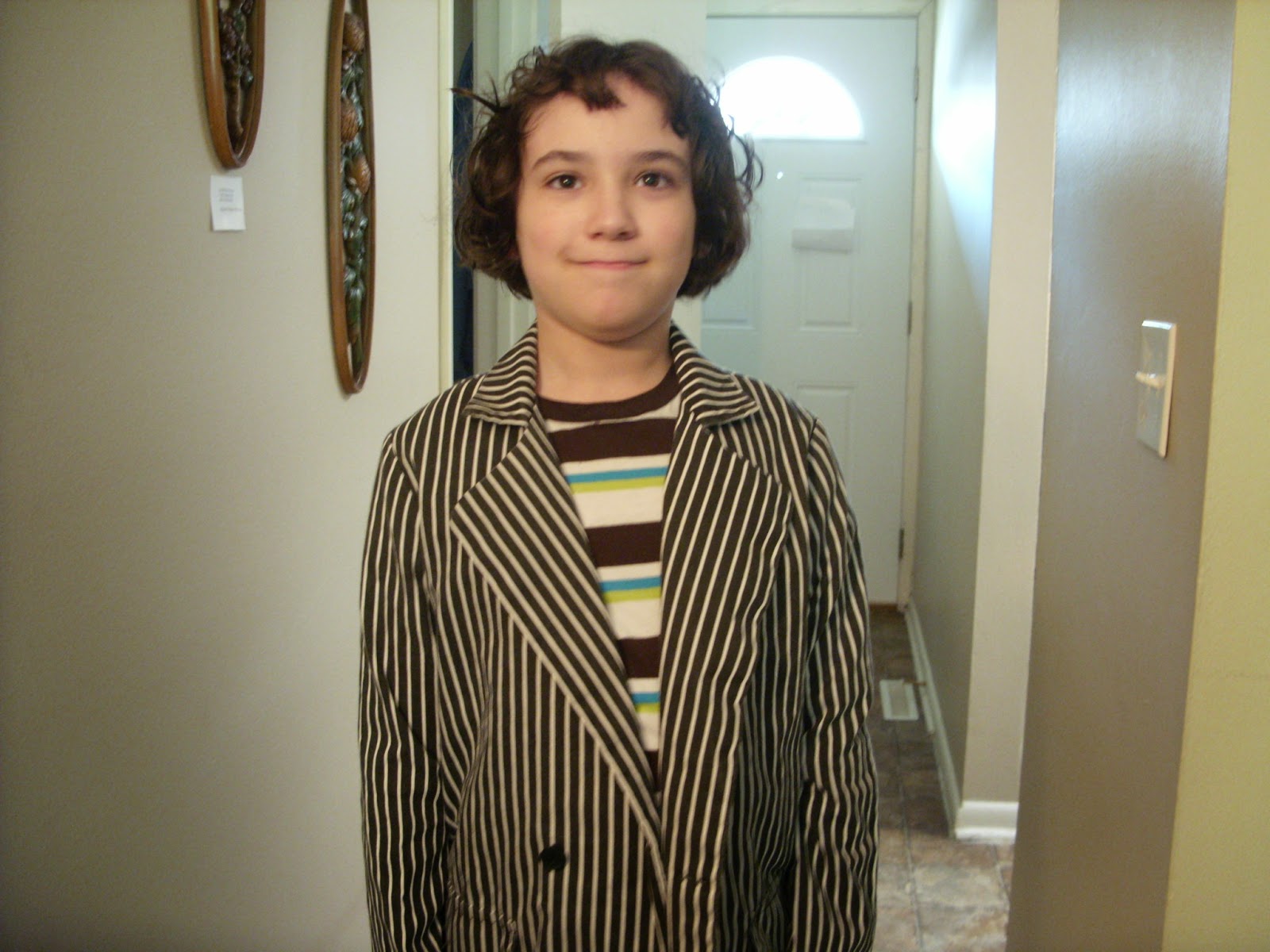 He needs a moniker, maybe "Smilin' Dan" would work. The sort of guy that would rough you up for you first editions. "Hand over the books mister, and no one gets hurt..."

While we're thinking about the 1930's, here's the dress I mentioned in the previous post. I could not get it on my dress form, which is strange as it is small, but not that small. I think my dress form has unusually broad shoulders. Because of the bias cut, the dress looks smaller than it is, though I doubt very much it would fit me. 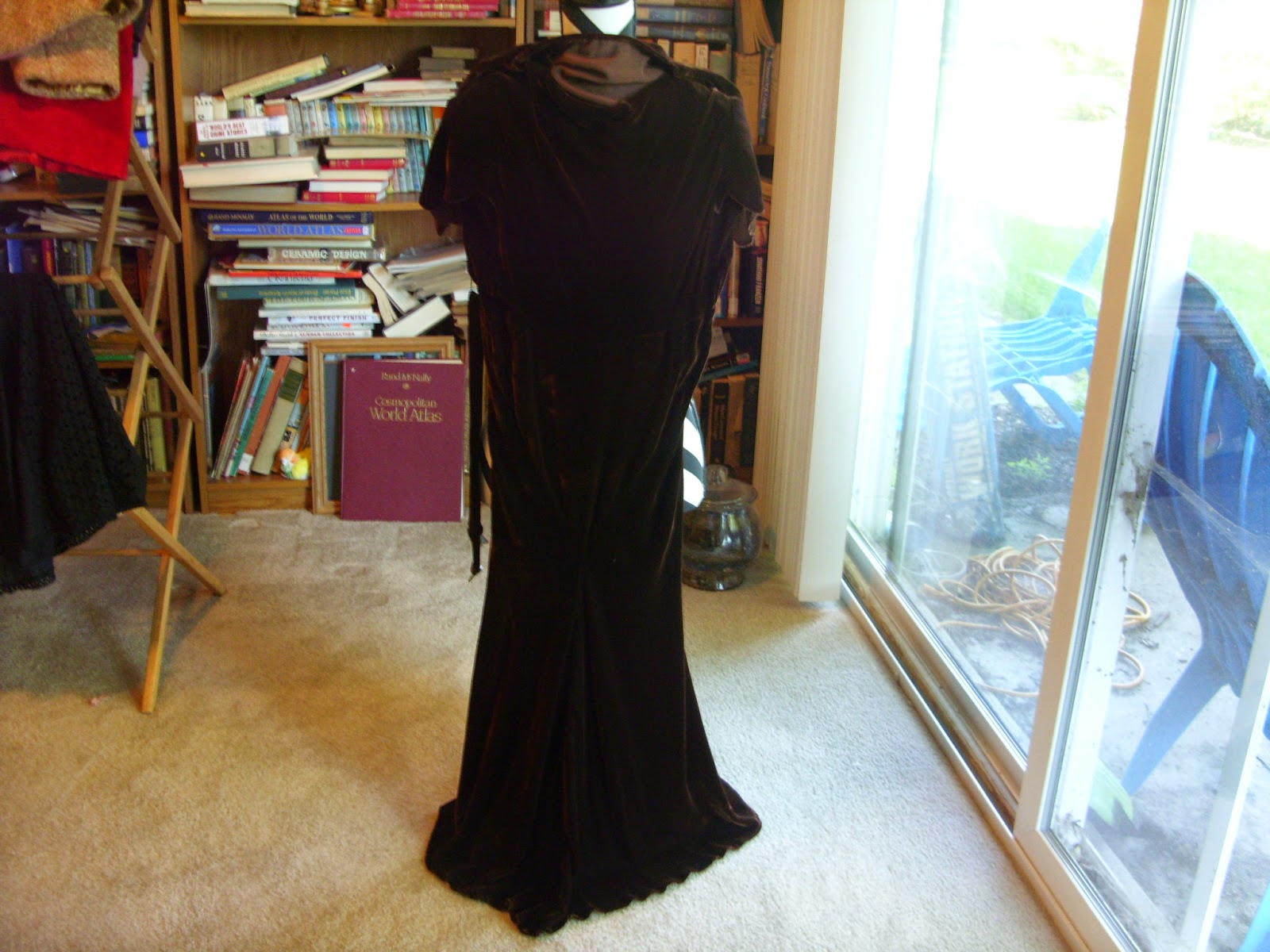 This is sort of flopped onto the form. Even the belt wouldn't go around. Strange. Leave it to me to buy a freakishly odd shaped dress form! 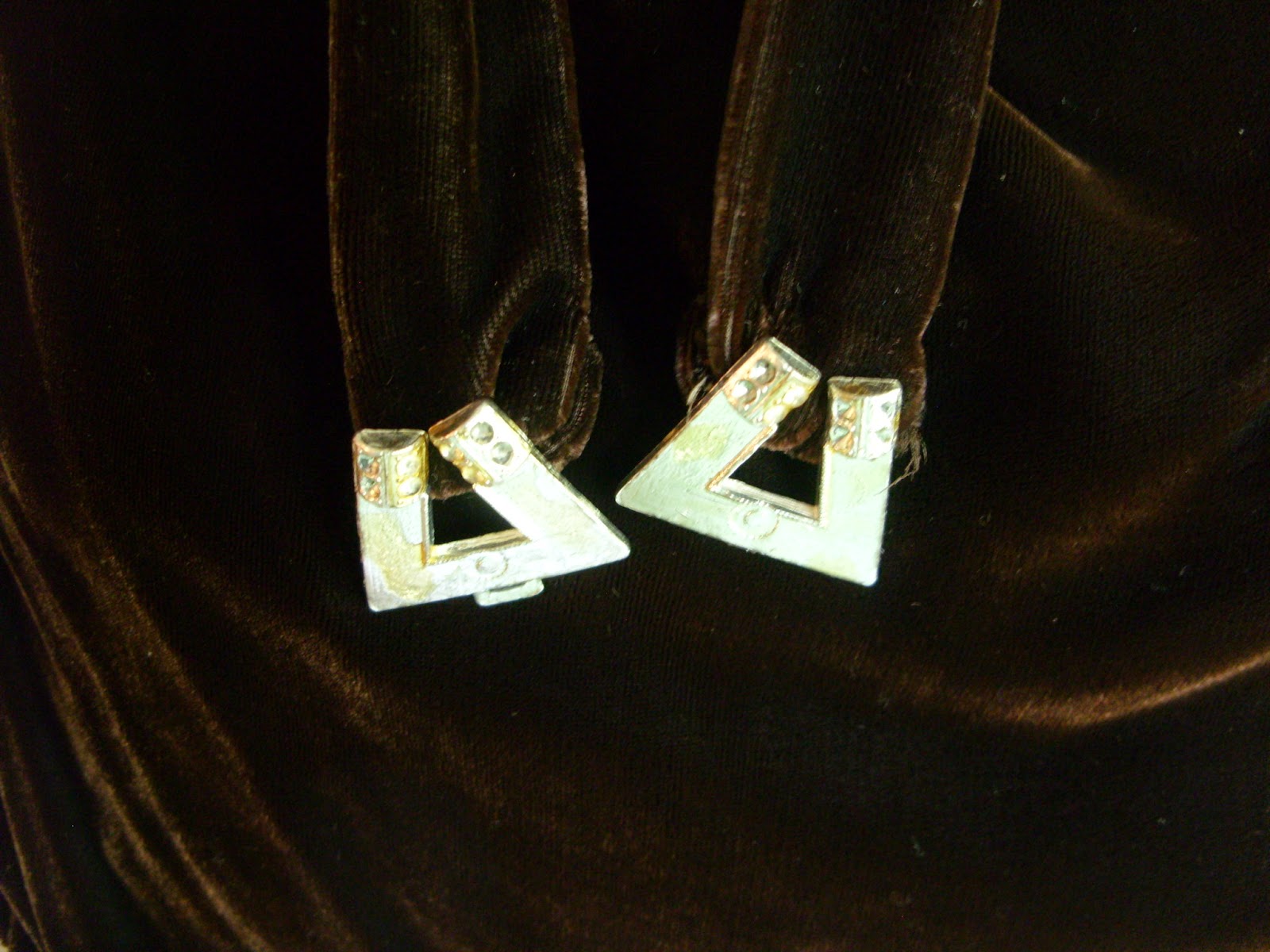 I still can't believe I scored this for .99 cents. I suppose if you didn't know what it was, it might look misshapen. Once it is on, I think it will look lovely, and move with the wearer's body. 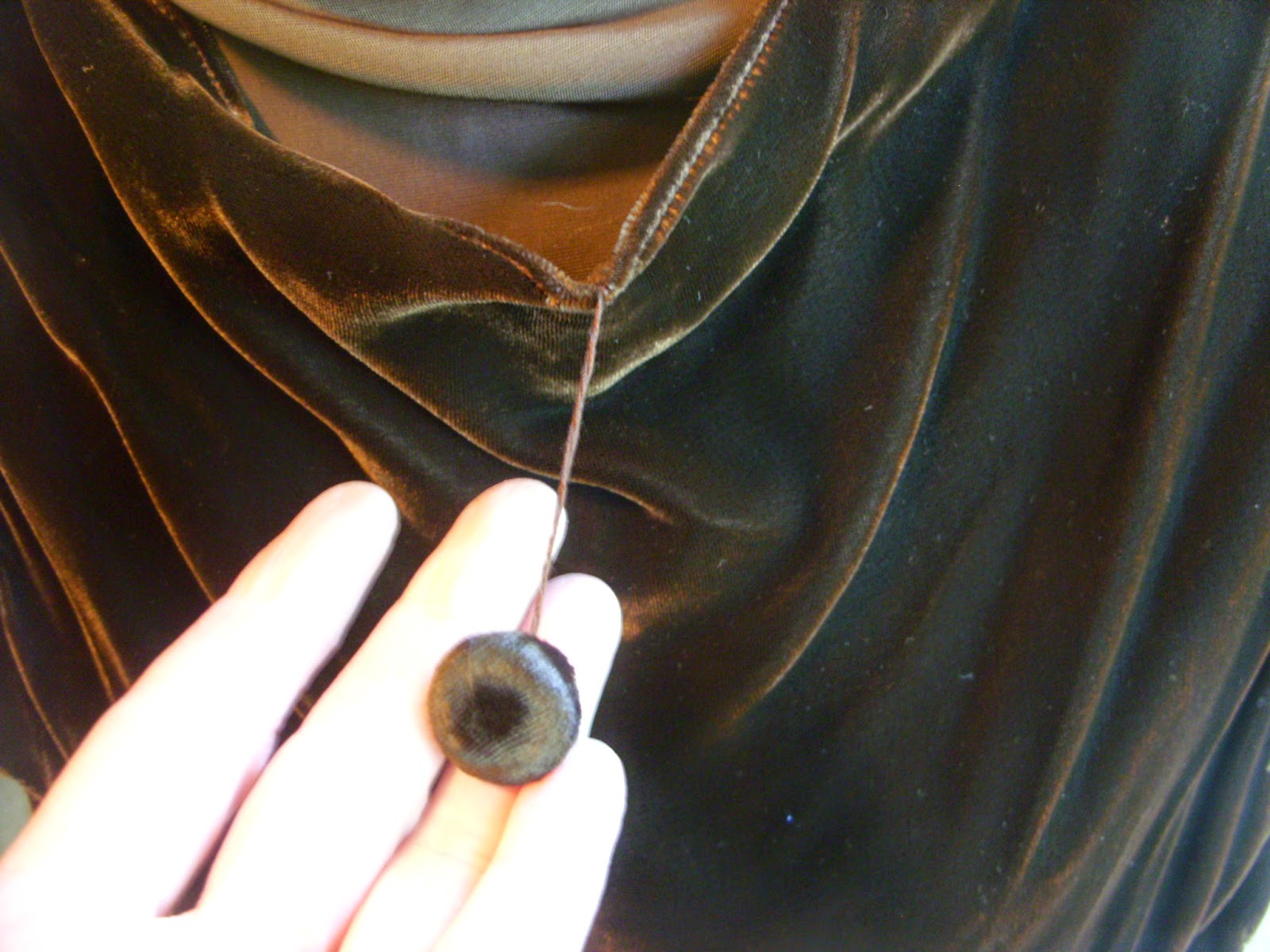 This weight is worn inside the neckline to create an attractive draping. Amazing it survived all these years. 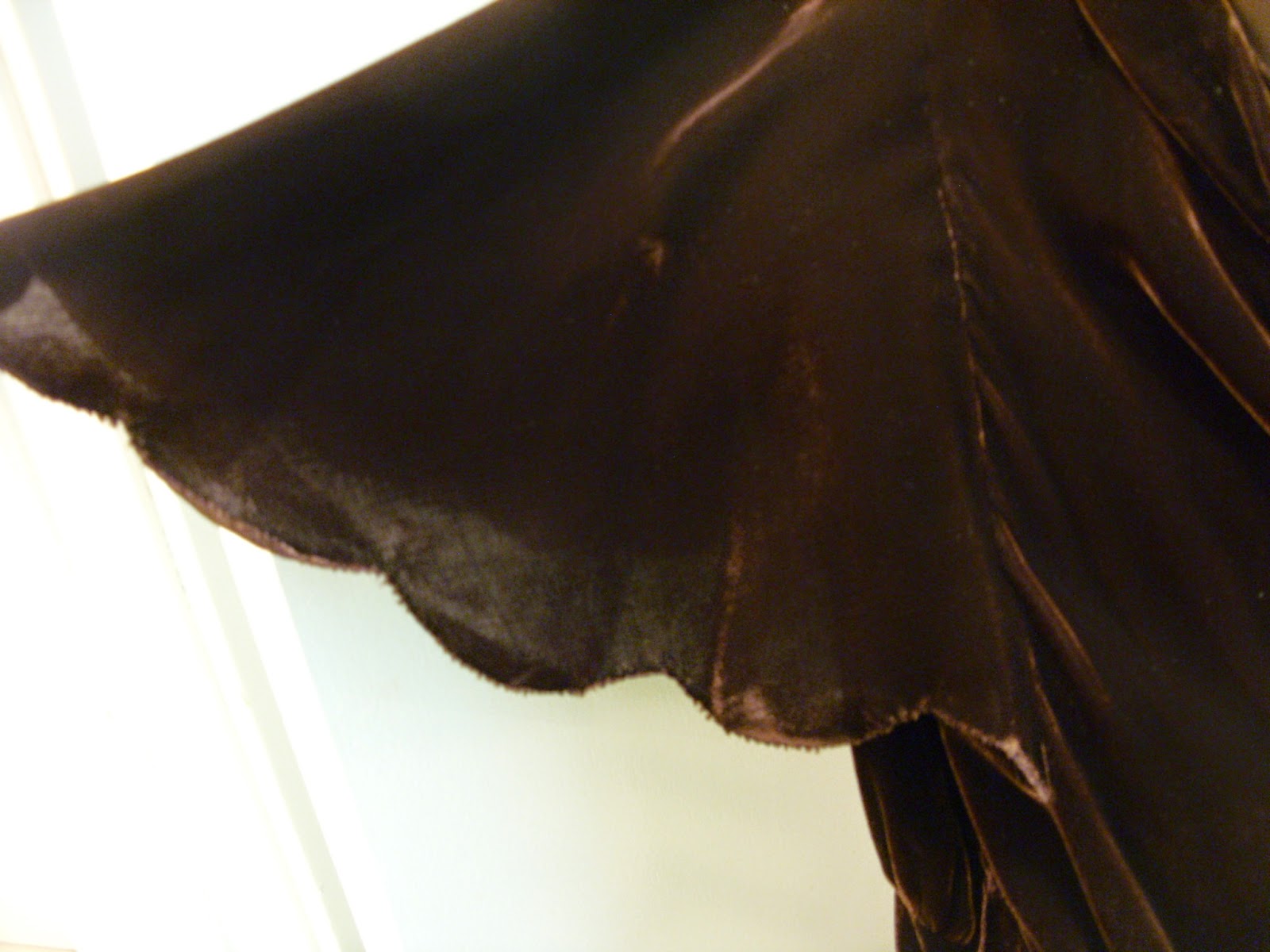 The scalloped sleeves are sewn on over the sleeveless body of the dress making me think they were perhaps an afterthought. The dress is handsewn with the tiniest, regular hand stitching I've ever seen. It has a few snaps at the side to help pull it on (unless you are my dress form, then nothin' doin'). 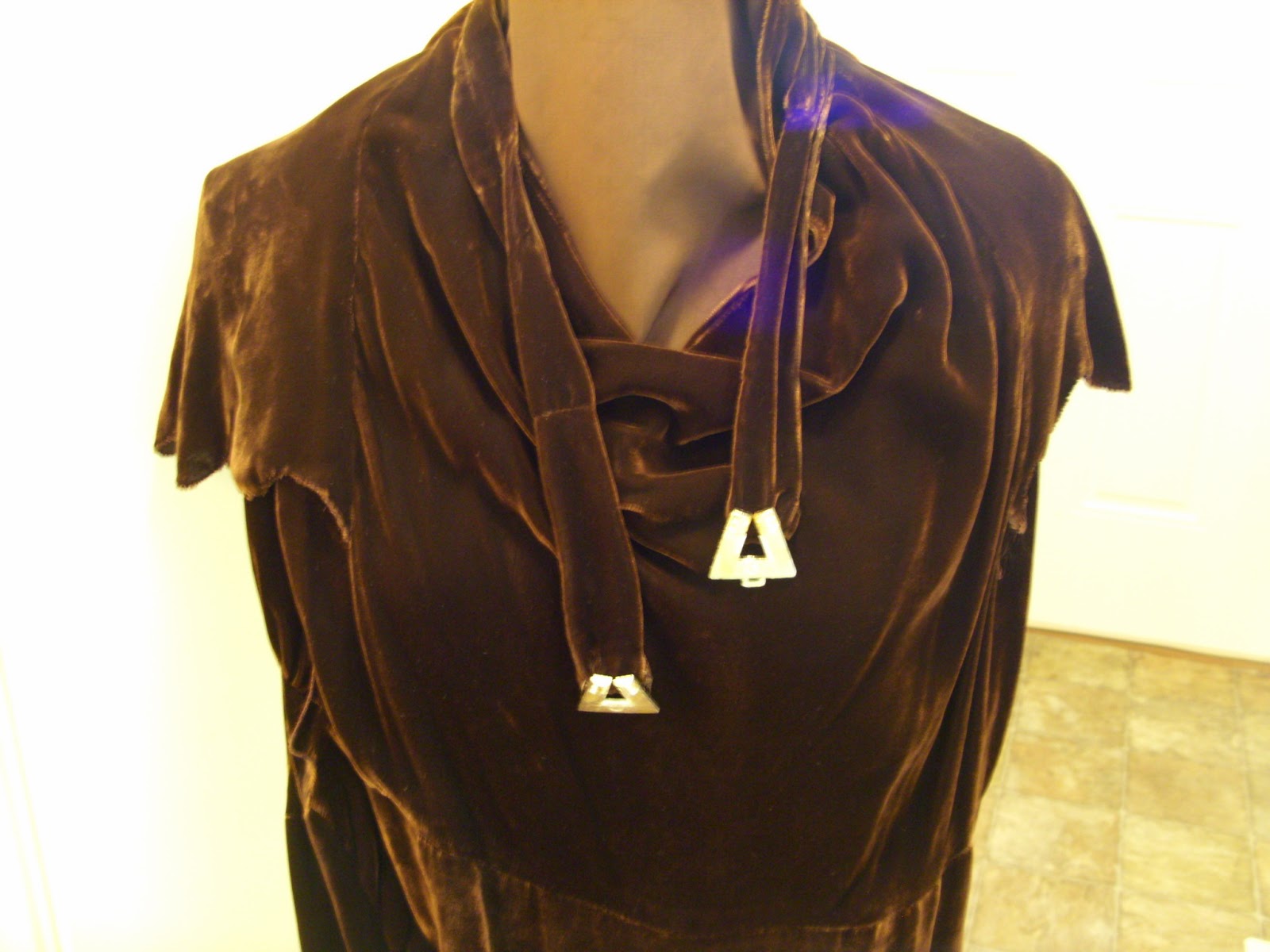 The dress was surprisingly clean as well. I apologise for the crappy photos-it is a dark day and velvet is reflective with indoor lighting. The material itself is in good shape, and drapes nicely. So that's a dress for the gangster's moll. 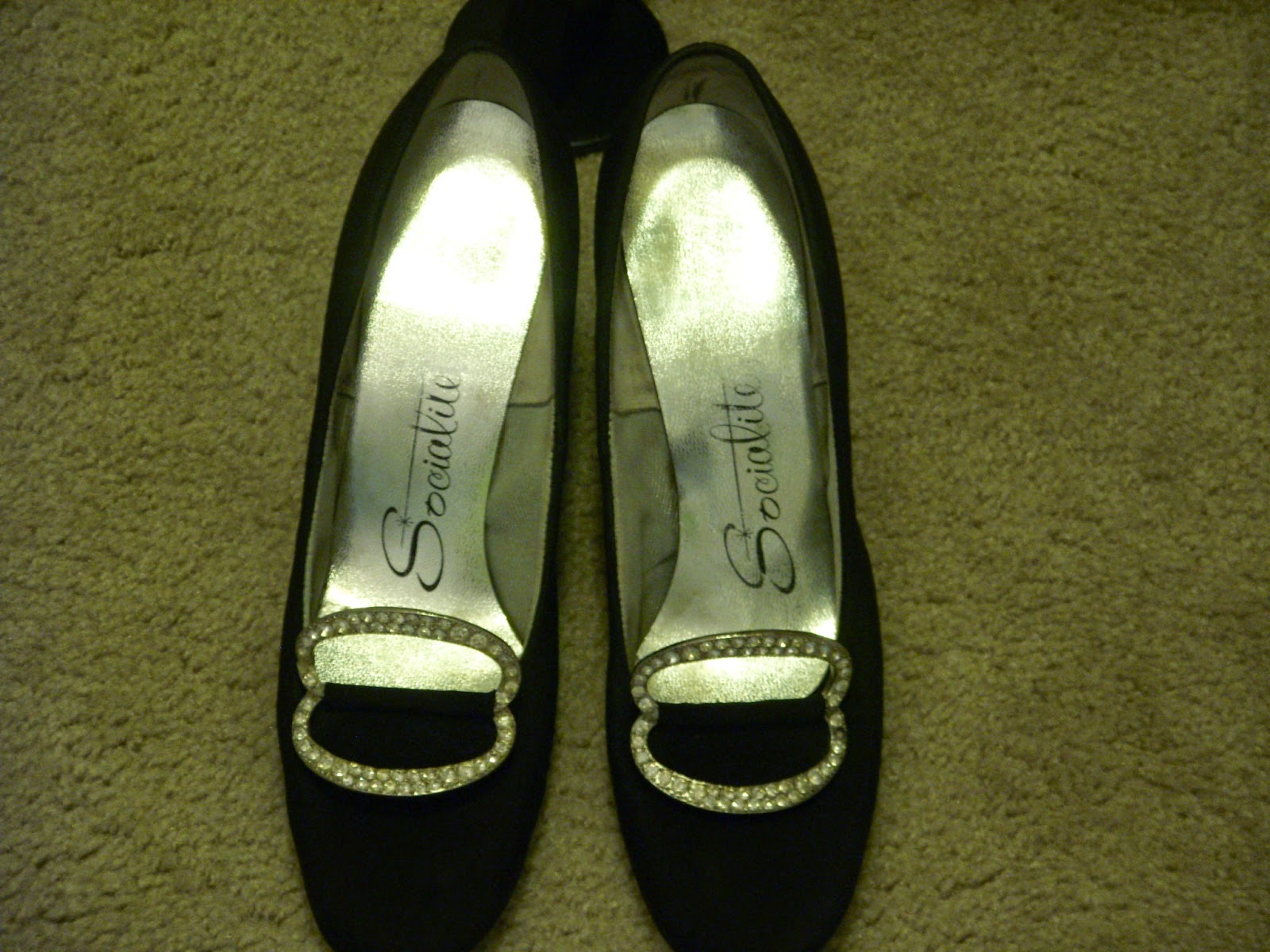 These shoes are from the late 50's/early 60's. They are just a hair too small for me because of the rhinestones. Damn it, I hate when that happens, but someone that can wear a size 7 is going to love them.

I should mention that Danny hasn't taken that jacket off since I washed it, and gave it to him. I'd better start looking for another (it is already a bit short in the arms).

Woohoo Danny!! He looks fabulous, so glad you got a picture of him, such a wicked jacket. As for the dress, that is gorgeous. Love those scalloped sleeves.

The hat totally makes Danny's outfit! Are those some of his museum signs I can see on the wall?

Yep, those are his signs. He's going to be thrilled someone noticed!