Worse Than Applying For University

I finished filling out umpteen forms for Danny's State Fair entries, and I'll drive him to Seward tomorrow to drop them off. I rented a car that doesn't start with a key. For real, you just press a button. Sometimes I feel so old (or my car does anyway). 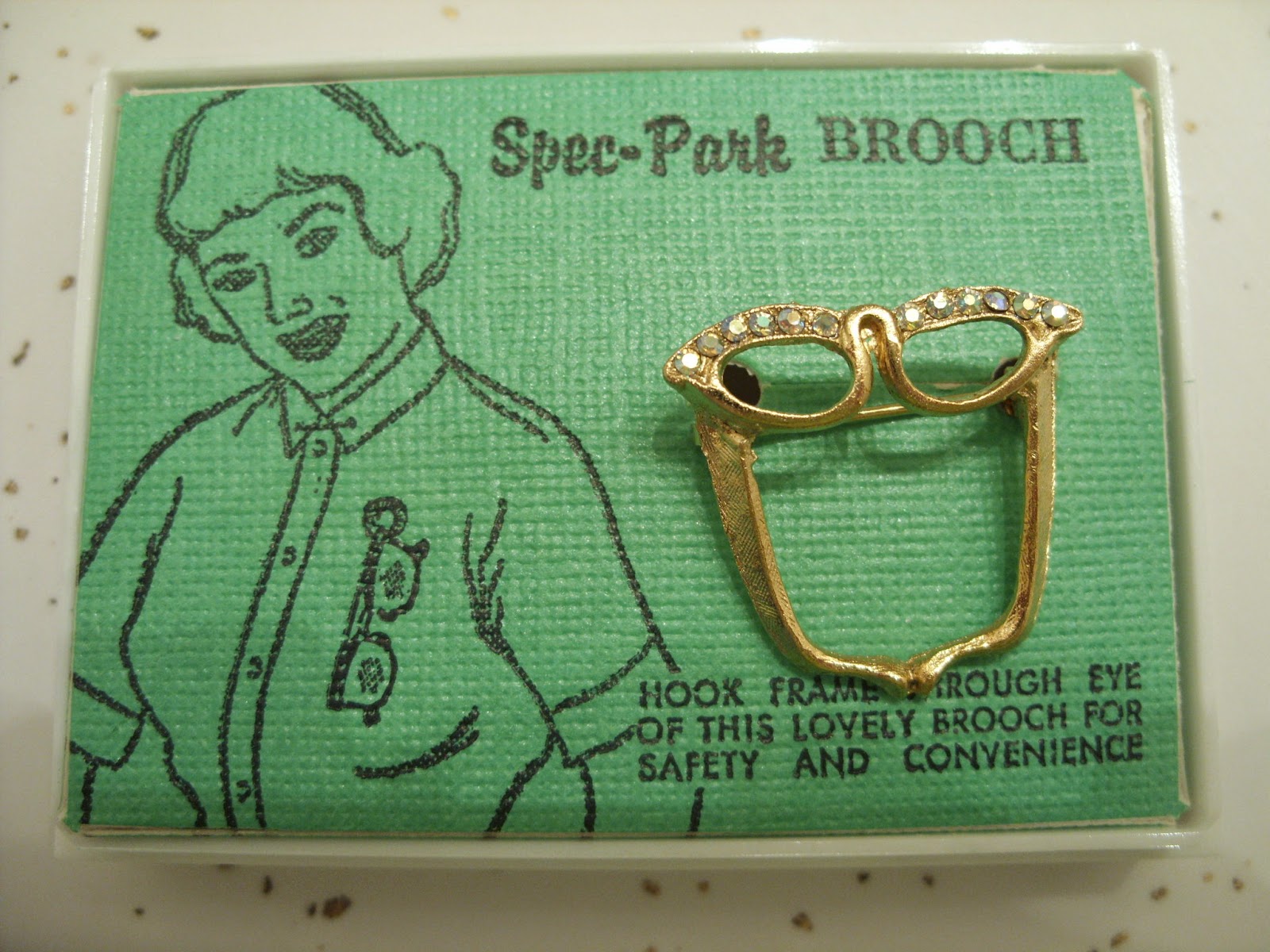 Look what my dearie Joanna sent  http://dividingmoments.blogspot.com/. Isn't she just the best? Now I know exactly where I left my specs. Thank you , dollie-this was something I really can use, and look nifty at the same time. 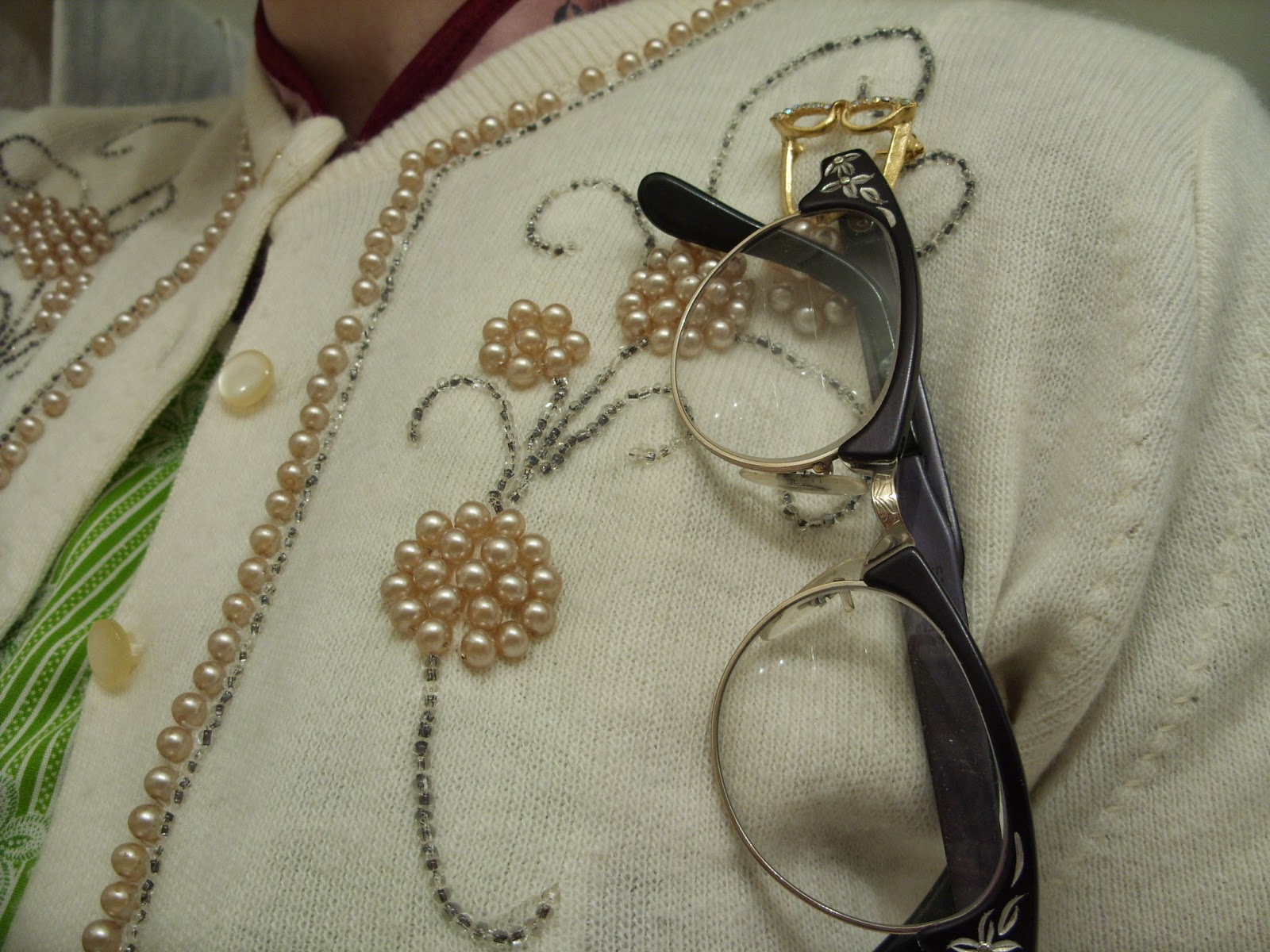 I couldn't face the pile of paperwork during the day, so I went to the library to play. 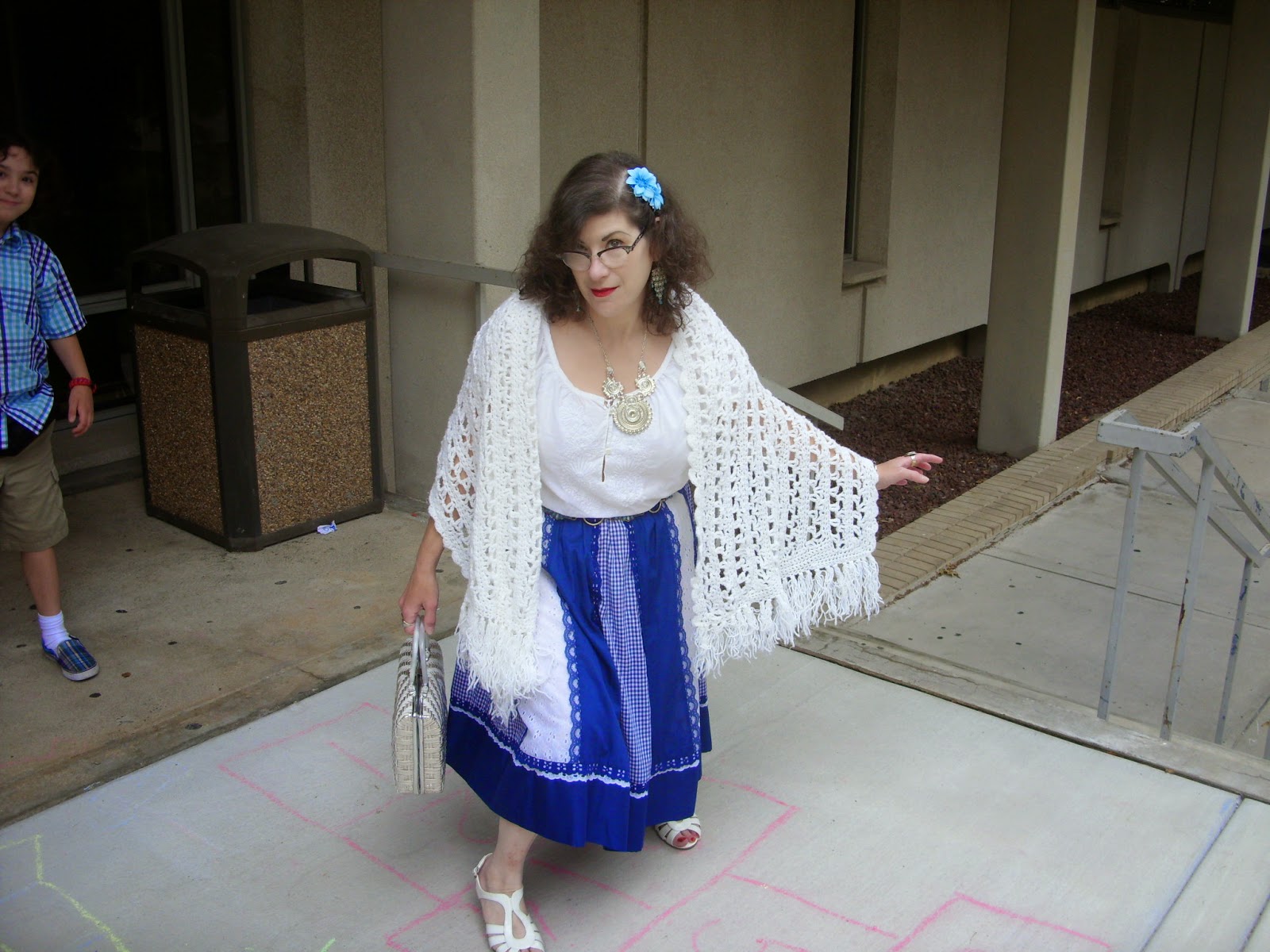 Someone drew several hopscotch games in chalk by the entrance, so I just had to show Danny how it is done. He wasn't interested in playing, but did enjoy watching me try to balance. 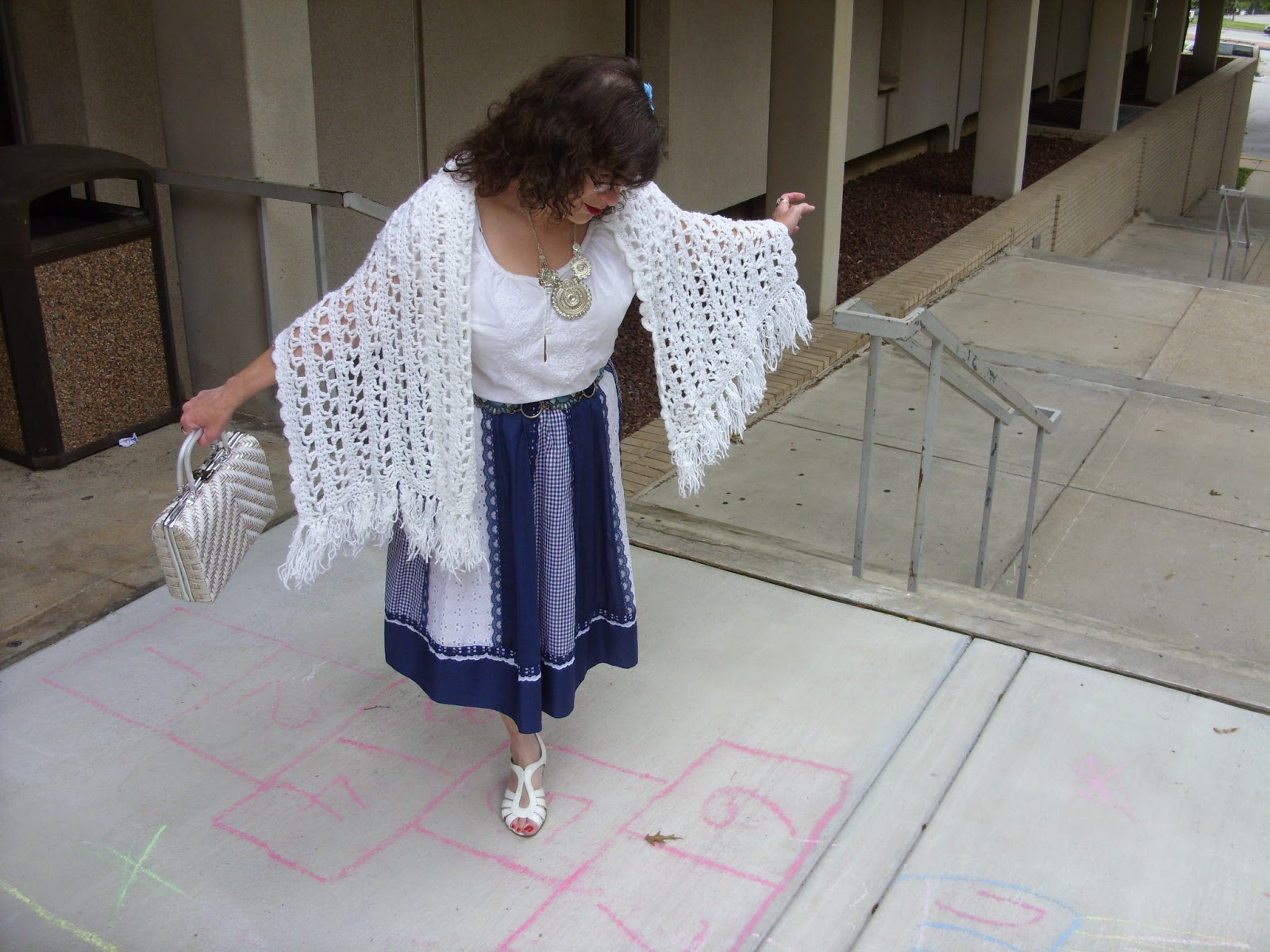 One leg! For someone who falls down walking across a room, this is quite the balancing feat. The stairs look closer in the photo than they are-I'm not stupid enough to attempt balancing on one leg next to a flight of cement steps. 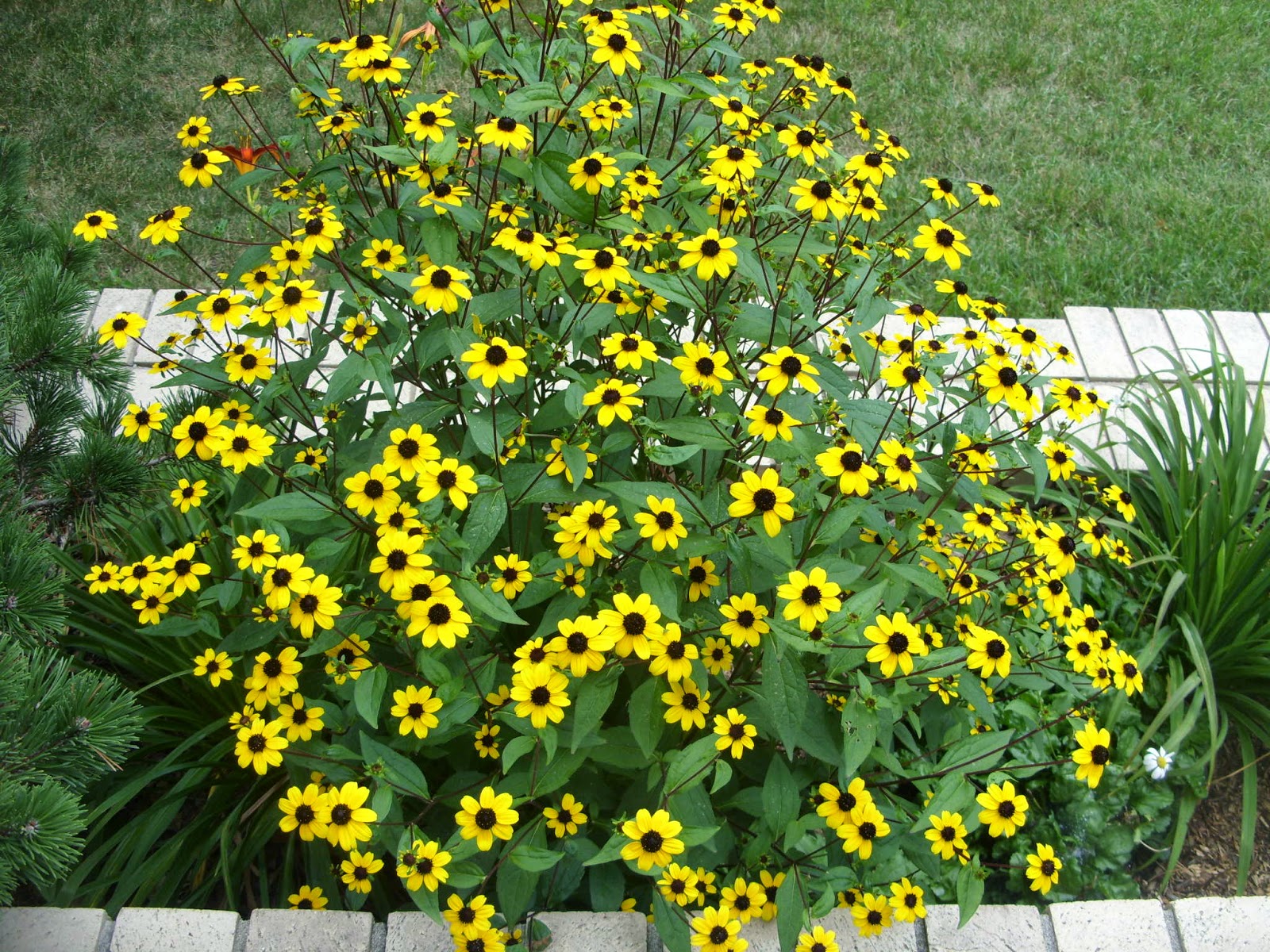 The library grounds are beautifully planted and maintained by a gardening club. We've had a mild summer, and as a result the flowers have been magnificent. 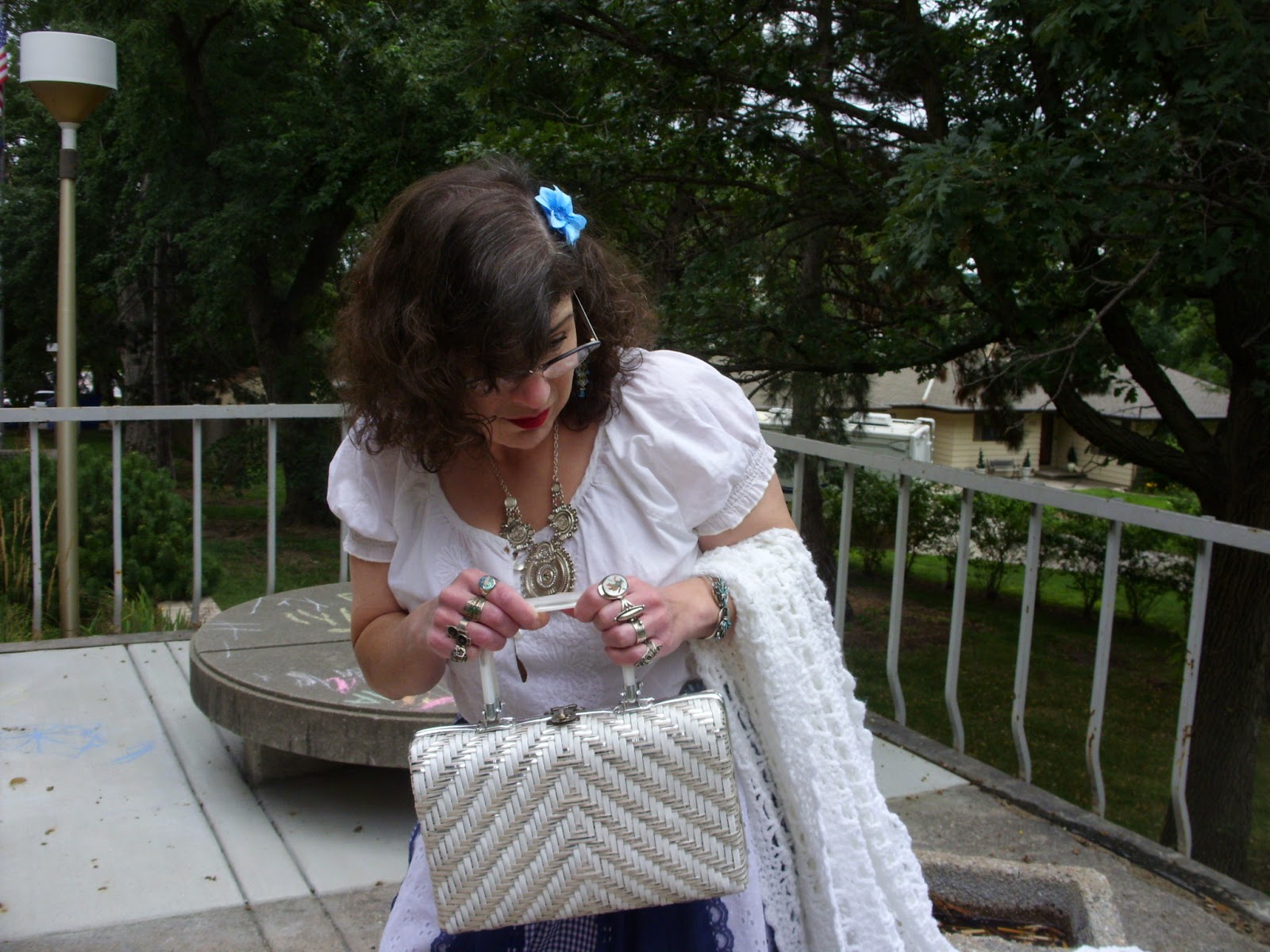 The hornets have been magnificent as well. You'd look frightened too if you'd seen the size of them (there were two, zipping around me). They weren't interested in us, as they had a floral paradise to chose from, but it is really unnerving to see insects the size of hummingbirds. Stinging insects. Note to self-no flowers in your hair when visiting the library in summer. 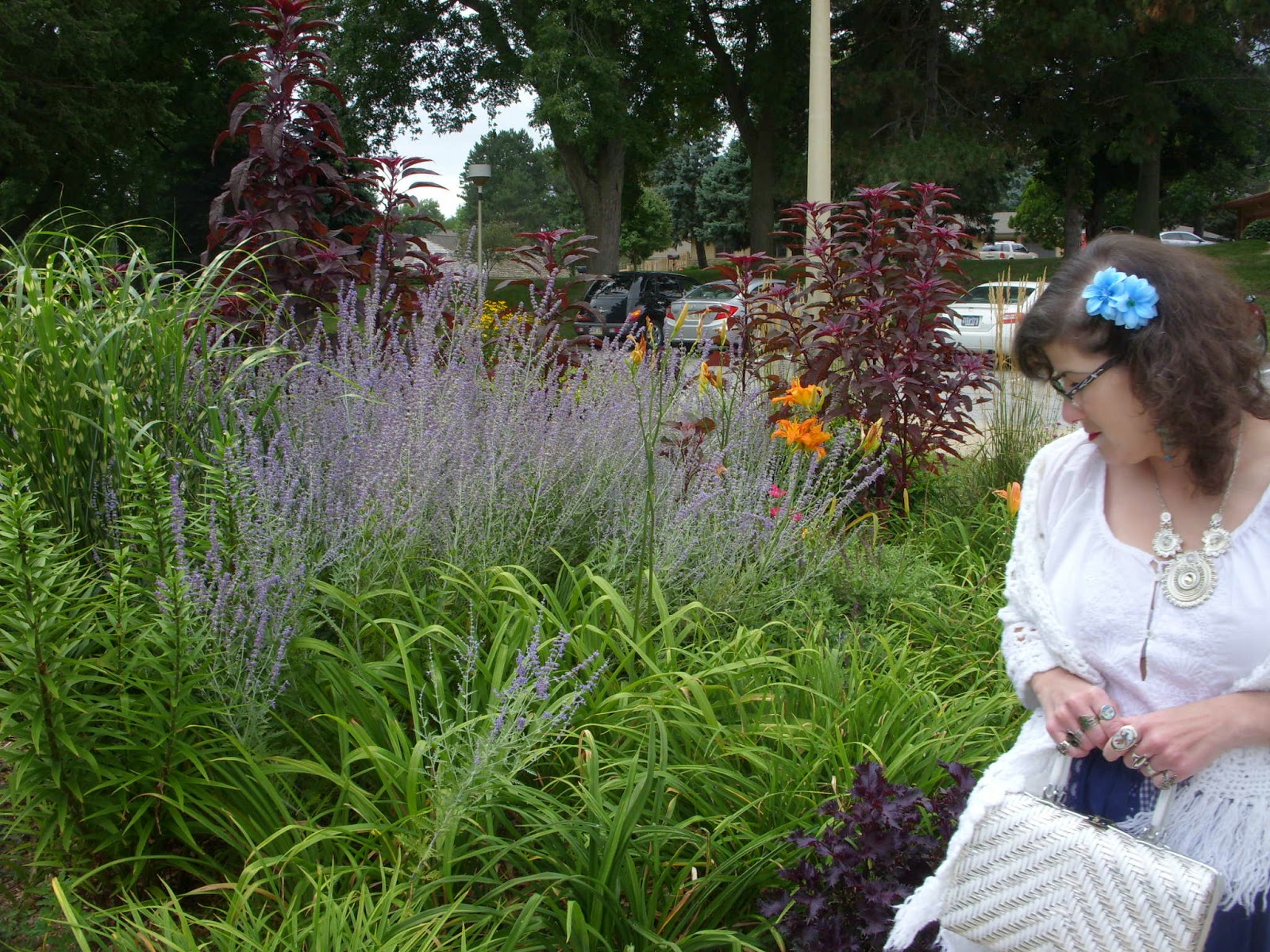 No hornets over here, but I think I found all the missing honeybees. 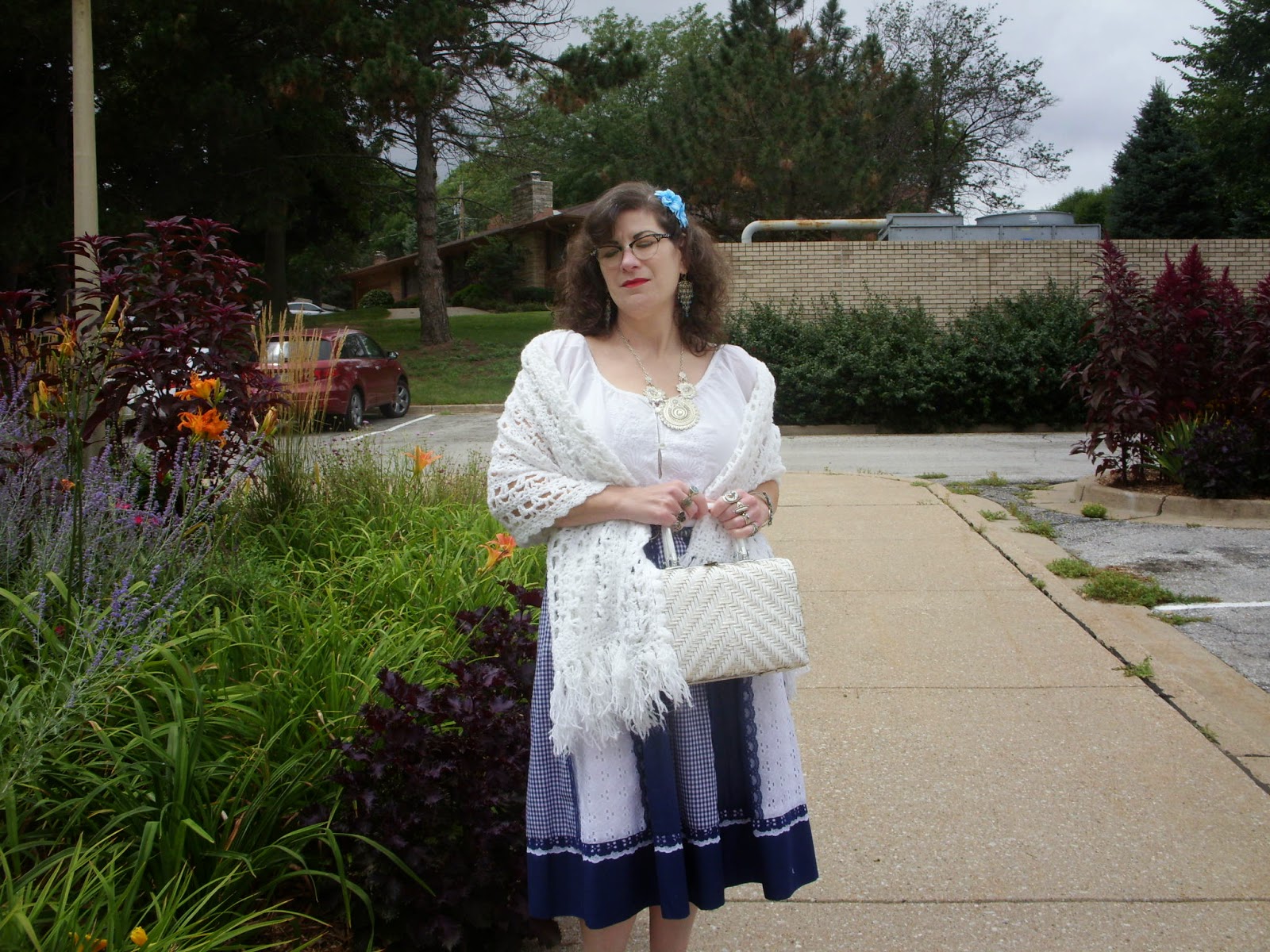 I'm not sure why I'm clutching my bag in both hands like Moominmama, in all these photos.

Peasant top-K Mart a few seasons ago
Skirt-Carefree Fashions of Scottsdale Arizona, Thrifted
Crochet Shawl-made by my mum, 70's? (I can't remember)
Handbag-Goodwill
Shoes-retail
Hair flowers-Tiff and Tam
Silver necklace-Retail a while ago (Sears, I think)
Earrings-retail, can't remember
Rings-most are old, some mine, some mum's, one thrifted.
Clamper bracelet-Mum's
Specs holder-Dearie Joanna

Hey, stinging insects, know what you can do with your venom? 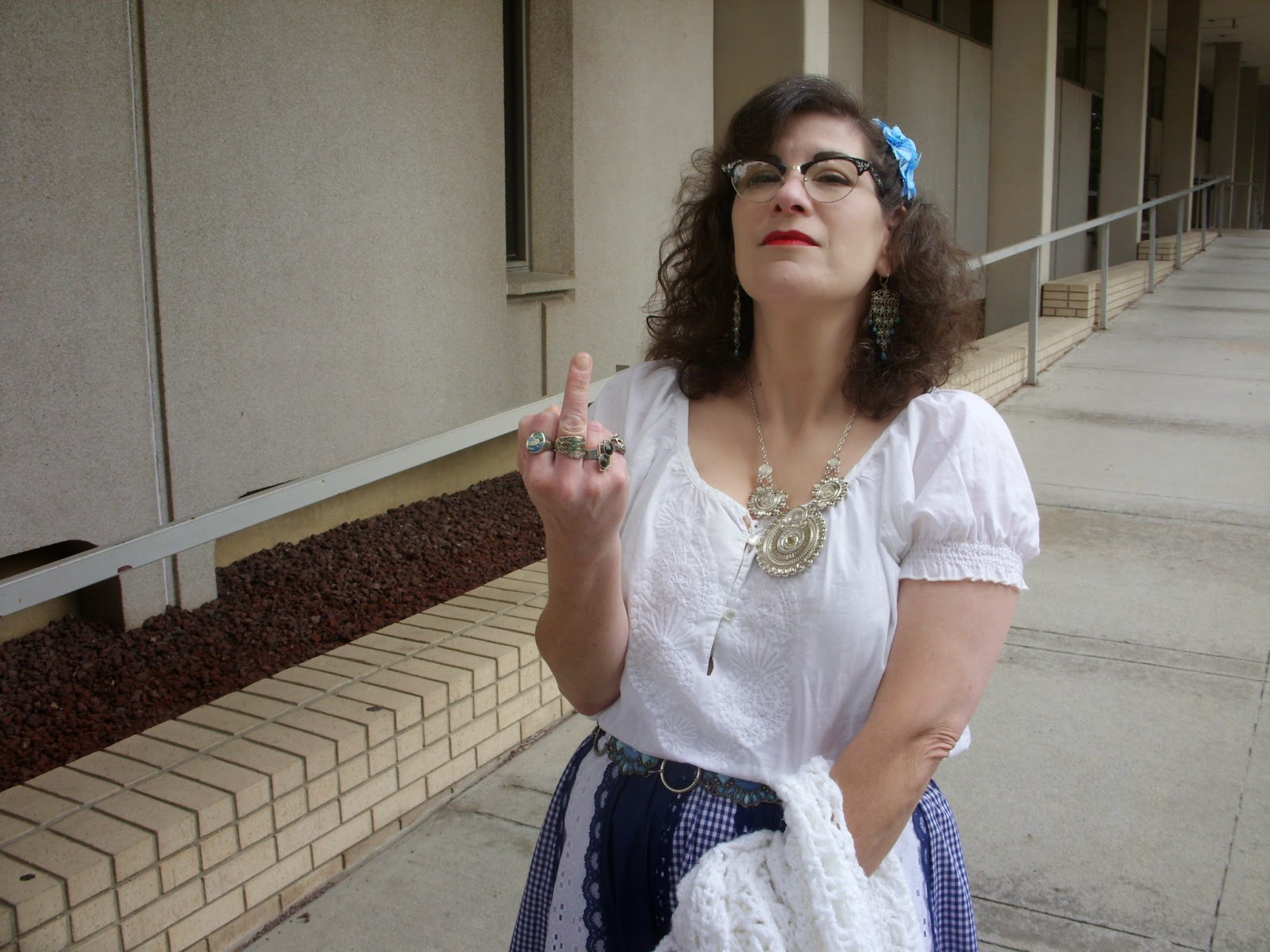 I'll be back to give a full report on the happenings in Southeast Nebraska tomorrow evening. The drop off for the State Fair is at the County Fair, which will be going on while we're there. As I'm not one to miss out on an opportunity to gawk at people's beautiful quilts and baking, I plan to spend a bit of time taking in the best Cass County has to offer. It is almost time to start Danny's annual Birthday quilt, so maybe we'll get ideas. I didn't enter the Monopoly quilt I made him in the fair that year, but in hindsight I should have-that was his favourite. In years past, I just themed it for whatever he was into at the time (Star Wars, Mythology, Oceanography, cowboys) but now he just wants a patchwork quilt. I have one hell of a fabric stash so I'm sure we can find something he'd like.

Since I had a (large) rental car for the weekend, I made a quick trip to the Goodwill and came home with (another) plant stand. This one is made to look like a pushcart, and it has moving wheels. It was painted white, but that's nothing a can of enamel spray paint can't fix. I paid nine dollars, which I considered more than fair. I think it is from the 60's (I halfway remember that sort of thing). I also found two denim relics from the 70's-both skirts, one Jordache, the other Sassoon. They had to have come from the same person, I mean, what are the odds? There's a bar in the neighbourhood that has pinball machines, so if I can find a satin baseball jacket to go with the Sassoon skirt, I think a photo shoot may be in order. I'm not sure my hair will do a Farrah Flip, but it is worth a try.

Hop Scotch!! A favourite when I was young, I think four square or patter ball was the other fave. Love the shawl, I have a few homespun ones, that I haven't worn this year but I shall now that I have been reminded by seeing yours. Love to see a photo or two of your quilts, and looking forward to hearing about the state fair.

Boy back in the day Jordache was the cream of the crop:) My mother could never afford to get me a pair but if I was lucky I could score a knock off:) So nice to see that your specs brooch works well:)

OMG, the work car starts with a bloody button. Too weird for me, I am quite uncomfortable about it!!!
Your cardigan is giving me hives of desire! So sweet! Not to mention your skirt, handbag, and necklace. Just hand 'em over, lovey! I probably need the amazing glasses holder brooch too.....gawd, my Mama could have done with one; she was FOREVER asking if we'd seen her glasses, and usually they were perched on top of her head.
XXXXXXXX

I was a Gloria Vanderbilt fan myself, until I went shopping with my mother who asked where the, "Amy Vanderbilts" were. Talk about a teenager wanting to disappear.

@Helga
But...if I hand all that over I'll be NEKID! And NO ONE wants to see that!

Here are a few (not very good) photos of some quilts I've made.

I didn't get any inspiration today, so I guess I'm back to looking through books for ideas.

All that and a Moomin reference. Happy now.

Checked out all the links to the previous quilts, you do good!! Thanks for putting the links up for me.