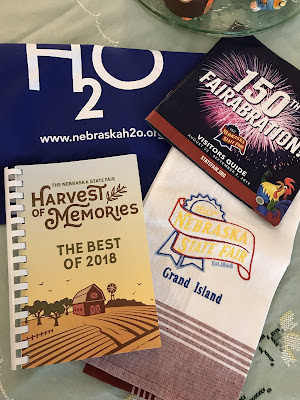 This year's State Fair cookbook (with last year's winning recipes, many of them Danny's) will be open until midnight CST on 4 September 2019. Contest is open worldwide. Leave a comment to enter. I am offering the same giveaway on Instagram, but please, one entry per person so either enter here or there.

You Spin Me Right Round

Buying a new phone finally lit a fire under my rear end to start converting my vinyl records to mp3s. Ultimately it is so much easier to store them in iTunes on my phone than burning CDs, but it turned into much more of a project than anticipated. If you think my vintage clothing collection knows no bounds...well, the records ain't much better. Oven the years I've whittled it down a bit, keeping only the very loved or difficult to find. That's still an awful lot. 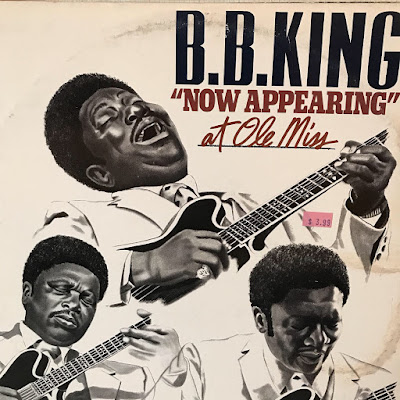 Some of those records haven't been played in over 40 years. Some longer. Not really knowing the condition of the vinyl, it made sense to play them volume up so I can catch any skips as they transfer. I wasn't prepared for just how emotionally draining it would be! I also wasn't prepared for just how downright strange my musical tastes have been over the years. I'm spared a good chunk of the 80s and beyond as I switched to buying tapes and CDs to play in the car, but I'm sure those were equally bizarre. I know they say you can judge a person by their books and record collection but please...don't? 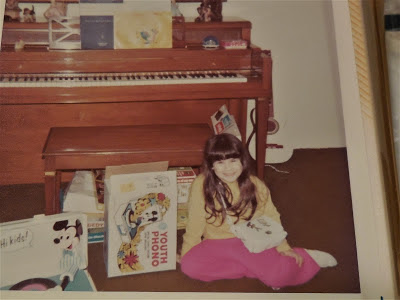 There's young Jen with her very own phonograph. I was so happy to get that little player as it meant I wouldn't have to use the hi-fi in the basement/family room that was the territory of our territorial cat, Snoopy (yeah, they named a cat after a cartoon dog. You need more evidence for why I'm such a fucked-up mess?). That cat hated me. To be fair, Snoopy hated everyone except for the old man and that was only because he could be counted on as a steady source of human food he wasn't supposed to have. That cat lived on salami sandwiches. But then I got the Mickey Mouse phonograph, and life was good. 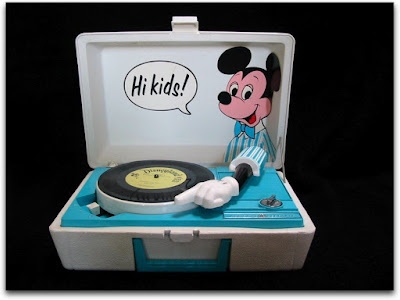 Here's a picture of one I grabbed off the internet. The sound quality was reasonably OK for such a cheap thing.

Privacy in the household I grew up in was rare-you couldn't even expect to go to the toilet uninterrupted. I did find that they tended to leave me the hell alone when I was in my room playing records. Whether this was due to my taste in music being so offensive they kept a distance, or because they were able to know exactly where I was, and what I was doing, isn't clear, but unless someone needed something, I was generally left to enjoy music alone. The incentive to buy records was strong. If I was needed they'd just scream up the stairs loudly enough to be heard over the music. Eventually our neighbours got sick of that, and encouraged us to get a second telephone line so I could be screamed at over the phone. I suppose it was a little better.
Danny's been my technical support figuring out how to do all this transferring, an undertaking I wouldn't attempt without a teenager to offer helpful observations like, "Click the square box, the universal symbol for stop",  accompanied by a hard roll of his eyes. He's also been on hand to offer commentary like, "That's the WORST thing I've ever heard in my life" followed shortly after by, "I take it back, THIS is the worst thing I've ever heard", followed by, "This is the soundtrack for storming Area 51". He likes opera. I gave him my old man's,  Maria Callas Sings Famous Puccini Heroines record. He snorted at that too. Kids. 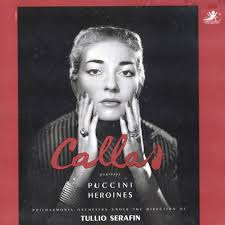 How I wish it were possible to go back in time and tell my younger self to take better care of her vinyl. Hardly alone in that, I suppose but had I known 40+ years on I'd be transferring recordings, I might have, at the very least kept them in the sleeves rather than scattered across the pink shag carpet of my room. Occasionally I'd change the needle on the phonograph, but I doubt I ever properly cleaned anything. Younger self, you have a lot to answer for. 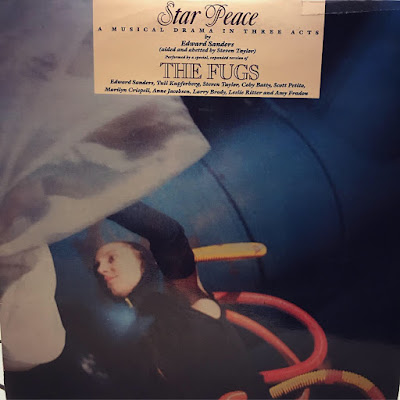 More than the records themselves, what excites me going through the boxes is finding receipts and price tags from now defunct record stores. Wax Trax!, 2nd Hand Tunes, Hep Cat Records- all the places my youth (and money) were spent. The best record store I  can no longer remember the name of, was down the street from my elementary school. Honestly, it was more a head shop that sold records than a proper record store, but they had great stuff you just couldn't get otherwise. 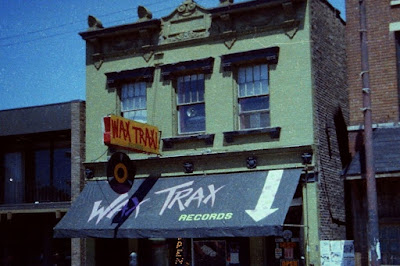 When I was about I dunno, 11 or so, I was asked what I wanted for my birthday. I probably just wanted to be left alone, or at least not be trapped in conversation with the adult child that called herself my parent, so I told her I wanted a Frank Zappa record. I don't know why. I certainly didn't care for anything he'd done up to that point (Help, I'm a Rock?!) but that's what I told her, and after unsuccessfully trying to buy a Frank Zappa record at Montgomery Wards, she ended up at the head shop down the street from my school. In hindsight, it is kind of funny that there was a head shop down the street from an elementary school but eh, it was the 70s. 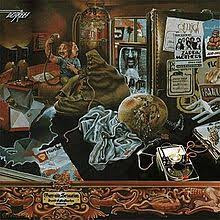 The way she liked to tell the story, the hippies working in the place were amused by a 40 year old woman buying a Frank Zappa record. 'I told them it was for my daughter, and they asked how old she was. They all gave me funny looks when I told them."  Yeah, no wonder. I guess she didn't look at the track titles on the back of the record or she might not have brought home something called, "Give Me Your Dirty Love." Oh well, I still have the record and now it is a family heirloom of sorts. I offered it to Danny, but he rolled his eyes. Hard.

Since I'd already splashed out on the phone, I went ahead and bought some decent Bluetooth headphones. I loathe ear buds, and the ones that came with the phone were downright painful. In some ways it is like hearing these old records for the first time. I used to laugh when friends would insist some recordings were better with headphones, but perhaps they were right. I'm sure by the end of the year what's left of my hearing will be destroyed😀 but it will totally be worth it. I still don't want to listen to Dark Side of the Moon though. Sorry. 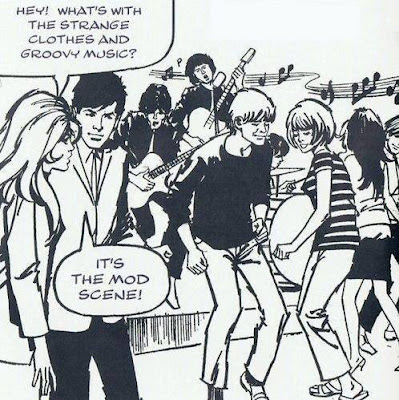 So many of these records evoke time and place in my life in a similar way to perfume. I thought it might be interesting to combine the two and see if I can come up with some interesting writing freed from the constraints of a review. Maybe not, but I trust readers will let me know if I've miscalculated the comic value of child abuse my youth mixed with the music and fragrances I loved. 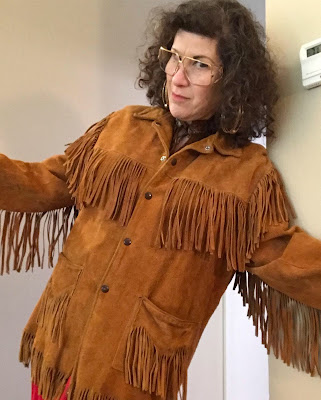 Alright kids, let's rock and roll. I'll see you on the flip side.