Attack of the Christmas Tomatoes 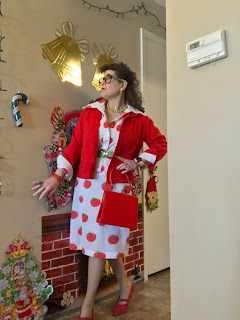 Tomatoes are red and green, therefore Christmas. Don't argue with me. 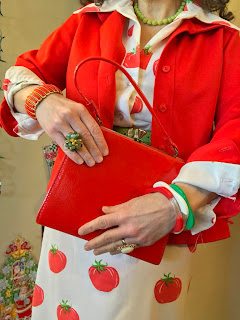 If you can hang a gherkin on the tree, surely a tomato wouldn't be out of place.
In other news, my baby boy turned 16. I made him root beer flavoured and themed cakes. 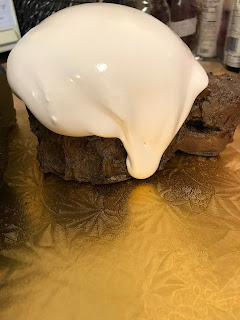 Bit too much marshmallow foam! 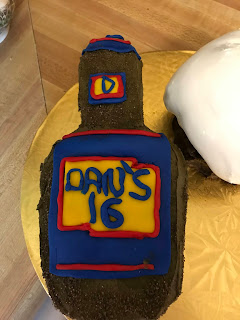 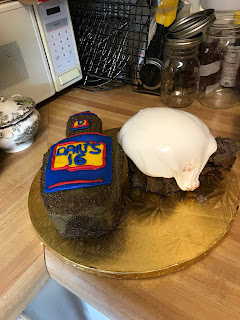 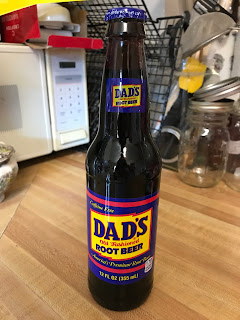 He enjoyed them, and also enjoyed his gift of an electric razor which he's already put to use shaving off his beard. I'd say he doesn't look like Fidel Castro any longer, but he still kinda does😀. I told him Castro was considered good looking when he was a young revolutionary, but I don't think he's convinced. You could do worse, for sure. Anyway, Little Fidel shaved for the first time on his 16th Birthday, and mama resisted following him into the bathroom to take photos for his baby book. I do have some sense of boundaries. 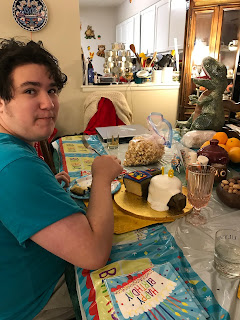 So that was fun. He requested turkey drumsticks (aka Caveman Pops) for dinner and I obliged. There was of course gesturing with drumsticks because, why wouldn't there be. Hopefully I'm done cooking turkey for a while now-twice in a month's time was lot! 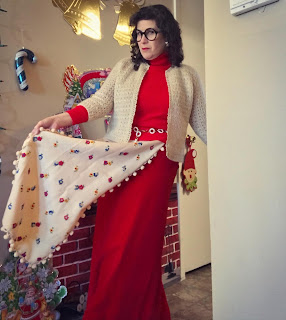 My gaudiest holiday outfits are getting worn, though it looks like I will run out of time for all of them even if I do the 12 Days of Christmas. For someone that hasn't shopped for clothing since February, I am nowhere near running out of things to wear. I'm kind of embarrassed, and need to do a serious cull.
The skirt is velvet overlaid with an embroidered, attached apron. 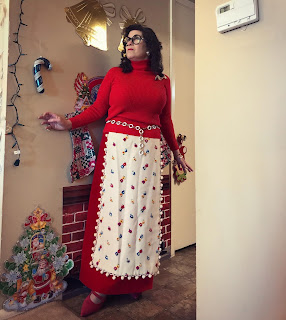 I'm unlikely to see myself coming and going around town in this one. 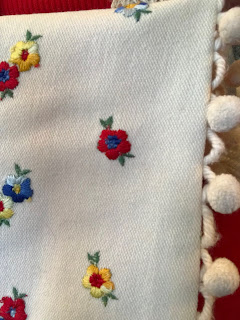 That is, if I were actually going around town, which obviously, I'm not. 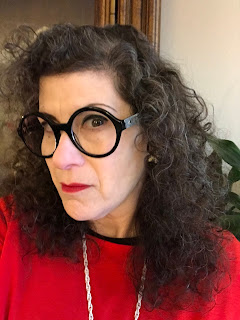 No, not going anywhere at all. Just sitting at home getting older, and more in need of a haircut. I've been tempted to cut it, but have resisted. For the first time in years, I have the longest hair in the family. 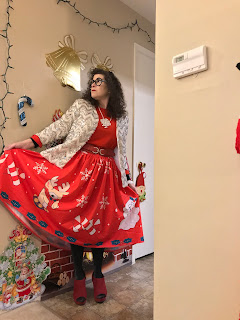 You didn't really think I couldn't get wackier than the last skirt did you? 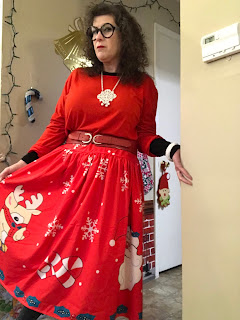 Several sizes too large, and the skirt made of a thin, blowy nylon, it is a bit like wearing a parachute unless belted. I've learned not to wear it on windy days. 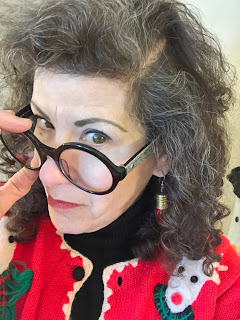 It gets worse. Much, much, worse. Ready? 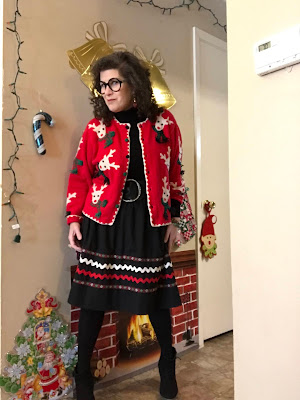 I warned you! Want a better look at that bonkers cardigan? 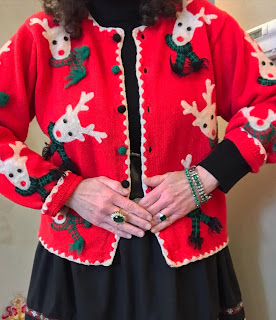 When I bought it, the woman at the thrift store said, "You're not really going to wear that, are you?" I don't know why she would think this would be a novelty jumper too far for me? I love that the reindeer have pom-pom noses, button eyes and little 3-D scarves. There's design on the back as well, though I didn't get any pictures. 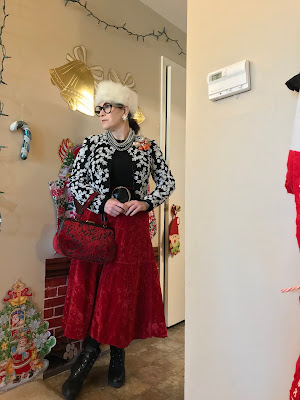 The red, crushed velvet skirt turned up again in another outfit. 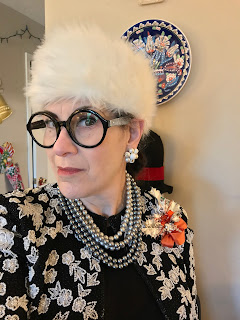 The faux fur headband and beaded jacket are both regular rotation wear each December. 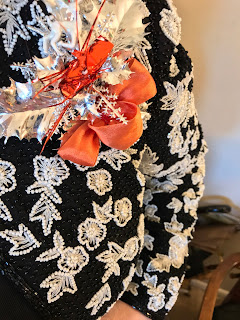 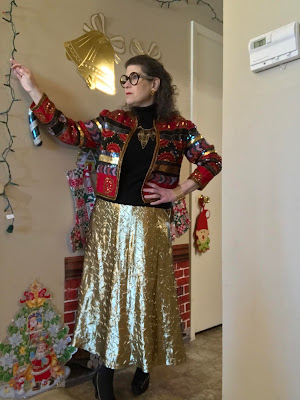 Finally, the vintage Halston skirt gets a yearly wear. Another heavy, beaded and sequined jacket to increase the gaudiness factor by 100% 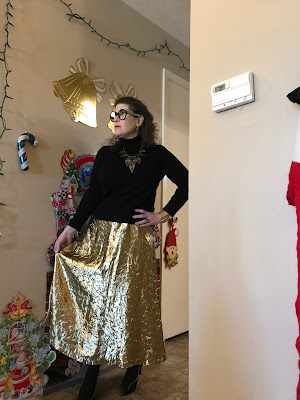 I love this skirt so much, but have a hard time wearing it unironically. Perfect for Christmas, but I can't imagine when else. 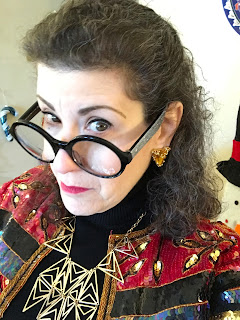 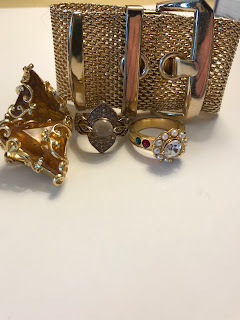 Tonight I'll go out to see the Christmas star conjunction, but I know my camera isn't up to the task. Danny's might be. I'm content to enjoy it through binoculars.
The Christmas stollens were baked today, and they'll be properly stored for Christmas morning. I was worried I might not get to them this year, but I did and there's an extra to give to my neighbour. Time is rapidly winding down, and I'd better unpack those red velvet flares if I plan to wear them before Christmas. We all have our traditions-mine involve trousers.
Stay safe and well, everyone.

thank you very much for cheering me up with your fabulous and your ironc outfits!! LOVE!
the root beer cake for danny turned out very yummy looking - the young men seemed to enjoy it. but what was that with you on cuba 17 years ago.... ;-D
if there were an opera house or a posh bar/nightclub - the golden halston skirt would be very approbiate..... i too have some pieces waiting for such an event again. maybe forever. at least they had outings in the past.
why should you cut your hair? if its healthy there is no reason and it looks gorgeous.
our stollen is almost finished already :-D
xxxxx

Not only would I wear the reindeer sweater, I actually covet the Art Deco necklace you wear with the Halston skirt!
Did I miss the story behind Godzilla on Danny's birthday buffet? Not one for sweets as a habit, but I'd make an exception for the root beer cake with marshmallow foam since you used Dad's.
Your hair is gorgeous, and so is your eye make-up. Something we all need to give more attention, now that lipstick is hidden behind masks...
Thanks, Goody, for this merry holiday post! May the New Year bring you and your loved ones peace, hope and health!

Happy birthday, Dan! What a memorable day it must have been. Few men can say they shaved with an electric razor for the first time on their birthday. And the cakes look like so much fun.

As usual, your outfits were impeccably styled. I especially loved the reindeer jacket, and also the big gold geometric necklace that you wore in the photo directly below the photo of the Halston skirt.

Thanks for keeping up with your blog. It's been one of the little things that keep me relatively sane and entertained in 2020. Merry Christmas!

How different Danny looks without his beard! My grandson looks like Shaggy in Scooby Doo with his little all round beard; he's had a moustache since the age of 12!

His cakes looked fantastic and I bet they were yummy.

As for Christmas outfits nobody does Christmas wear like Goody! I am in love with the crushed velvet skirt and by the looks of it you have a handbag to match? Such festive loveliness...

I saw the photos of the stollen on IG - delicious!

@Beate
I have an excuse-Americans aren't permitted to travel to Cuba :)

@Ann
Thank you! That skirt can be quite blinding in the right light.

@Beth
That's our dinosaur Chalcedony Malachite who has a permanent spot at our dining room table. You can call them Sid for short.
Merry Christmas and happy new year to you as well.

@Emily
Thank you. I'm glad you're enjoying the posts. Even if I don't have much to say, photos are always fun. Have happy holiday and wonderful new year.

@Vronni
I laughed out loud at the description of your grandson's beard looking like Shaggy. A moustache is always a good look, but I'll guess at 12 there weren't many of his friends sporting one.
Have a Happy Christmas and New Year.

With that golden skirt, the geometric necklace and the black turtleneck you can literally go everywhere and hang out with the cool and artsy people.

Loving your festive Xmas outfits, tomatoes & all. I think the pompom nosed reindeer jumper is divine!
Glad to see Danny had a wonderful birthday & looks great clean shaven.
Looking forward to the red velvet flares.
Hope you & yours had a very merry Xmas!

I just saw your reply to Beth. I think it's so cool that you named your green dinosaur toy Chalcedony Malachite after two minerals that are available in different shades of green. It's such a bizarre but clever in-joke. I gather that you were home-schooling Danny a lesson about mineralogy at the time?

James and I don't have a permanent dinosaur guest at our dining table, but we do have a useful dinosaur toy in our kitchen at all times. It's a dinosaur hand puppet that came as a free toy in a McDonald's Happy Meal that I bought over 20 years ago when we were still living in Florida. The rubbery hand puppet is useful because you can use it to get a good grip on tight jars and bottles that won't open easily when you try to open them with your bare hands. We have yet to give him a name, though.

I've really loved seeing all your Christmas outfits on IG. And it's great to see Danny enjoying his birthday, regardless of covid. (Not going anywhere is definitely the best plan.)

Dear Goody, you make tomatoes look properly Christmassy and fab!. Love all these outfits and love all the red colour, the embroideries, velvet, sequins and the golden skirt!
You Totally Rock It!
besos