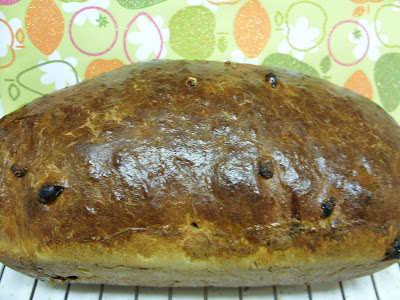 Why yes, they ARE terrible photos. Nice bread though. I swear, the light has been dreadful in here lately. 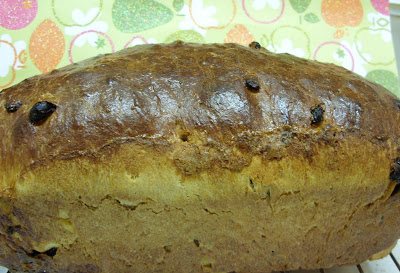 This is a yeast bread, sweet, but not too sweet and still prefect for toast or a cheese sandwich. Or cheese on toast or...well you get the idea.

I made a number of changes from the original recipe by using fresh pumpkin rather than tinned, and crystalised ginger instead of ground, but the main change I made was with flour. The original called for all AP flour which I thought would make a very light bread without a substantial crust. That is fine, mind you, but for my use here, the bread flour made more sense-I also think it tends to keep the loaf fresh longer (not that I have any scientific proof of this other than casual observation). Tinned pumpkin would have given the overall loaf a better colour, but it is hardly unattractive. It was the perfect use for that one last tiny sugar pumpkin sitting on my kitchen counter.

In a large bowl, mix the Ap flour, yeast, and spices together. In a small saucepan, combine the milk, brown sugar, butter and salt just until butter melts and sugar dissolves. Cool to lukewarm.

Beat with mixer on low until moistened-about 1 minute. Then, beat three minutes on high speed. With a wooden spoon, add the pumpkin and raisins and mix well. By hand, mix in bread flour a cup at a time until you have a fairly stiff but workable dough. Knead well until smooth-about ten minutes. Place in a buttered bowl, turn once to coat and cover with cling film. Let rise until doubled-roughly an hour and a half. Punch down, let rest ten minutes. Butter a large bread pan generously and shape dough to fit. Cover, and let rise another 35-45 minutes or until nearly doubled. Preheat oven to 375 degrees F.