Johnny Cake and an Apricot/Apple Cake 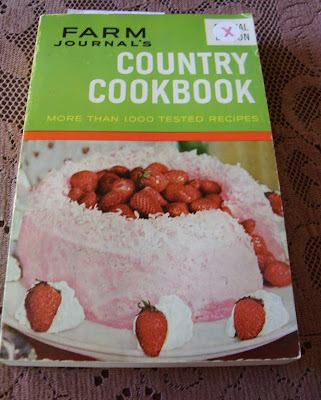 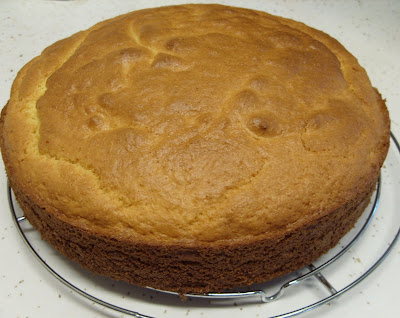 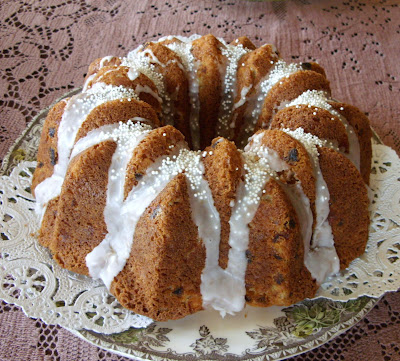 Both recipes are from my 1959 edition of Farm Journal's Country Cookbook. I paid .25 cents for it. At the same book sale I also scored the Farm Journal Pie Cookbook. The Farm Journal Freezing and Preserving cookbook is also worth grabbing if you find a copy.

If you happen to be looking for a lardy cake recipe, this book boasts several. There's a fair number of cooked minces moulded in aspic with olives as well. I adore aspics, but cold mince would give me pause, cooked or not. From the same era, I remember seeing a cookbook that featured a ring mould with hot dogs shimmering away in in aspic. I'm somewhat amazed my mother never tried that one.

The Johnnycake comes from the section of, "Old Fashioned" recipes. It was very simple, and for a baking powder bread, rather heavy. I'm serving it with chili, which will be a terrific match, but I don't think I'd care for it warm with butter at breakfast.

The Apple cake called for cinnamon and nuts both of which I made substitutions for. I will note these in the recipe. When a small amount of nuts are called for in a batter (in this case 1/3 cup) I often substitute quick cooking porridge oats. It provides the lightness of nuts. A few drops of oil can also be added to compensate for the fat, if you like. I skipped the cinnamon as we tend to like ginger with our apples, and I added a dash of nutmeg. I suppose most apple cakes are adaptable in that way.

Preheat oven to 425 degrees F. Grease a 9 inch pan (I used round). Sift dry ingredients together. Beat the eggs and milk together. Stir milk and eggs into dry ingredients. Mix well. Pour into pan and bake about 30 minutes or until it tests done. Makes 8 servings or two if your husband and son are on the greedy side.

For the Apple Cake:

Pour evenly into ring mould and bake 30-35 minutes or until it tests done. You may also bake the cake in a 9x5x3 loaf pan for 50-55 minutes. Cool ten minutes in pan on rack, then loosen and let cool completely on rack. I glazed mine with a mixture of icing sugar and water. A dusting of sugar would be nice as well. If you have apple cider, it makes a lovely glaze with icing sugar and a dash of spice.
Posted by Goody at 12:58 PM
Labels: Cornbread, Fall Fruit, Farm Journal, Vintage Recipes