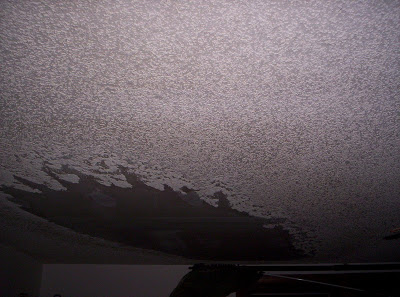 Ceiling where the plaster and adhesive melted and ruined everything it touched. 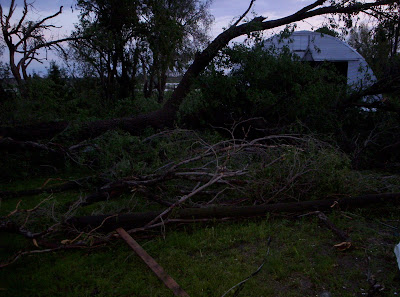 View from side yard 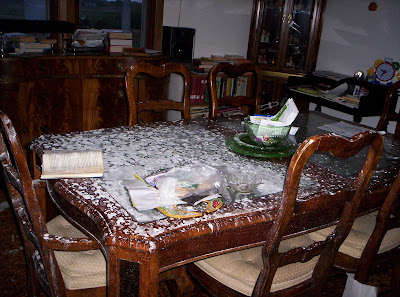 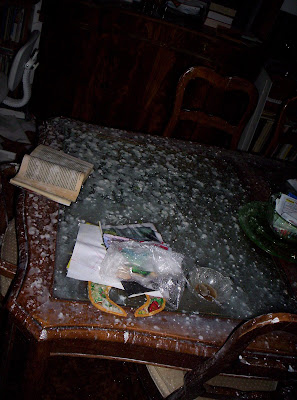 At least he finished the ice cream before the storm hit. Amazingly, the dish, nor my depression glass bowl broke. Tornadoes are funny, huh? 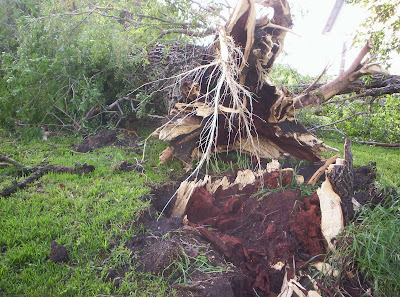 Large tree uprooted from the ground. I think I heard that falling when I was in the storm cellar, but had no idea what it was until the next morning.


I'll keep the post short as I still have a ton of work cleaning up and there isn't really much to say. Our town was hit by two tornadoes within minutes of each other. Everyone (in the entire town) is safe and in one piece. A few nights later, West Omaha was hit. We're under another tornado watch this evening. We only got power back yesterday (and water, as the well is electric) so I'm really just trying to carve out a living space in all this destruction.

More stories later as I have a chance to process all of this. Scroll down to see more photos.
Posted by Goody at 3:29 PM
Labels: Tornado