The Pool Is Sad 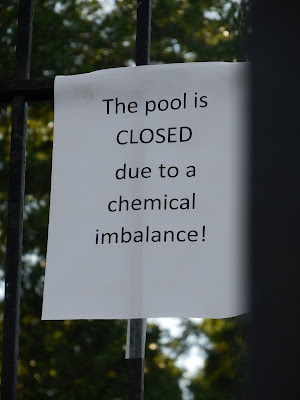 Bi-Poolar?
When the pool weeps, we all weep.
I'm not mocking the Bi-Polar, but I am definitely mocking the person that worded the sign. Anyone living in the US that's seen the absurd television ads for psychiatric medications knows enough to avoid the phrase, "Chemical Imbalance" particularly since the FDA called bullshit on it, and made them start saying, "May be due to a chemical imbalance" because you know...science! Personally, I think the pool is suffering from chemical ambivalence, and isn't willing to work with the chlorine.Today. Tomorrow might be different. Perhaps. The pool doesn't care one way or the other.

We did just have a series of heavy rains, so I suspect that is the problem. 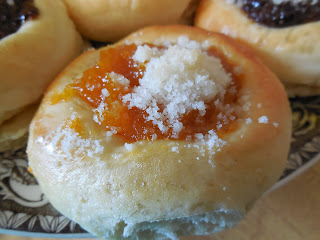 With the pool closed, Danny decided to stay home and work on his kolache recipe for the State Fair contest. He tried both prune and apricot fillings that came out beautiful. We now have several dozen pastries in the freezer from all his various attempts. I might not need to bake again. Ever. 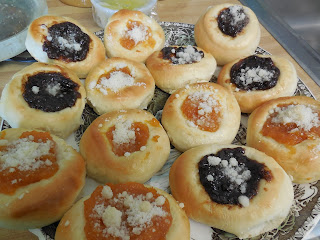 I worked on my blueberry pie recipe for the fair. I now have a crust that stays firm on the bottom for three days without being heavy. The boys really liked the filling made with tapioca instead of cornflour. 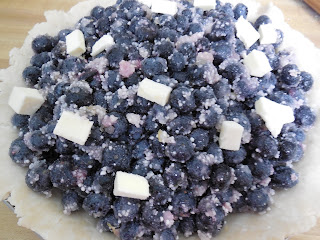 I made certain to dot it generously with butter before securing the top pastry. I'm a bit worried that the good blueberries will be gone by the first week of September when the fair rolls around, so I'll be freezing several pints carefully now. I don't take chances with State Fair pies.
There was also cherry jam being made.

I couldn't remember if this skirt ever made an appearance on the blog. I've had it for ages, and I wear it loads in the summer, but somehow it seems to have escaped the camera. The photo doesn't show them well, but there's sequins sewn on the feather designs. Made in India, the skirt is a heavy sort of cotton that never requires pressing, and stays cool in most weather. It isn't lined, and over the years I've lost sequins as the stitching on the inside catches on everything. I really should wear a slip with it, but I'm resigned to losing most of the sequins eventually. I should just pull them off, and start over. 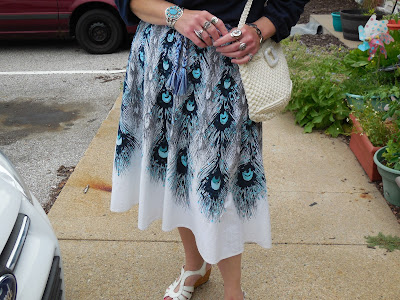 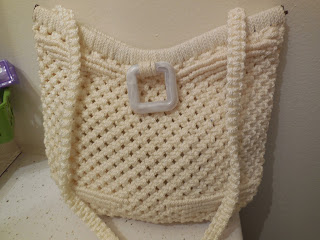 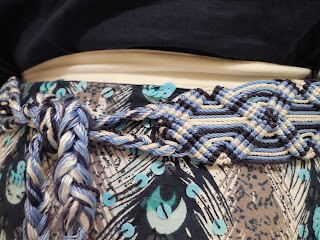 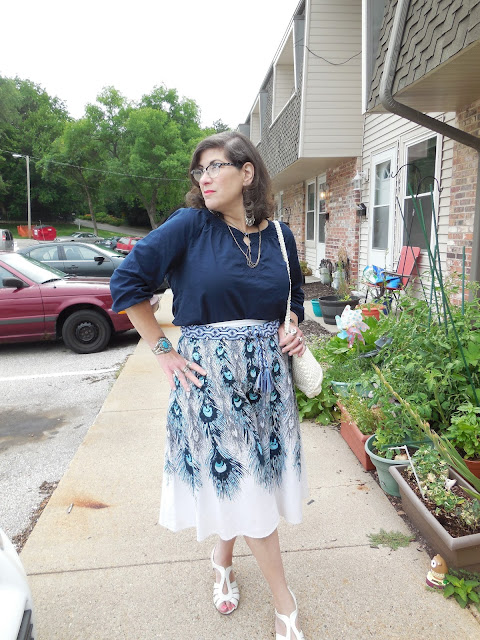 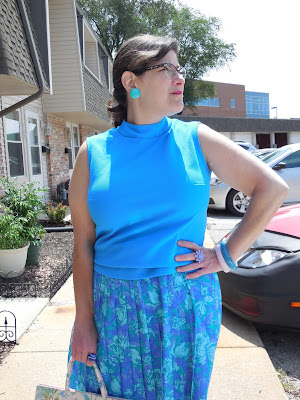 I seem to be doing quite a bit of aqua and purple this summer-no idea why, and it isn't deliberate. The top is made of the heavy, old 60's polyester. There's a half zip at the neck (so you don't disturb your bouffant pulling it over your head) which is a feature I'd love to see return on modern tops. It would be a terrible fabric on a very hot day, but otherwise it is a very wear-able material (and super-easy to launder).

The skirt is a silky rayon from the 80's that seems to defy static cling (unlike so many other rayon skirts) which is a definite bonus. I'm certain it had a matching blouse or jacket at one time but when I found it sitting lonely in the Goodwill for .49 cents, I figured there would be something at home to match it. 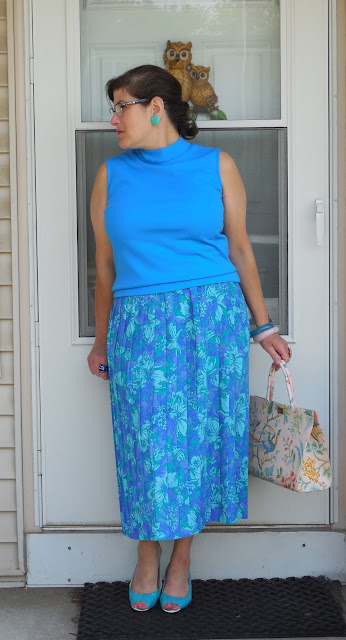 What's on this weekend?
Saturday and Sunday in Omaha the annual Railroad Days celebration takes place. $15.00 per family gets you admission to several great museums, the botanical gardens, free transportation to the sites by bus, and the admission is good for two days, so you don't need to exhaust yourself on the first day. With the heat we've been experiencing, it wouldn't be a bad idea to see the exhibits early in the day, over two days. By the afternoon, it can get unpleasant on the bus.

Hopefully, the pool will be feeling better, and I can get in a swim over the next few days.
Posted by Goody at 5:06 PM
Labels: 1960's, 1970's fashion, 1980's, Blueberries, Bottling, Canning, Fruit pies, handbags, kolaches, Margaret Smith, Pie, Railroad Days, shoes, State Fair, vintage handbags

Trust you to have a chemically unbalanced pool!!! Excellent stuff. Hope that gets sorted quick smart so you can go back to enjoying it.

I don't think I've seen the peacock skirt before; it is lovely.

Now I am intrigued by kolaches, which I've never heard of. I've found a recipe with weights, maybe i'll try them at some point. Danny's look so delicious.

Once encountered a "back fence fruit" kolache stall at a church bake sale. I was silly enough to ask the elderly stallholder exactly what fruit was involved. She informed me pertly: "Fruit grows out back -- mulberries, gooseberries and such as that." Very rich and tangy!

J'adore that peacock skirt, with or without sequins! The curvy straps of the sandals are nicely coordinated.

What a shame about the pool - hope it's back in action soon!

I love your peacock skirt and that blouse. Also love your aqua outfit and the bag is so lovely. Matching shoes as well, how beautifully coordinated you are.

The baking and making in your house had me almost dribbling; good luck to you both at the State Fair. I'd love to sample it all but there's that great big pond between us...

Ditto what the Princess said. Hope the pool recovers soon so that you and yours can take dip.

My goodness, I bet your home smells heavenly with all that baking going on!

@Sue
Just as the pool was getting better...it rained again. Bugger!

@Mim
There's two varieties-we made the lighter ones without sour cream. BTW, if you'd like I can send you a set of American measure cups so you can cook our recipes without fiddling around with converters. Drop me an email if you'd like a set.

@Beth
We had a large mulberry that became a tree on the farm, but I always left it for the birds. There's one in the park next to our home in the city, but the birds won't bother with it because of all the backyard feeders! Smart, those birds are.

@Veronica
Pie definitely doesn't travel well in the post! Now, a Christmas cake is another story...

@Ann
Thank you for the well wishes. Danny's getting into full-fair mode and the fair isn't until the first week of September. Practise makes perfect though.

@Thrifty Parks
If the pool doesn't recover soon, I might become sad!

@Vix
I'm off to start searching the Internet for the green version of the skirt-I'd love to get my hands on that. Thank you for letting me know it exists.