My Wee Danny Dumpling is 12 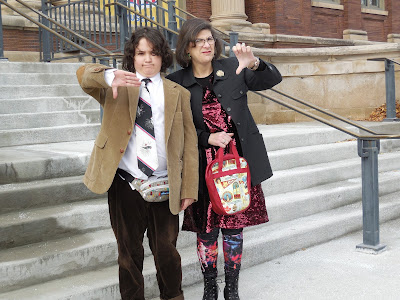 We tried going to the Union Pacific museum as a Birthday activity, but it was closed! That's okay, because the Council Bluffs City Hall across the street was open, and it is like an Art Deco museum. 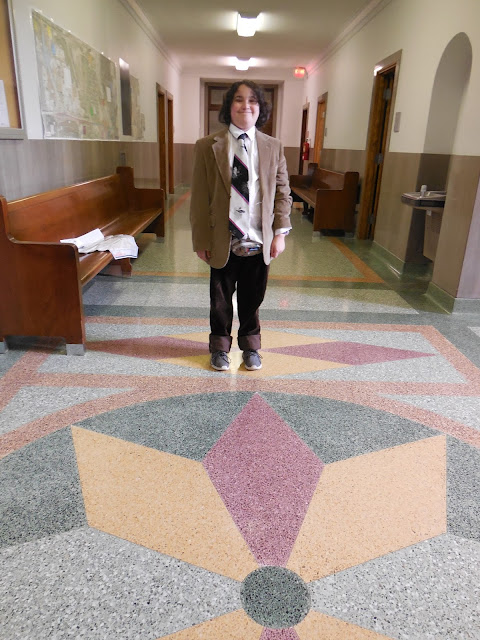 A friendly employee pointed us to a plaque hidden away in a dark corridor showing the building was a WPA project from 1939. 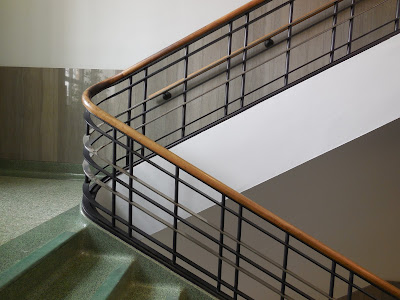 The building was rather empty for a Tuesday, permitting us to wander about enjoying the architecture. 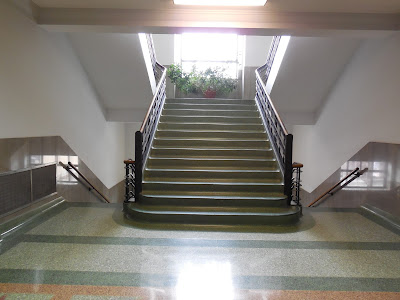 Danny has discovered the writings of Hunter S. Thompson, as boys his age do. As a result, he asked for a Birthday cake based on Fear and Loathing on the Campaign Trail, '72. 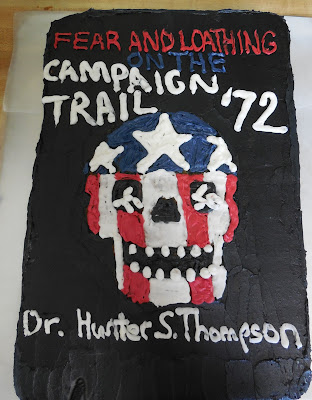 You ask, I bake. Sigh, I almost miss Nixon. 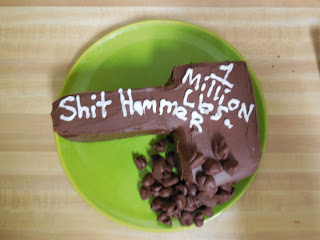 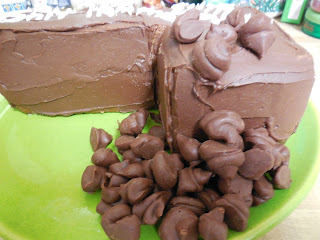 Still not as strange as last year's Mr. Creosote cake-but close. I'm sure I'll be sad when he no longer wants a novelty cake. I have to bake them myself-could you imagine asking a bakery to do a "shit hammer?!" 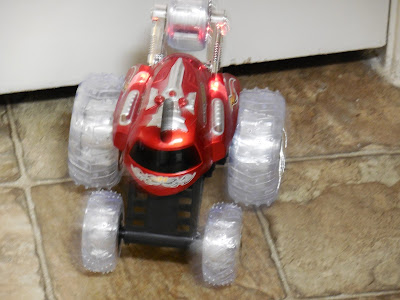 We're taking Danny on a birding holiday out west in the Spring as a combination Birthday/Christmas present, but I still thought he should have a little something to open besides bird guide books. This remote controlled car was ten bucks at Walgreen's and he loves it. If you're in the US and need an inexpensive, last minute gift, it might be what you're looking for.

Per your requests, here's a quick first look at the boots (sorry for the crappy photos) 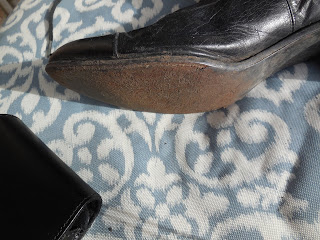 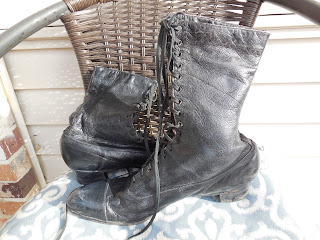 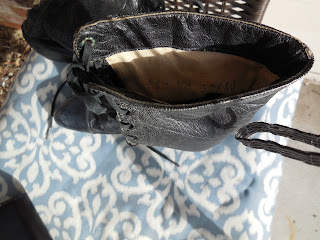 They're lace-up rather than button, and the tops are soft and flexible.  The heels are worn through to the nails, but that does give an interesting look into how they were constructed. A similar pair at 1860-1960 date to around 1900. I need to unlace them and have a better look at the interior, but so far I'm pleased with my purchase-I just wonder how they ended up at our thrift store? 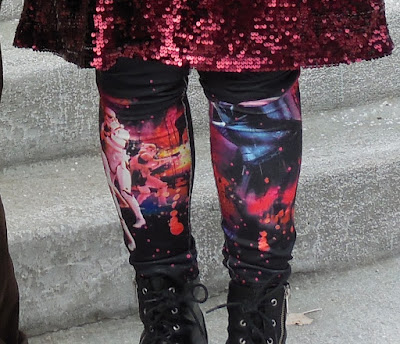 Yeah, they're too big, but hey, Star Wars Leggings! I had someone shout, "Look at her cool pants" when I was waiting to pay for some items. Everyone had to turn around and look. Good thing I'm not shy! I really wish they would stay up, but I'm afraid it is not to be. I have a habit of buying most things too big. 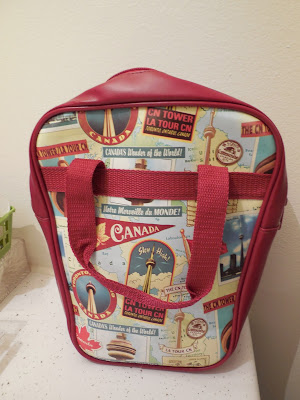 You've seen all my Mexican tourist items, so today I'm featuring something from our other neighbo(u)r, Canada. I think it is a bowing bag, but it is a purse now. 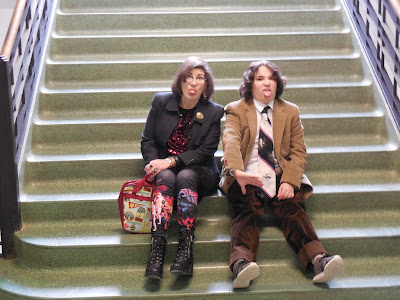 Happy Birthday kid, I'm glad I get to be your mama.

Happy Birthday Danny!!!! My eldest has a few Hunter S books and he loves them and the author. Blokes?? Star Wars tights, yes!!! Love art deco buildings, we have an entire city, Napier that has Art Deco buildings and they have a yearly weekend. One day I shall go.

Happy Birthday ( late) to Danny. What incredible cakes you bake! Imagine what a store bakery would say if you requested ones based on those themes! JanF

Happy Birthday to Danny!
Congratulations to you on being his Mum for twelve years.
Your leggings are out of this world and those boots are so lovely! Thanks for the pictures.

Thanks everyone for the birthday wishes!

@Vix
I don't know how people dressed themselves back then-I look at all the fastenings and buttons and stays and think I'd never survive.

@Jan
If you've ever seen the Cake Wrecks website, I think you could get a good idea of what a shop might do with the request.

@Radostin
They are crappy photos-I promise to do better when I get a moment.

Happy birthday, Danny! What a fab mum you have to bake you such wonderful cakes, dress in such a unique way and to love you so much...

Brilliant leggings and the boots look amazing. How they ended up in the charity shop would make the most wonderful story.

@Veronica
I do love that little stinker-I'll miss doing all the cakes and parties when he decides he's too cool for them. I was a (very) late in life mother, and I'm enjoying (almost) every minute of it.

@Ann
Not any of the bakeries around here-this is a very conservative part of the country.

Happy birthday to Danny! I hope his birding holiday goes well. I'm sure he will still want novelty cakes as he gets older. You never grow out of cake.

Those leggings ARE cool.

@Mim
Thank you.
I took the kid to a local park today-next thing I know he has some rare bird flying *to him* and hovering by his hand. It didn't perch, but it was like watching something out of a Disney movie. I wouldn't have believed it if I hadn't witnessed it. That boy is a bird whisperer!