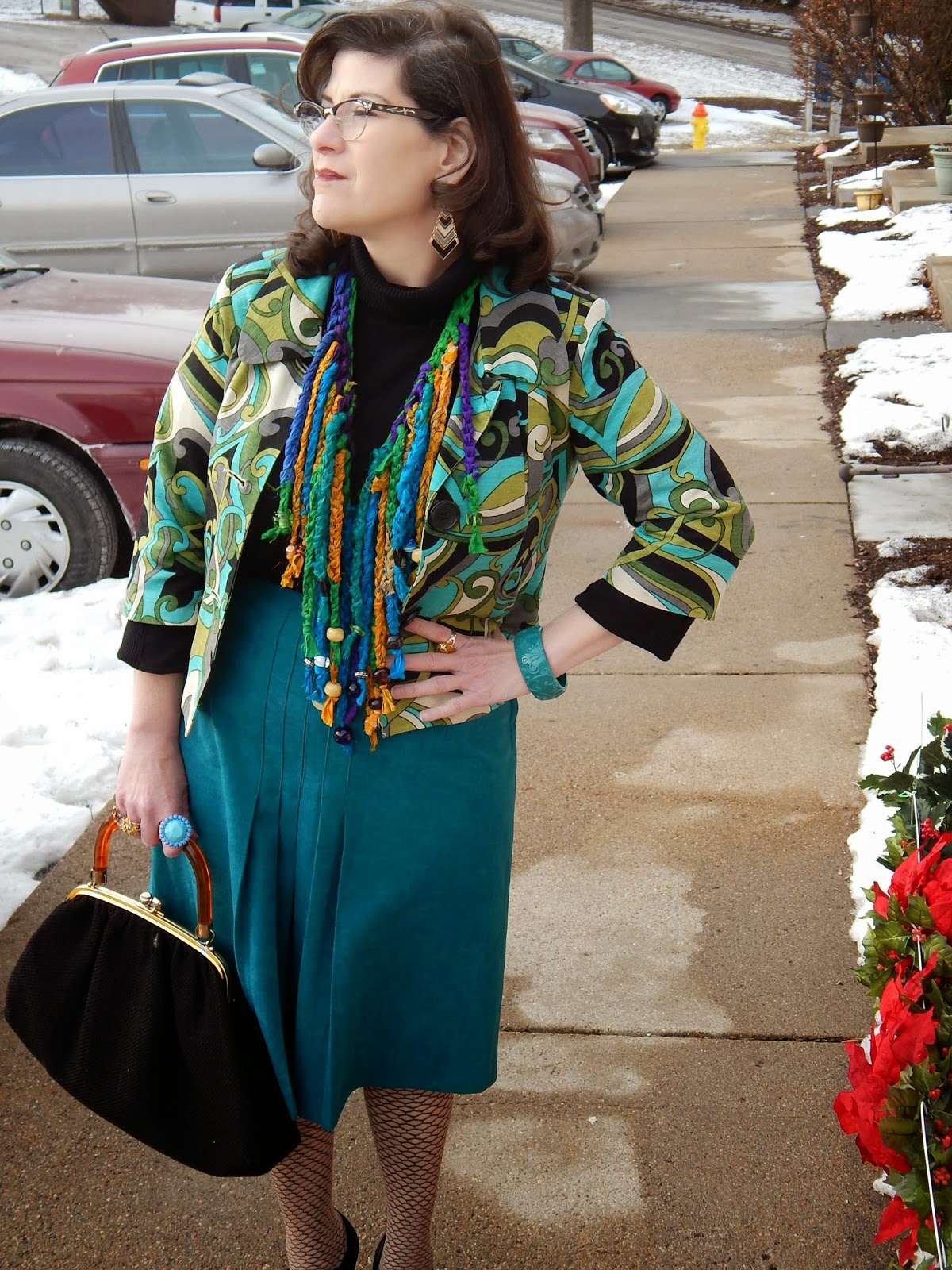 Mr. ETB bought me a new car for his Birthday (!) So we went out driving to see if I could get used to it. Nice, but no Ford Tempo. We're keeping the Mighty Ford Tempo, but now I have a car that can be driven when it rains. He bought a Ford Focus, which is like a 2014 Tempo. I don't like complicated cars. 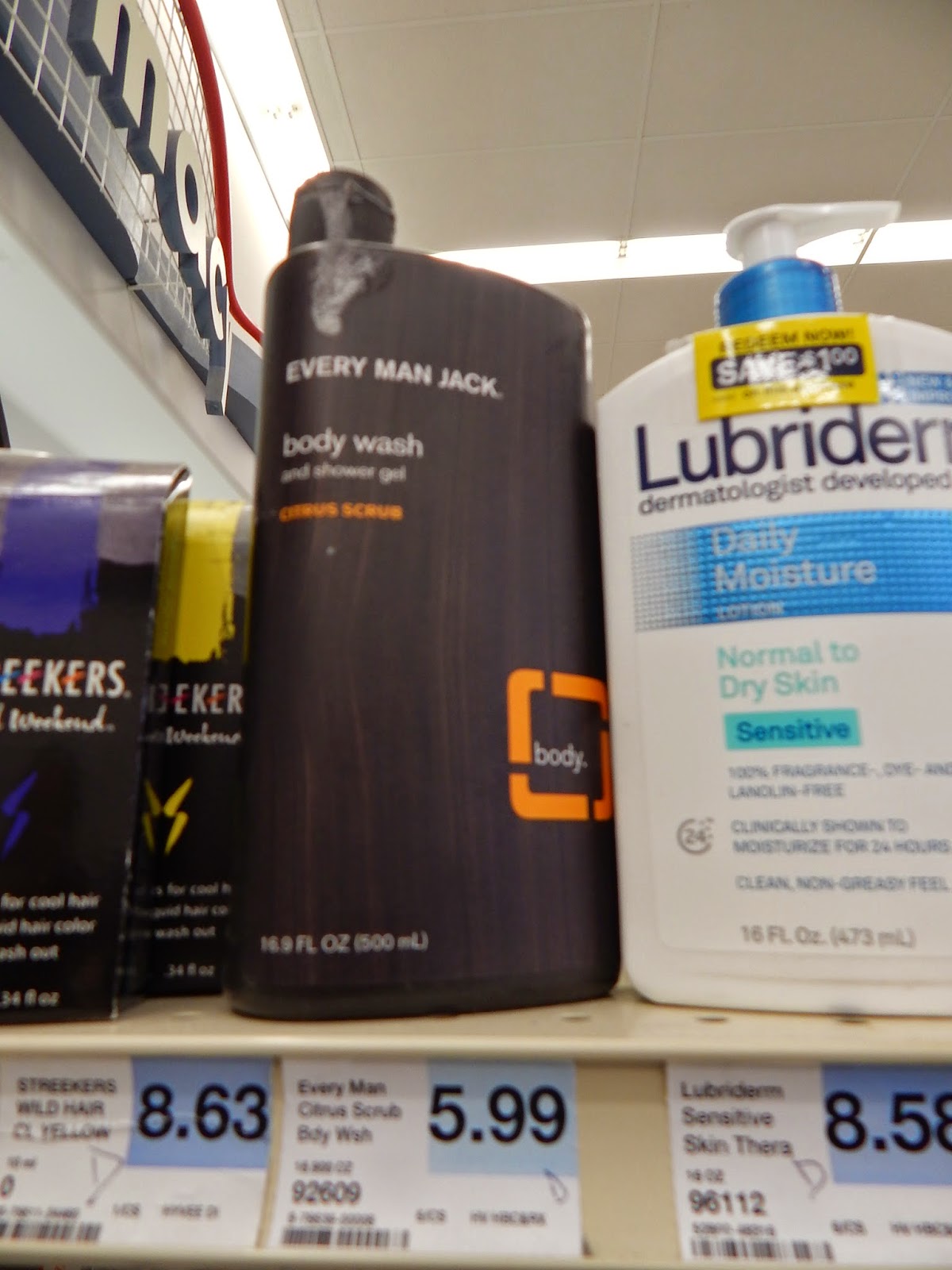 We drove to Iowa, and would you look at the sort of things they sell in Council Bluffs? I think, "Every Man" already jacked. Ewwwww. 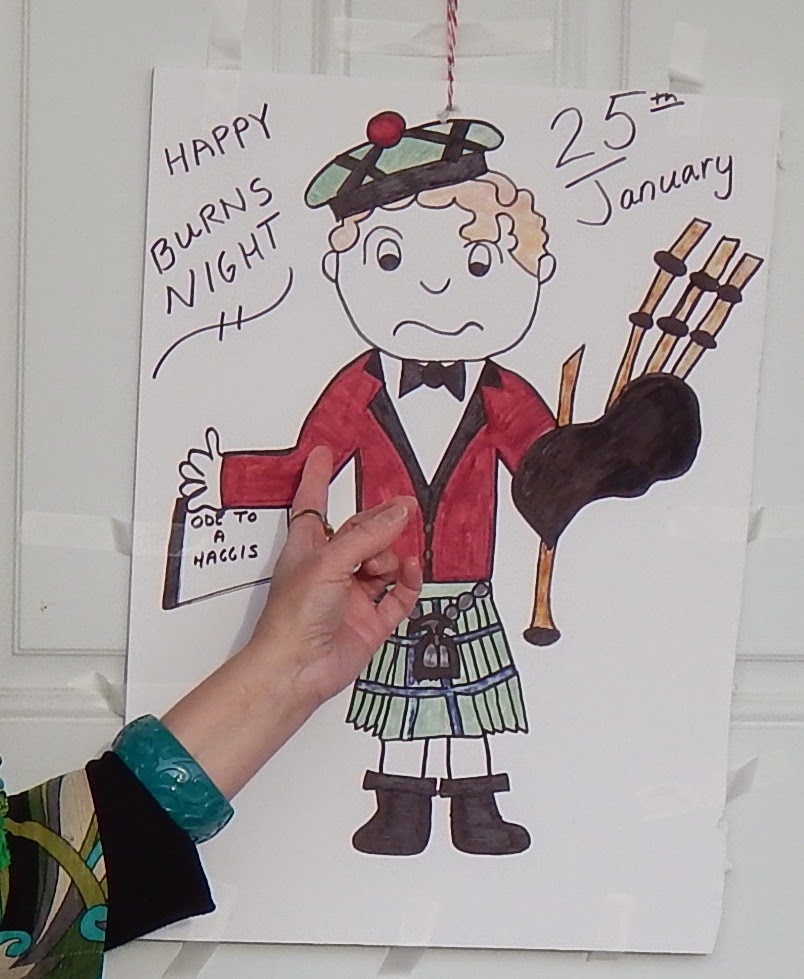 Angus Magruder has been hanging on the door confusing the hell out of our neighbours. I wonder how many people had to Google, "Burns Night" or, "Ode to a Haggis." And yeah, I can't draw bagpipes. I dunno, the front of the house looks so bare after Christmas, I had to do something. 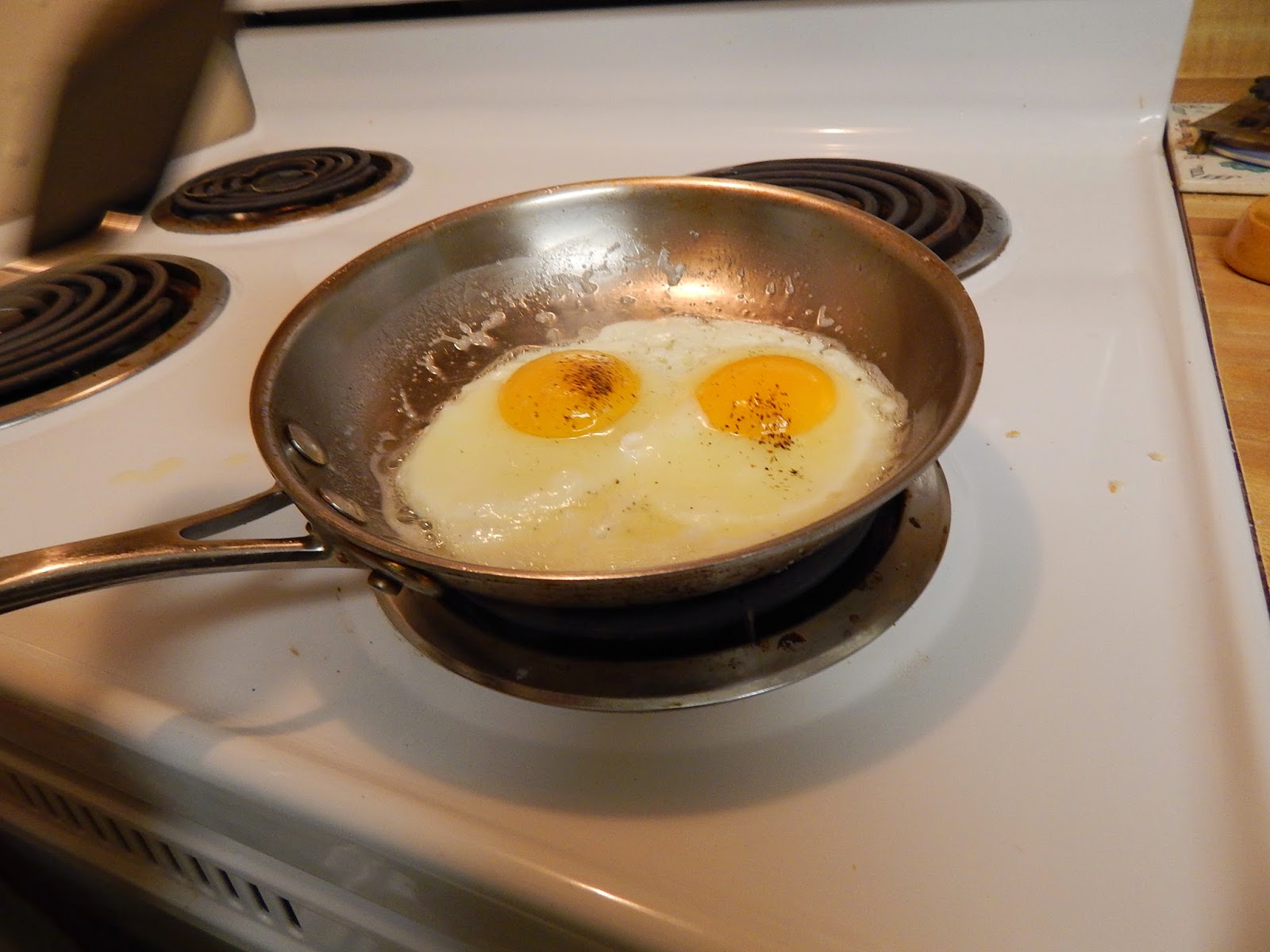 Is it just me, or do these eggs look like a snowy owl? Fine, moving along... 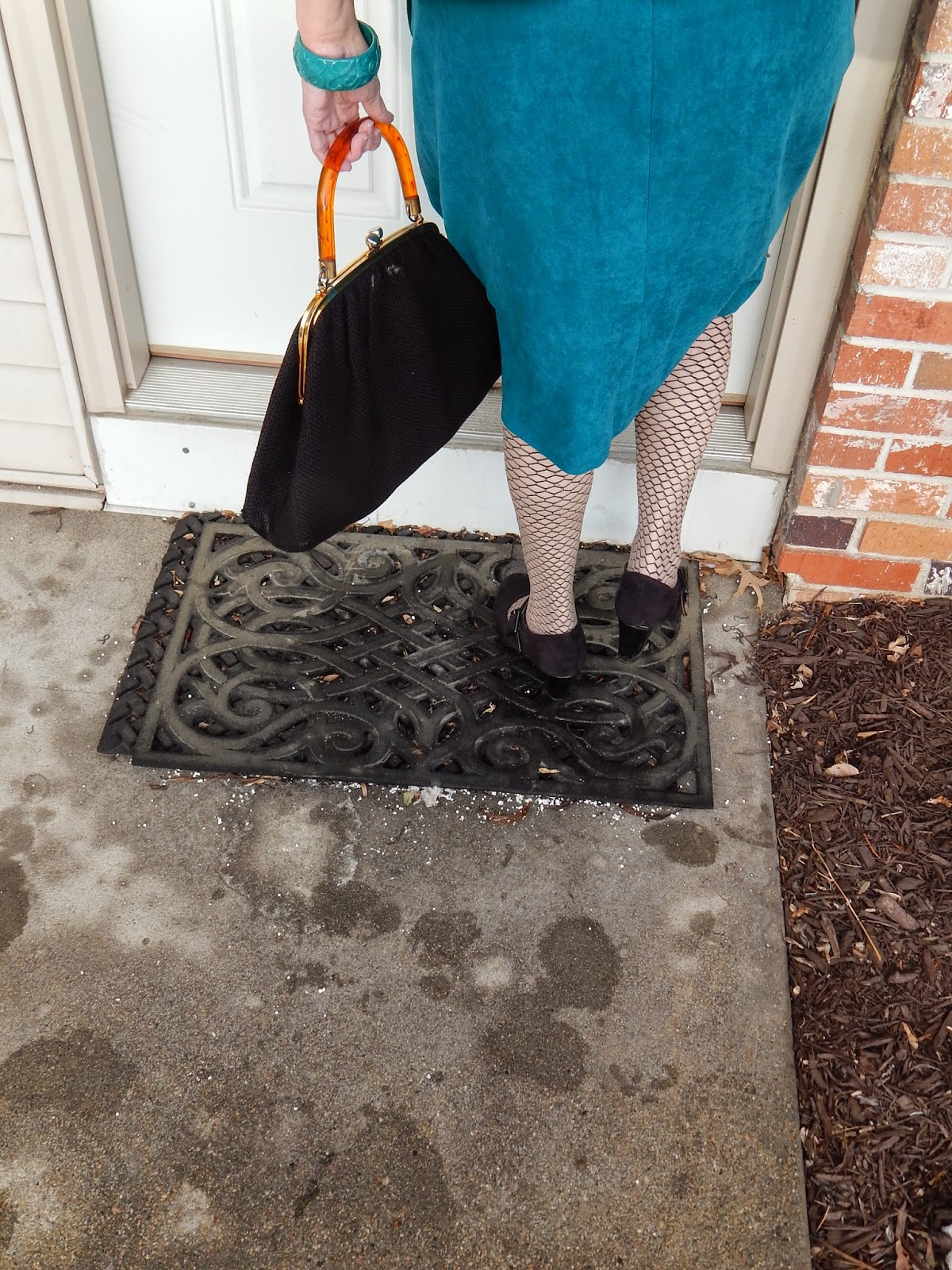 The double doormats are really unnecessary, and it still doesn't help with all the sidewalk salt. I really ought to put one by the back door, though we never use it. Anyway, the fishnets made an appearance today, but they are really tights with a fishnet pattern. Too damn cold for fishnets.

I hadn't been to my favourite thrift store since November, so today was like seeing old friends. After catching up with the staff, I took a look at all the cool stuff people donated at the end of the year. I came home with another brass lamp with a milk glass shade (heavy, heavy, heavy stuff from the 30's) a denim jumpsuit from the 70's (the volunteers want me to come back wearing it), a very old Vera scarf, and other assorted clothes from the .99 cent rack. I did well, which makes me wonder what I missed by waiting all this time to get over there. I couldn't believe they were letting that lamp go for $7.00 but I guess it sat there and didn't sell. It works, you would think for that alone someone would have bought it.


Since Mr. ETB was nice enough to buy me a car for his birthday, I baked him a Black Forest Torte, which I will photograph and share on blog. I've never made a cake that required starting a week ahead of time (to make the boozy cherries)and three days to assemble, so I have high hopes for it. It was certainly the fiddliest cake I've baked in a while unless you count this raspberry Bavarian filled abomination. Piping lady fingers ain't my strongest skill 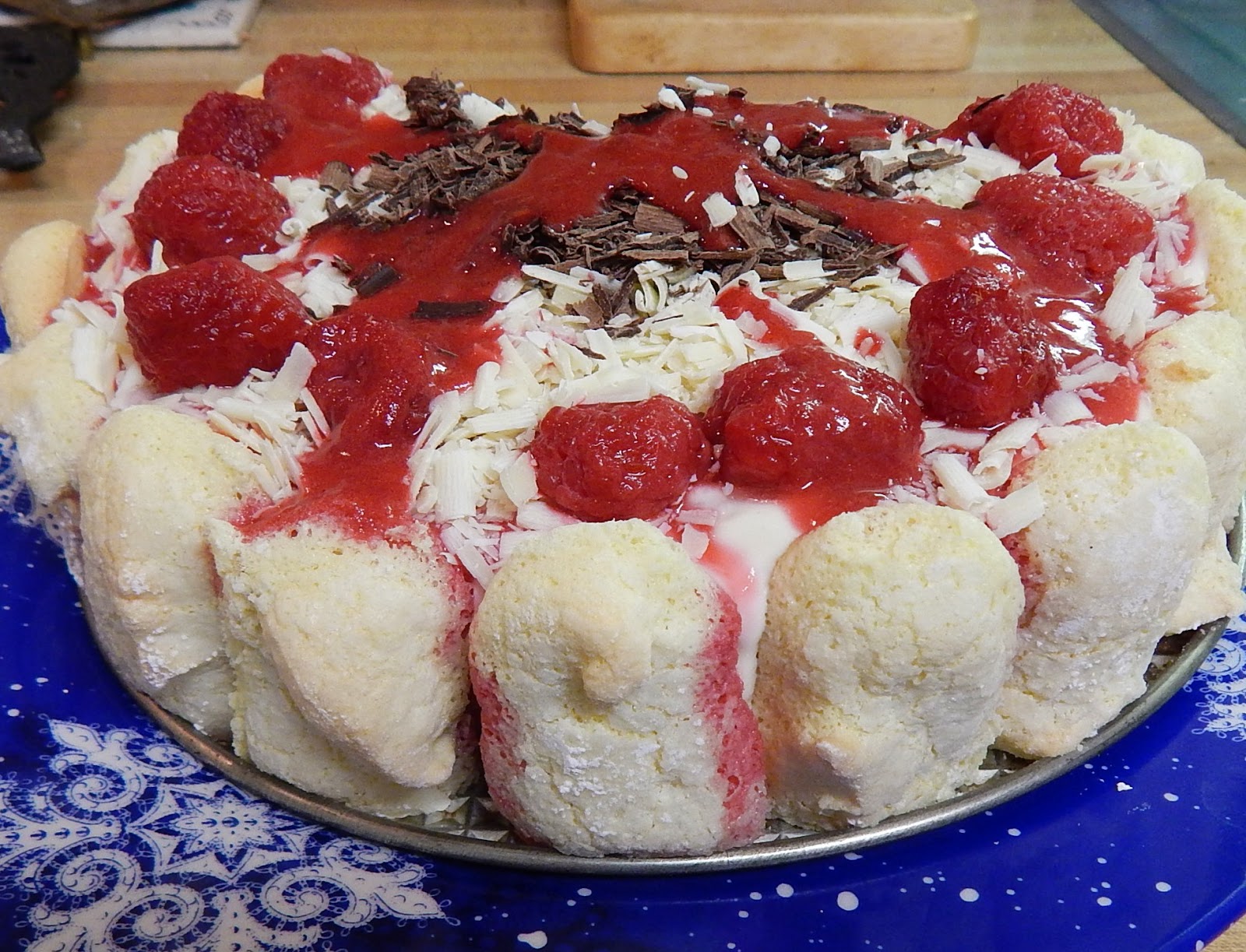 They look a bit like my fingers-fat, stubby and misshapen from arthritis. I didn't bother with a cardboard cake round because I had already devoted too much time to dessert. It was delicious, but the presentation could have been better. Speaking of misshapen fingers... 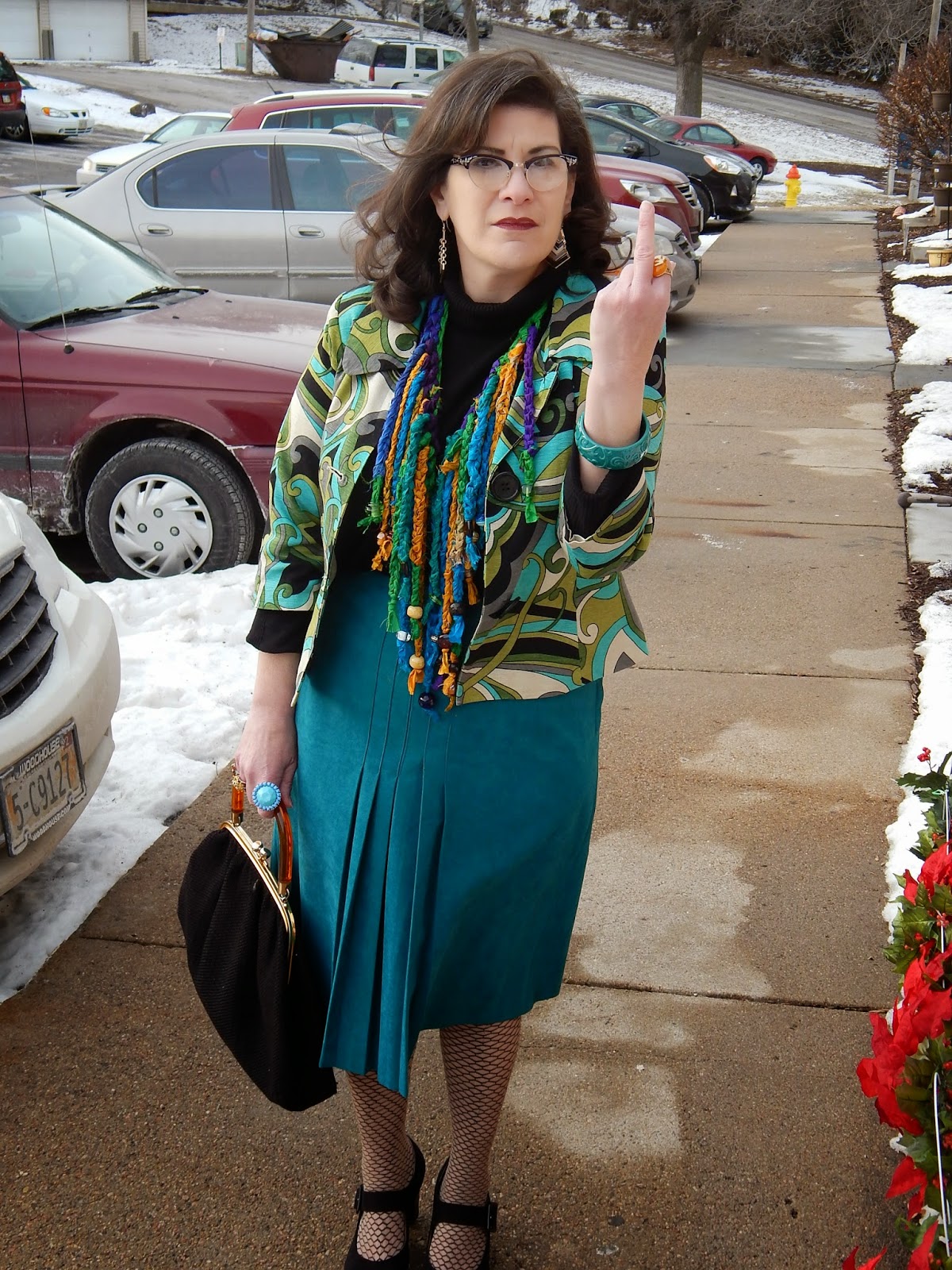 Yeah, that's better. This last week can just fuck the hell off.

You made your own Lady Fingers which is quite an accomplishment! And of course your bird is always a thrill..and completely legal as you know. I have not lived in a snowy climate for 15 years and my favorite black suede shoes STILL have salt stains on them. Watchya gonna do?

You get a car for his birthday? What a fabulous idea, must run this past TOF. Fishnets!!!! Eggs that look like owls!! And you in the last photo, BRILLIANT!!!!

Here's hoping next week gets the two fingers of peace or if you place your fingers in the opposite direction it means to F-off there too. So you can decide:) I hope you grow into your new car. I know it's difficult when you have to change cars. I had my last car for 10 years but it was time for it to move on. I do like that you have a Ford Tempo because they are the last of a dying breed and I'm amazed yours still runs! My mother had one (an 80s model) when I was growing up and I had a couple of Ford Escorts. I was never quite pleased with Ford Escorts but the Tempo was better. The absolute worst were the Horizons!

@Sue
Next year for his birthday I was thinking of asking for a caravan.

They'll pry my Tempo from my cold, dead, hands. We'll keep it as a summer car, but sooner or later it will be beyond repair. We keep cars a very long time, so this will probably be Danny's car when he starts driving.

Yes, I will get the lamp photographed soon. Thank you for the compliment-I do like teal, but it is strangely hard to find. It seems to have been out of fashion for some time now. Perhaps that's due to change.