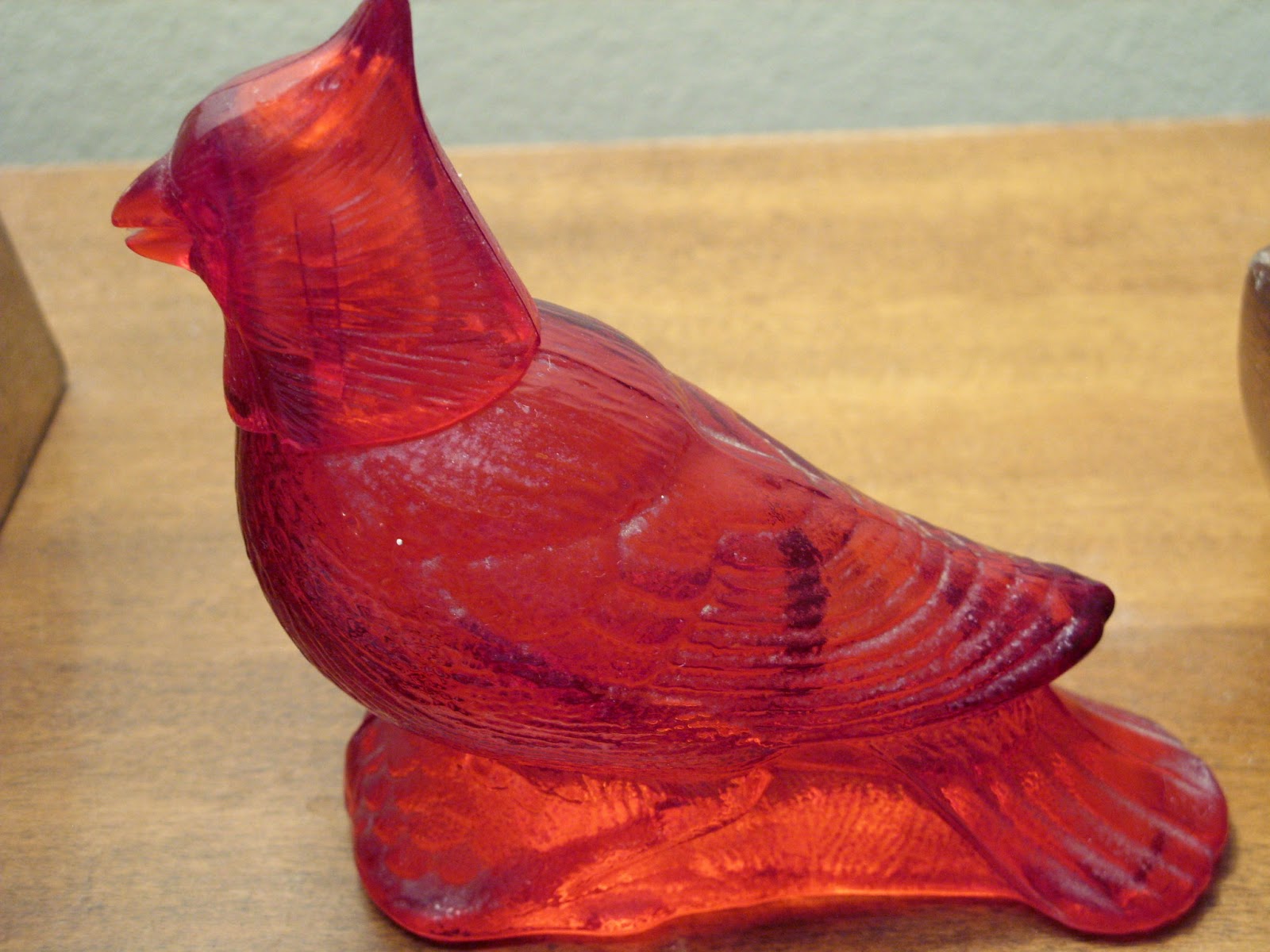 I spotted the bottle at Hand-Me-Ups and knew at first sight it was Avon. I don't collect the bottles (though they have had some great ones over the years) but I thought my little ornithologist might be able to make use of it. Picking it up, I realised it was full.

I am blessed with very little inhibition, so I unscrewed the cap which had likely not budged since the late 60's, and took a whiff . I should mention the store was crowded.
"So what does it smell like?" Danny asked.
"Well, it smells like civet."
"And?" he asked hopefully.
"And civet. And 1970. Maybe some carnation. And someone that didn't wash as well as they could have but then they had a cup of Earl Grey that was heavy on the bergamot."
"That's too bad."
"Too bad?! Are you crazy? I'm buying it!"

A man about my age tried not laughing , but failed horribly.

If you had asked me the name of this perfume, I wouldn't have remembered it, but once I smelled it I remembered the cupcake shaped bottle of perfume given to me when I was young by a little boy named Mikey that came to see me in a play. I think his mom sold Avon, and must have thought he should bring me a gift for after the performance. Really, it was I that should have provided the gift for making him sit through The King and I. *
Hello Young Lovers Wherever You Are...here's some perfume that smells like cats in heat and unwashed undergarments. And Carnations.

The high point of being in that play was contracting chicken pox on the next to last performance. Mum didn't like my understudy's family, so she wouldn't let me skip the last show and slapped oil-based stage makeup over the emerging pustules. After the show, she scrubbed my face clean, and then used Ten-O-Six astringent on it to make sure it was all clean. I got over the pain, but the pockmarks stayed with me. She felt bad about it, and wanted to pay for cosmetic surgery for the scars, but I never wanted it done. I wasn't being passive aggressive about it (she did hate looking at the scars)I just don't like the idea of unnecessary procedures. As I've aged, they sort of blended into the wrinkles anyway.

See? You can hardly notice them. 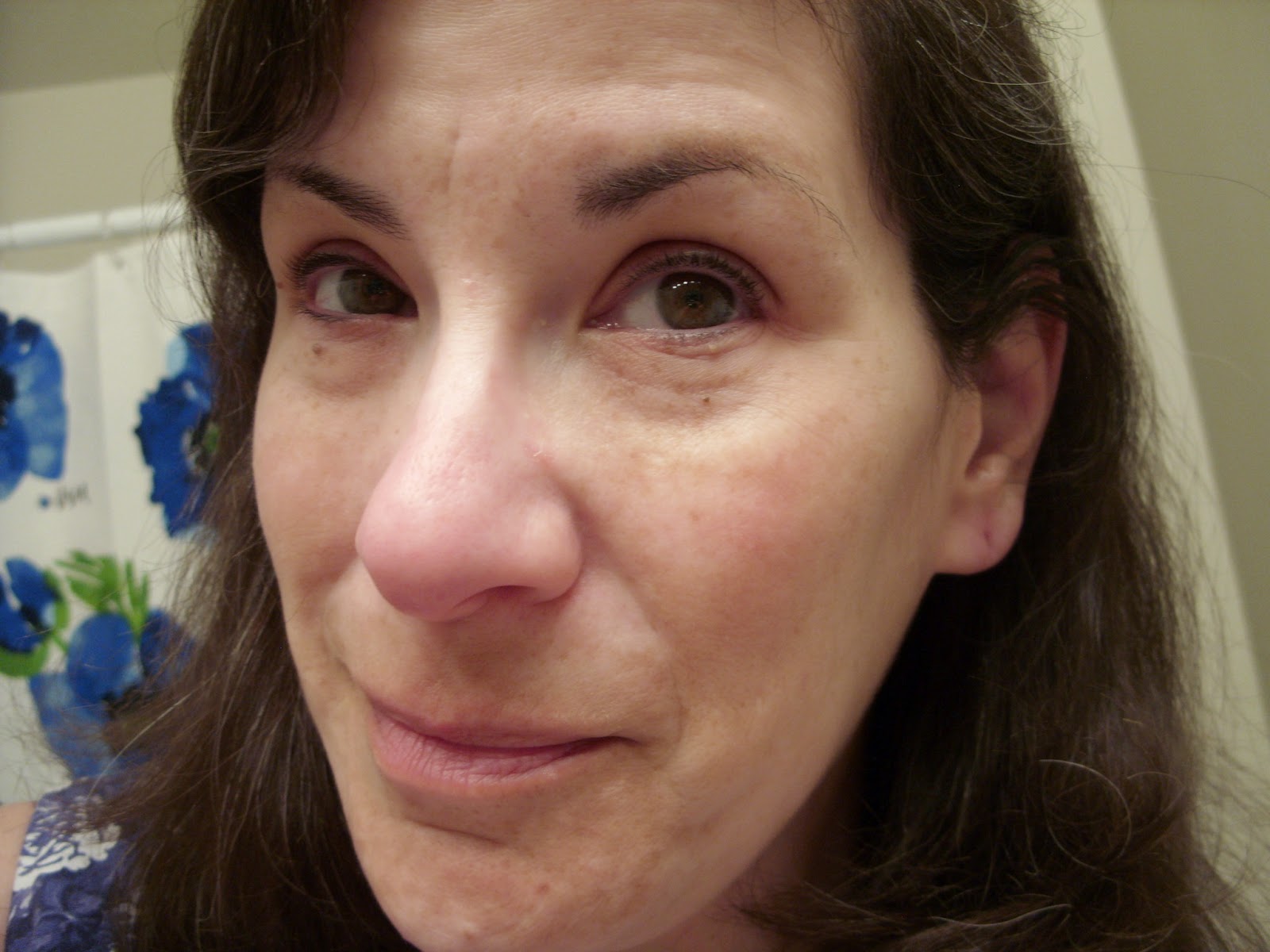 Honestly, the only part of having the chicken pox I remember being pissed off about was President Nixon. I finally got to stay in bed all day with a small portable television set up, and PBS had preempted all their shows for the Watergate hearings. It wasn't much better at WGN. Uninterrupted television access, and all I got was Archibald Cox. So. Fucking. Infuriating. Forty years after the fact and I'm still pissed off about it-I wanted to watch Banana Splits. The pock marks? No big deal. Now, the scoliosis they chose to ignore thinking it would just go away if I stood up straight...that's something I resent, but that's another post. I do find it amusing when I have a chest x-ray, and the technician always feels obligated to ask me if I knew my spine was so bent. Gosh, no, I never noticed. Geez. 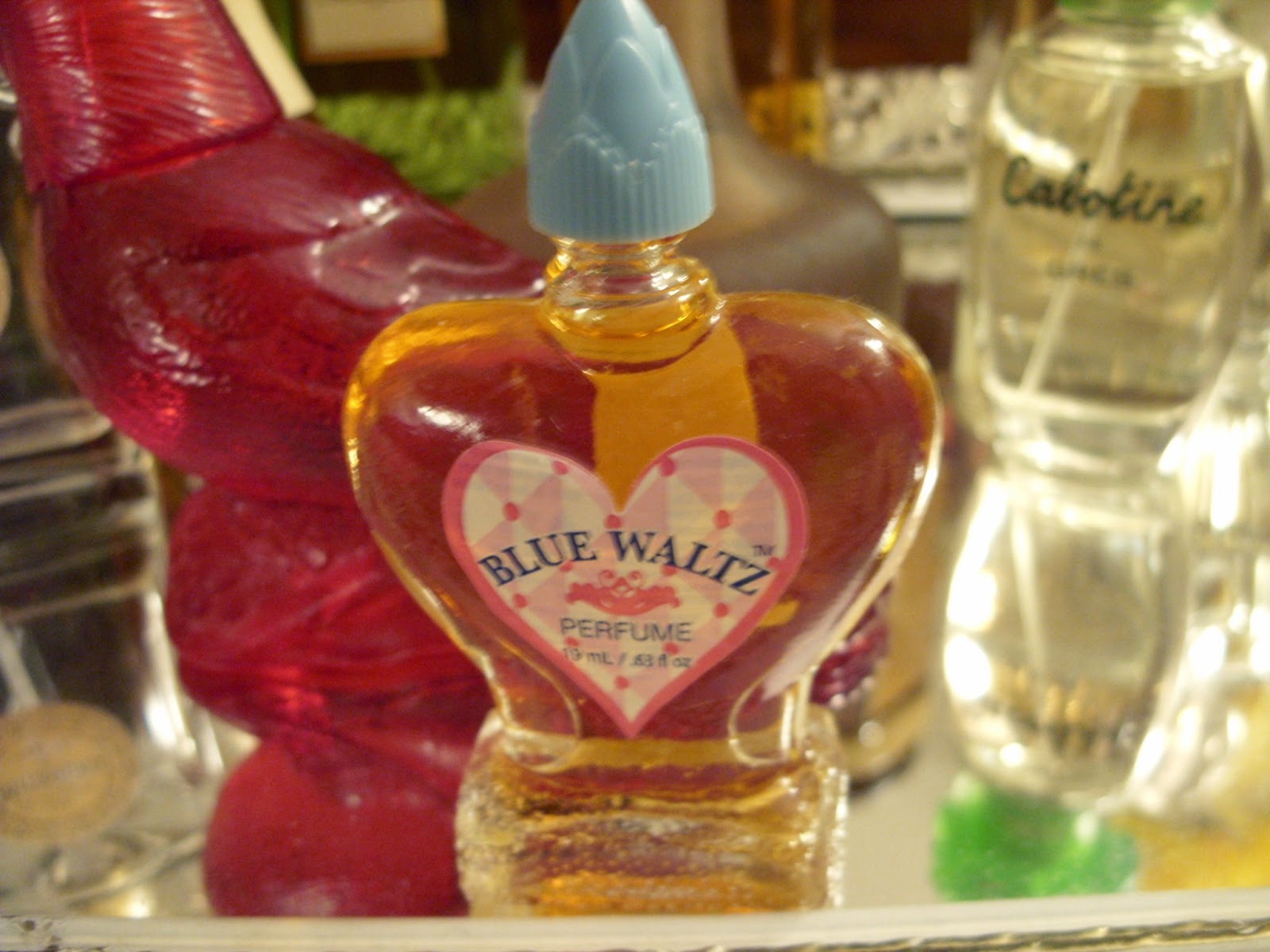 Here's another recent acquisition from the same era. It doesn't smell like feral cats or someone that doesn't, "Wash her sister", rather it smells sweet. Very, very, sweet. I really just wanted the bottle, I can't imagine anyone over the age of six wearing Blue Waltz. It is getting harder to come by (I got the last bottle at Ben Franklin) but that's what Vermont Country Store is for. Sure, they're expensive but nostalgia don't come cheap.

Do I feel charismatic wearing this Avon classic? No, but jokes aside, it is a very good perfume. It smells like the late 60's (it was released in '68) and the aldehydes, musk, and florals do really work well together. I remember really liking the cupcake bottle Mikey gave me (understandable, as it was the closest anyone in our house was getting to a cupcake-"You'll get fat!") but I'm sure I never wore the perfume. Peter gave me a bottle of Evening in Paris around the same time, and I was kind of sweet on him, even though he was clearly gay. Gawd that kid was beautiful, in a young Paul McCartney way. Mikey looked like Bruce McCullough. Anyway, I should have worn the perfume because it is terrific, but at that time I just wanted to wear Je Reviens, which was horribly unfashionable. Yeah, that's me-always 40 years out of date!

The good news is that Avon fragrances don't go for outrageous amounts of money these days, so if you want to give Charisma a try, it shouldn't set you back much. For something that was manufactured to be a cheap collectible, the perfume is surprisingly complex.

*Fun Fact- I was in The King and I twice, a couple years apart playing the same role. I can't sing, and I am definitely not graceful when it comes to dancing, still I spent a good ten years doing musicals. I despise musicals (even the good ones). I will never spontaneously break into a show tune. I may be able to do all the lines and songs from South Pacific the way some people do The Rocky Horror Picture Show-but I won't. You will never hear me washing that man (or any other) out of my hair. You won't. I won't be, "Getting to know you" in song either, but if you splash on a bit of Avon's Charisma...I'll get to know you...and your feral cat.

I seem to remember 'Sweet Honesty' (1973) by Avon was my 1st perfume as a girl, not including Jean Nate bubble bath.
I don't really see your chicken pox scars - they look sort of like mine when I get out the magnifying mirror with the halogen light (another joy of aging presbyopia)- just tiny indentations, no discoloration.
Going to the dermatologist in Delhi is so cheap I've had dang near everything lasered off & botoxed out as I hurtle towards menopause.
My acting chops- I have played every female part in the "Sound of Music" starting from the age of 5 & met the real Maria von Trapp when I was 7yrs old (The real Maria von Trapp looked nothing like Julie Andrews, a real shocker to an 7yr old.)

I think I had a bottle of that from my grandmother that came in something that looked like a fancy Asian vase with a gold stopper. Can't remember the scent. I remember the Jean Nate though (cough).

The largest pock mark is now totally obscured by the deep crease between my eyebrows, which strangely enough is the same exact spot my dad had a wrinkle. As my skin lost elasticity, the marks sort of blended. I wouldn't care if they hadn't.

I remember hearing some interview with one of the Von Trapp kids saying their step mother wasn't as much fun as the movie portrayed her to be (I guess she was somewhat severe). I always meant to go visit their lodge in Vermont, but never managed to do it when I lived in New England.

My first ever bottle of perfume was Charisma, in a bottle shaped like Jemima Puddleduck. It was a Christmas gift from a relative. I had no idea it was still possible to find it around...

It's funny you should post about Avon bottles. I was looking them up about a month ago, reflecting on childhood Christmas presents. I remember being so excited to look through the Avon catalogs and pick out my favorite from the kids section. I looked up on ebay and they still have the gingerbread guy and bottle shaped like a boot floating around. I think I was about 7. Funny things we remember? I remember my Avon bottles and you remember Nixon lol.

I think those bottles are so memorable because they were the first perfumes for so many people.

I know people still sell Avon, but not anyone I know. I'd love to have a look through a catalogue.