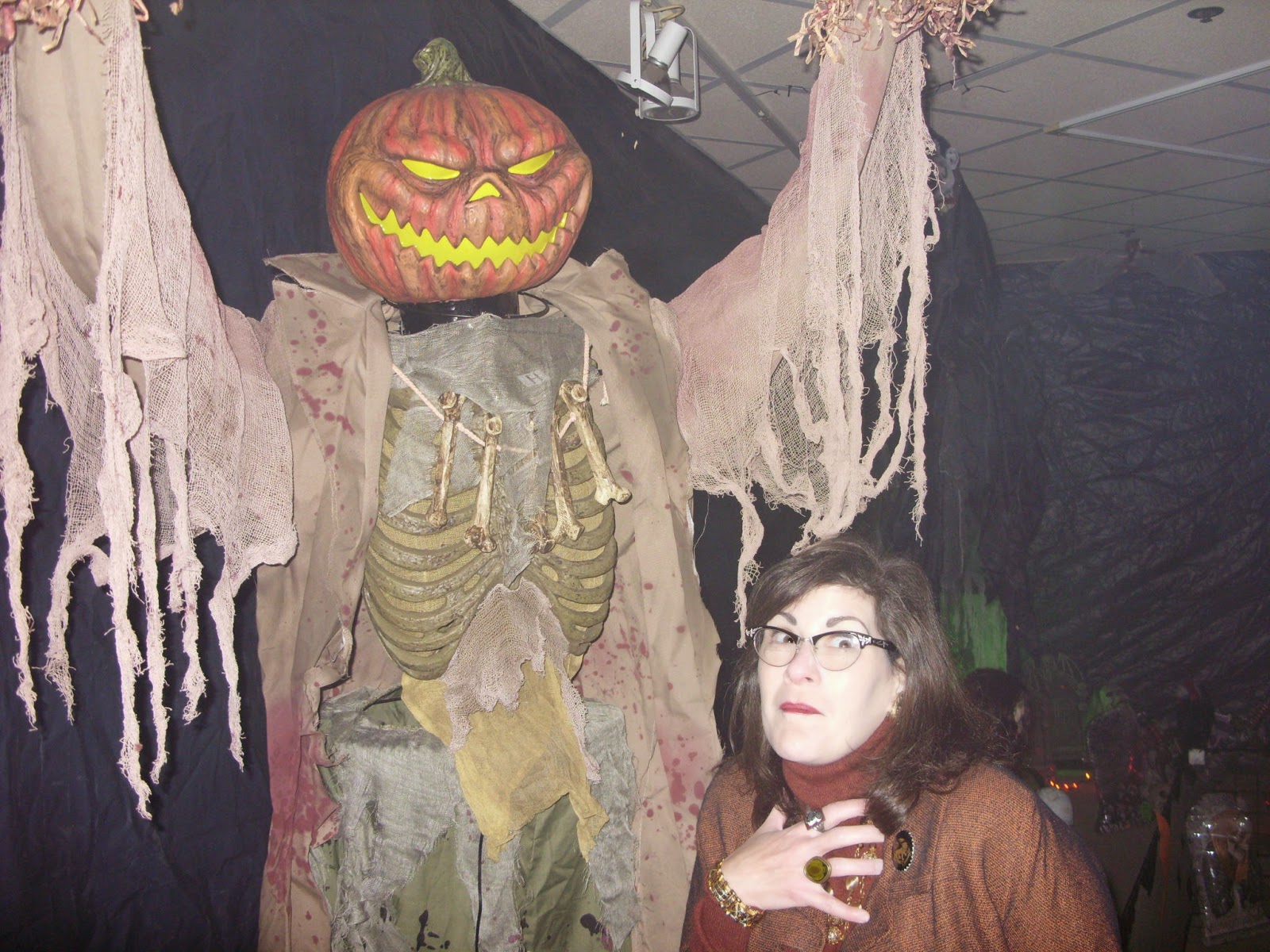 I woke to a frost this morning. That's terrifying. Yesterday, I harvested the last of the delicate vegetables and herbs, and now my kitchen counter looks like this... 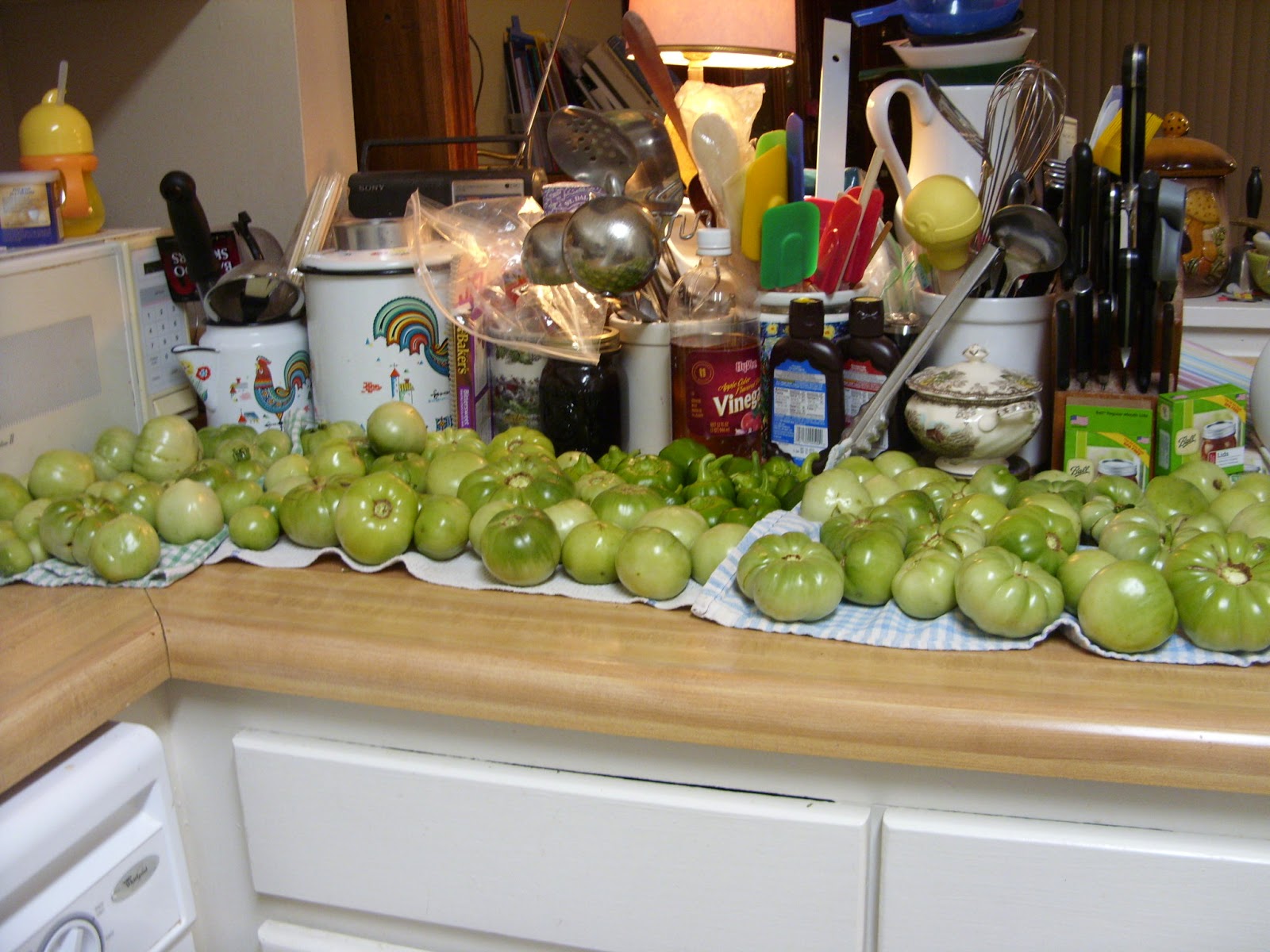 Sigh. I had hoped for a few more weeks of ripening on the vine but I guess it is Chow Chow relish and green tomato mincemeat from here on out. Maybe some chutney. Everyone likes green tomato chutney. 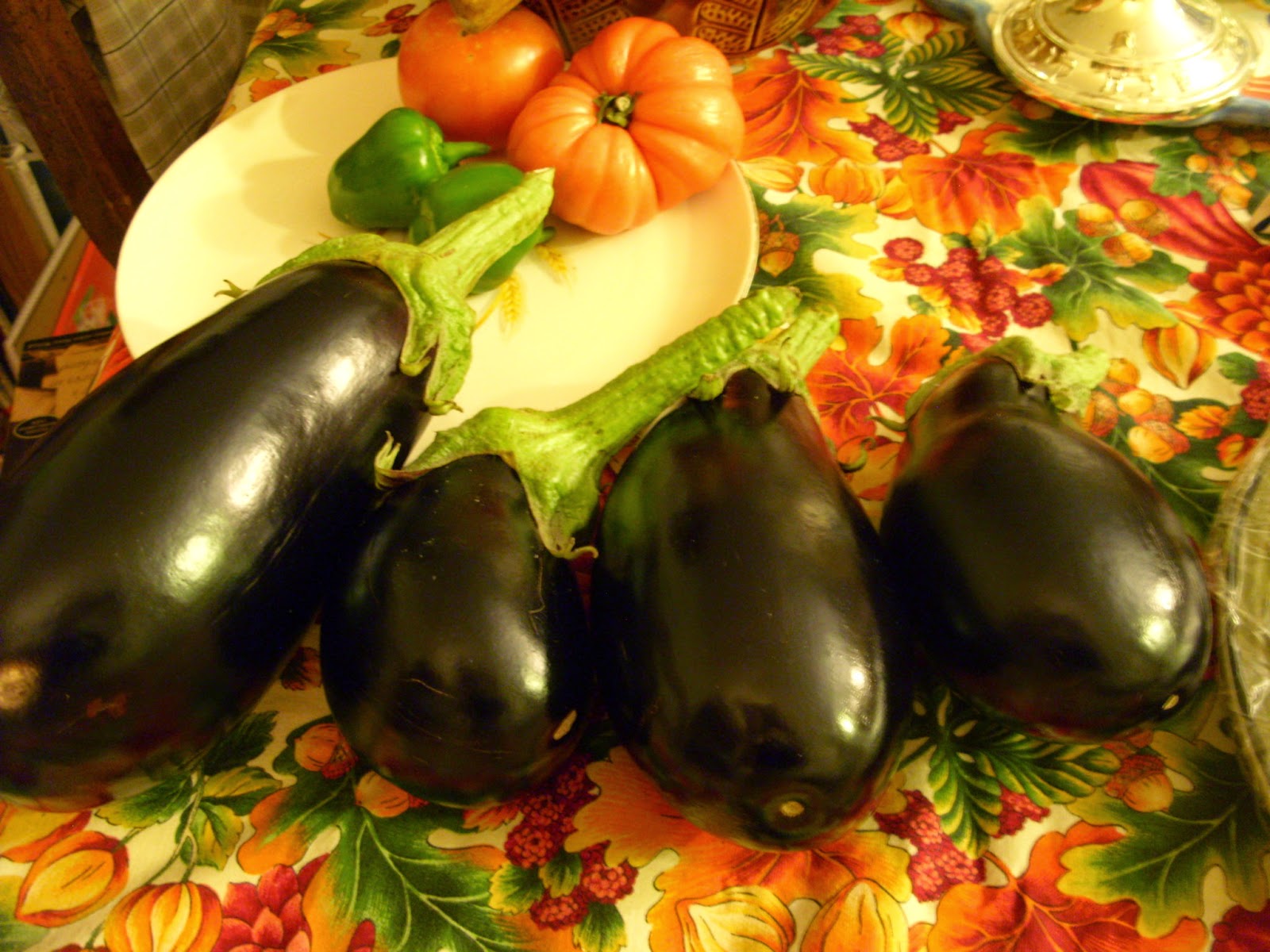 And of course, the Hermans. That one plant produced more fruit than I could keep count of. That would be great if anyone except Danny liked aubergine. Well, he's been eating them happily enough. 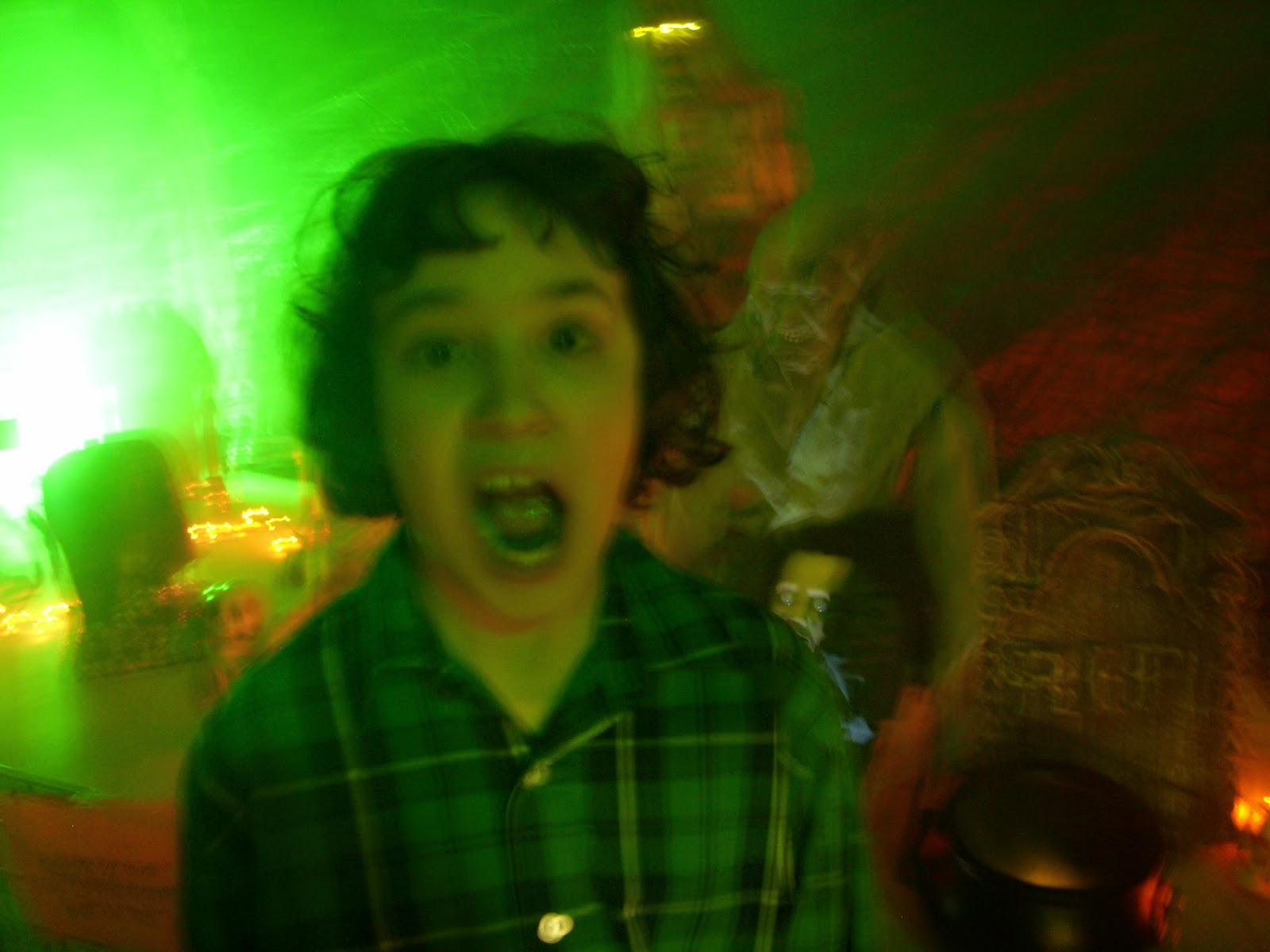 Doesn't he look happy for someone surrounded by zombies (not us)?
Then, they went after Mr. ETB. Turns out, they just wanted to compare notes on haircare products. "Brill Cream? Are you shitting me? If you're shitting me I'm going to eat your brains, Fabio." 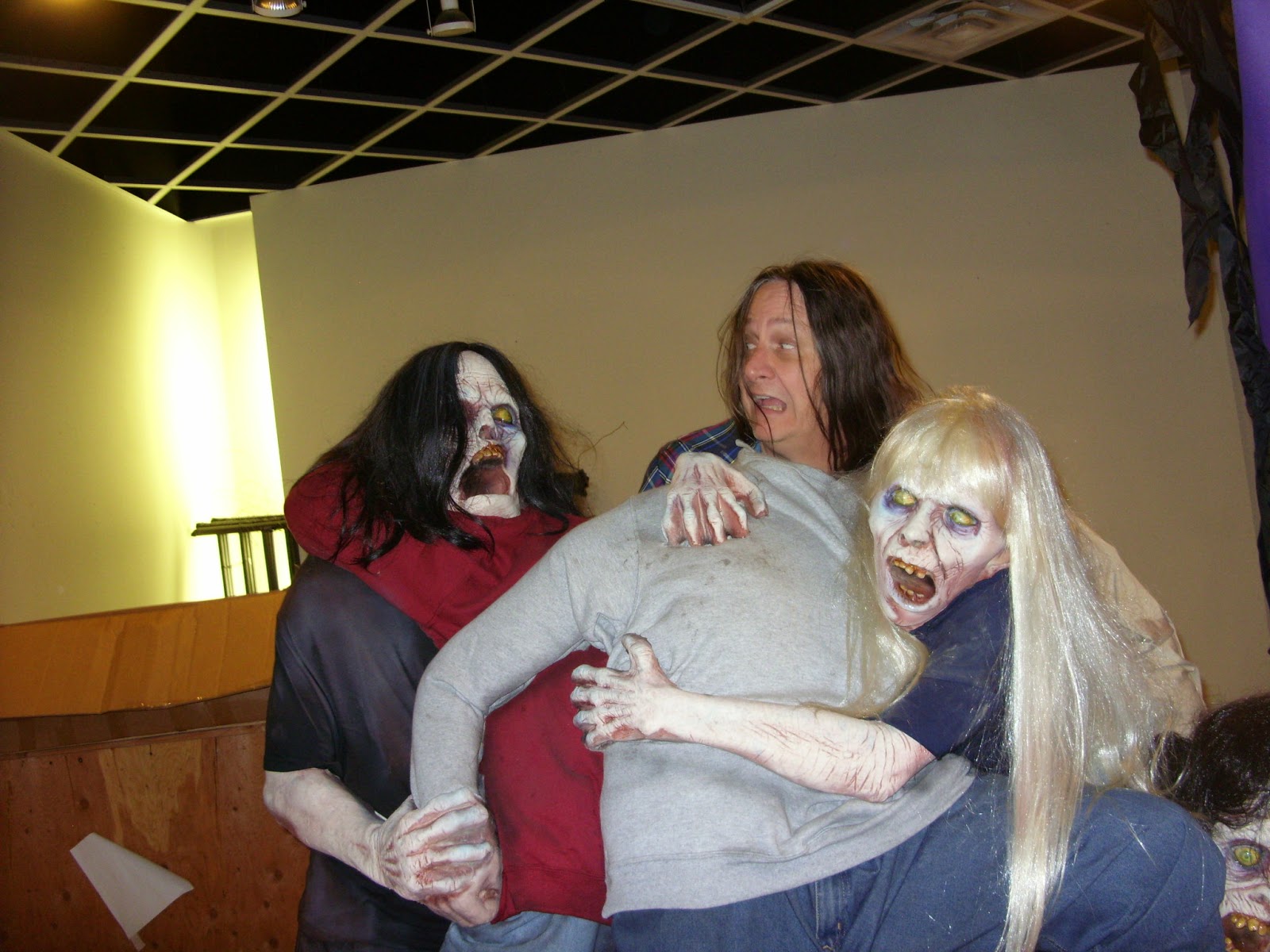 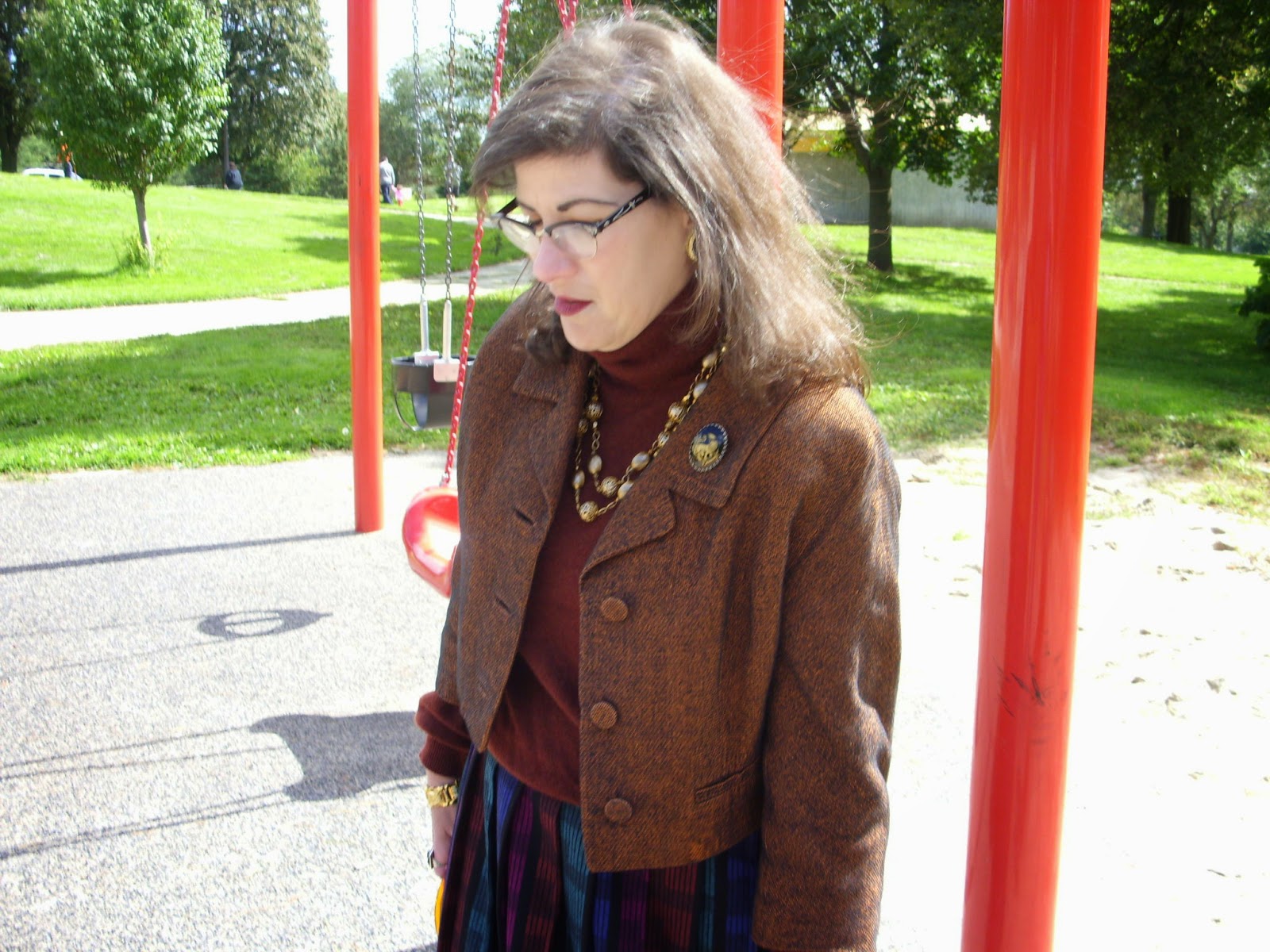 I don't have any brains, therefore the zombies leave me be. 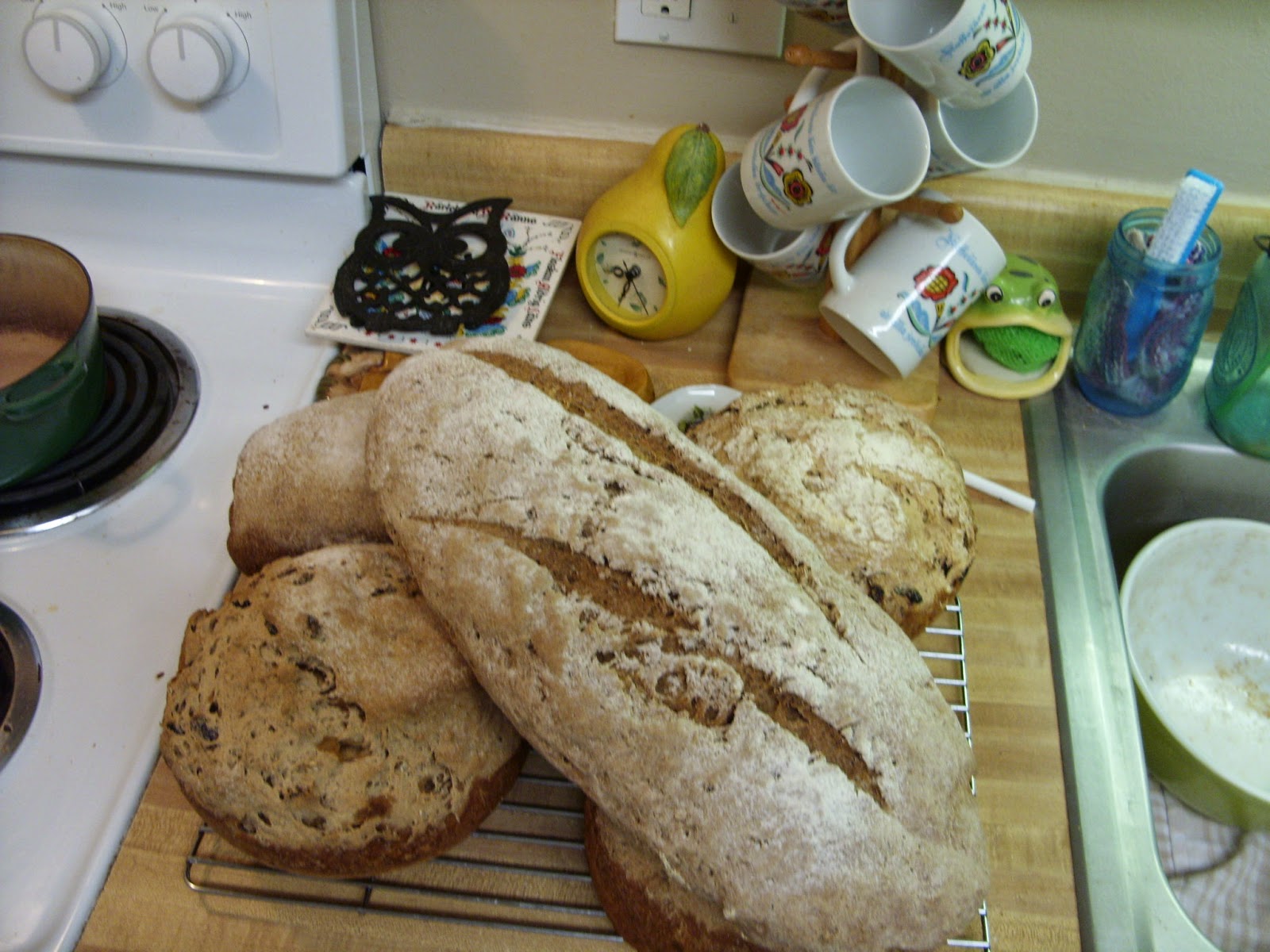 I could lob some breads at them, if needed. These suckers weigh a few pounds each. rye breads make excellent doorstops as well. 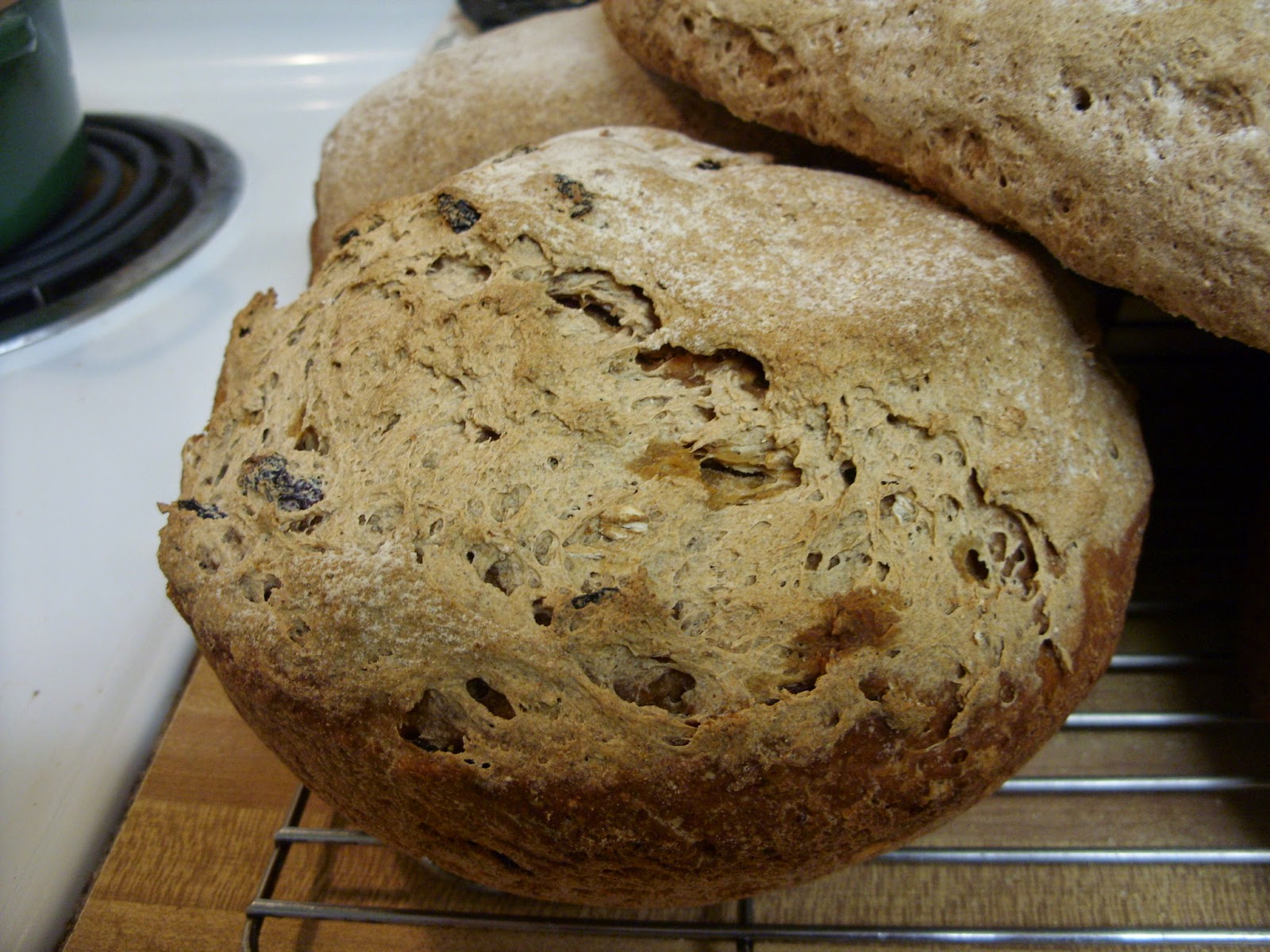 The boules are cranberry/pumpkin/rye/oat. I thought it might be overkill, but Danny had some toasted at breakfast and declared it his favourite bread. 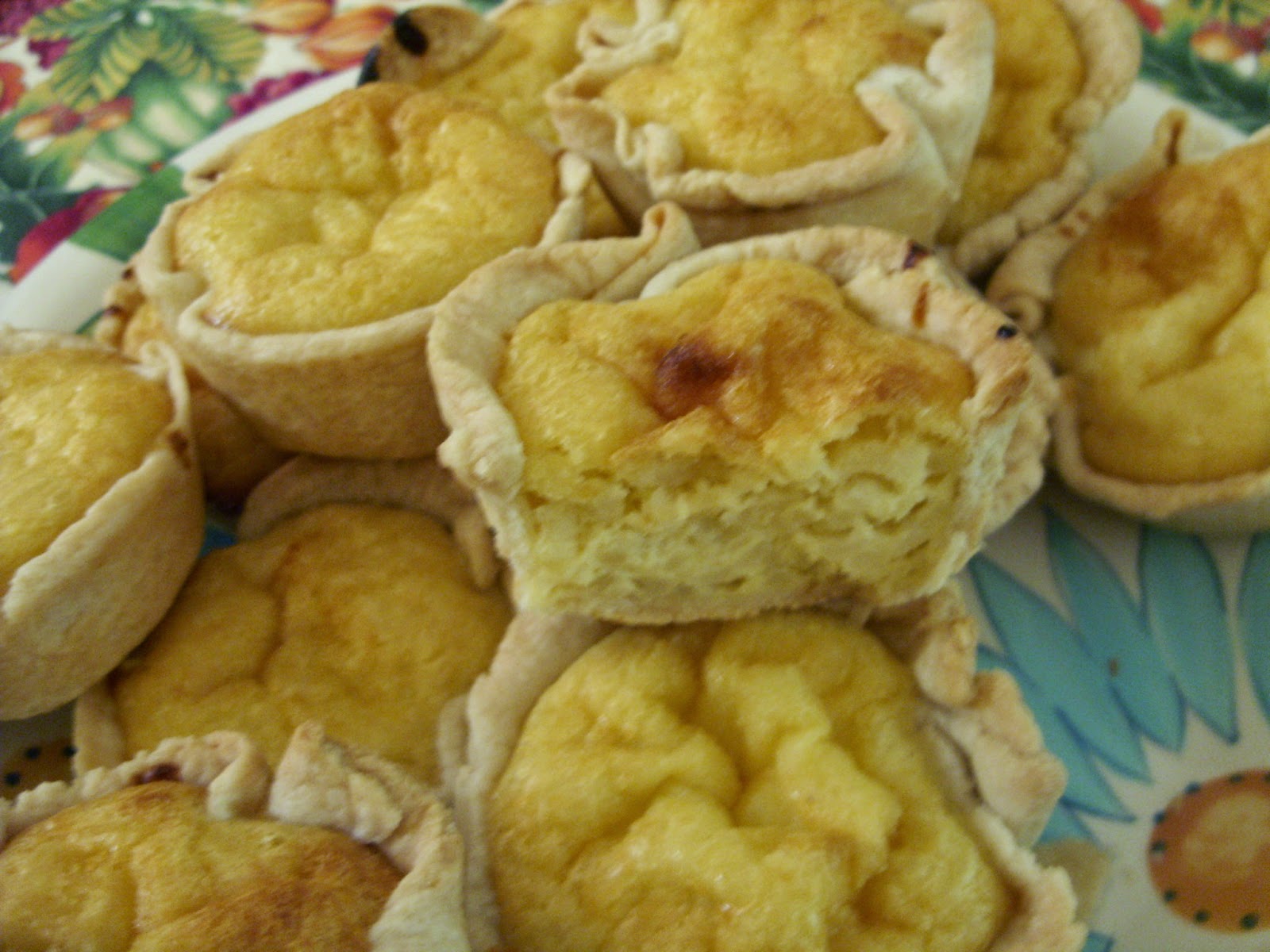 These pastry are filled with what is essentially custard rice, which is then baked. They liked them, so I suppose it will go into dessert rotation in the cooler months. Cooler months, which shouldn't include September. 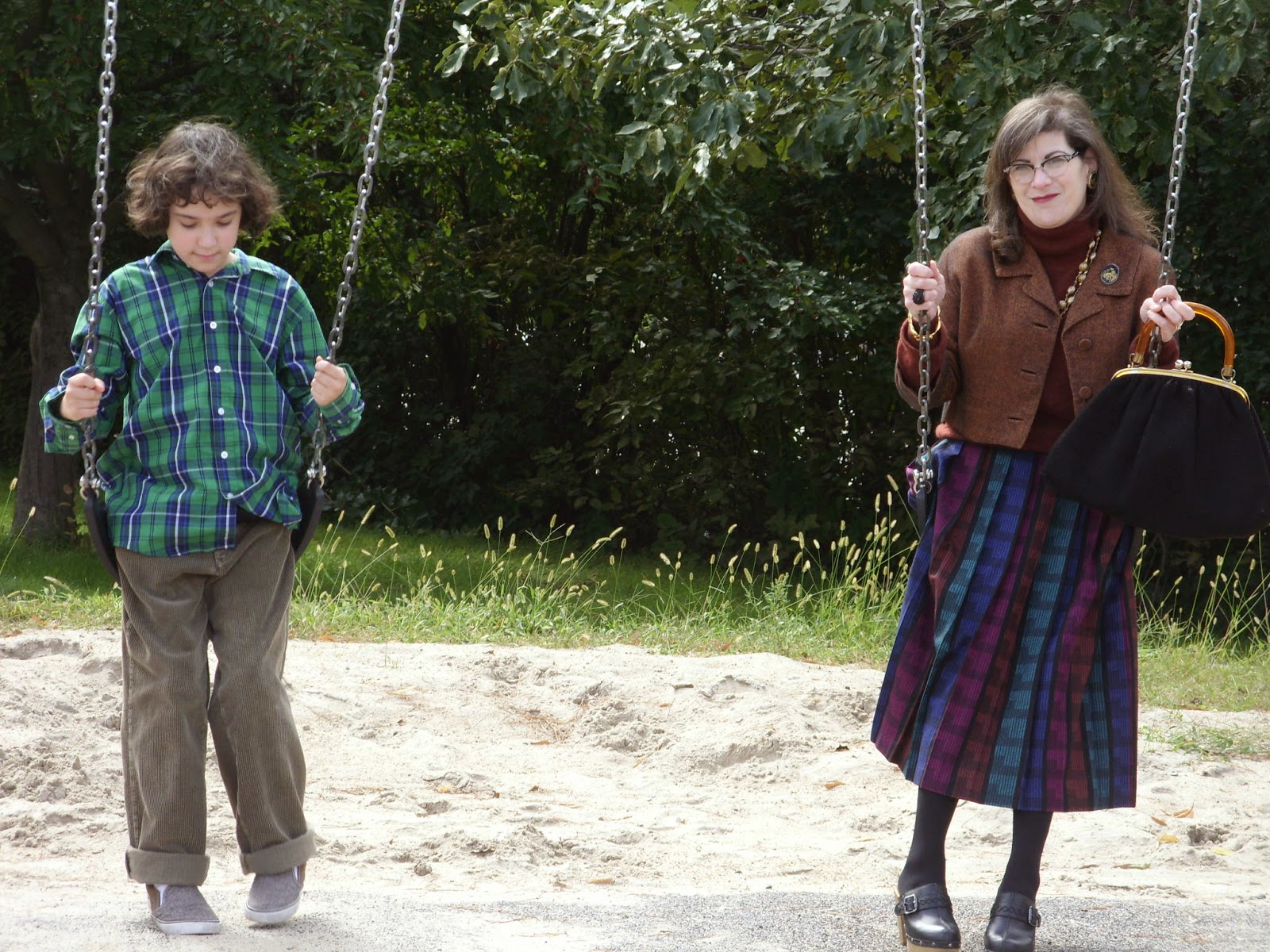 Looking at the pile of tomatoes on my counter made me feel a bit overwhelmed, so we went to the park. How's that for avoiding chores? 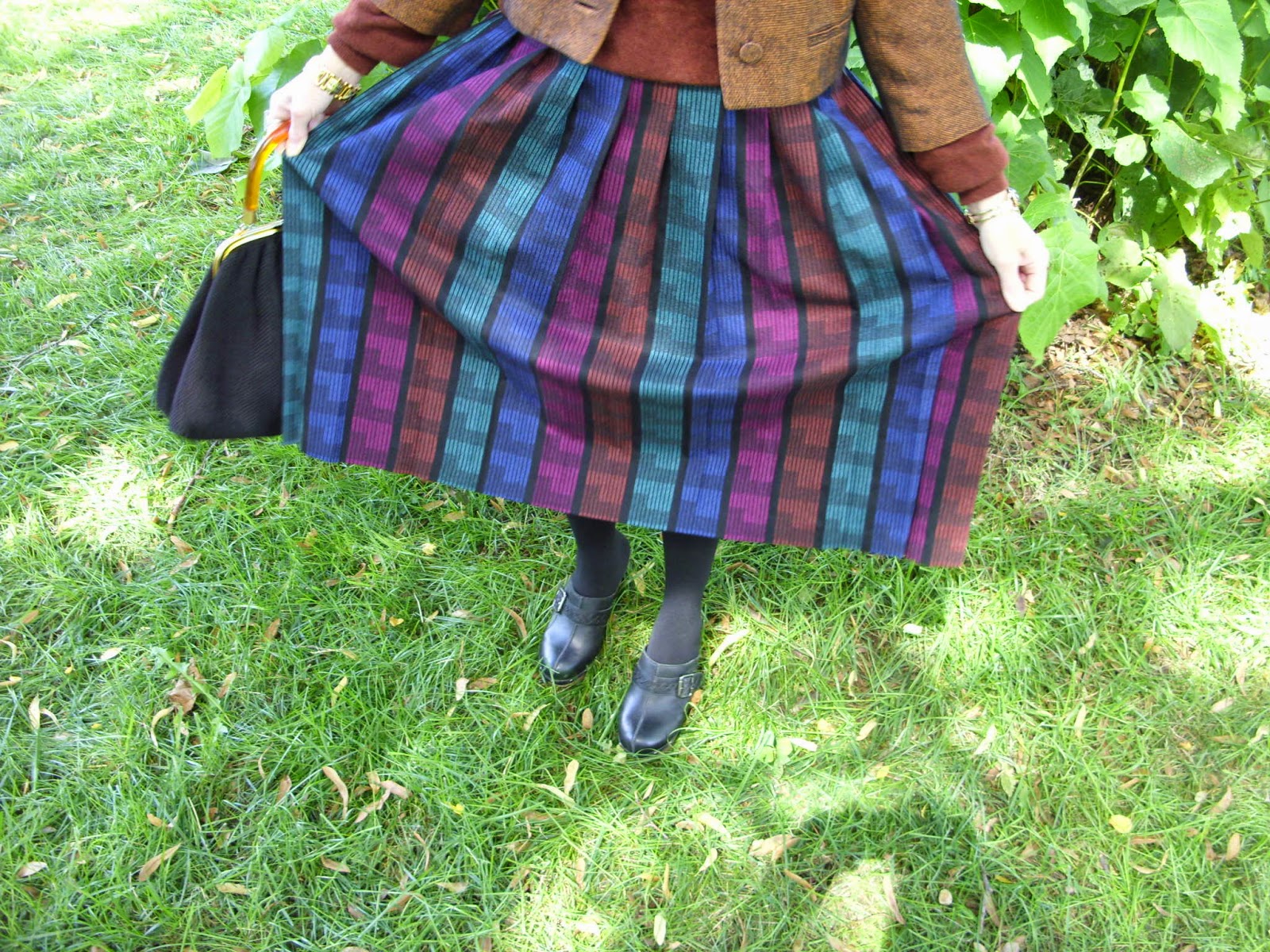 I wore a wool skirt. Wool. In September. This skirt is nearly impossible to match with anything I own. Black would have been the obvious choice, but I tried getting creative. I don't think it worked, so lesson learned, this skirt needs a black top.

I should be ashamed of the fact that I have this sweater (with different necklines, and colours) in multiplies. Around 35. When I was young, and had disposable income, I'd drag myself over to Field's and buy one out of each paycheck. Good double-ply cashmere is almost impossible to find for any money today, so when I look back at my extravagance I can at least say it was a good investment. Thirty years later, I'm still wearing them. If you're a young person reading this and thinking, "I should buy 35 cashmere sweaters" let me point out that it was quality cashmere, so don't do it unless you can get your hands on something you'll be able to hand down to your children-and for heaven's sake, pay cash for it. You won't enjoy them if you're still paying for them (with interest) years from now. Some people collect stamps, I collect cashmere. 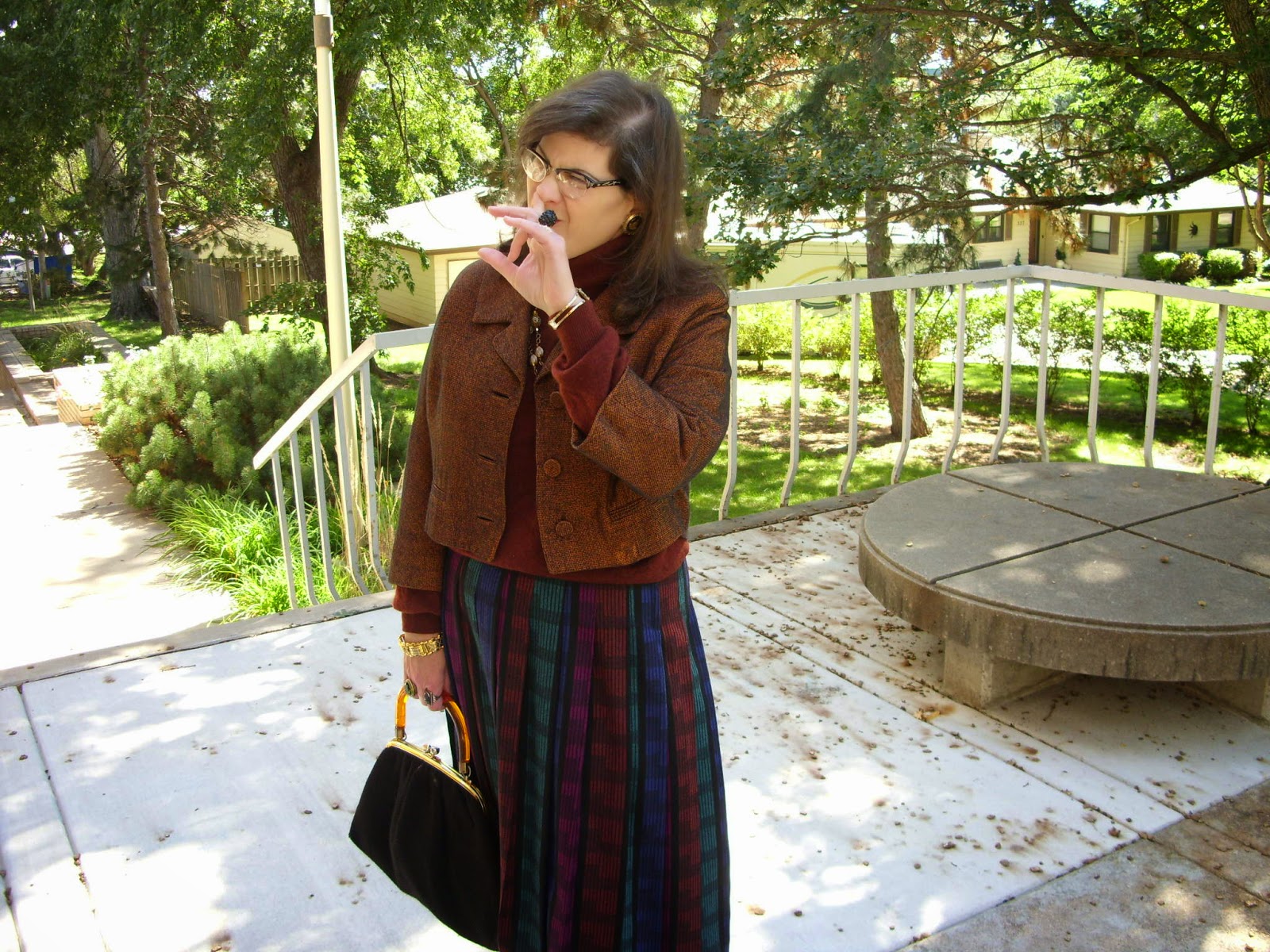 And don't I look glamourous in my cashmere poloneck picking my nose? You know I do. Gawd, my allergies are going nuts. Seems like an obvious time to go shopping for perfume.

I stopped at a discount store on the odd chance they might have a bottle of some perfume I actually want. Turns out, they had several. I seem to be in a mood to revisit old fragrances that aren't necessarily sophisticated, but are interesting. I came home with White Shoulders, which I never really liked but it seems less absurdly sweet to my nose now, Tea Rose, which I'm still not sure I like but I don't hate, Classic Halston, which I will always love even if the bottle looks slightly obscene, and something else my brain is drawing a blank on at the moment. Anyway, I can't imagine wearing White Shoulders out of the house, but it would be lovely to scent my handkerchiefs with. You do scent your hankies, don't you? I wore Guet Apens today, which smelled really interesting after I opened the leaking bottle of White Shoulders. Honeysuckle, oak moss and violets. Strange, but... 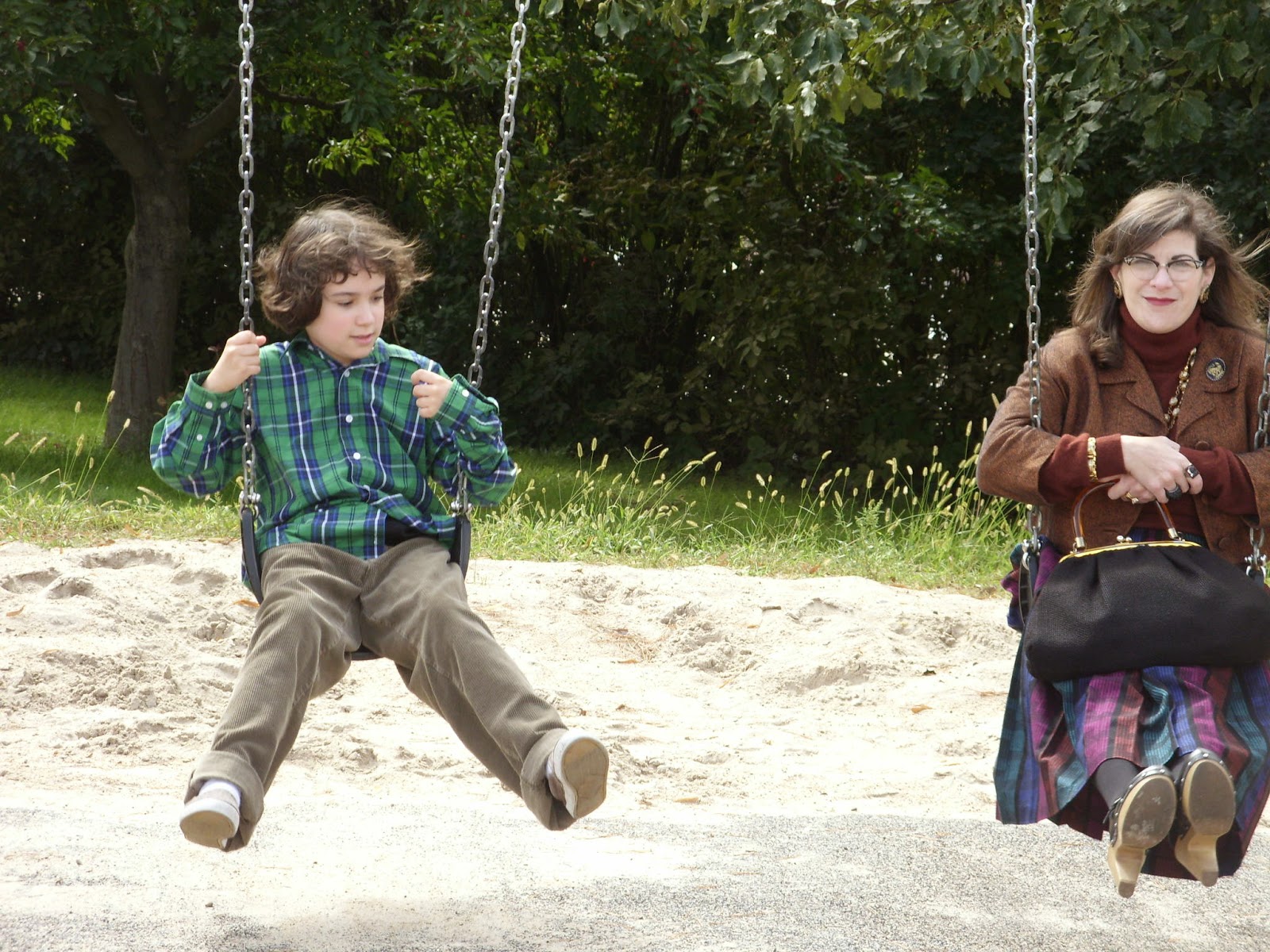 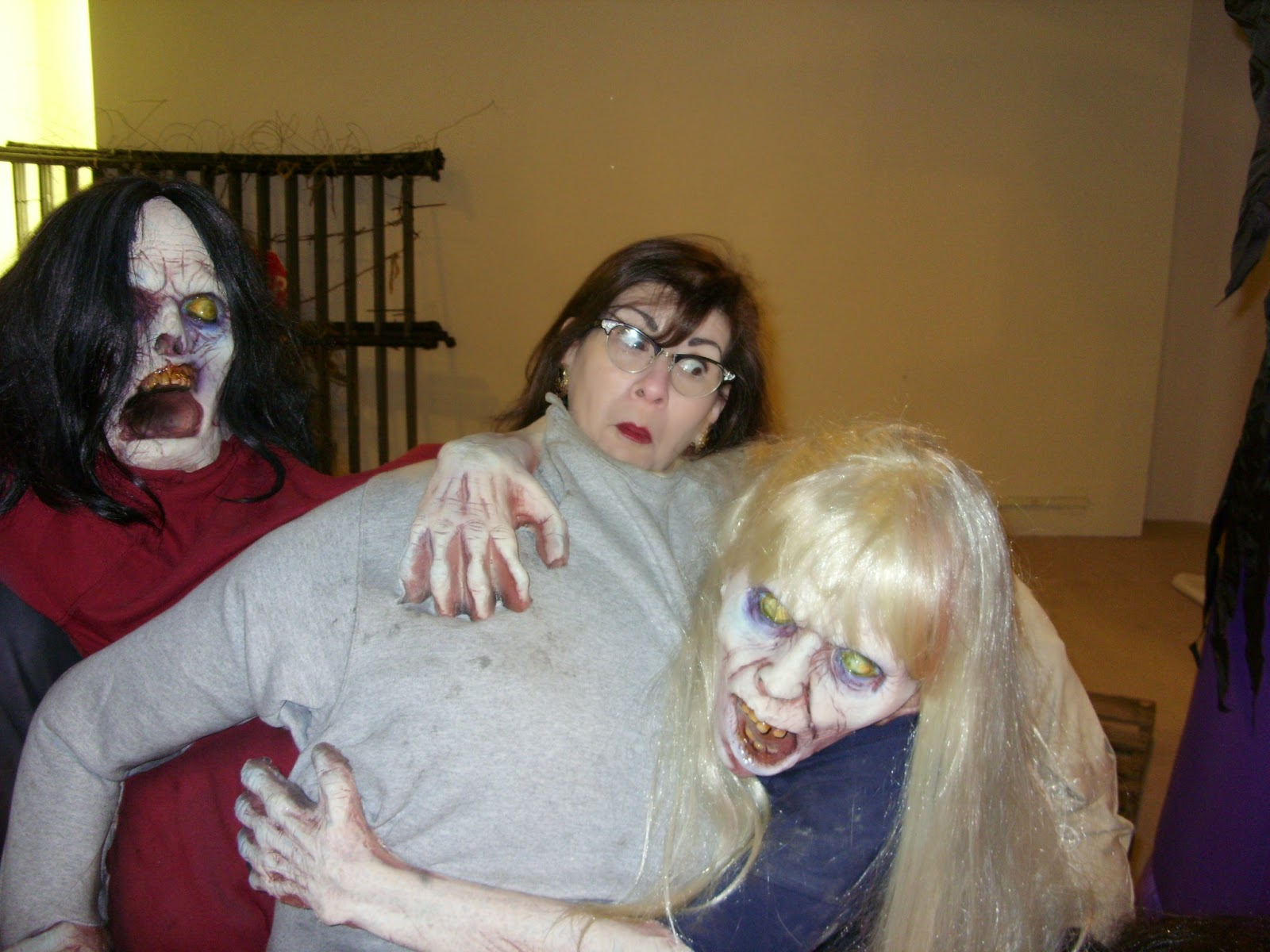 Uh oh, I must have a couple brains left after all... 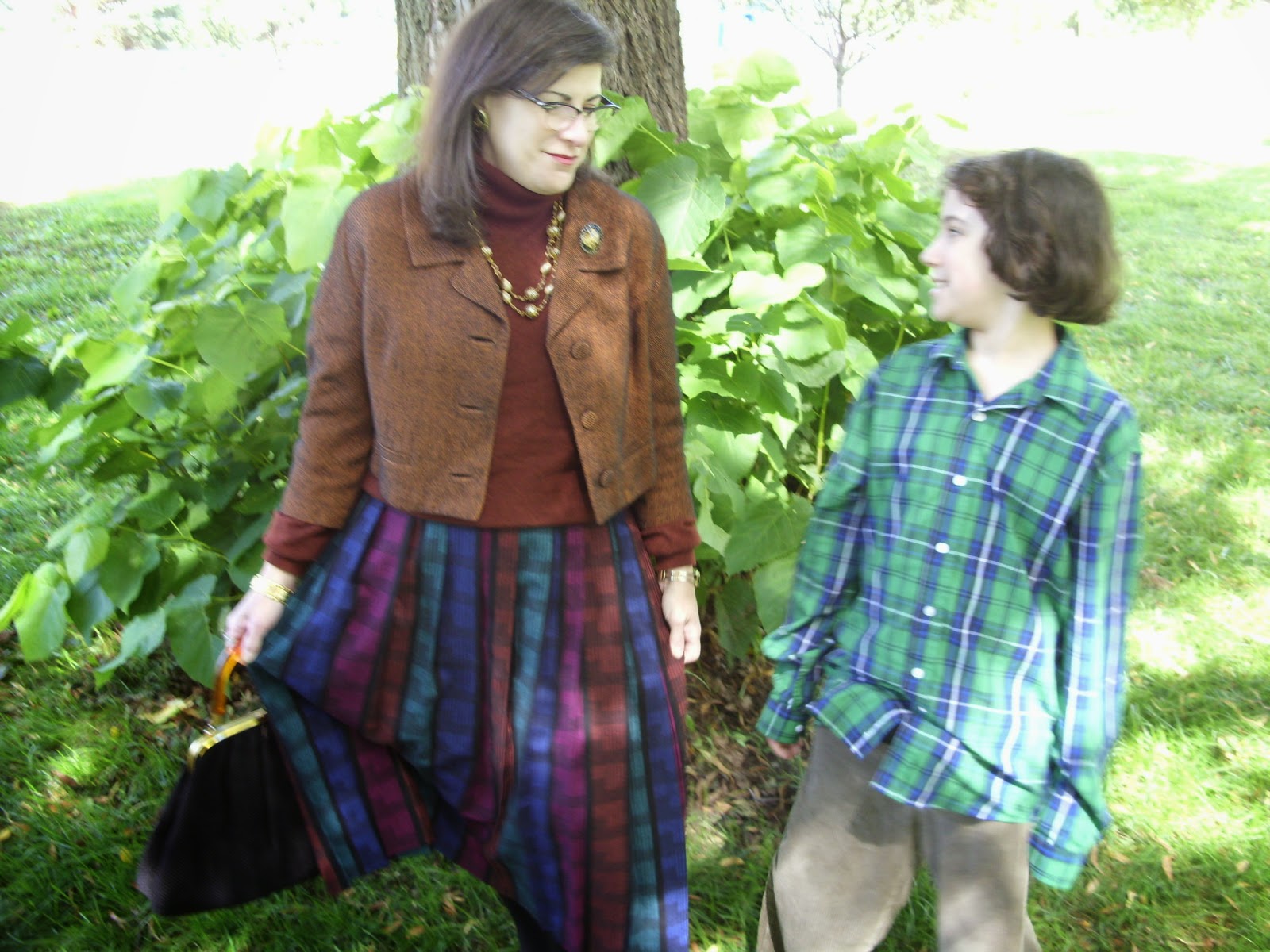 Hey kid, what do you say we go home and deal with the green tomatoes? 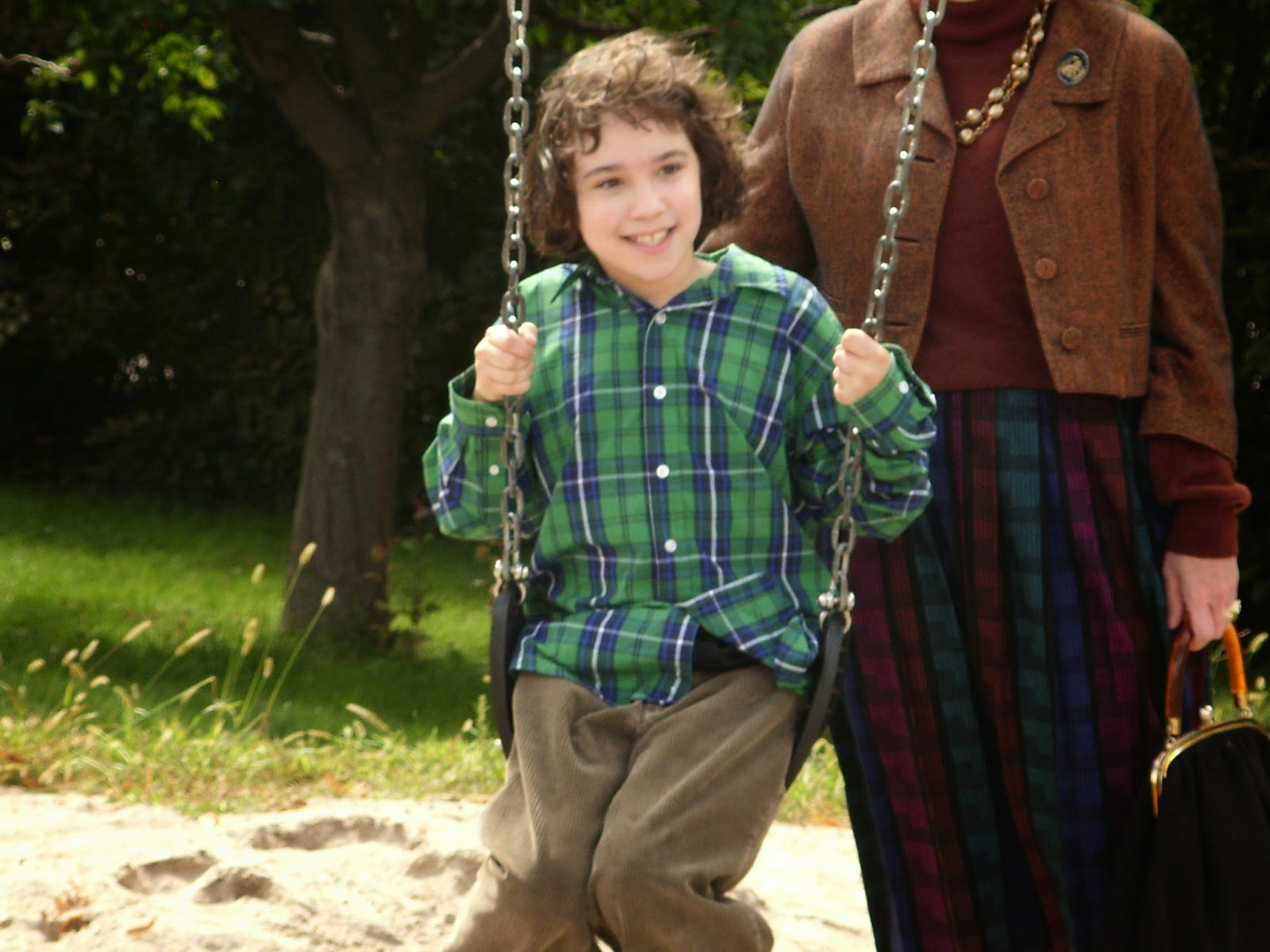 Hope your Saturday is zombie (and chore) free.

The Herman has done well, you know I have never eaten one, but I do like the colour of a Herman. I think I would have left the kitchen if I had a pile of things to make something with staring at me. I love swings, not swinging, but swings in a park, heaps of fun, and you are never to old to swing in the park. That just doesn't sound quite right! Are those shoes you are wearing Clogs? I like Danish clogs, so comfortable.

Where the hell have those zombies come from? They are hilarious! Perhaps they have been lured by your bounty of green tomatoes, as much as the scent of fresh brains to eat. And the Herman family too, which look fabulous, not to mention the bread.
HOW many cashmere jumpers? Good lord, that's incredible, but as you say, wearing them for many years certainly repays the investment. Love the colours in the skirt, but I agree that wool in September is not right. Frost in September is also just plain wrong. xxxx

Fall really is coming in with a mighty roar this year. Early, fierce and freezing seems to be the name of the game from coast to coast.

I'm sorry that your (delicious looking) tomatoes didn't get to reach their fully ripe stage. Green tomato chutney is stellar though, so if you family likes it, it's great that you can put them to work for just that purpose.

I really, really like how you've partnered a fall hued plaid/checkered skirt with shades of brown and gold here. It's an inspiring, timelessly beautiful look.

They are clogs, with high heels! They're strange, but fun to clomp about in. If you decide to try aubergine, salt and drain the slices for an hour before cooking them. I know people say it doesn't matter, but from my experience it is the difference between something edible, and something that tastes like a compost heap. They're best fried where they act like a sponge.

@Curtise
Yeah thank goodness I was doing my power-shopping before the age of "Interventions" or someone would have surely thought I had a problem that needed curing.

@Jessica
I guess complaining about cold to a Canadian must sound a bit funny-I've visited in January...it was horrible.

Indians don't do the 'salt & drain thing' to aubergines/ eggplants (called brinjals or baingans in Hindi or Urdu).
Indians either 'fire roast' eggplants in to a dish called 'baingan bharta' which is a sort on Indian version of baba ganoush that's very tasty.
Or in other Indian dishes where the eggplant is served in a curry sauce or as a masala dish the eggplant is first sliced thinly or cut into small cubes & seared in smoking hot oil until it's crispy golden outside. This gives the eggplant more texture than flavor if you ask me, but a vegetarian diet can be a bit boring in texture.
My Kashmiri brother in law sells 'real' cashmere & pashmina fiber from Kashmir out of his wholesale business in Kolkata. He says most of what is sold as cashmere & pashmina fiber in the US today is coming from China, is of very low quality & often just chemically treated Merino. He states his best quality fiber is only being bought by a couple of mills in Scotland. (Hermes cashmere is woven in Scotland.)

I'm guessing you're familiar with LORD LOVE A DUCK and the cashmere sweater shipping scene?

Also, the rice pastries look delicious. A vendor at our Tuesday farmers' market has something similar, called "risotto tart." (Hmm. That'd be a good name for a Morricone groupie.)

@Bibi
The sweaters are Scottish cashmere tailored in Hong Kong (when it was still a British colony). I can tell the difference just at a glance from the newer, cheaper ones (mine don't pill)but the feel really is completely different. You should totally get your BIL to send you some cashmere.

I've roasted aubergines, but let's be honest-anything that gets breaded and fried is going to taste better! The kid has that figured out. But really, I won't complain because I have a child that happily eats just about everything, and always has. If he had been a picky eater I think I'd have run away from home.

@Amy
I was trying to remember if I ever saw that movie, and I don't think I have. We'll put it on the list for family movie night.