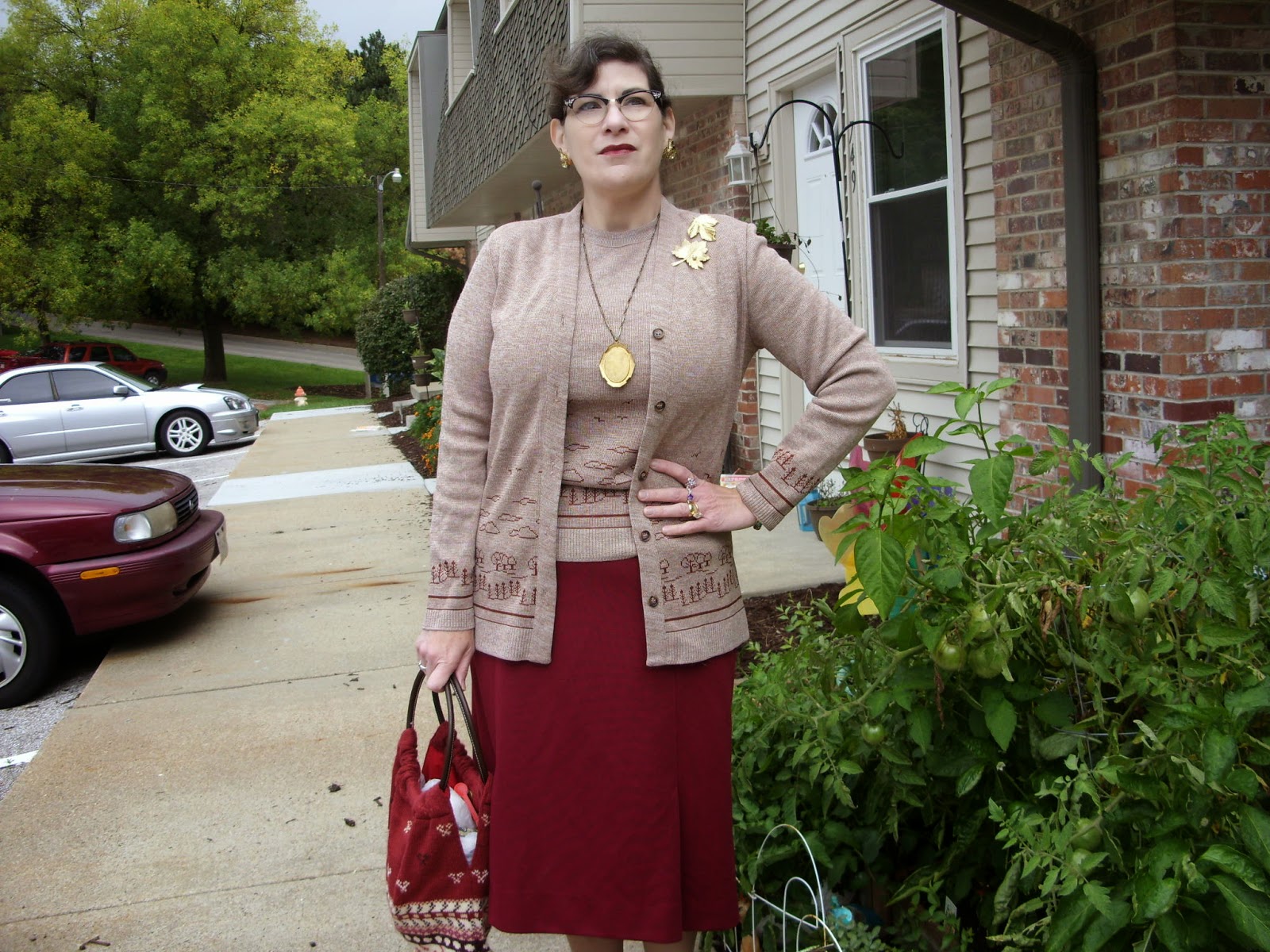 My mother once mentioned to me that some people, "Just have tucchas faces." When asked to elaborate she mentioned, Angela Lansbury, "and of course, you." 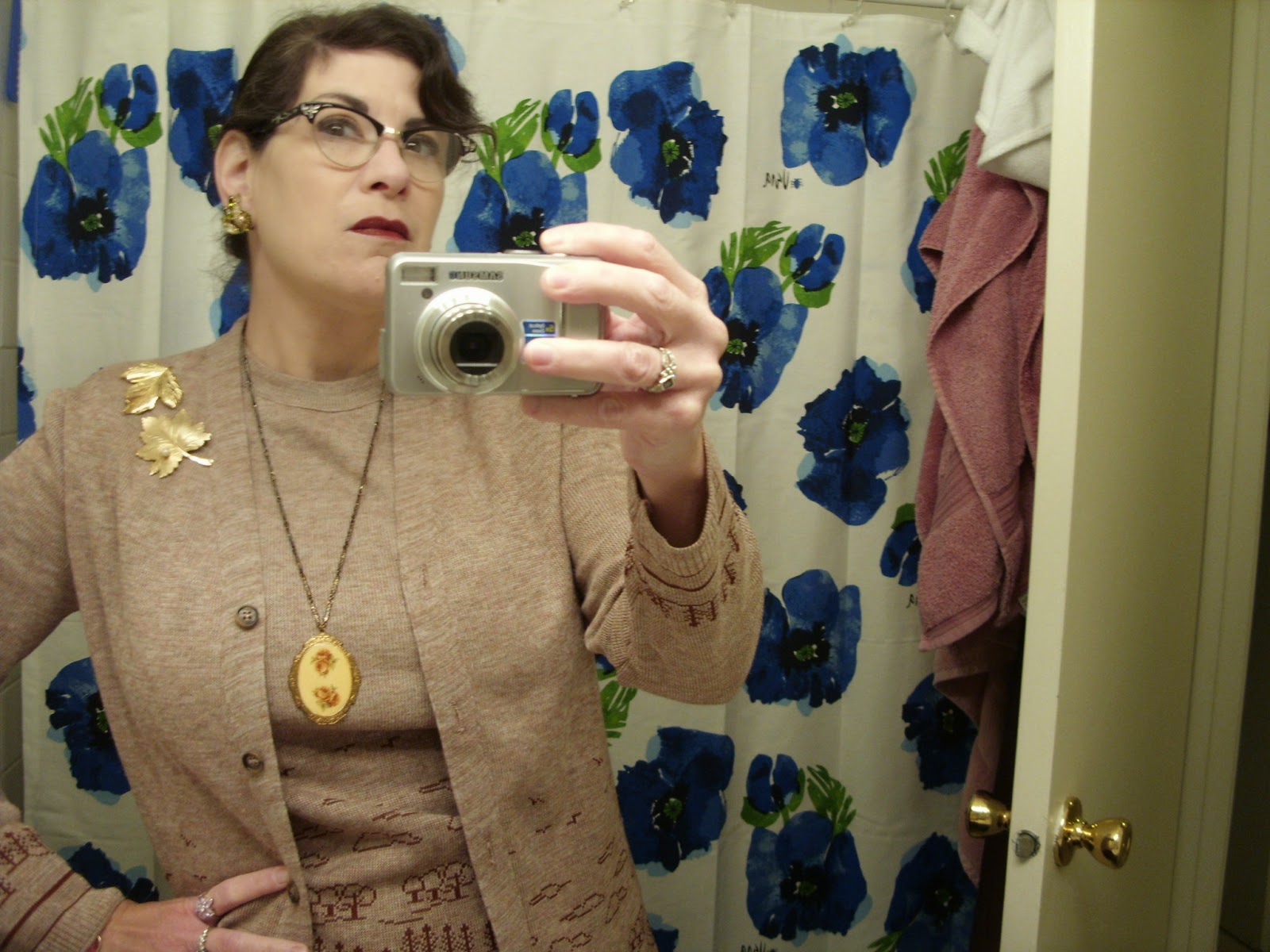 Fair enough, though when she pointed out that I had legs, "Like a footballer." I got a little offended. But yeah, I have a round face that tends to puffiness. Most days I don't notice, but seeing these photos I have to admit dark lippy is just enhancing the overall pale, pasty, tucchasness of my features. Still, better a face that looks like an ass, than an ass that looks like a face. That would be weird.
But not this weird. This is where the hilarity ensues because in the US your "fanny" is your behind, but in the UK... 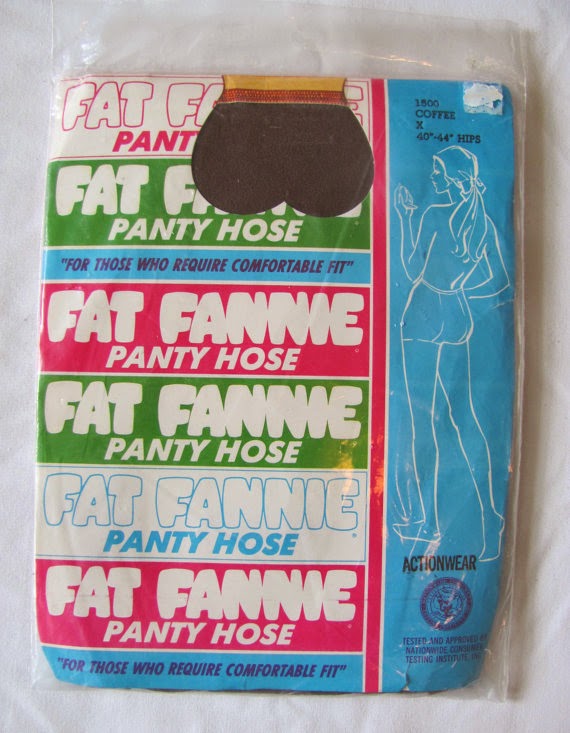 My, but I've gotten off topic, but while I'm there let's talk about something else weird... 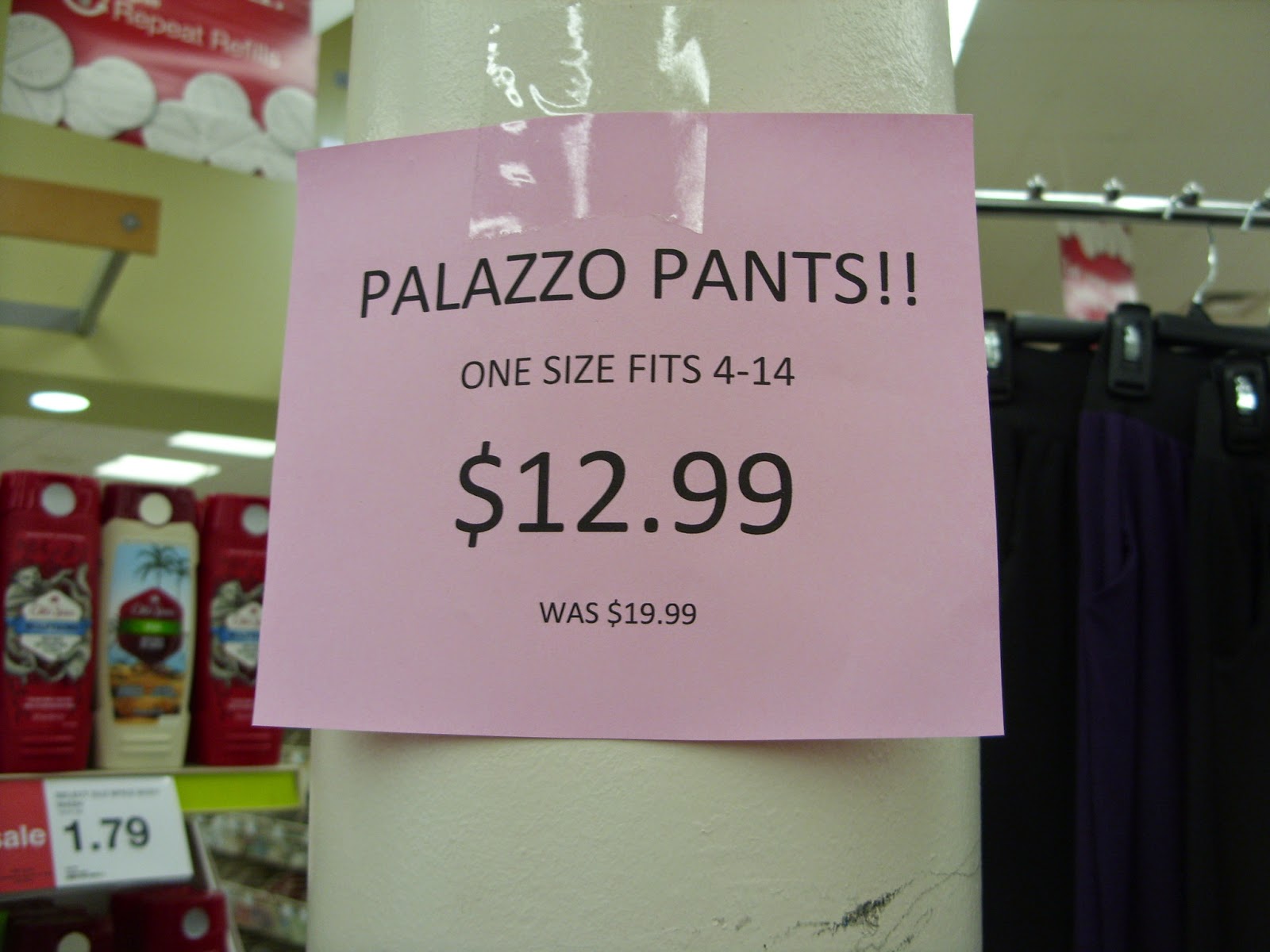 ...the grocery store has started selling trousers. I like a good pair of Palazzo pants as much as the next footballer-legged woman, but does it really rise to the excitement requiring two exclamation marks? 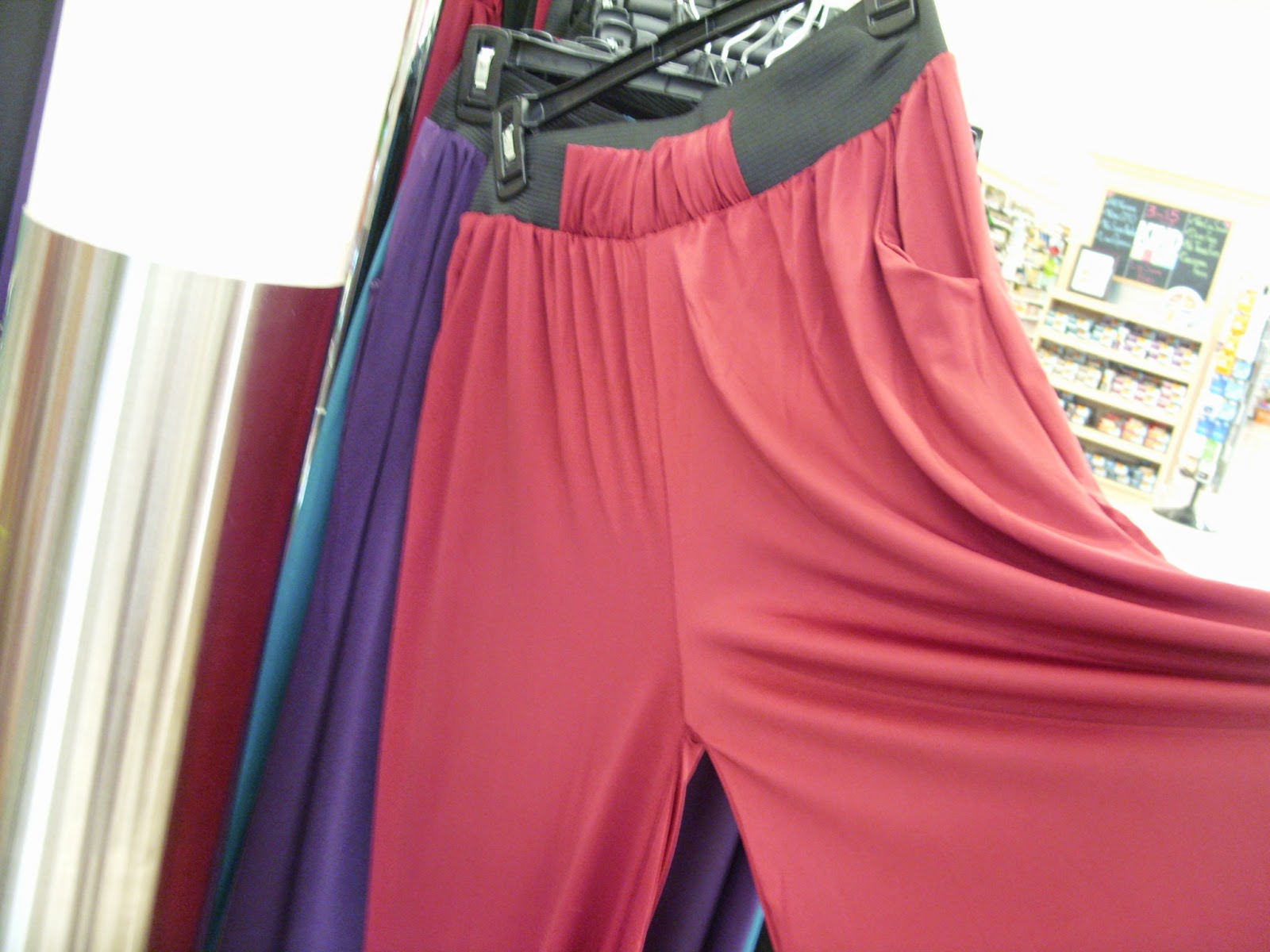 In this case, I think not. The synthetic knit was rather unpleasant as well. As for fitting sizes 4-14? Maybe, depending on your definition of, "fit" (or the size of your fanny). I didn't buy the pants (I wouldn't spend that much on clothing anyway). I can walk my footballer legs over to the Goodwill and get all the ugly trousers I want for .99 cents-$3.99
I didn't just fall off the back of a turnip truck, you know. 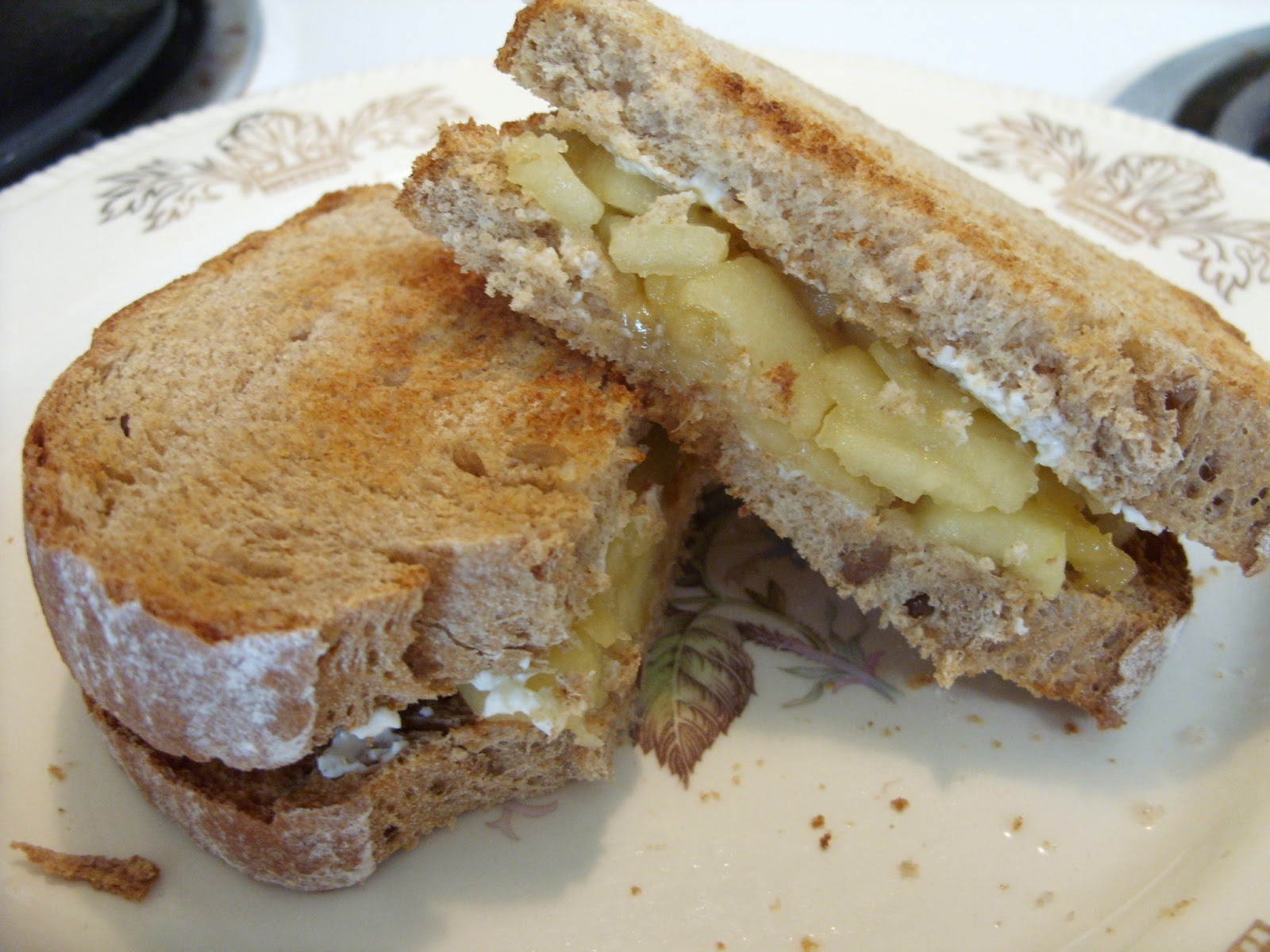 As it starts feeling more autumnal here, I've been making Danny more seasonal sandwiches. I baked a loaf of wholemeal buttermilk bread the other day, and for the fat I used 1/2 cup of sunflower seed butter. That's the bread you see here. It toasts beautifully, and with some sautéed apple slices and a bit of cream cheese, it makes a nice change from sardines on toast or toasted cheese. I haven't been to the orchard yet, but the apples in the stores have been OK this year. 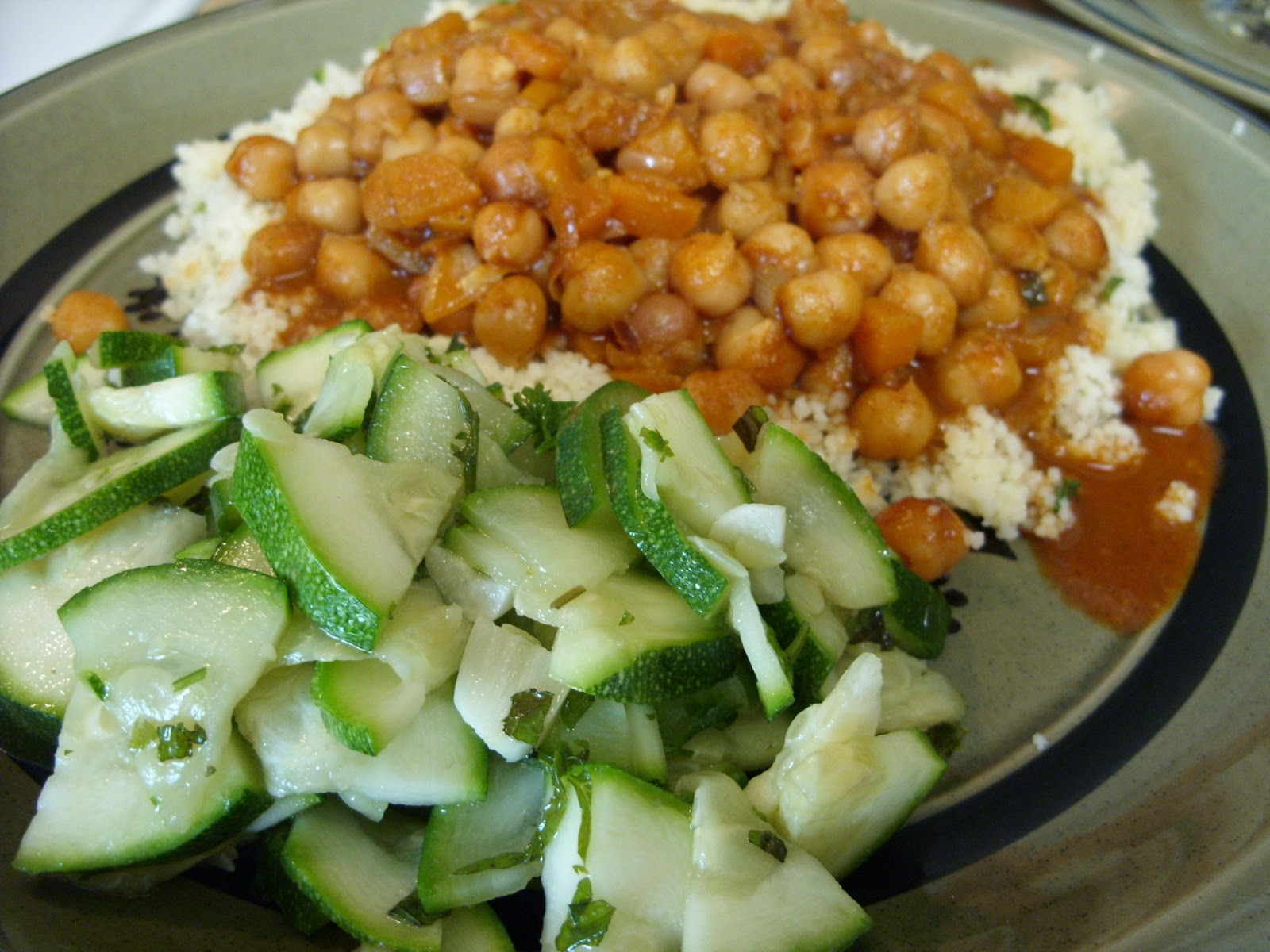 The evening meals have been somewhere between the seasons. Chickpea stew over cous cous, with courgettes sautéed with fresh herbs. Sometimes, I feel like I've forgotten how to cook once the weather changes. Myself, I've been subsisting on mushroom soup, and lemon sorbet. Not together. 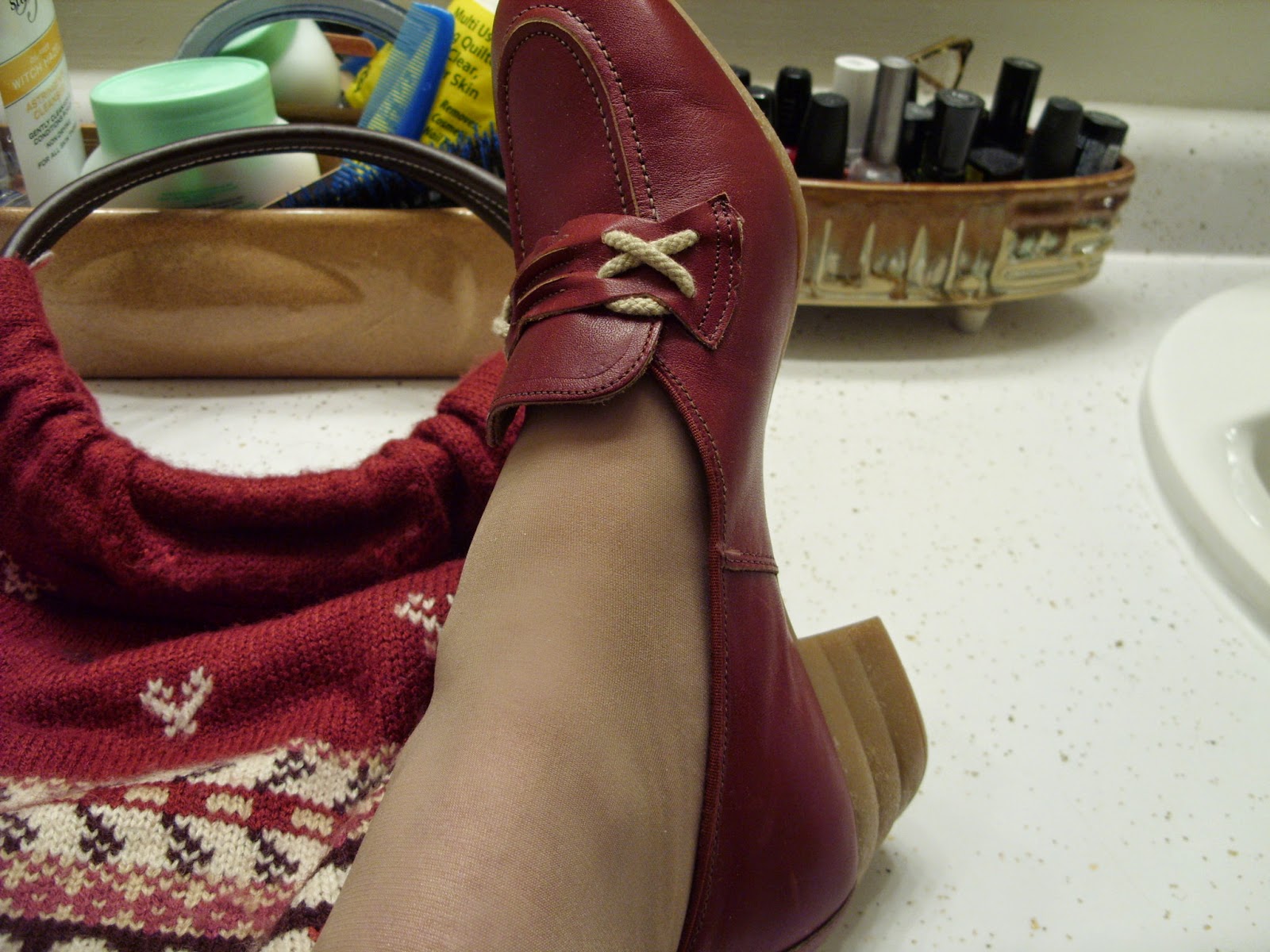 So it has come to the "Nan-tights and comfort shoes" point in the post, which means I had better give you the outfit particulars. 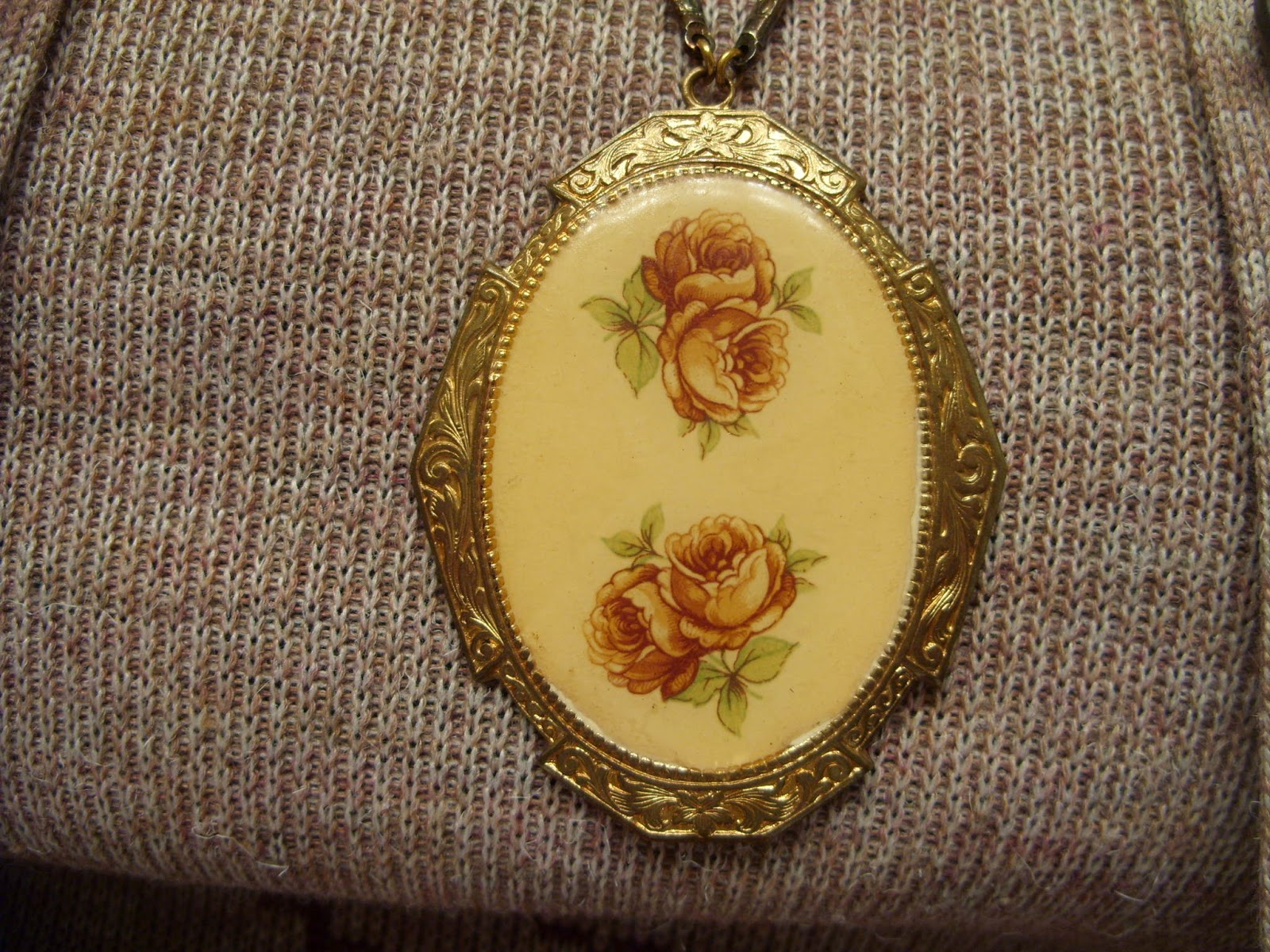 A little nod to summer... 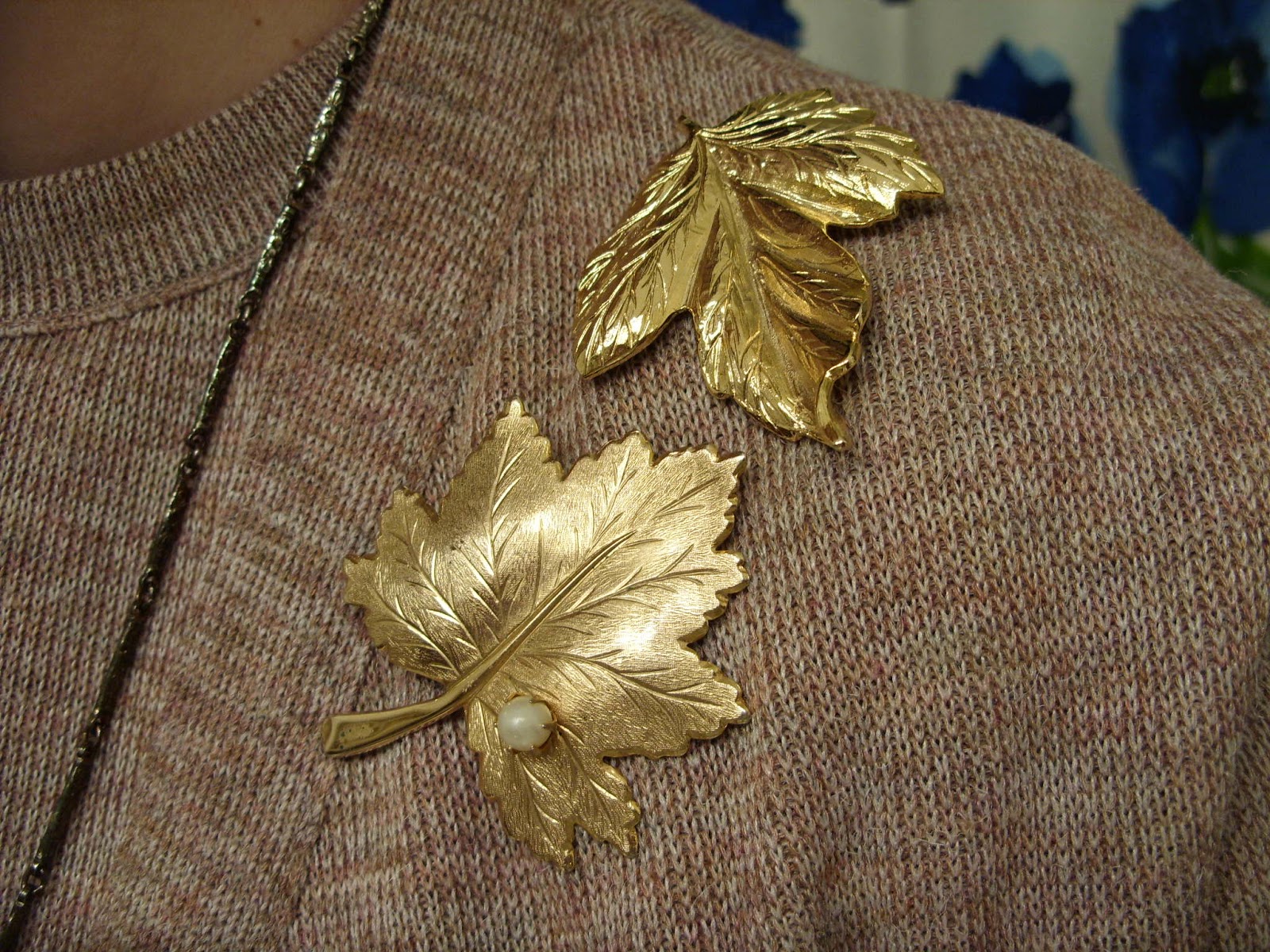 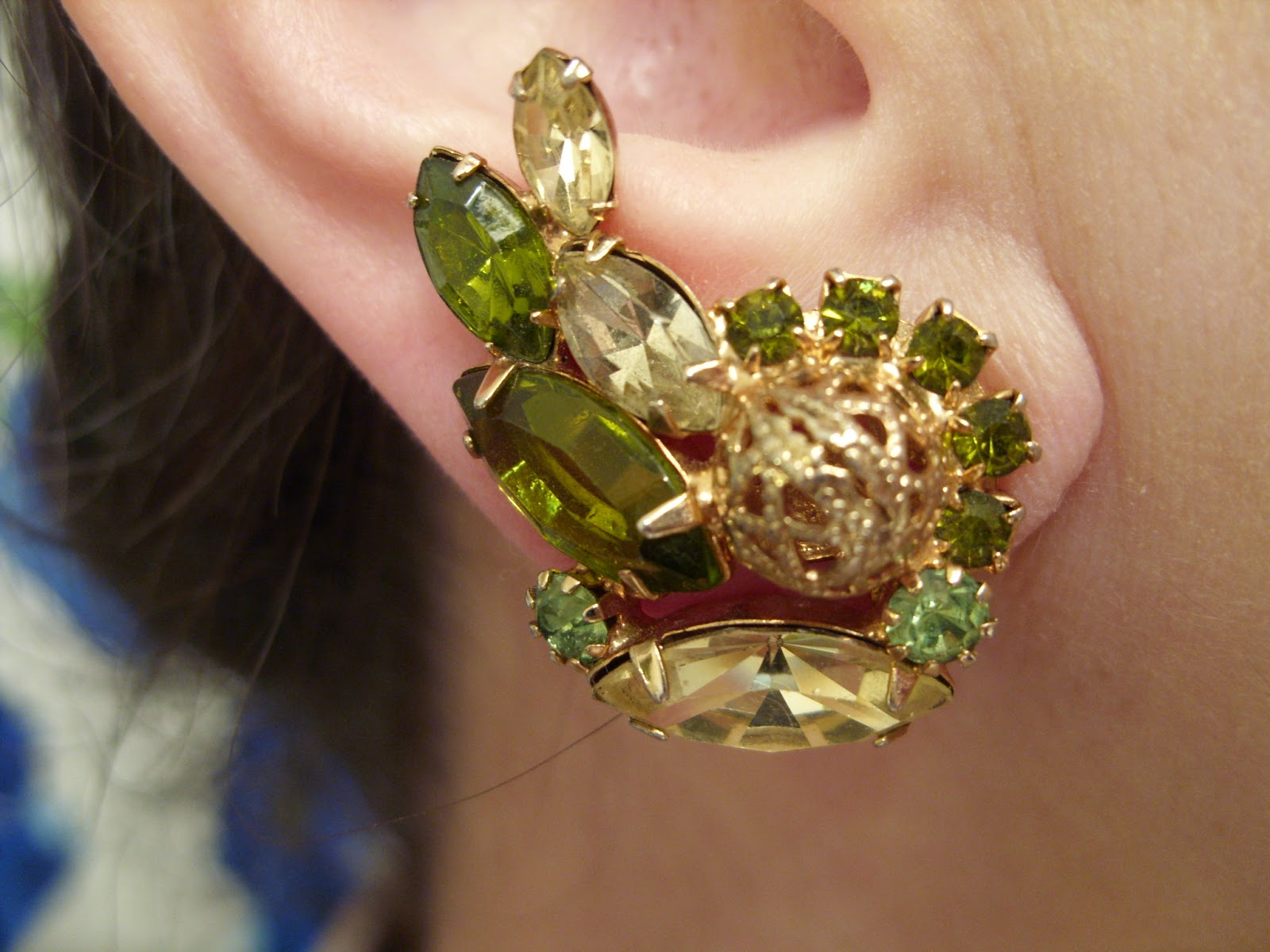 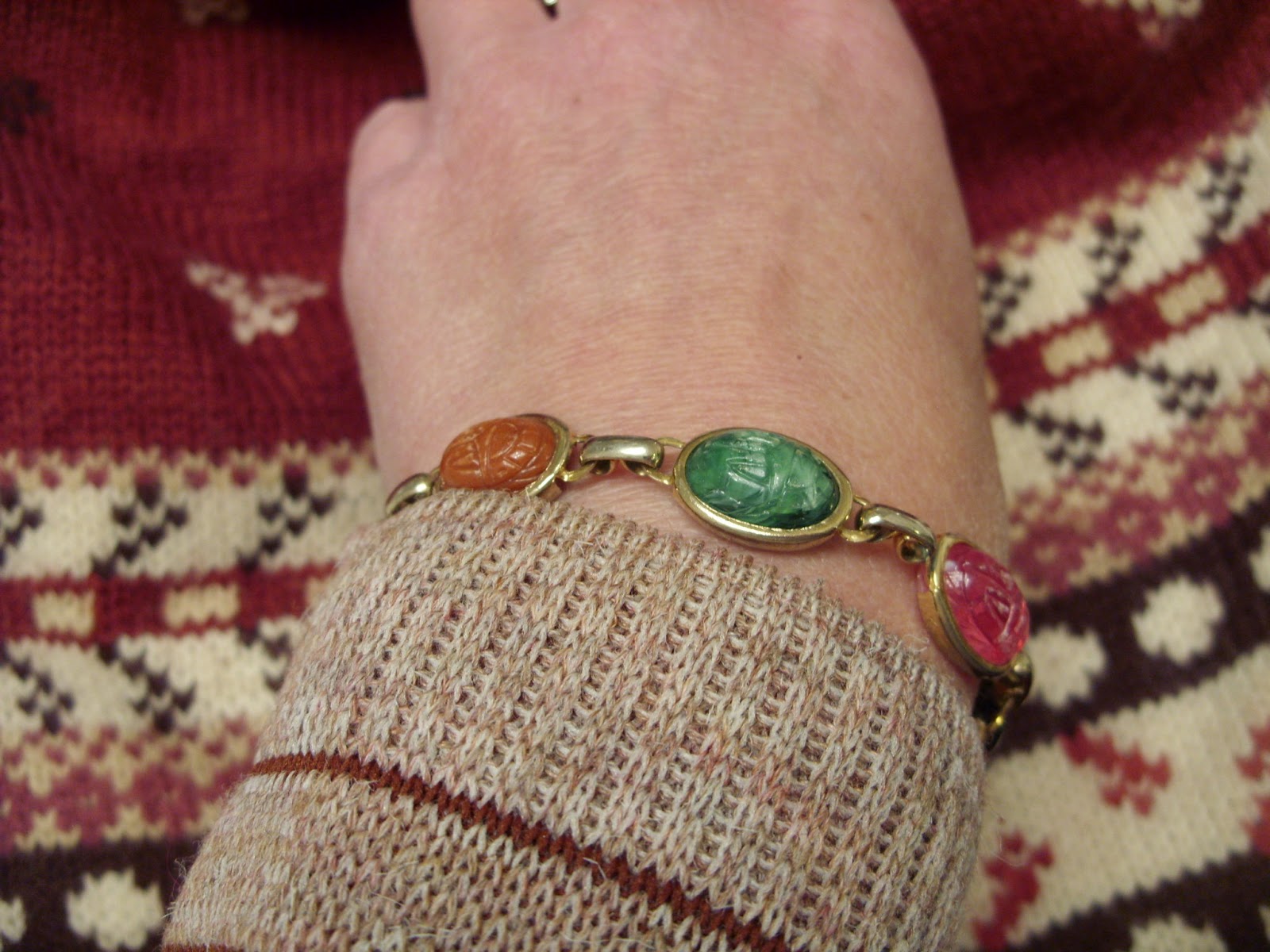 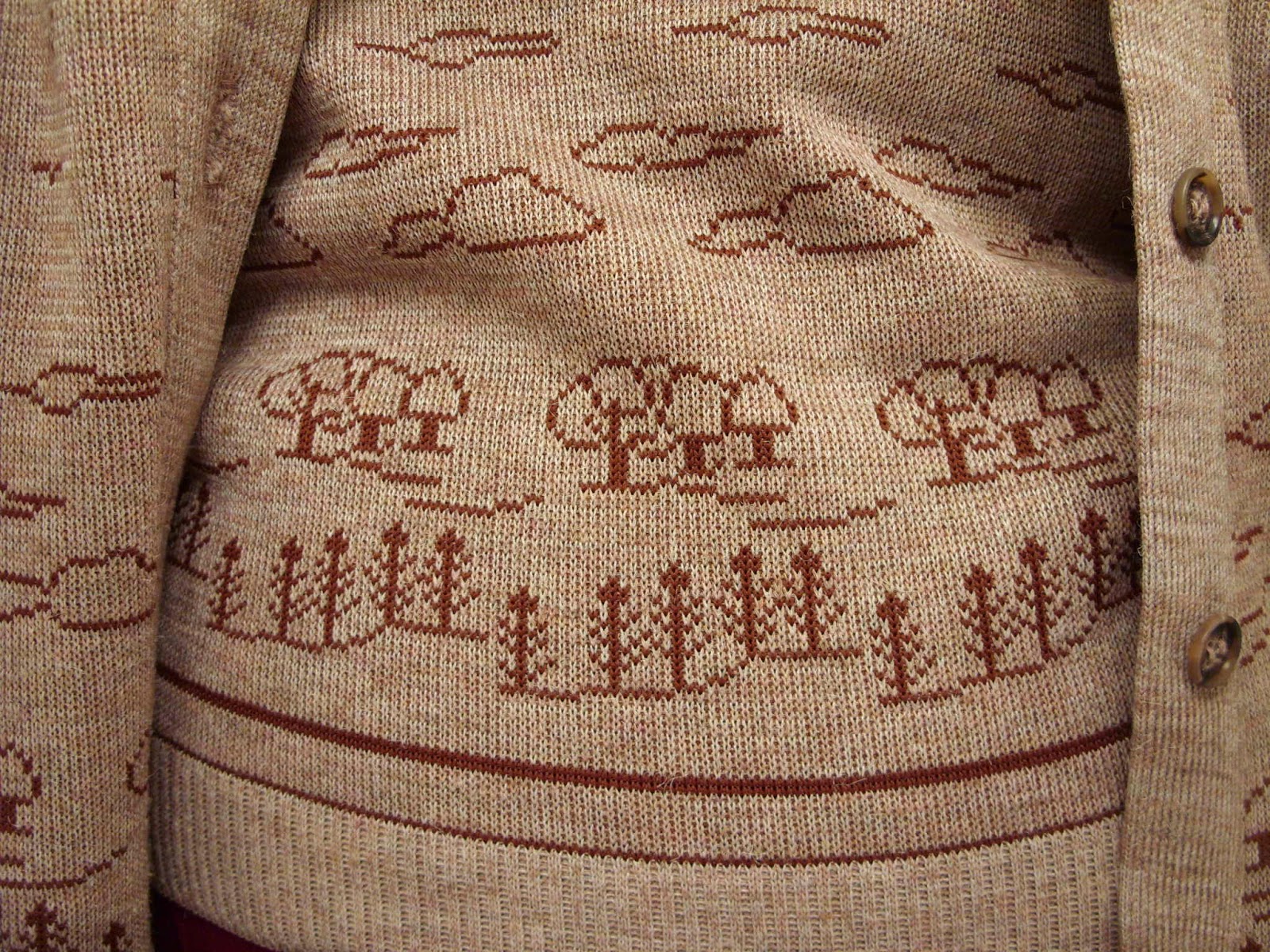 I think these are trees in the pattern, but Danny prefers to call them mushrooms. Who am I to argue? 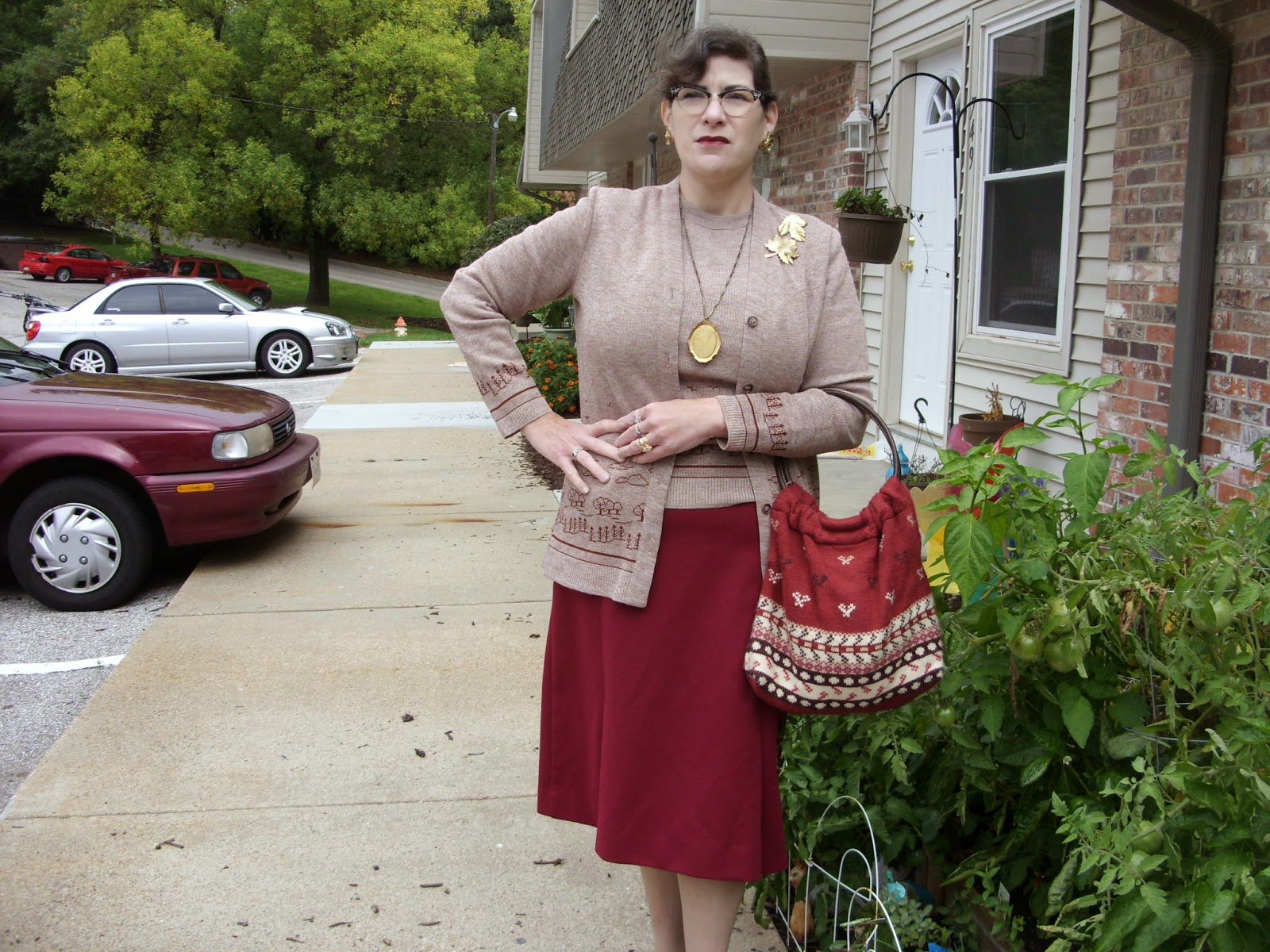 I'm afraid those tomatoes still on the vine are doomed (there's a frost in the forecast). Green tomatoes and apples make a lovely mincemeat-like pie, so perhaps that and a couple jars of green tomato chutney will finish the season out. It was a good year for such a tiny garden. I'll sow the peas and winter lettuces later this week.

A face like an arse? I don't think so, you are all strong features and firm, angular jaw, not round and puffy at all, what was your mum thinking? Unless your bum is strong and angular, that is... Perhaps it was more intended as a description of an expression - face like a slapped arse, we say here, to describe the look I often have, one of disdainful dissatisfaction and irritable superiority. Yes, I think that sums me up rather well. You too? Yeah, takes one to know one!
Oh, fannies. So much amusement to be had from that particular linguistic difference! Fat Fanny tights, what a marketing strategy... Almost as hilarious as the idea that an item of clothing can "fit" six different sizes. One Size Never Ever Fits All.
The bread and your dinner look very good. And the earrings are glorious. And tell Danny those are definitely trees - what's he on, mushrooms? Xxxx

Ah yes. Leave it to Mothers to infuse our lives with self esteem. I have "bad hair" a "sassy mouth" and "no athletic ability." I think you are gorgeous from your lovely earlobes to your sweet fanny. Just checking in from my blogging break. Wheh! You've been busy. I have easily a day's worth of Eat The Blog reading. I can't wait to see what you've been up to. My grocery store sells bras.

I'm so glad to hear from you (I missed you) and hope you are doing well.

Maybe it was generational, that our mothers felt so free saying whatever popped into their heads.

Bwaaahaaaaa. That name is *too great*. I wasn't aware of the yarn, but now I must seek it out!

Nah, she meant every word of it (and I don't dispute it, no matter your kind words to the contrary). I got away easy though, my sister had her nose operated on as a 16th Birthday present (it wasn't even *that* big). She meant well, but geez, by today's standards that would be considered abusive.

"I can't seem to forget yooooouuu...your Wind Song stays on my mind..."

I'm still giggling like a school girl at Fat Fanny Panty Hose!! In New Zealand your Fanny ain't at the back, it's all up front!! It's like how we call an eraser a Rubber which in your part of the world is a.....giggle like a school girl at the thought! I bet there are way more words that have opposite meanings depending on the part of the world you come from. As for pants that fit 4-14, that is such a joke. We have labels that state one size fits all. My answer to that is Bullshit!

Forgot to share this nugget from "The Office," regarding the many shades of "fanny." https://www.youtube.com/watch?v=R7UHKfqXYTU

You are a grand cook! This food looks amazing!