I'm afraid it isn't working. I stood in the store for an entire 30 seconds grasping this crystal, and I still felt like punching someone in the face. 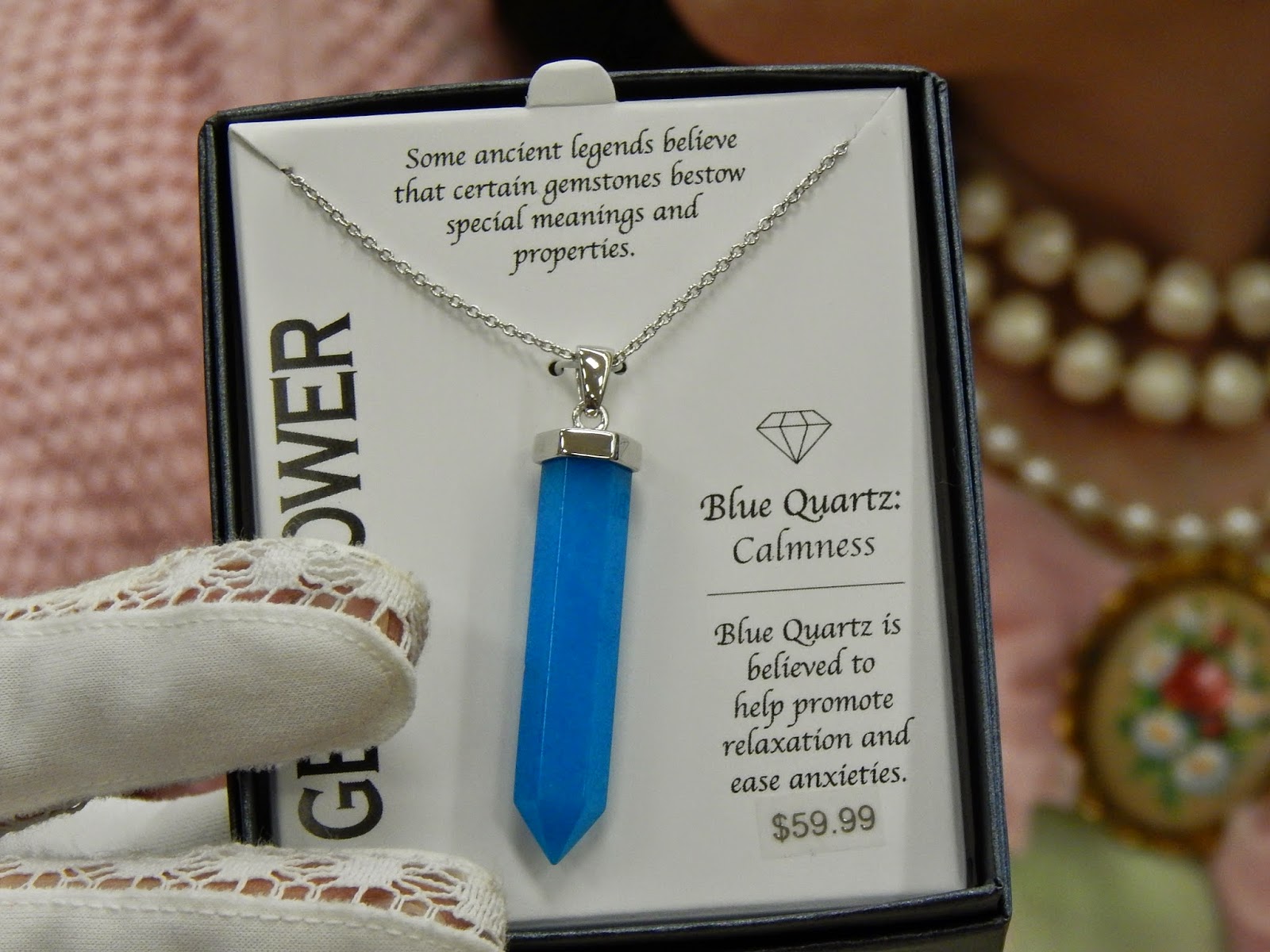 I hate it when the new age crystals are defective. Fucking discount stores. I'll bet these were overstock from the last millennium. Listen buddy, why don't you take your harmonic convergence and...oh look, it is conveniently shaped like a suppository! 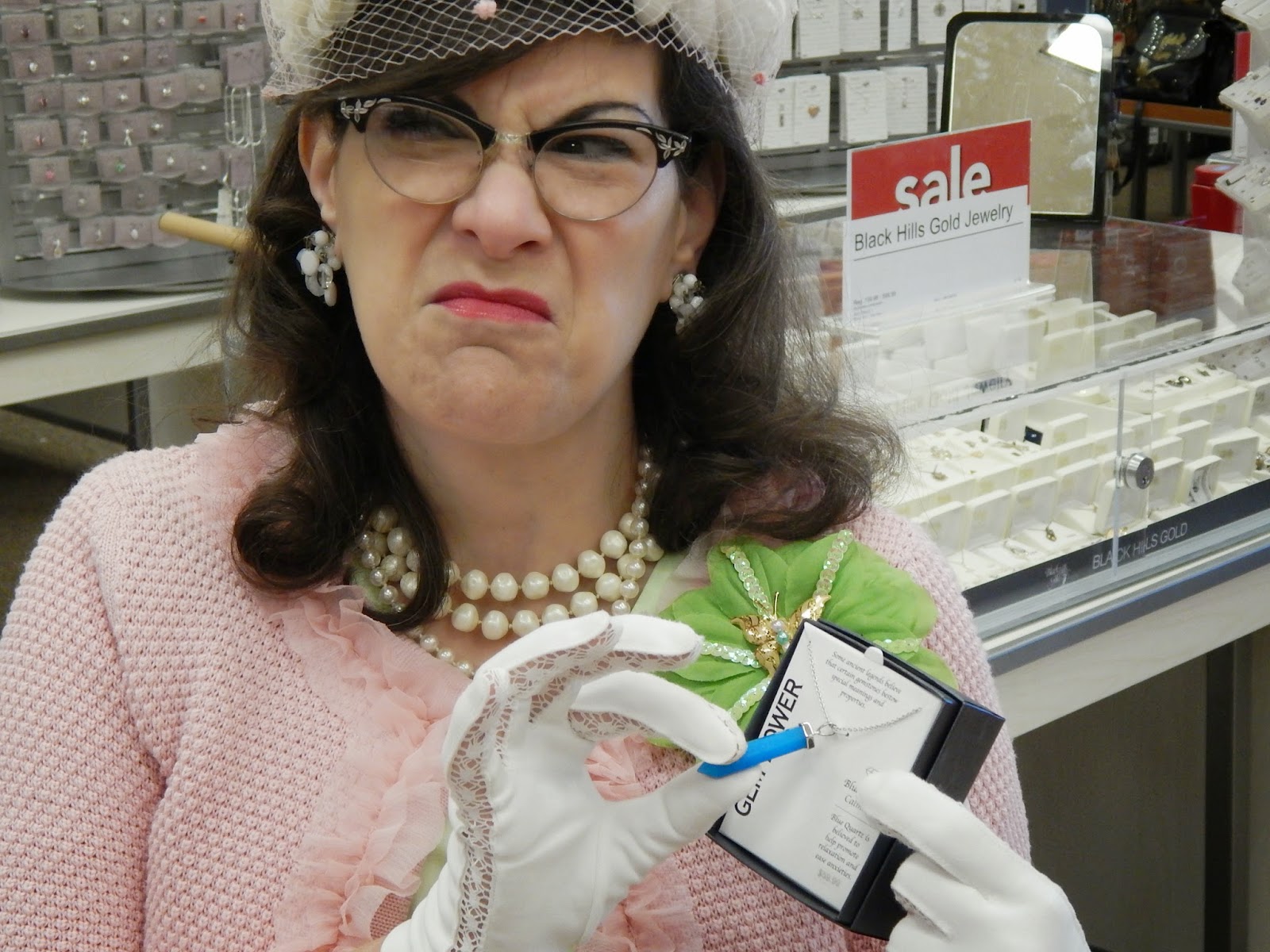 Age of Aquarius, my ass. No, make that your ass. 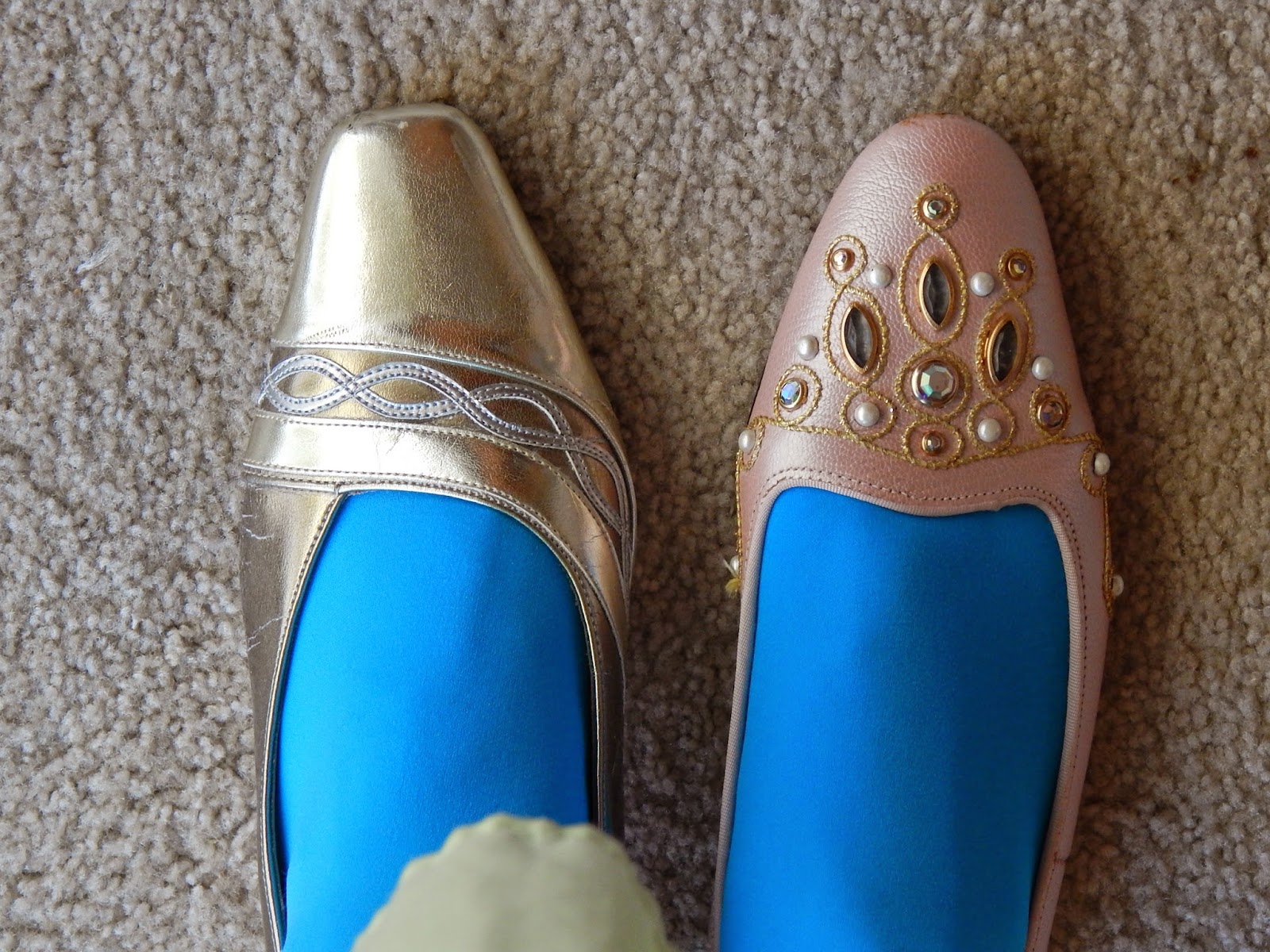 I woke up in a bad mood, and it only got worse as my computer decided it was downloading a new version of Windows whether I wanted it, or not. Then, the browser wouldn't work with anything. I've spent several hours attempting to fix this. As I dressed to go out, I could not for my life decide on a pair of shoes and I very nearly wore two different ones, and would have, had they both been flats. I wonder if anyone would have noticed? Most people are too wrapped up in themselves to notice others. 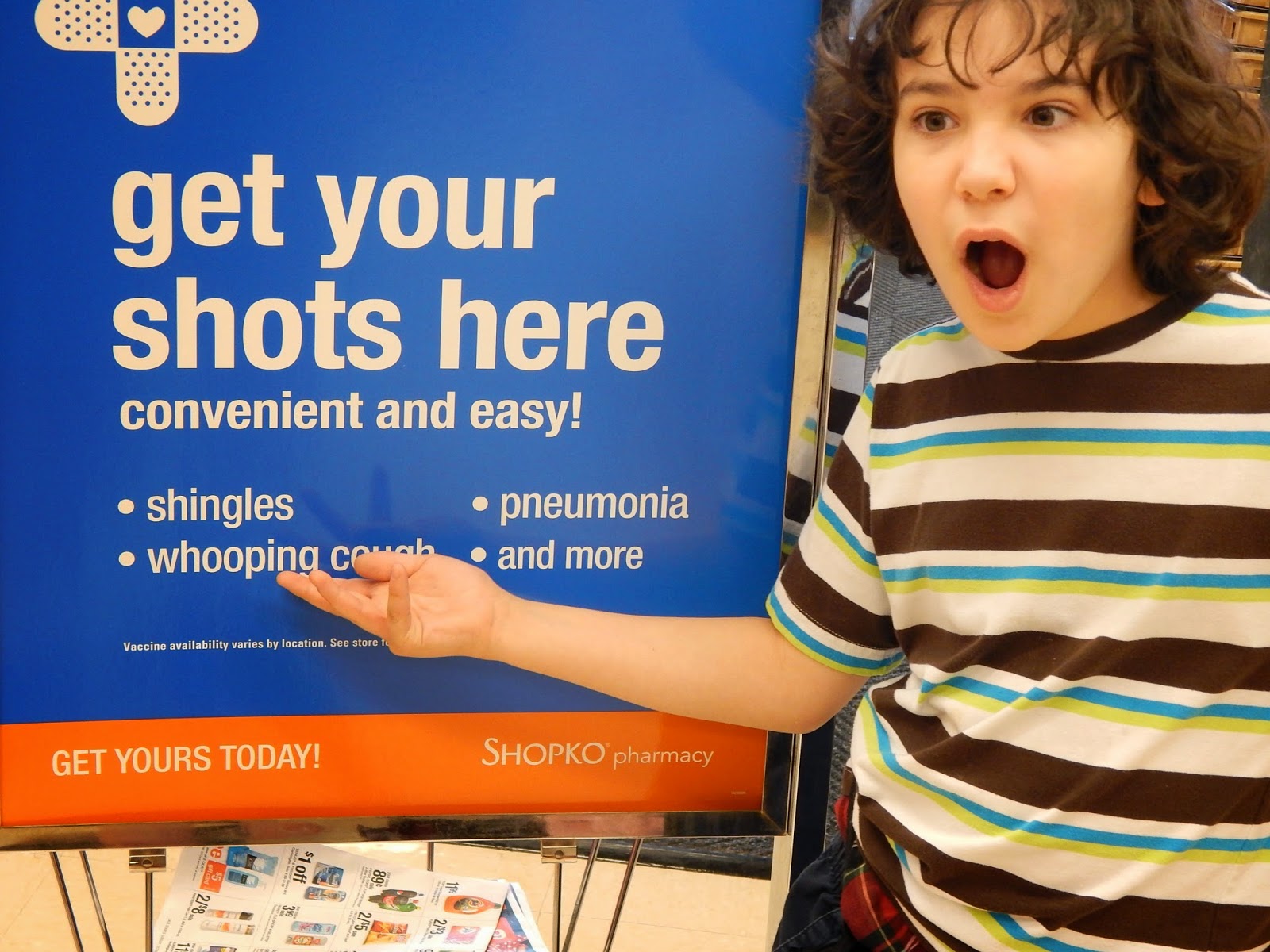 Or, they're all too busy panicking over a disease that's a whole hell of a lot less likely to get them than the flu. Was anyone waiting for their flu jab? No. They are all at home hiding beneath the bed and pissing their pants with worry over ebola. In the past week it has been wall-to-wall news coverage, and panic. The children of healthcare workers are being shunned and kicked off the soccer team, as well as being un-invited to birthday parties because the news has people so whipped into hysteria they forgot to stop and use their brains. Some poor family of missionaries in Iowa is essentially being forced into a 21 day isolation by crazy locals that don't want their kids returning to school. Never mind that they were on the other side of the continent from where the outbreak is. Who needs geography when you have 24 hours news? I remember the early days of AIDS, and this behaviour is looking all too familiar. I'm not worried about Ebola, but I'm scared to death of people's reactions to the threat of it. 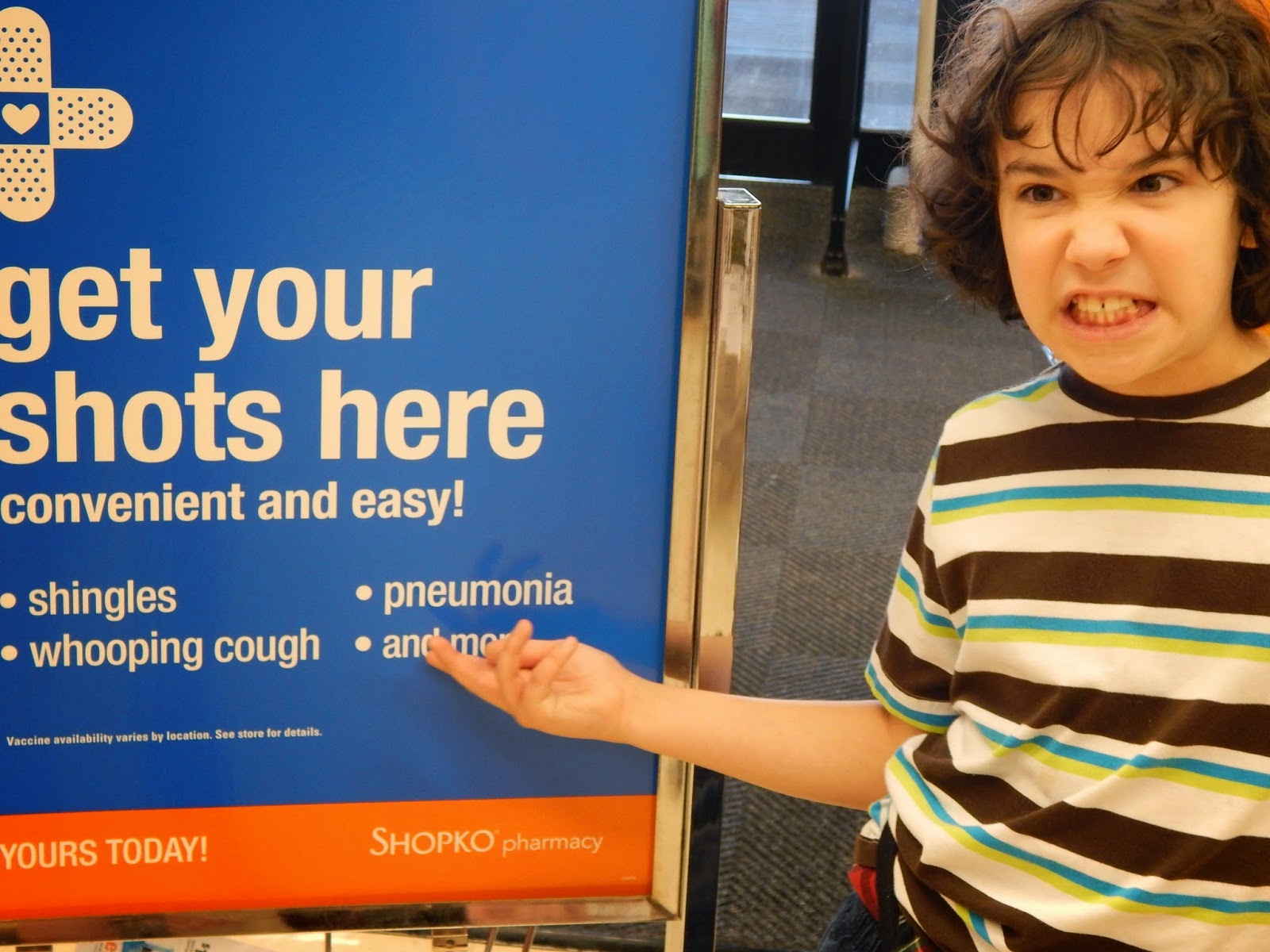 Here's Danny's impression of my frustrated face, which sadly I've been wearing too much of late. He does do an eerily accurate impersonation of me. That's my boy! 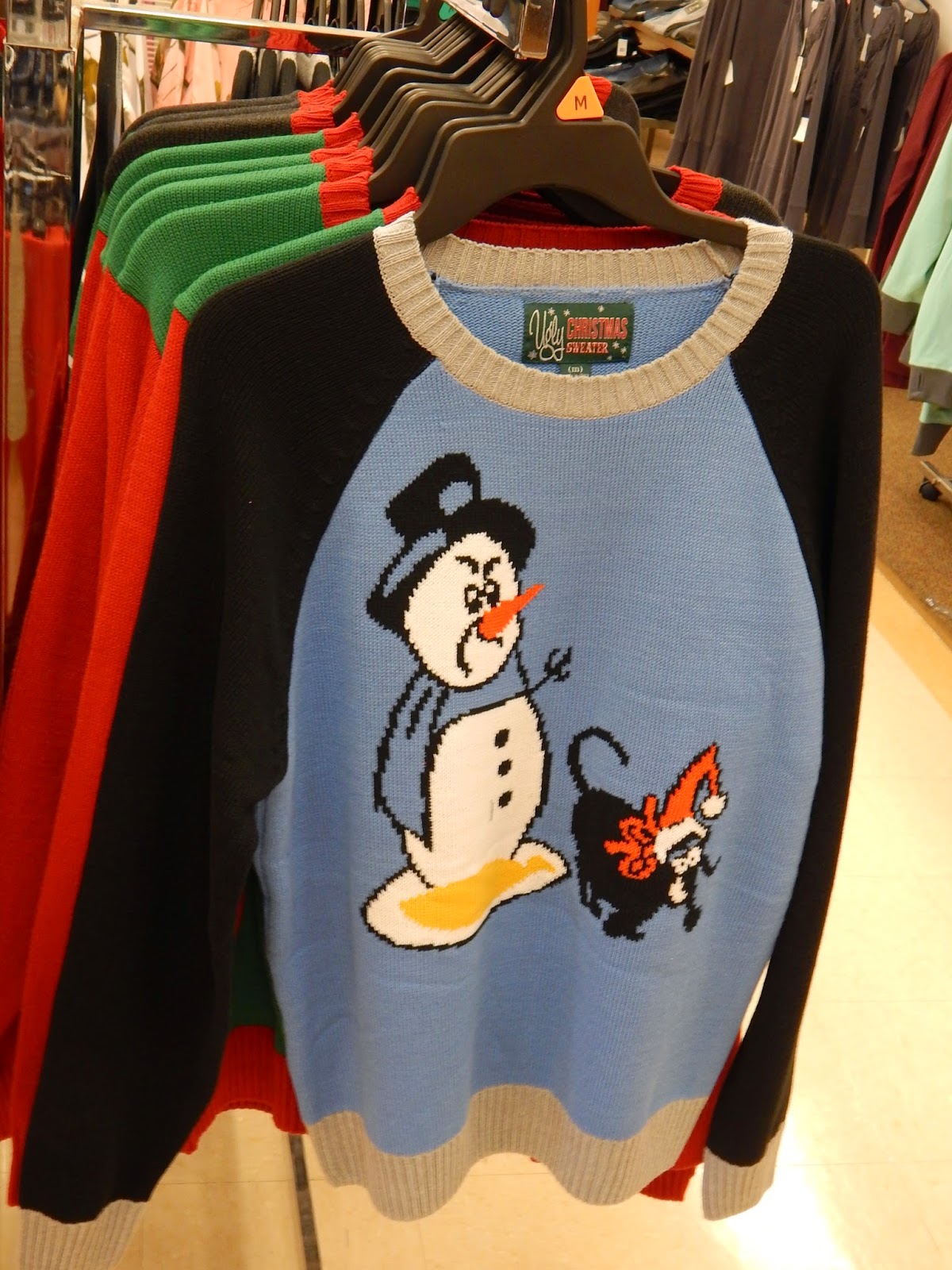 I almost bought this. I'll have to watch for it to go on sale because I like it, but not $25.00 worth of like. 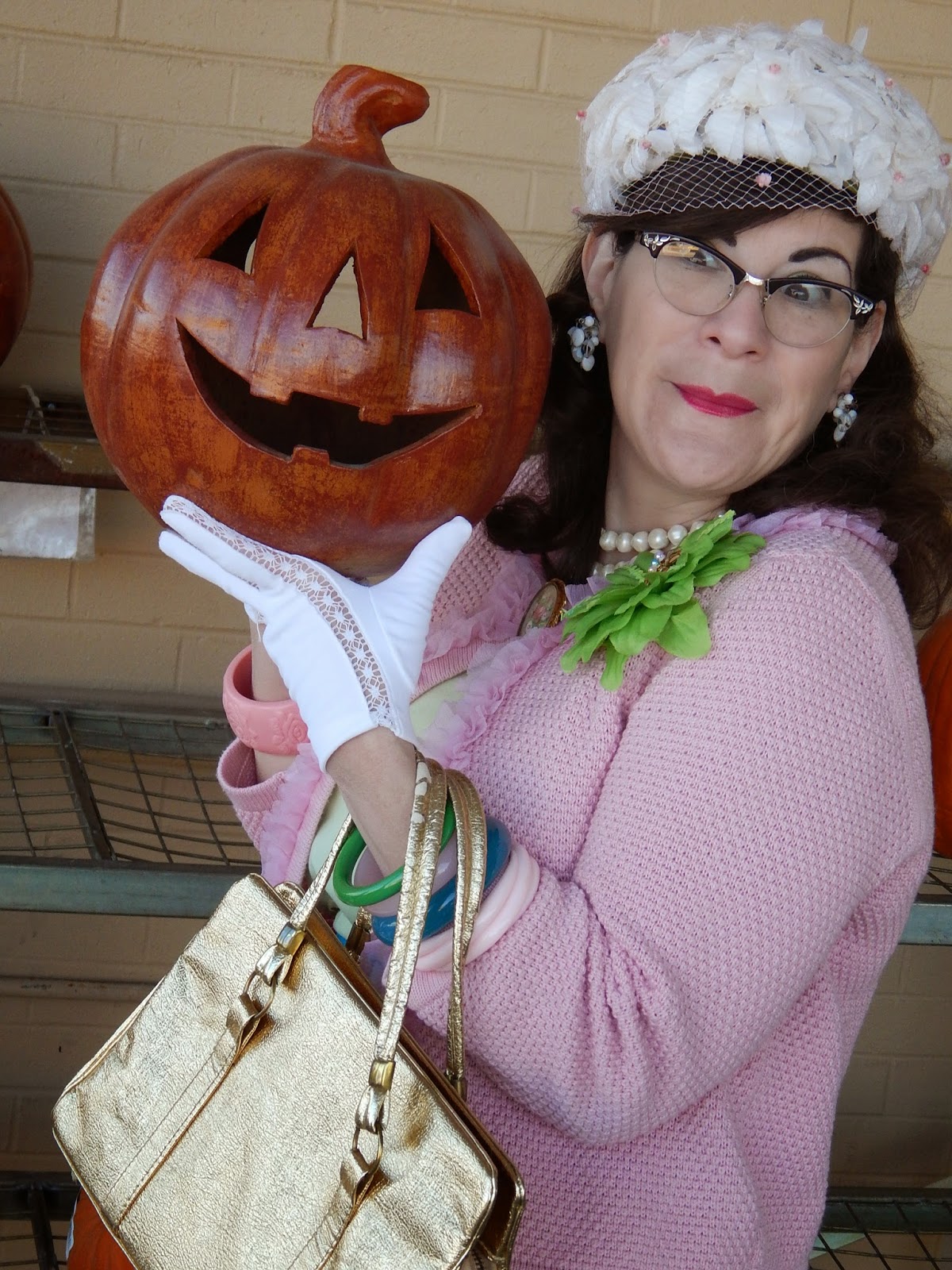 We're  not quite to Halloween but this is the American Midwest so... 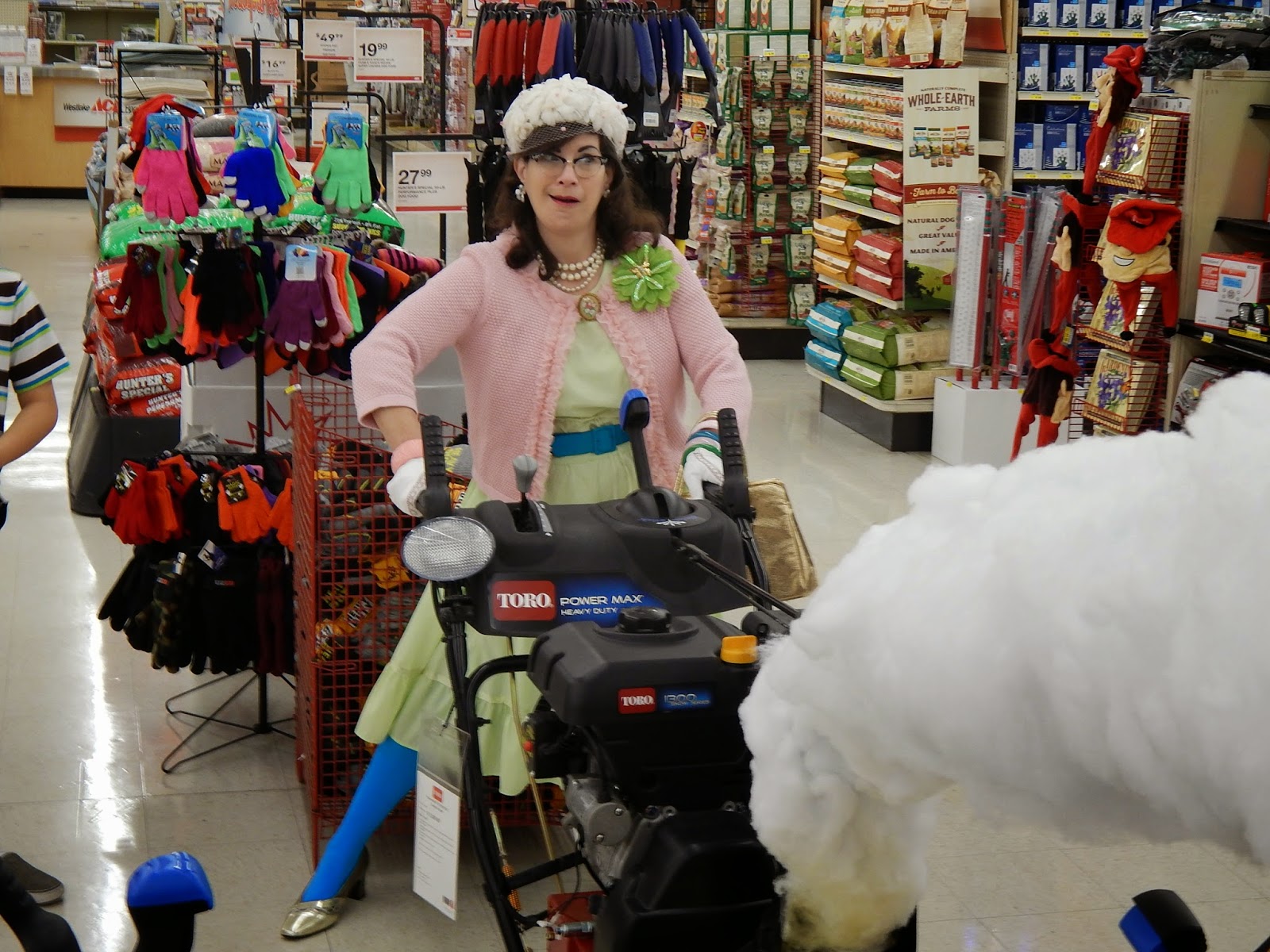 YEAH!!!!
I've always been more of a shovel woman than a snowblower, but I have to admit they did one hell of a great display with the fibrefill snow.
I've lived through some epic blizzards, but only tried using a snowblower once. The thing was so heavy and hard to push it ended up easier to shovel. Perhaps they've improved them since the old days, but this thing was quite the massive piece of equipment. There was a couple off to the side not pictured that were watching this performance, and sincerely trying their best not to laugh. I don't know why...did they think I'd be insulted? If you go out in public dressed like this you expect a few giggles. 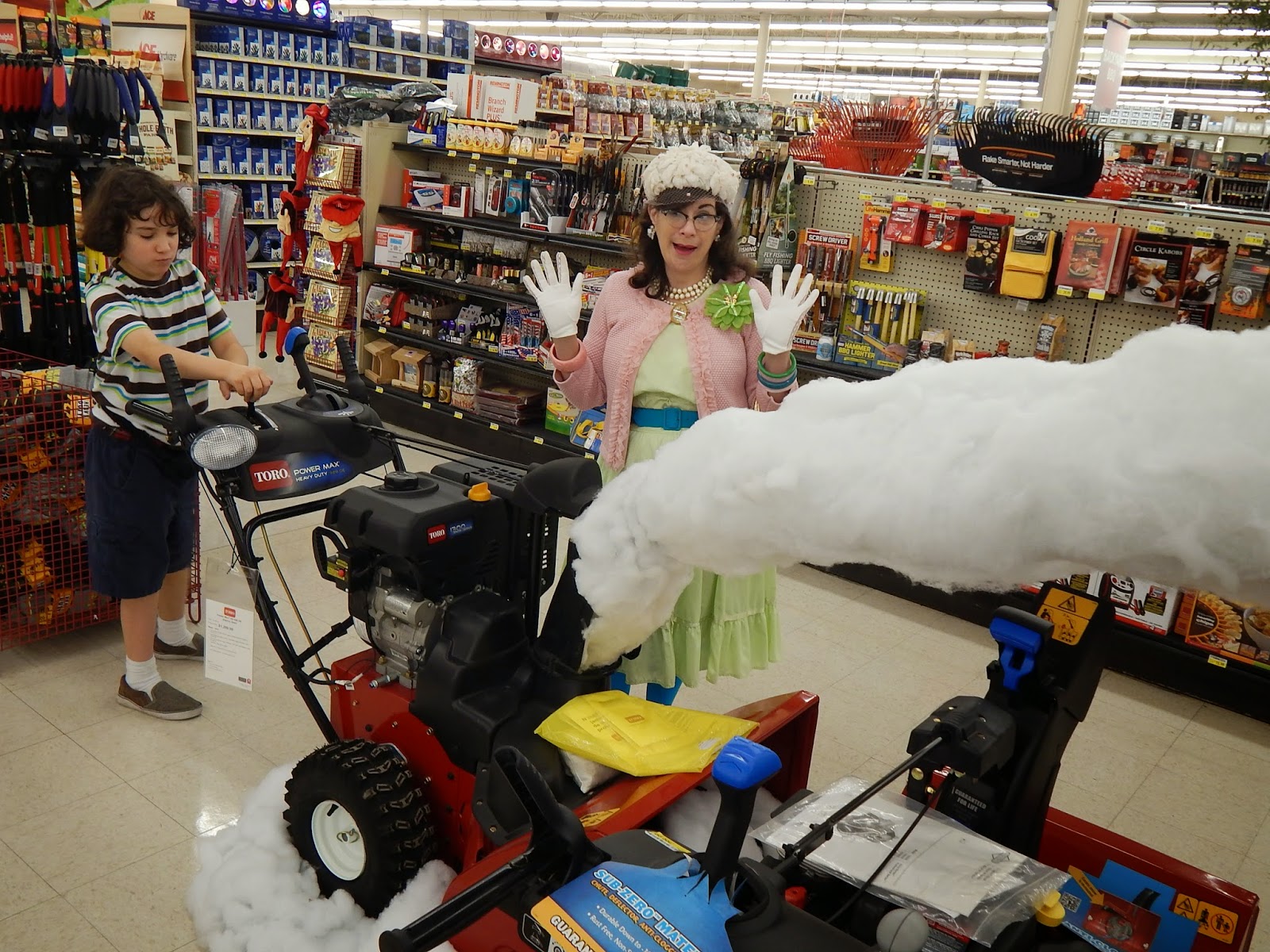 Wheeeee!
Yes, fun and games when the stuff is made of fibrefill. The real stuff is a lot less enjoyable.

*Note-I didn't set out to do an homage to the lovely Helga Von Trollop , but by the time I had the squaredancing dress and the tights on, there was no going back. http://helgavontrollop.blogspot.com/
That said, no one does Helga like Helga, as evidenced by my complete absence of  kick-ass style. And ric-rac. Who the hell makes a squaredancing dress without ric-rac? There oughtta be a law! Anyway, I raise my brightly tight clad leg in salute to you dear!
Uggggggghhhhhh.
I think I got a groin pull!
My GROIN! My GROIN! 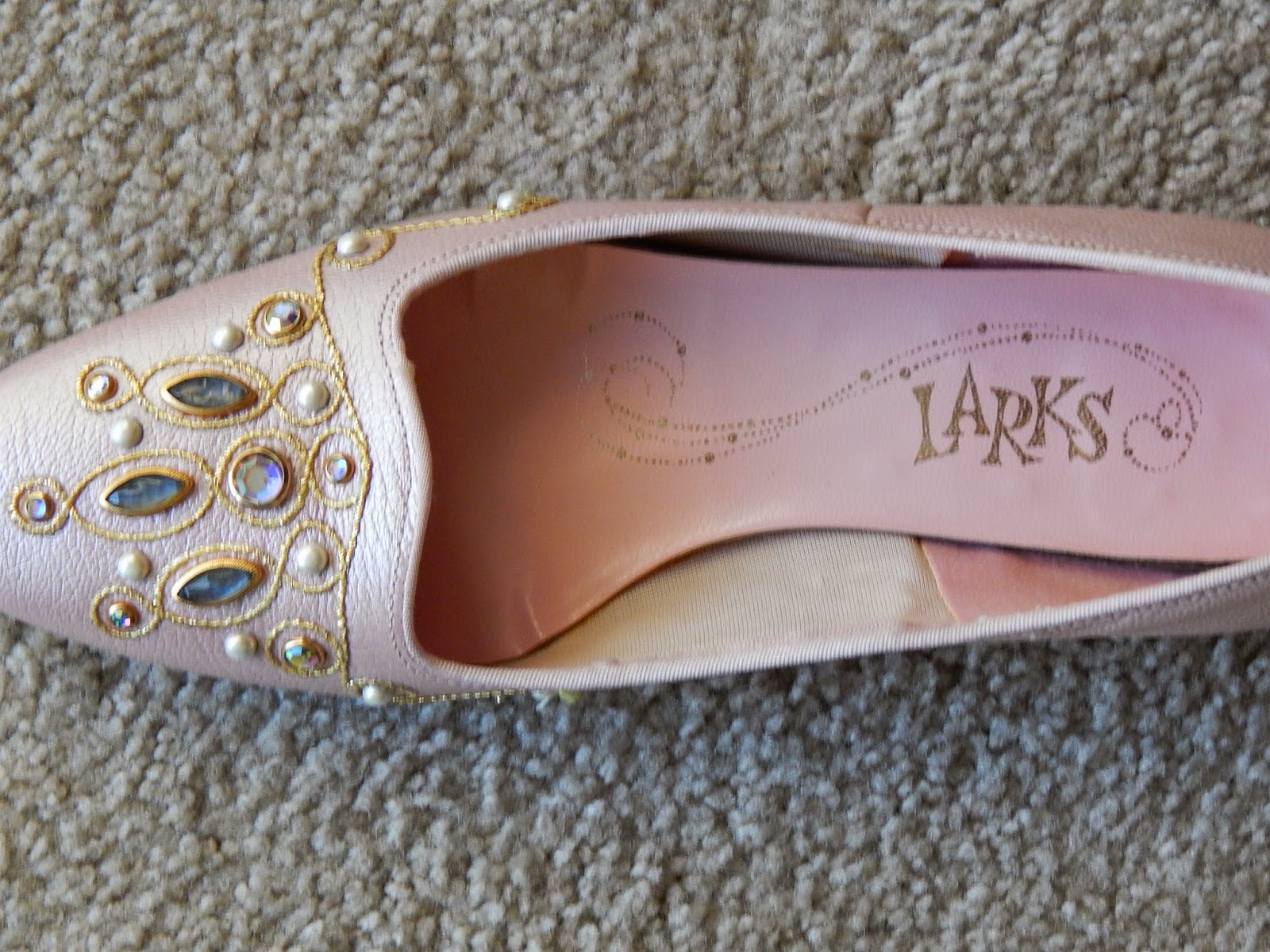 There will be no larking about, children. 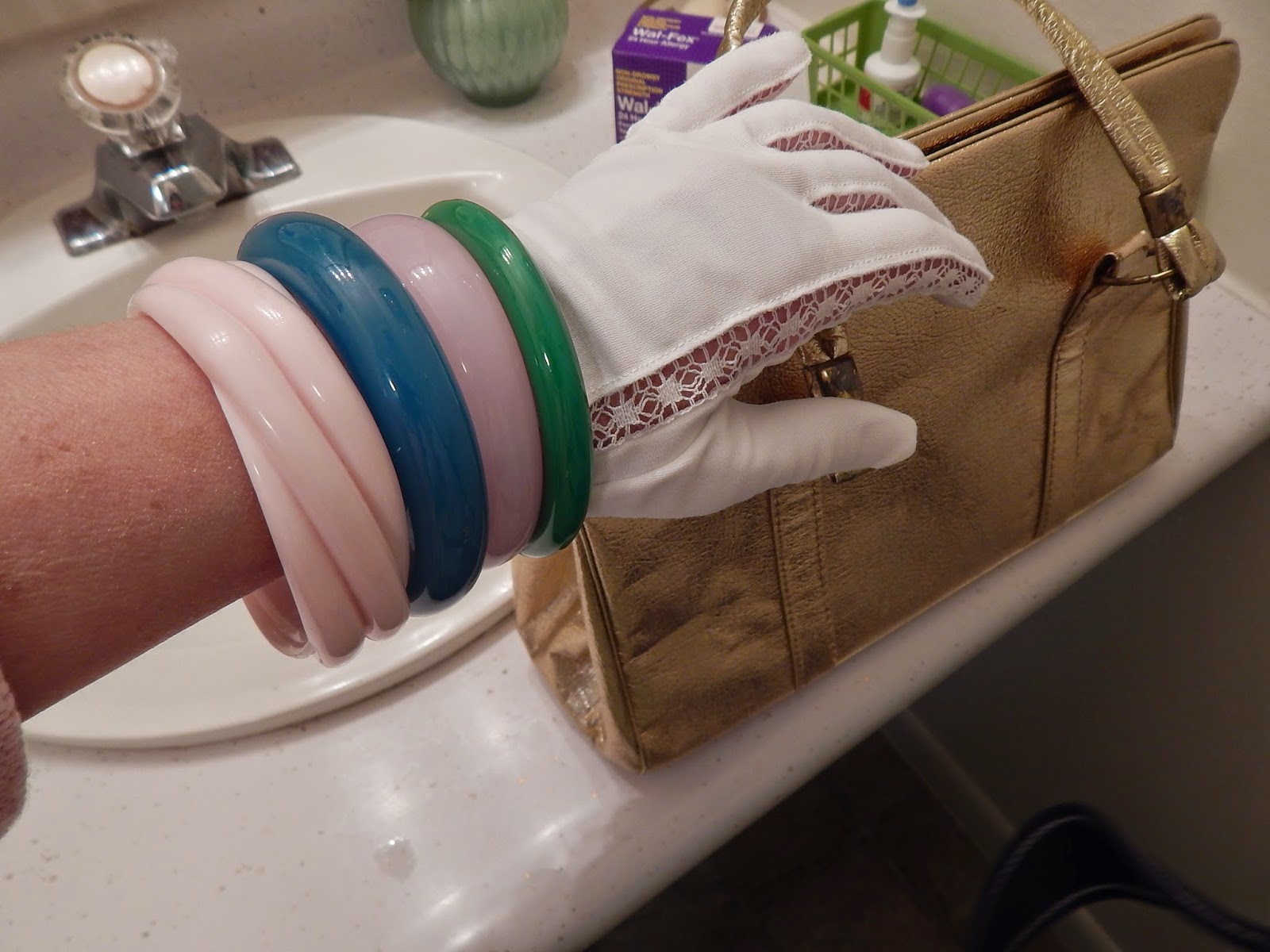 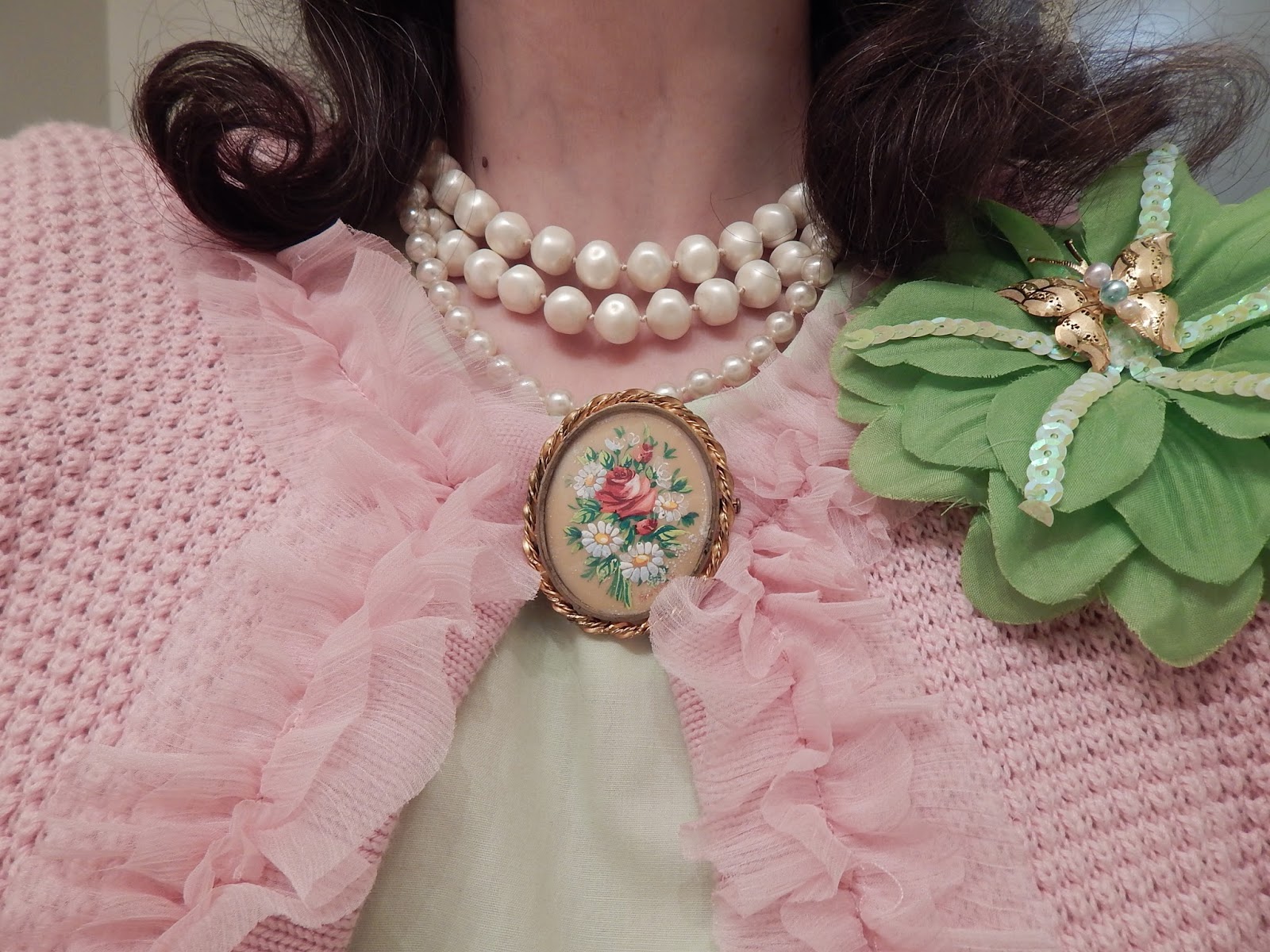 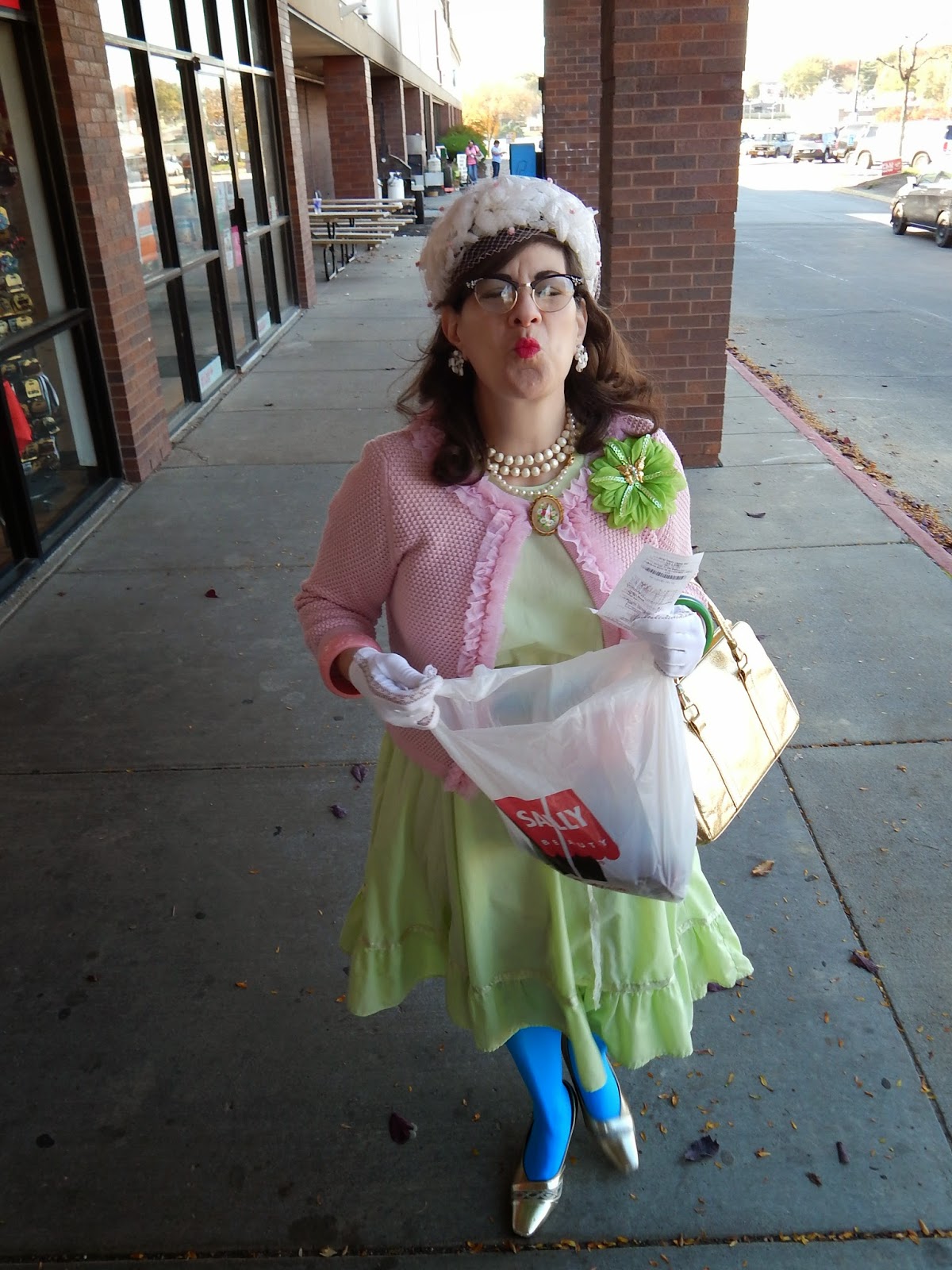 No? Then fuck off. 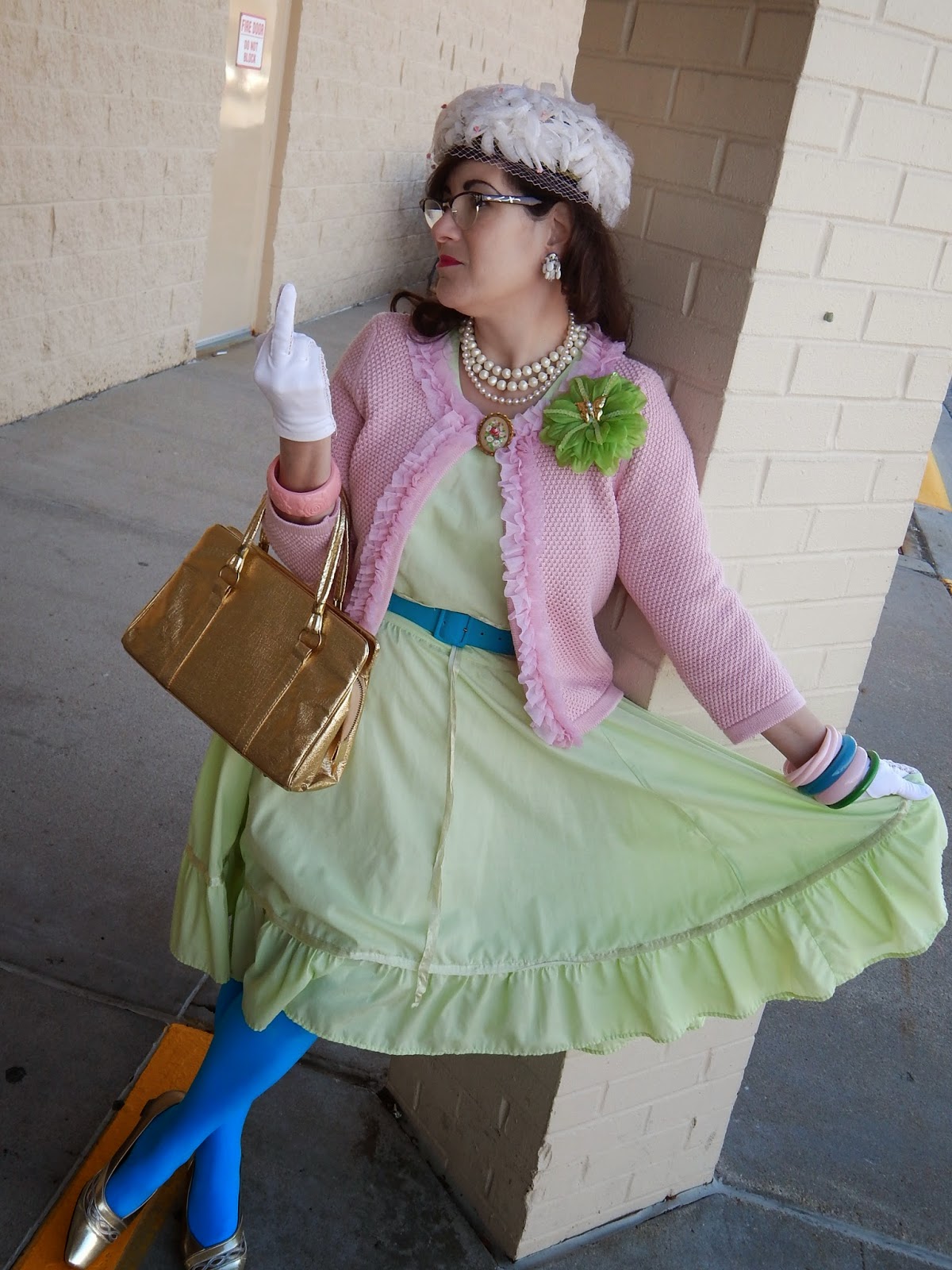 I promise to try and snap out of this mood...but it is going to be hard as it took two fucking hours to do this post as I had to keep quitting the post, signing out, signing back in, etc. just to get the browser to work. Then, I downloaded Chrome, which is worse. I don't know about you, but I could find better things to do with two hours of my life.
Like drink gin and tonic.

I find that gin is the answer to more and more things these days. And rum.

Despite the foul mood, you do look spectacular. Every time I find a square dance frock it is size teeny tiny. I'm still on the lookout for one in a regular grown up size!

Maybe the gloves were blocking the crystal's cosmic forces from realigning your chakras - or maybe it's just bollocks?!?!

Seriously, people are that scared of it that they're uninviting kids from birthday parties?

I went through Madrid twice this month, and it was interesting to see the coverage ebola was getting there; they've got people waving friendly banners outside the hospital where health workers are in quarantine, and it's on the news every bulletin, but no-one actually seemed panicked.

I dream of that last photo of you (giving the finger) as a cardboard cutout (or you in person doing this) at the entrance of every happytime fun park. Or the mascot for a new kind of theme park that tells it like it is to the kiddies.

I dream of that last photo of you (giving the finger) as a cardboard cutout (or you in person doing this) at the entrance of every happytime fun park. Or the mascot for a new kind of theme park that tells it like it is to the kiddies.

@Autumn
I know, and then you're expected to stick like a million petticoats beneath it. This one is on the too-big side, but that's a rarity. Skirts are plentiful in bigger sizes, but for some reason, not the dresses.

@Mim
That sounds like a nice thing they're doing in Spain. I don't think you could get people within 100 feet of the Nebraska Medical Center for fear of...well, fear. Personally, I'm happy we have a biocontainment unit and that we're able to help people here, but people are very, very upset about ebola patients being brought to Omaha for treatment.

@Bernice
*Face-Palm*
The gloves. Of course, now it all makes sense! The magic works, I was just doing it wrong.

Oh how you make me laugh!! I love a gal that can swear away like myself! And yes a Helgaess outfit, she will be very impressed. I think you should have worn the two different shoes, both were equally gorgeous, so what the hell! I don't subscribe to panic over things that are out of my control. We survived bird flu, swine flu, and Y2K thingy, so I am sure we will float through Ebola. Some people live to die!!

@Sue
I hope she's not insulted-I wouldn't want to be accused of stealing someone's look.

I just don't get panic (I don't mean clinical anxiety which people can't help). I must be less evolved as I seem to lack the whole adrenaline response thing. Just imagine the things that could get done if people didn't waste all that time worrying about what might harm them.

That does sound like a rough go of things indeed! I've personally being using Windows Live Writer to pen all of my blog posts in for a few years now and highly recommend it. You write yours posts from your desktop and publish them to the web (and of course they can be scheduled for later). I've only had it crash on me and lose a post entirely once and even then Tony, being the programming genius that is seriously is, was able to somehow track down some remnants of it and we slowly put it back together again. One such issue out of hundreds of posts at this point is so good I'd give WLW a solid A+!

*PS* Adore the hues in your bangle stack!

I'll have to take a look at that. I'm obviously frustrated with the whole Windows thing as I spent years using Linux. I bought a new laptop and pretty much decided to use what it came with-but I hate it. Every day I'm reminded of why I didn't use it all those years.

I will have a look at Live Writer though, so thanks.