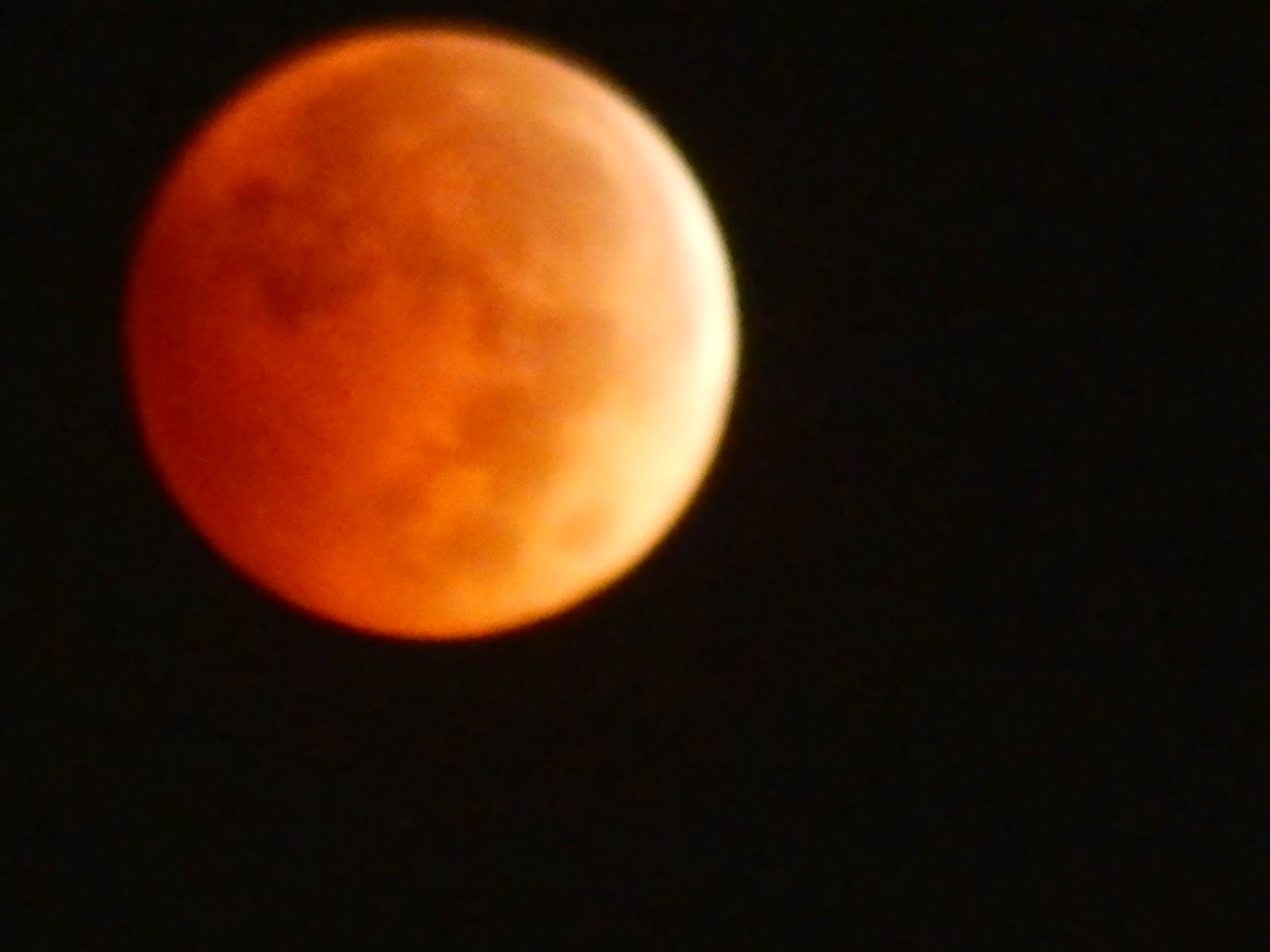 My day started (very) early to watch the lunar eclipse. We didn't need to wander far as the best view was directly outside our front door. They're calling it a, "Blood Moon" but I think it looks more, "pumpkin." Like the Headless Horseman was galloping across the sky...and lost something. It was dipping away from view shortly after totality, which was fine as the sun was rising. Pretty good timing, if you ask me. 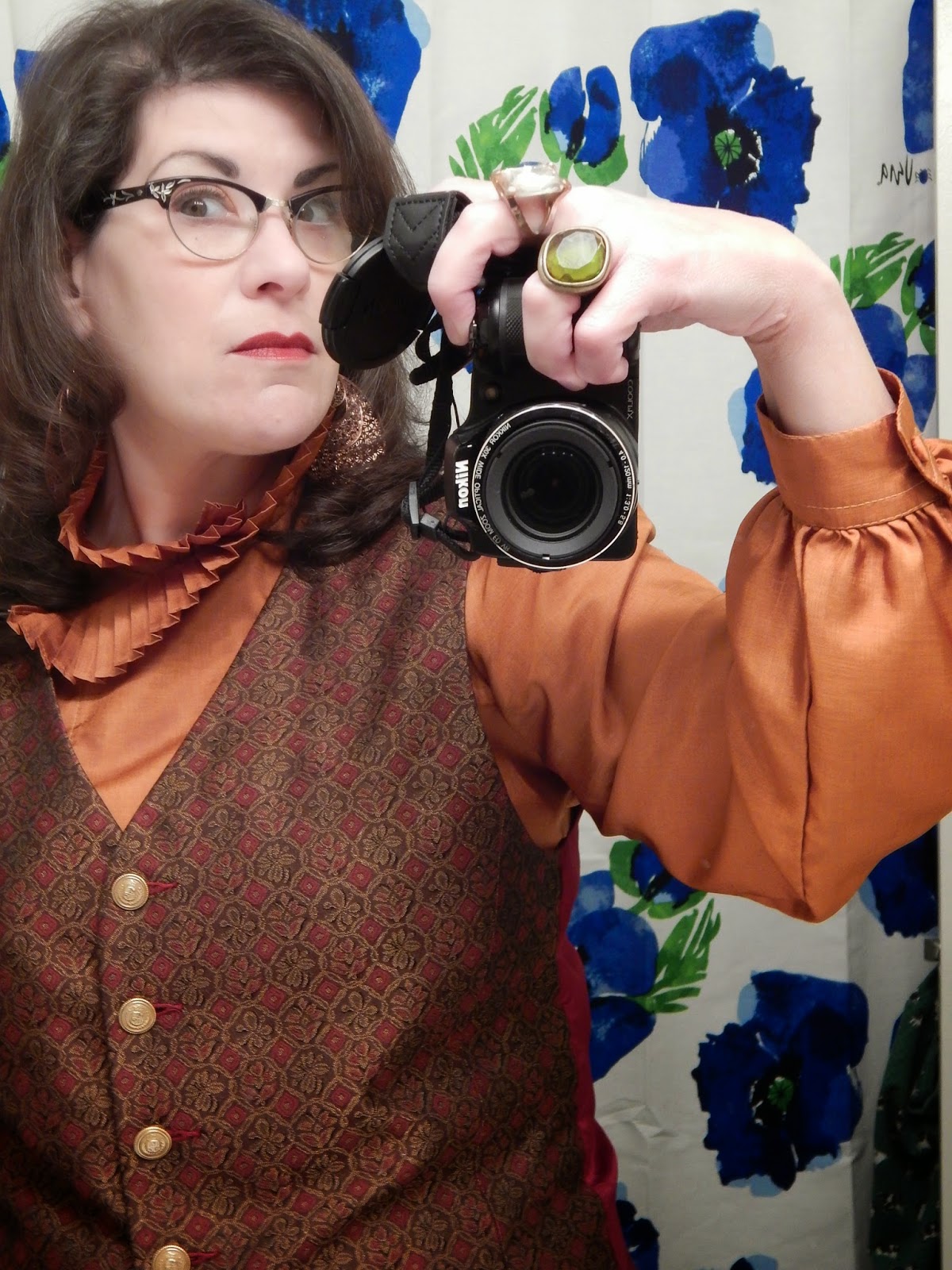 Inspired by Curtise's (http://sopastcaring.blogspot.com/) suggestion that I wear some orange, and the moon's morning light show, I rummaged in the wardrobe and found this copper coloured blouse, which is as close as I get to orange. Mr. ETB said it looked, "Regal." Yes, that's me-the queen at her court in the shoe section of the Council Bluffs Goodwill. Or something like that. Alas, I can't order anyone pilloried, so what good is looking regal if you still have to do the laundry and grocery shopping? 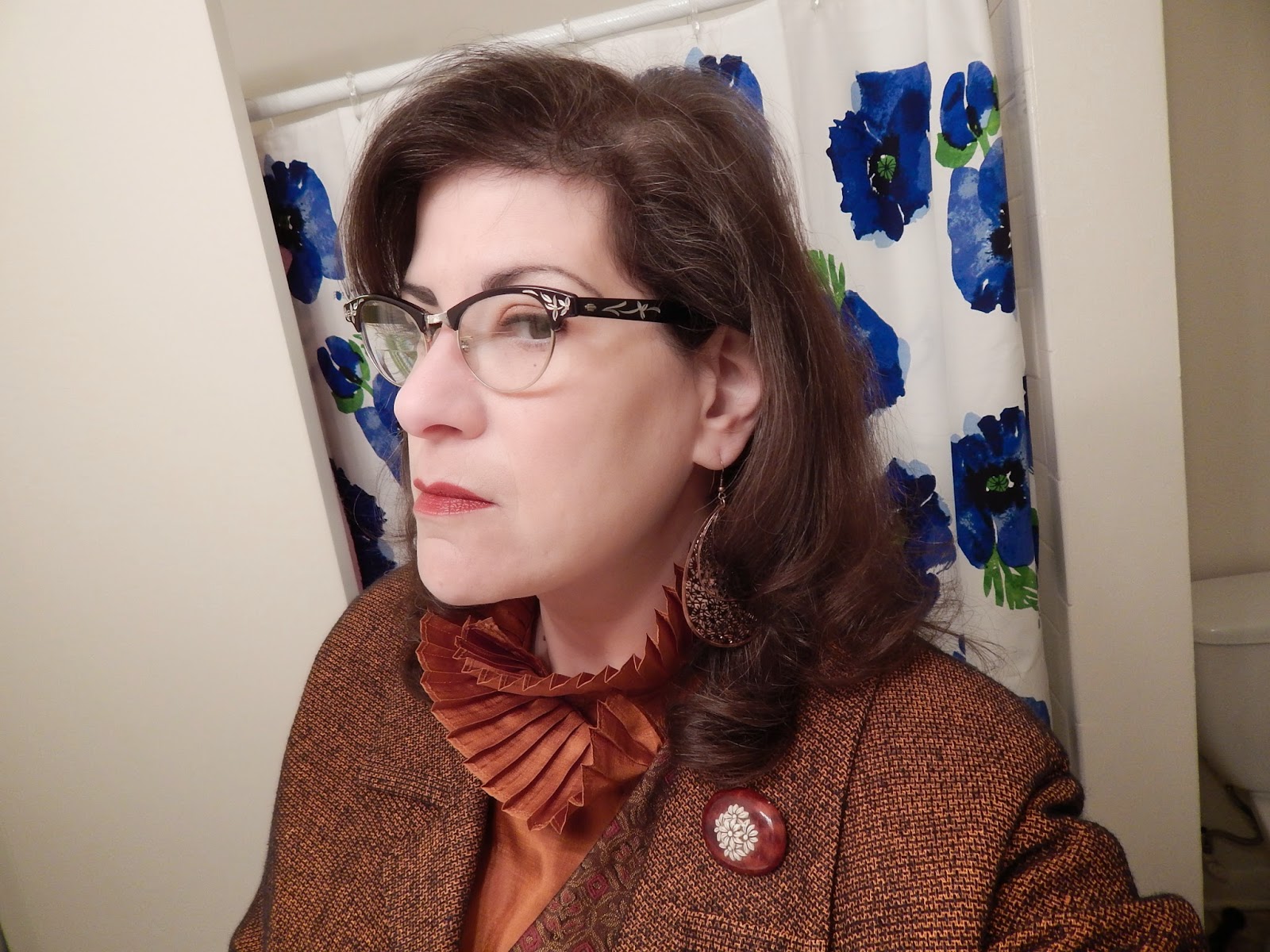 I've had this orange and black silk jacket (part of a suit) for more years than I can count, but it always seems like the perfect jacket after I've tried on everything else I own. Why, after all these years I don't just reach for it first, I will never understand, but I don't know what I'll do when it finally becomes threadbare. That day isn't far off, I'm afraid. 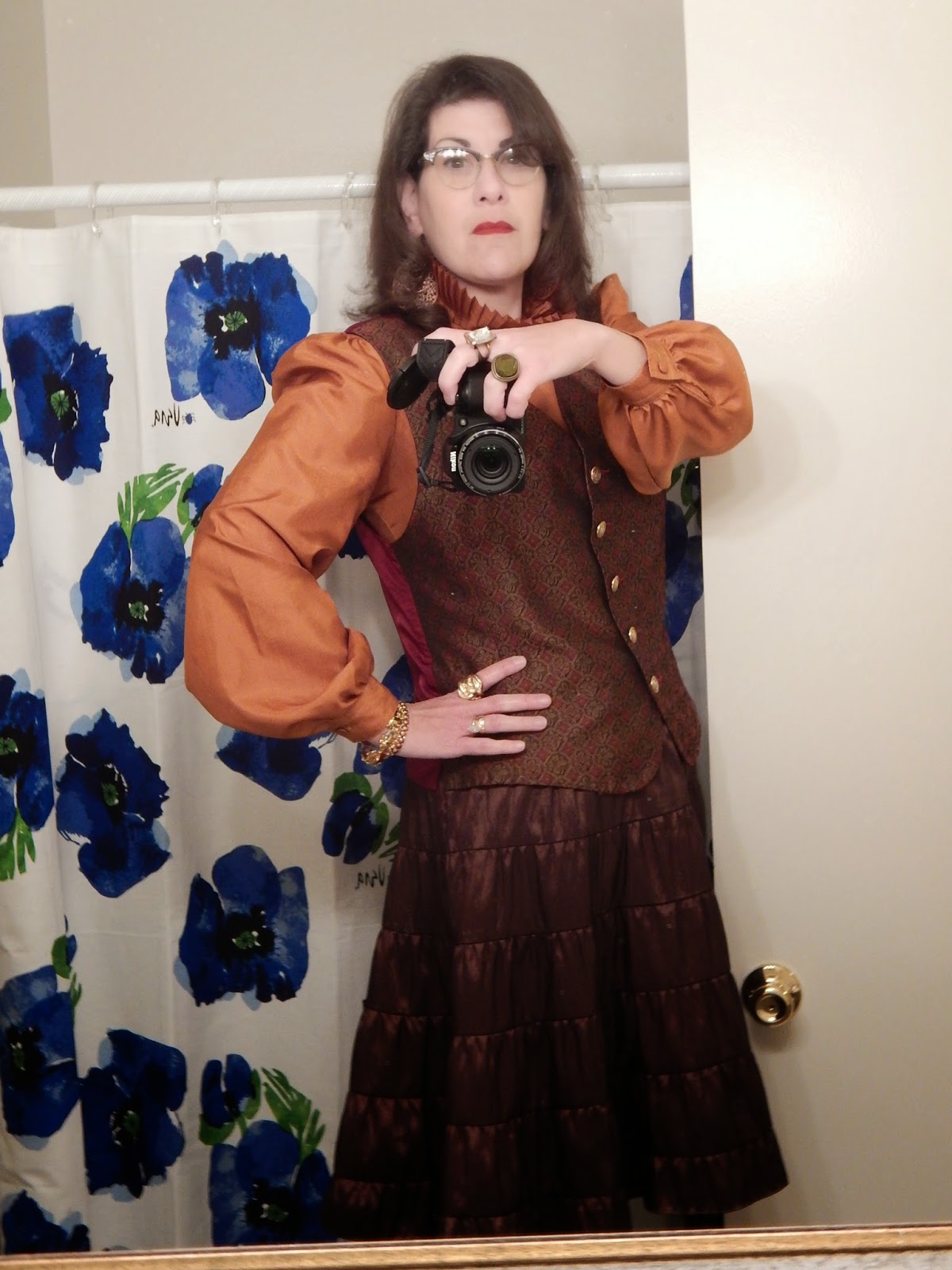 The skirt is a recent purchase. The way it is sewn, combined with the shiny satin makes it look almost quilted. It isn't, but the effect is eye catching. The shiny part...I dunno, I feel like a piece of wrapped candy. I've already forgotten what the brown foil ones were in the selection-coffee flavor? Toffee? We only got them at Christmas, and my sister liked the blue ones. My dad would eat whatever was left in the tin because that's what parents do. 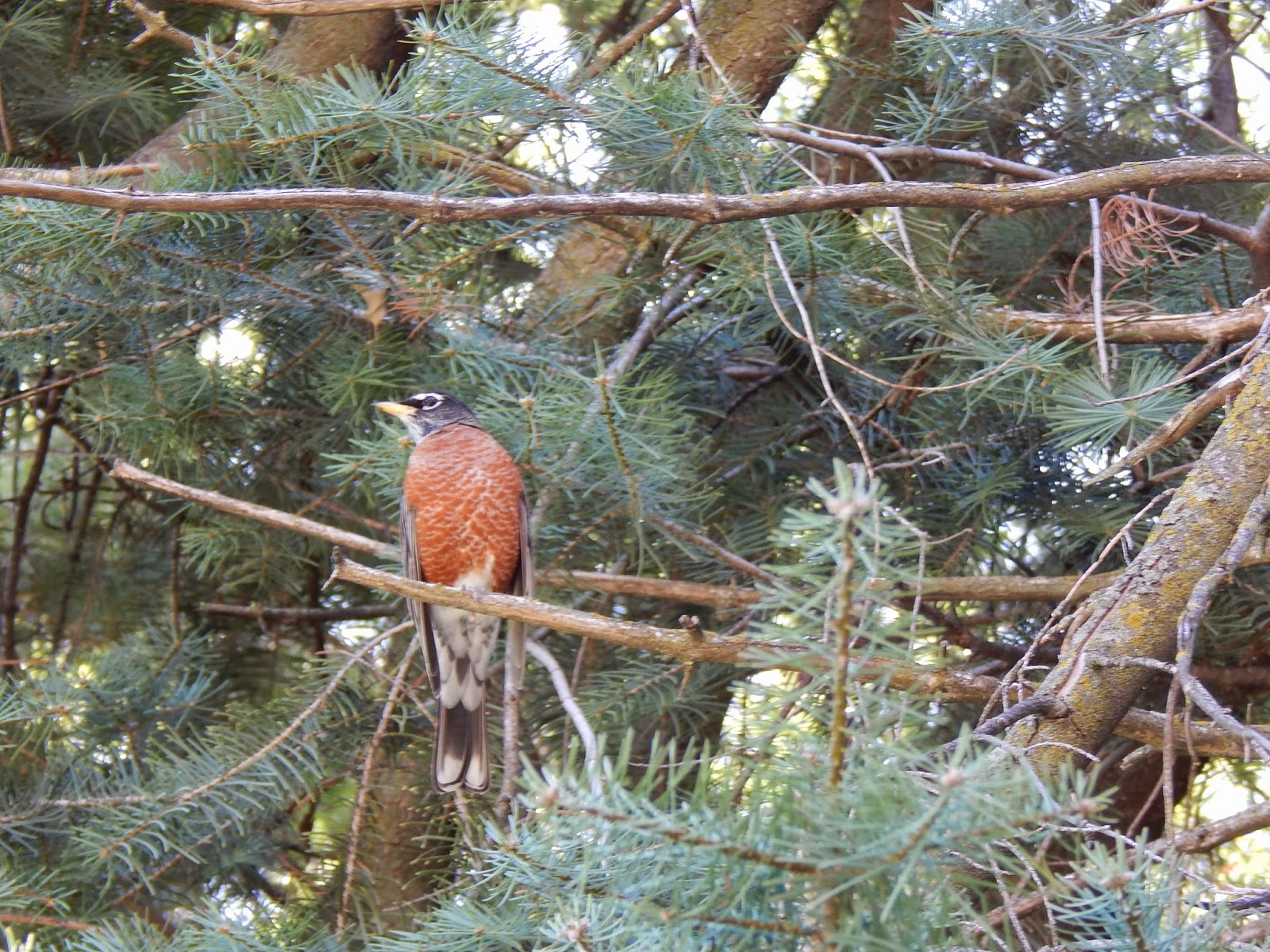 Even the robin's feathers have deepened to their winter colours. We have robins year-round in Nebraska, but you tend not to notice them in the winter months, and at any rate, they don't sing until spring. If you live in a cooler climate, put some chopped raisins out, and you may be able to attract some robins in the winter months. 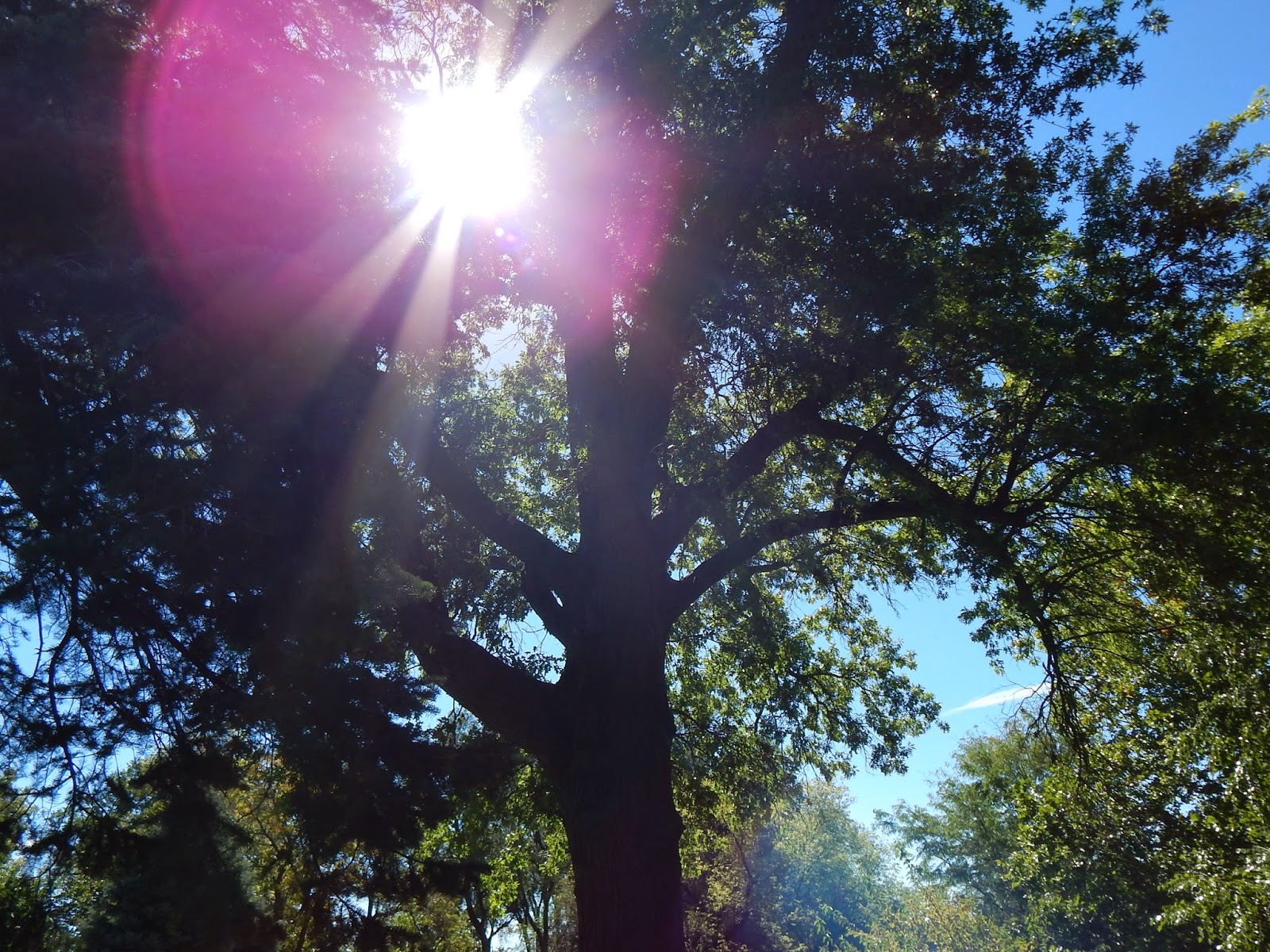 The weather continues to be cooperative. I put in more spinach and lettuces last night in the sheltered bed area, and the scallions are already harvestable. We had rocket and red leaf lettuce salads for dinner last evening, with herbs from the pots now residing in my sunny window. The gardenia came inside and immediately flowered with three more blooms. I have a feeling when the snow/cold finally arrives it is going to be bad. But we won't think about that today. 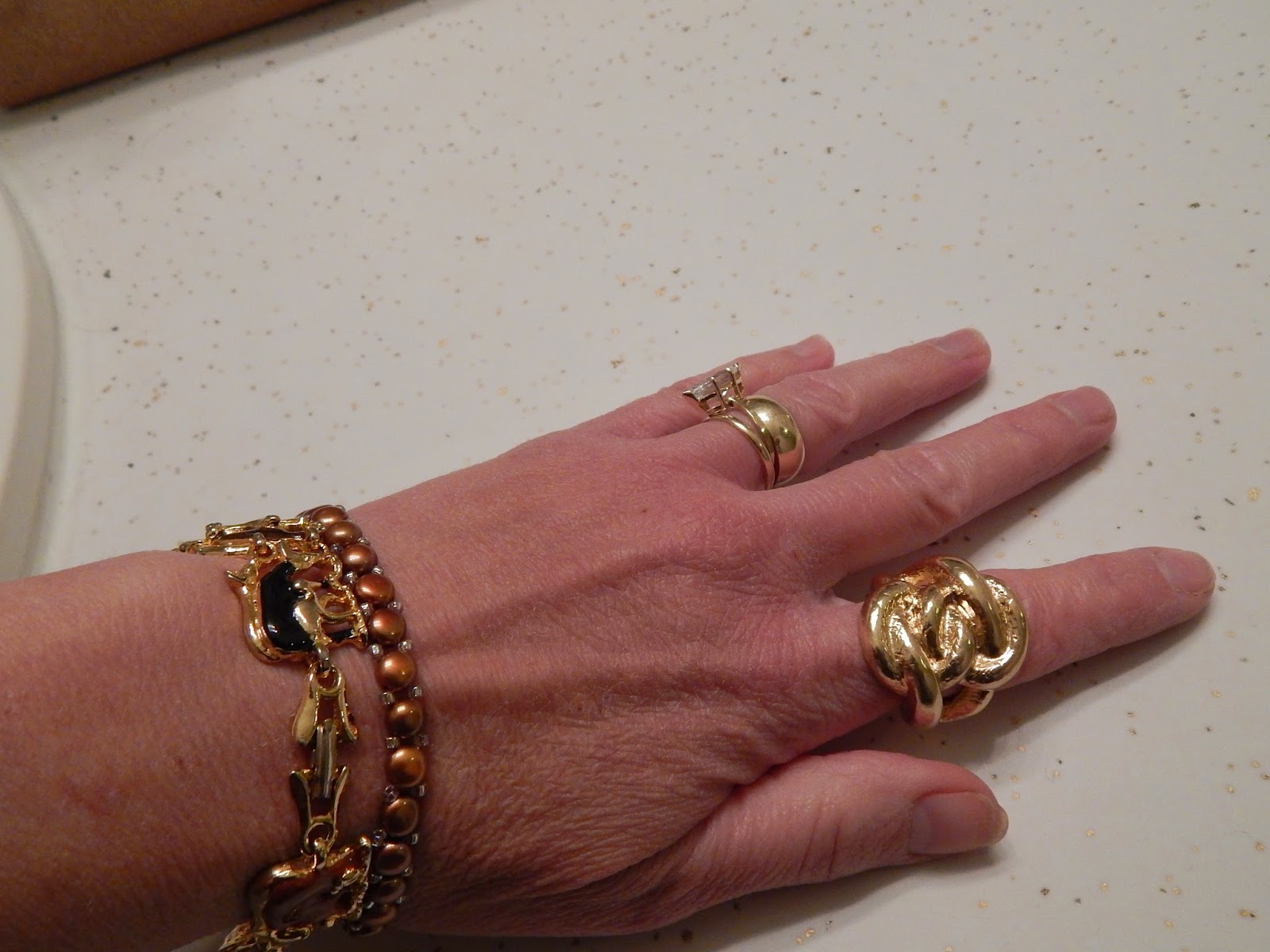 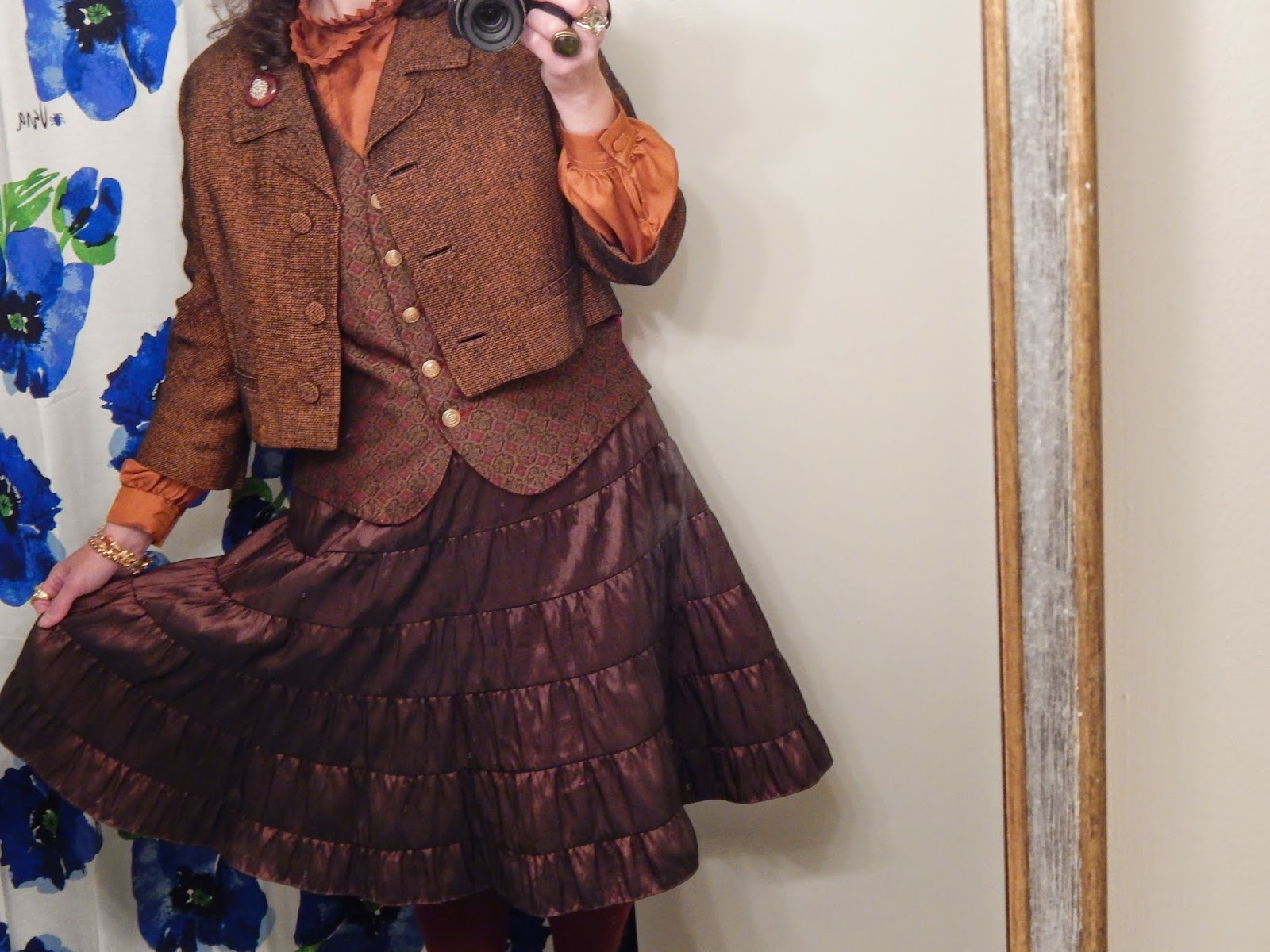 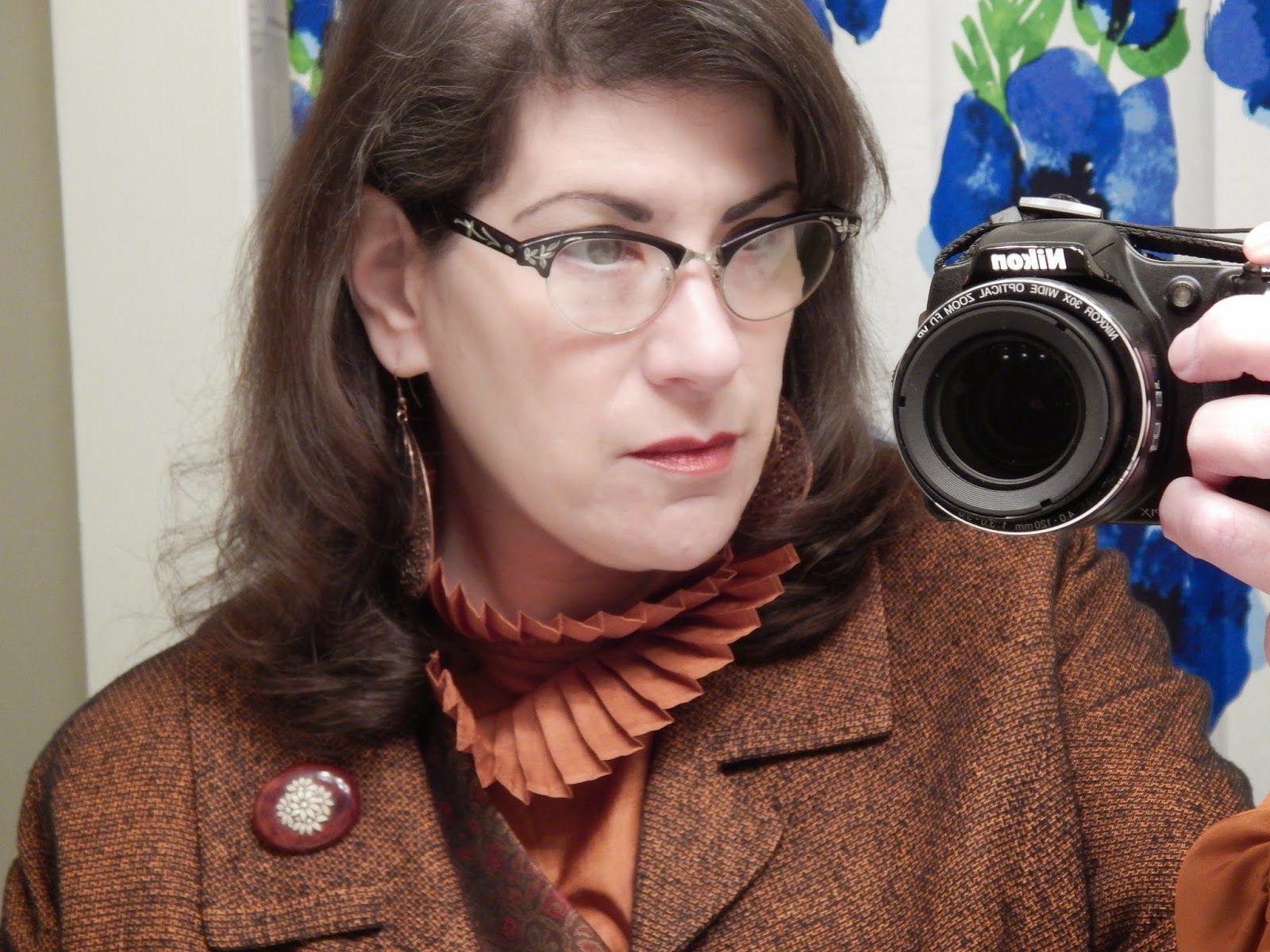 Now that I have you thinking about pumpkins it wouldn't be right to leave without a few recipes, would it?

That IS the perfect jacket!

The blouse is the exact shade of a Crayola copper crayon.

And again, great minds think alike: I'm getting ready to put in lettuce, carrots, cabbage, scallions, and beets. The collards and mustard greens went in last week. It's going to be a brassica-heavy winter.

It's funny how pumpkin is such a sweet thing in the US; I always end up slapping in in curries and tagines! (Got some going in a very garlicky Burmese dish tonight...)

Fabulous moon. And a lovely coppery outfit (I know orange isn't to everyone's taste!) The jacket is gorgeous - it's always great to have a super-reliable piece like that which goes with everything!

Looking grand:) I bet you are digging your new camera! Great fall colors...much better to compare yourself to a wrapped candy than a pumpkin:) A beautiful full moon. You are really good about finding the beauty around you.

That sounds good. For some reason, squash gets the savoury treatment around here, and pumpkin the sweet. I don't know why that is, as you can make a perfectly good pie from squash as well. Tinned pumpkin is a different thing altogether, and really only good for baking sweets (or making a sauce for cheese ravioli). No one in my family will touch pumpkin pie, so I've stopped making it as I don't need an entire pie t myself. Or do I?

I bought some fancy-ass variety of kale, but I don't think I will plant it until spring. I grew collards one year-they took over the garden!

I was thinking you have that beautiful green jacket that goes with everything. Isn't it funny how every wardrobe has that one special item?

I don't know if you're hip to Laurie Colwin's food writing, but her Pumpkin Tian (adapted from a John Thorne recipe) is a great savory dish. I throw a little cornmeal or matzo meal in with the coating flour.
http://www.labellecuisine.com/archives/surprise/Laurie%20Colwin's%20Halloween.htm