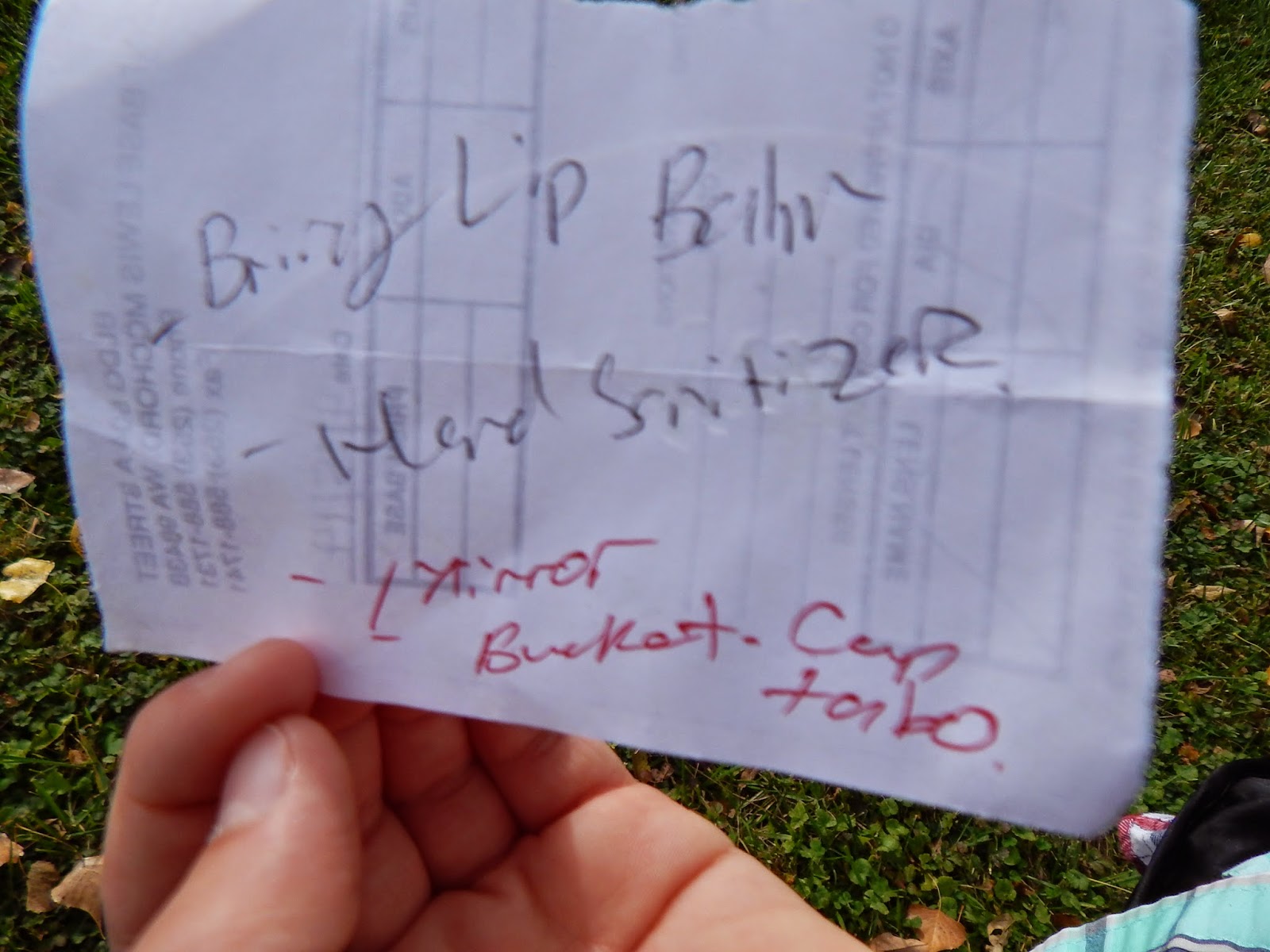 Found this scribbled note in the park today. Lip balm, hand sanitiser, a mirror, and a bucket? Don't you just wonder what they were up to? Must have been an older person, the youngsters just tap their notes into a phone or tablet. 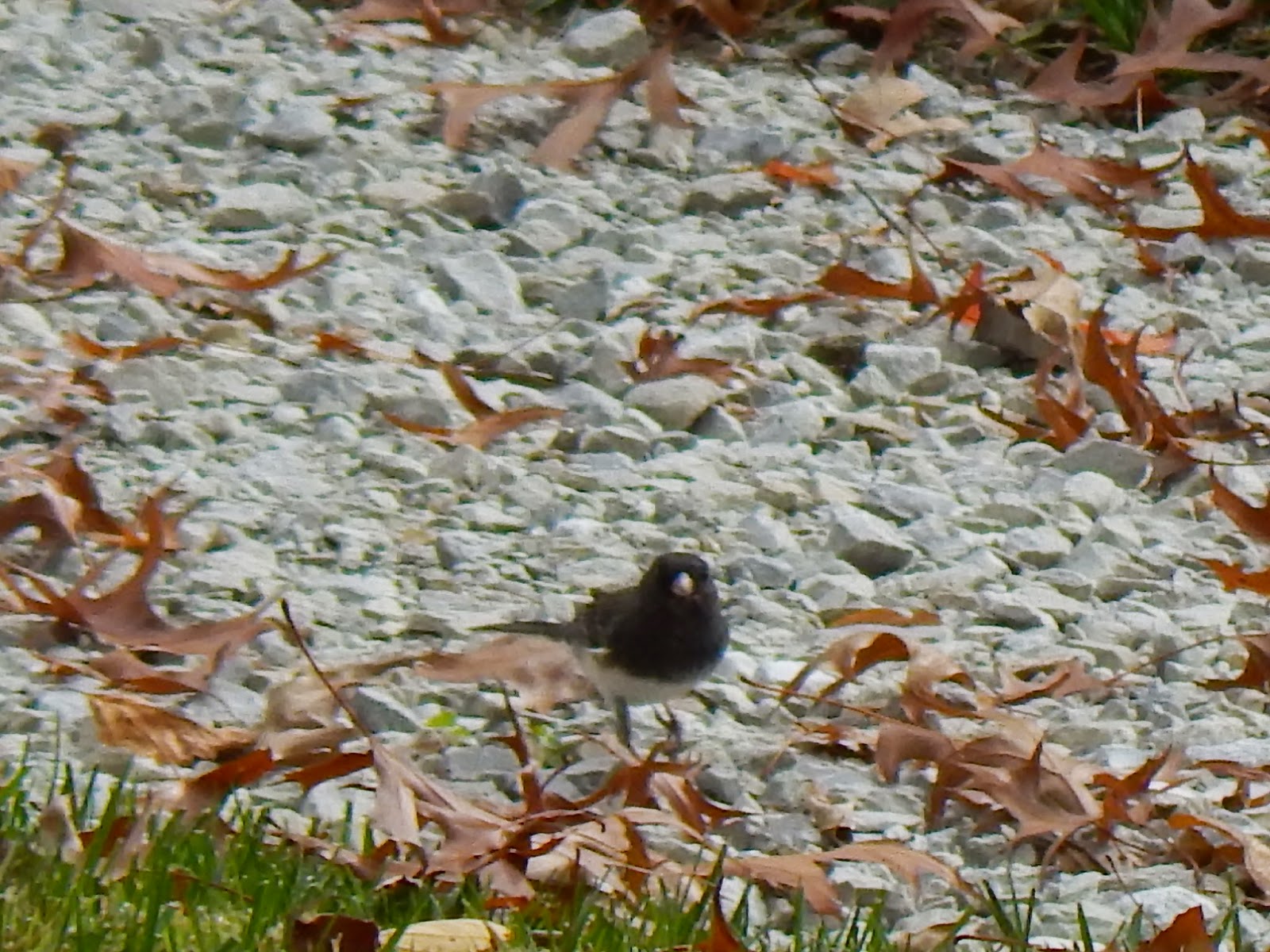 Spotted-the first Dark Eyed Junco of the season. They're winter residents of Nebraska, and there have been scattered sightings around our area, but not in. Today, Danny was finally able to log this fellow into his eBird account. Juncos are very tiny, graceful little birds, and a favourite of many local birders. 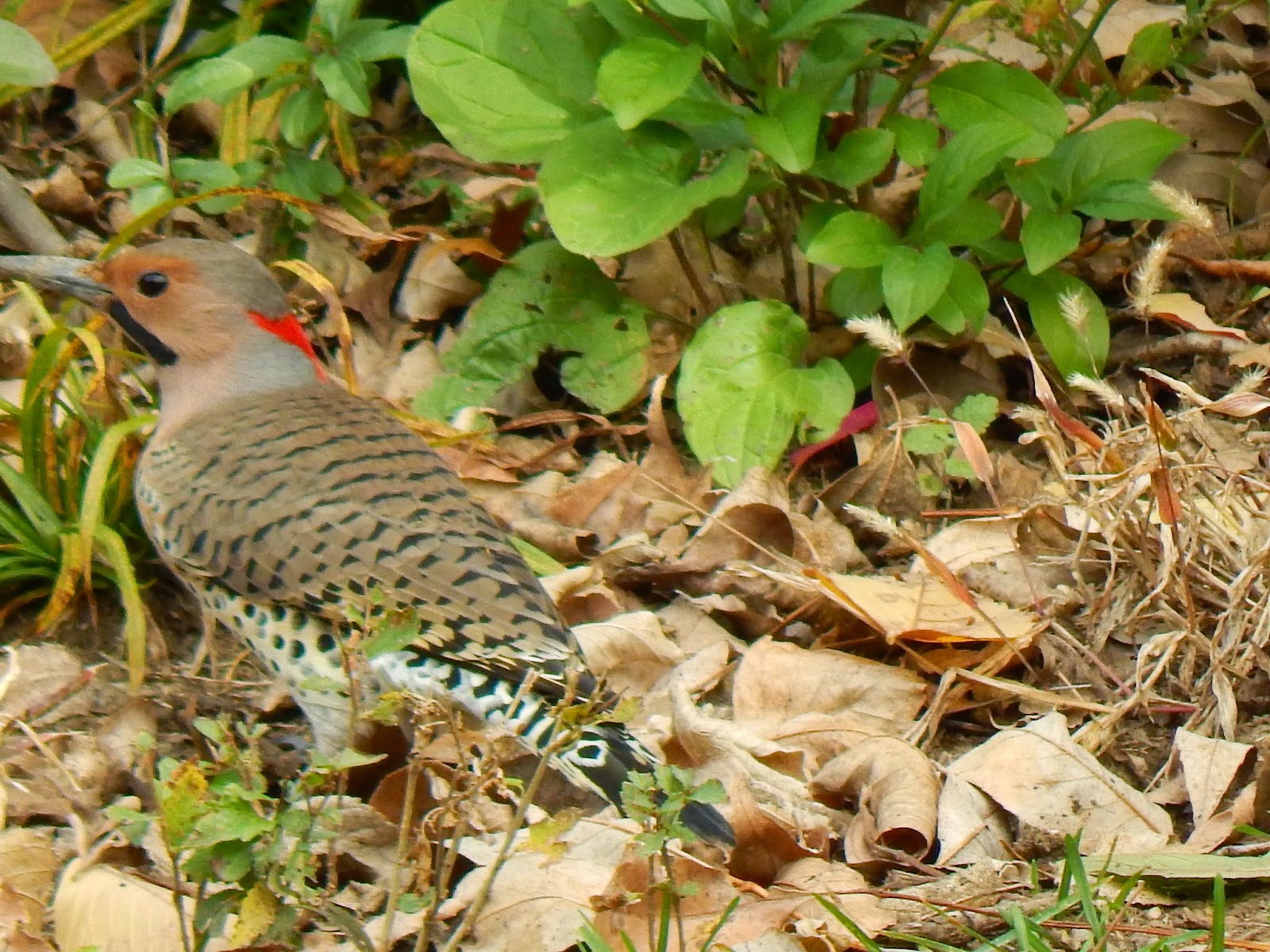 This fellow is a Flicker, in the woodpecker family. In contrast to the Junco, this is a very large bird, that you often notice in flight as a flash of white feathers on the underside. 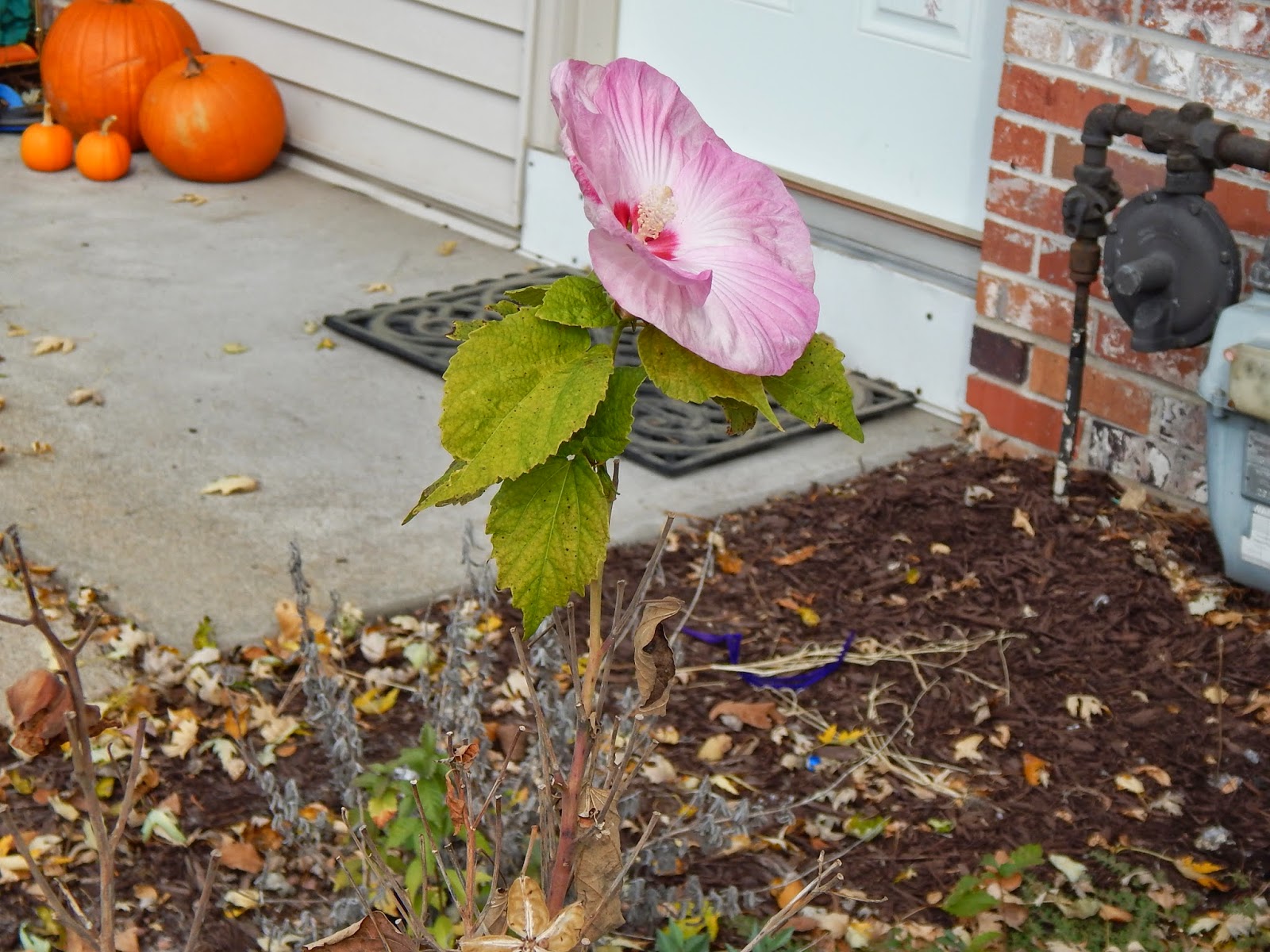 I thought this was impressive-a single bloom on an otherwise gone for the season shrub. That's some determination! 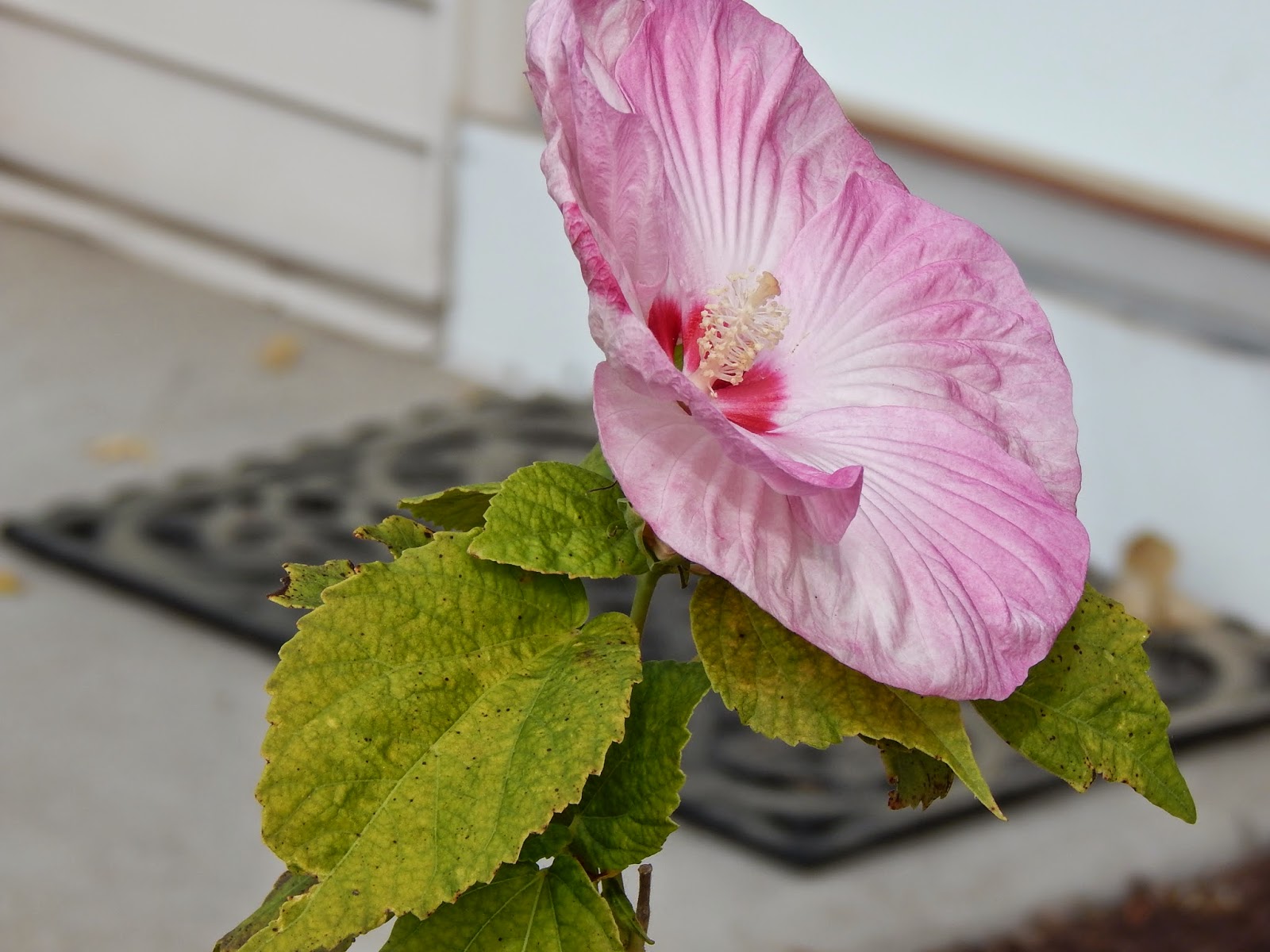 Won't last-our beautiful weather is going away later this week. It had to happen sooner or later. 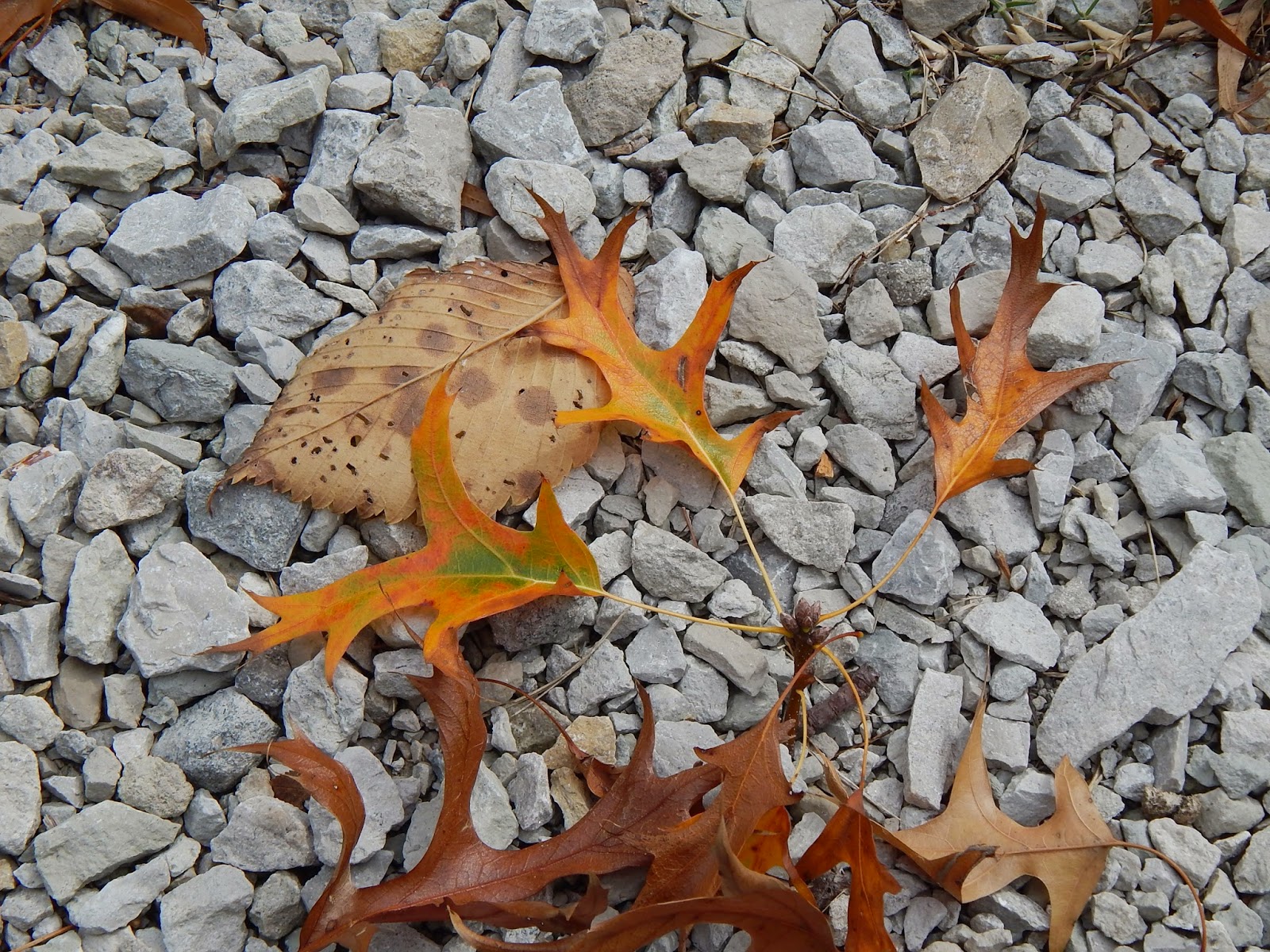 By next week most of these leaves will be on the ground. 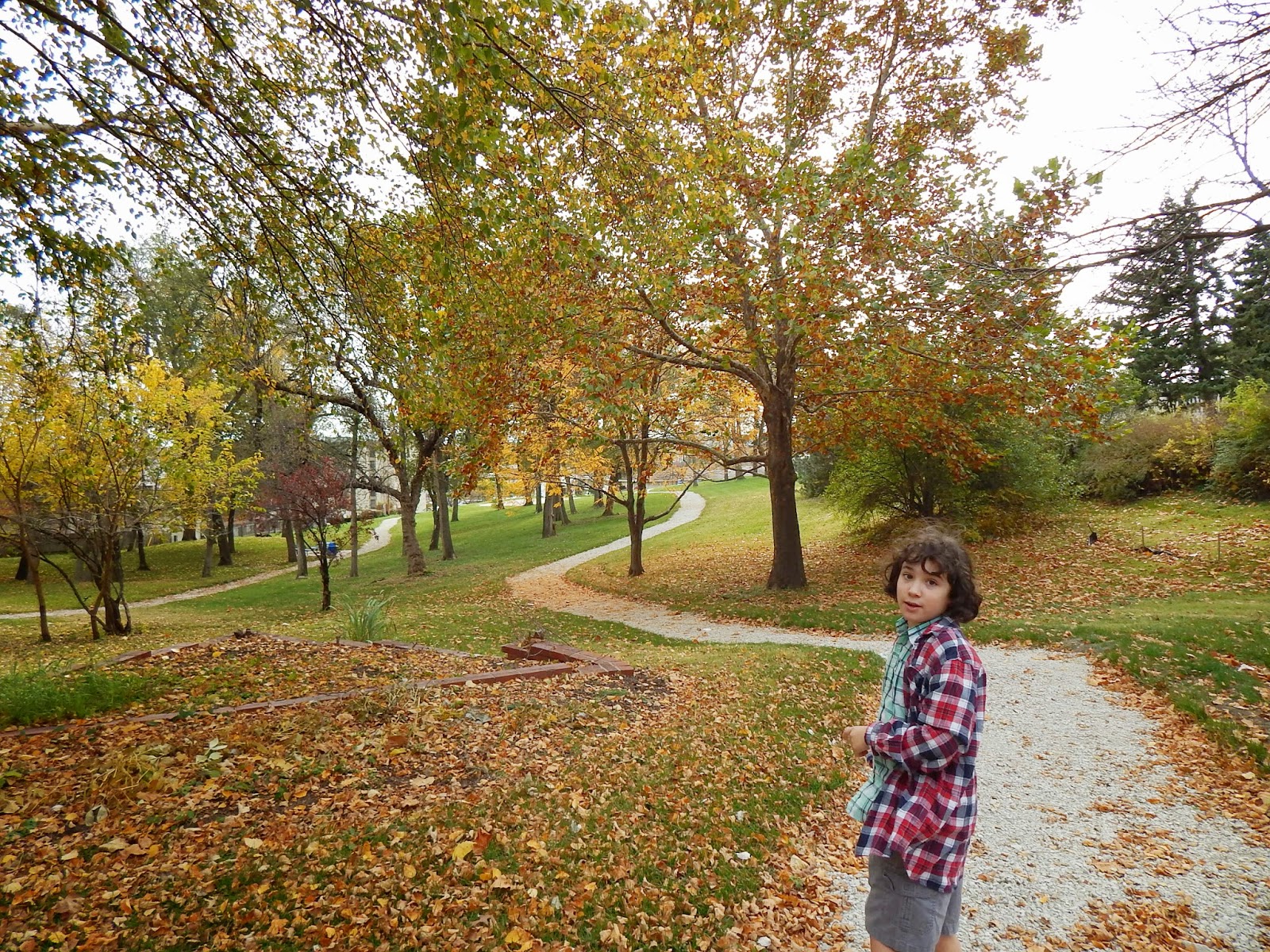 Costumes aren't only permitted, they're encouraged! Do say hello if you see us at either event (we'll be there). 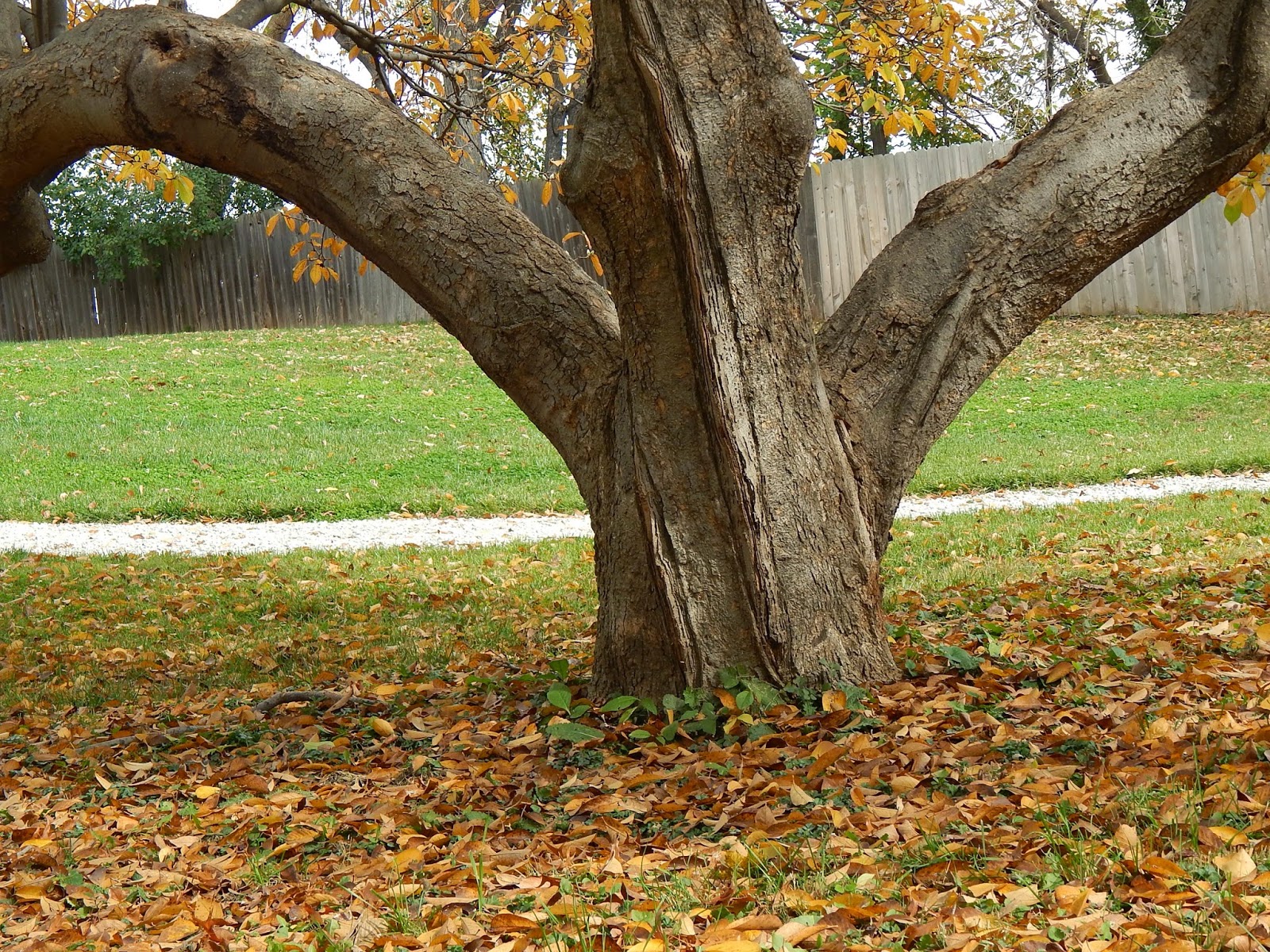 The haunted tree. This park was formerly a grand estate, but the house had to be razed after being left to disrepair after the owner died. The trees, plants, and grapes were all a labour of love for the old woman who I believe has come back to inhabit this tree. If you look closely, you can see her, arms outstretched...she's whispering something. Listen...can you hear it? I can almost make it out...offma...getoffma..getoffofmylawn!

Ah, a woman after my own heart.

I LOVE that tree and I so heard it say get off my lawn!!!

i reckon they were on their way to Glastonbury - that's all the essentials right there! I've been reading about e-bird, one of the jobs i've been applying for is co-ordinating our schools phenology project. Good to know Danny's a 'citizen scientist" x

Cornell Ornithology has great stuff for kids including the Great Backyard Bird Count, and Nest Watch. Danny's done eBird for a few years now, but he's less enthusiastic about the programmes through the Audubon society. I think it comes down to a conflict between conservationists and hobbyists. Anyway, kids seem to like it, and there's local monitors in place to make sure no one enters a flock of Dodos to screw things up.