Must be March in Nebraska 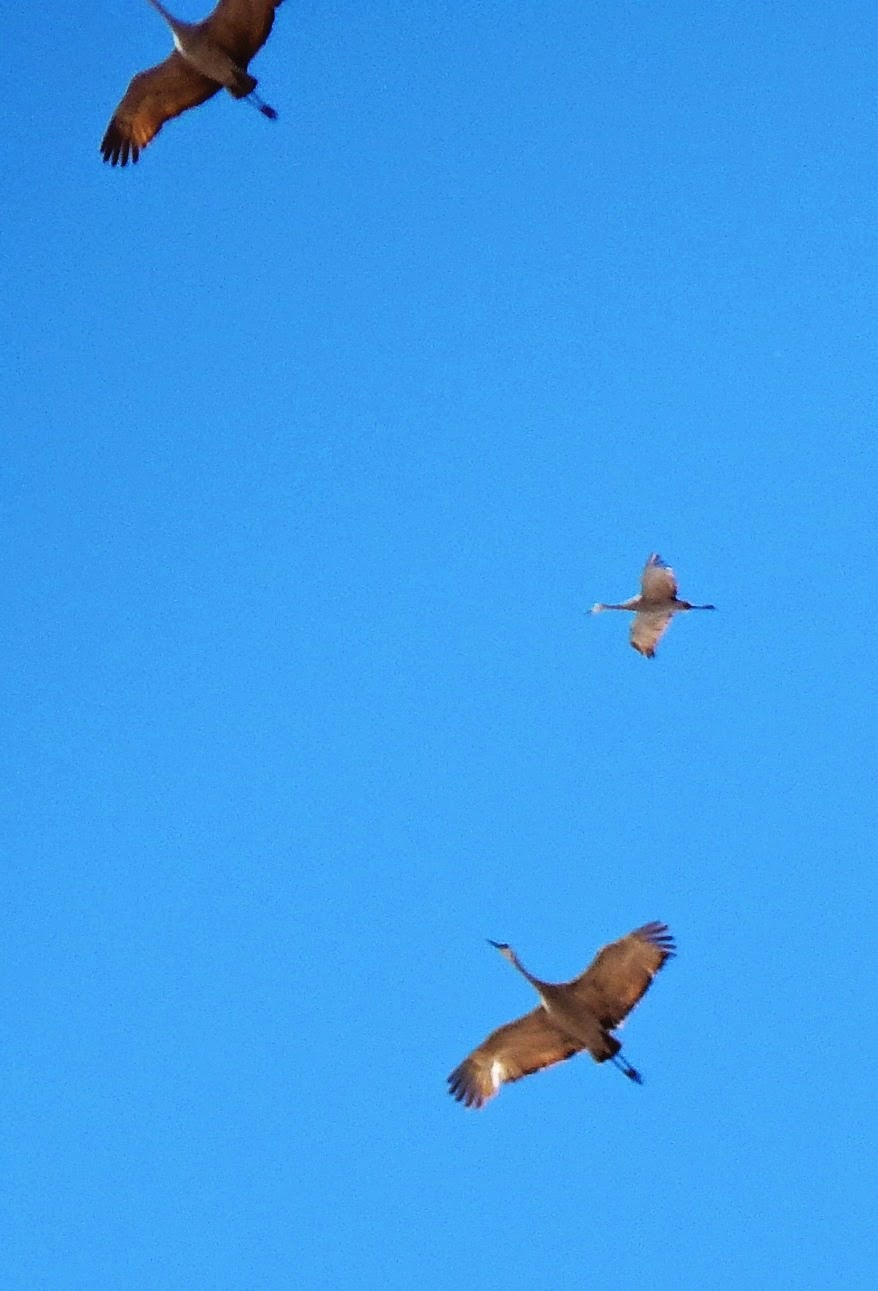 Hundreds of thousands of Sandhills Cranes migrate through Nebraska each year on their way to the nesting grounds in Canada. Feeding on the remains of last year's corn harvest in fields, and taking advantage of the Platte River, the month of March is filled with the sound of Sandhill Cranes. Around the second week of April, the Whooping Cranes pass through, but in far smaller numbers. 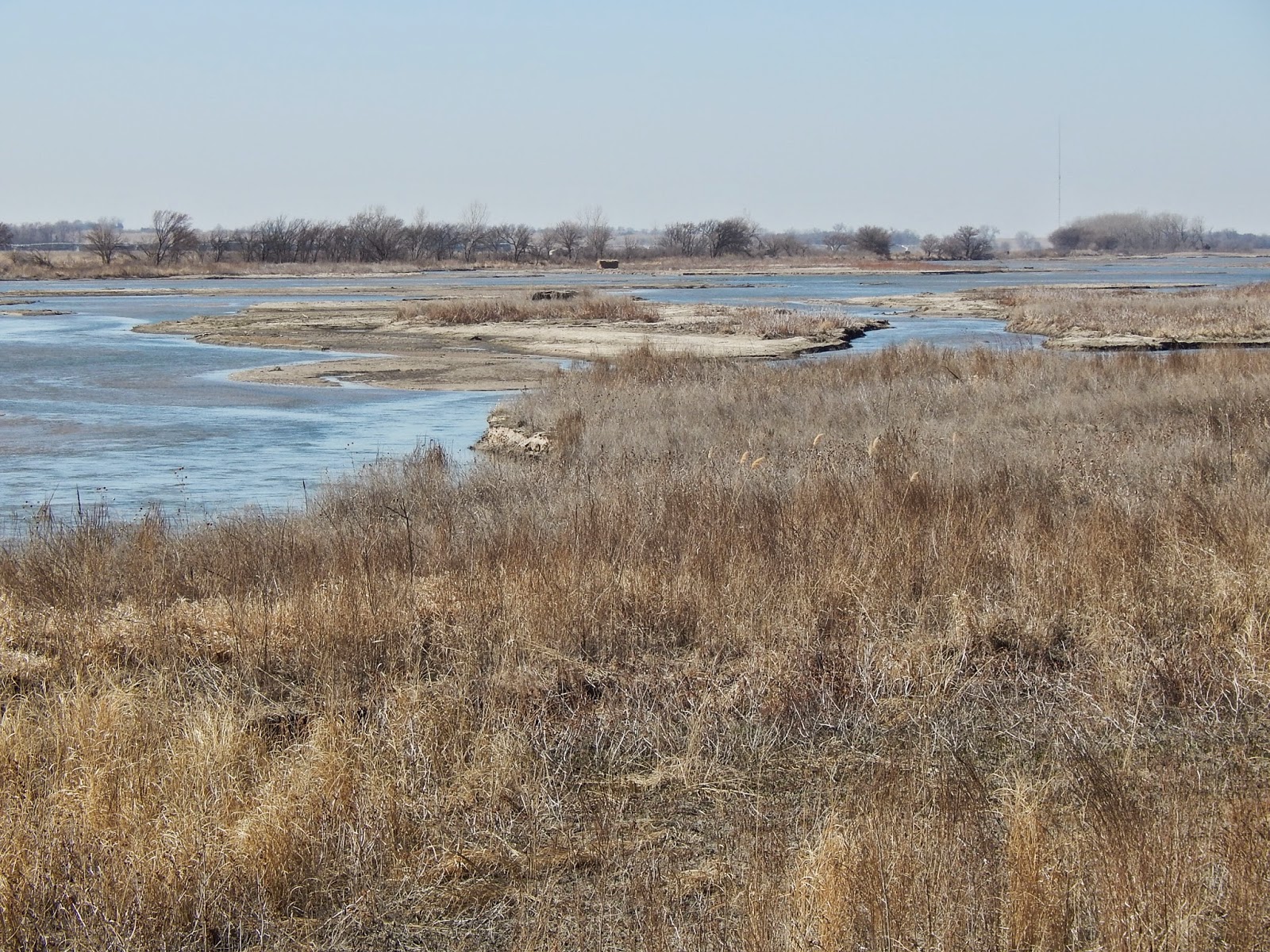 That's like a resort for cranes out there. We were there late morning through late afternoon before starting the long drive back, but at dawn and dusk it is possible to see all of this area covered in cranes. 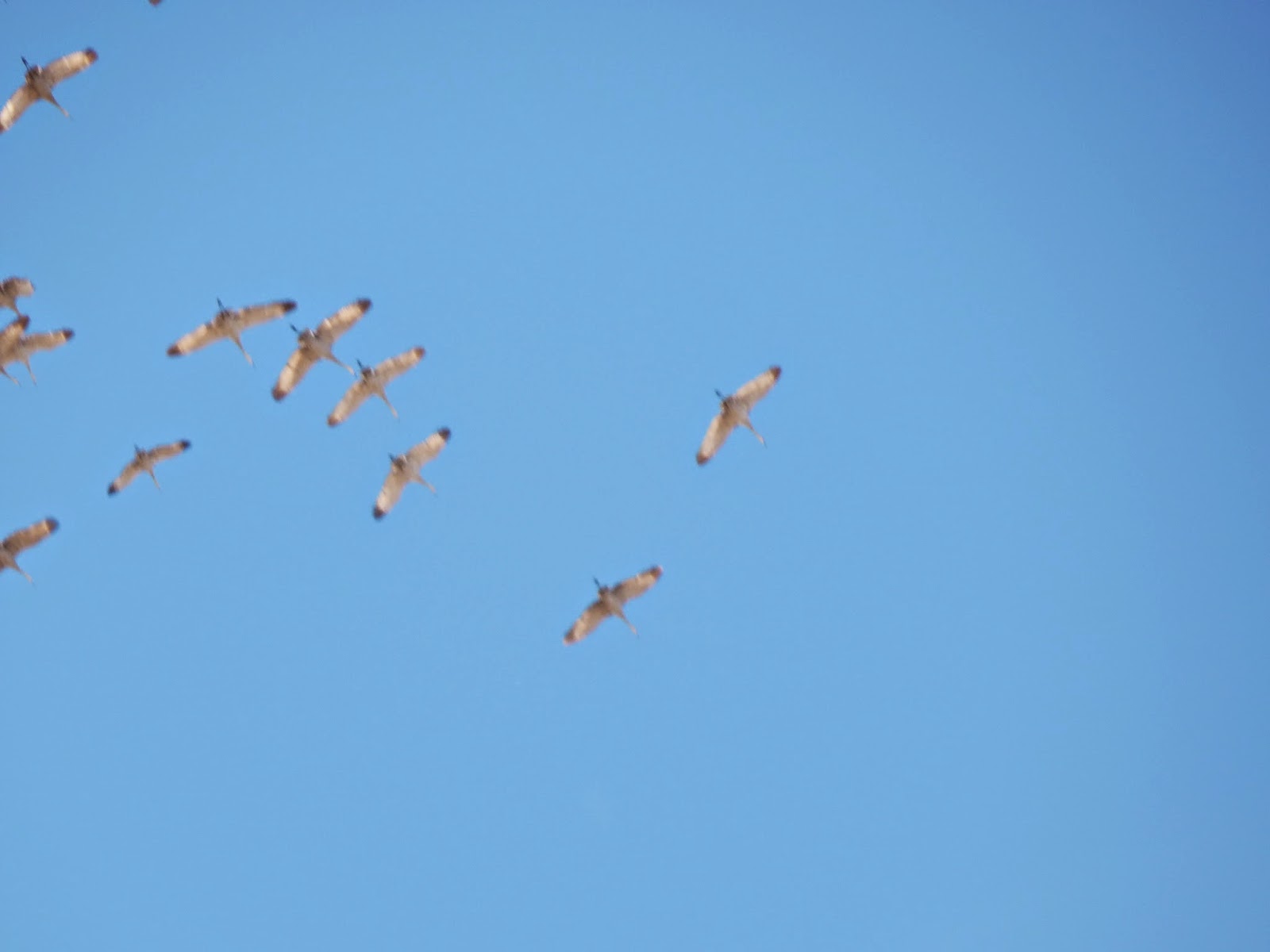 Halfway across the state, we kept running into people we knew. "There's Danny" was an oft heard exclamation from the other side of an observation bridge. We stopped at the visitor's centre... 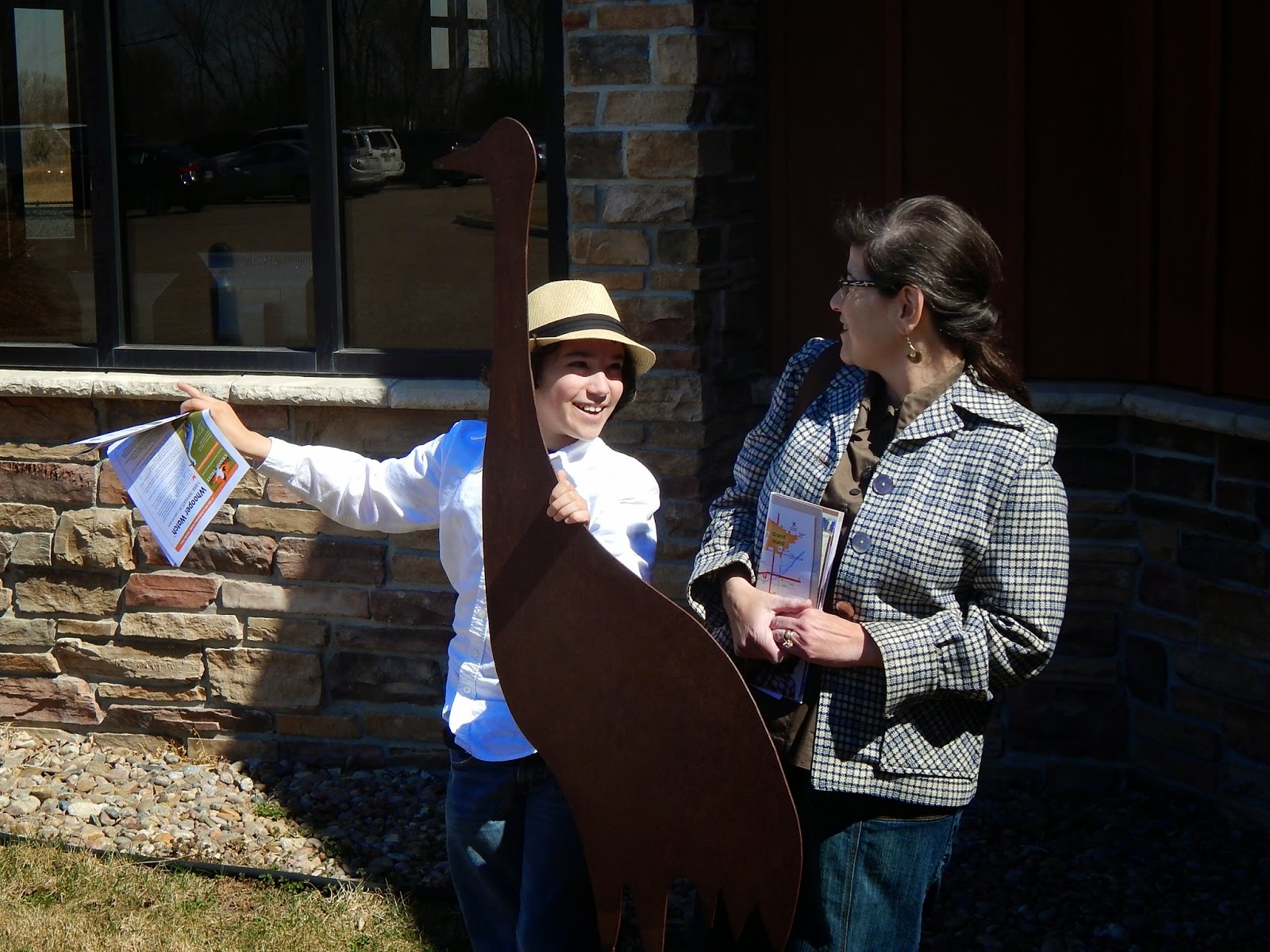 ...to use the facilities. 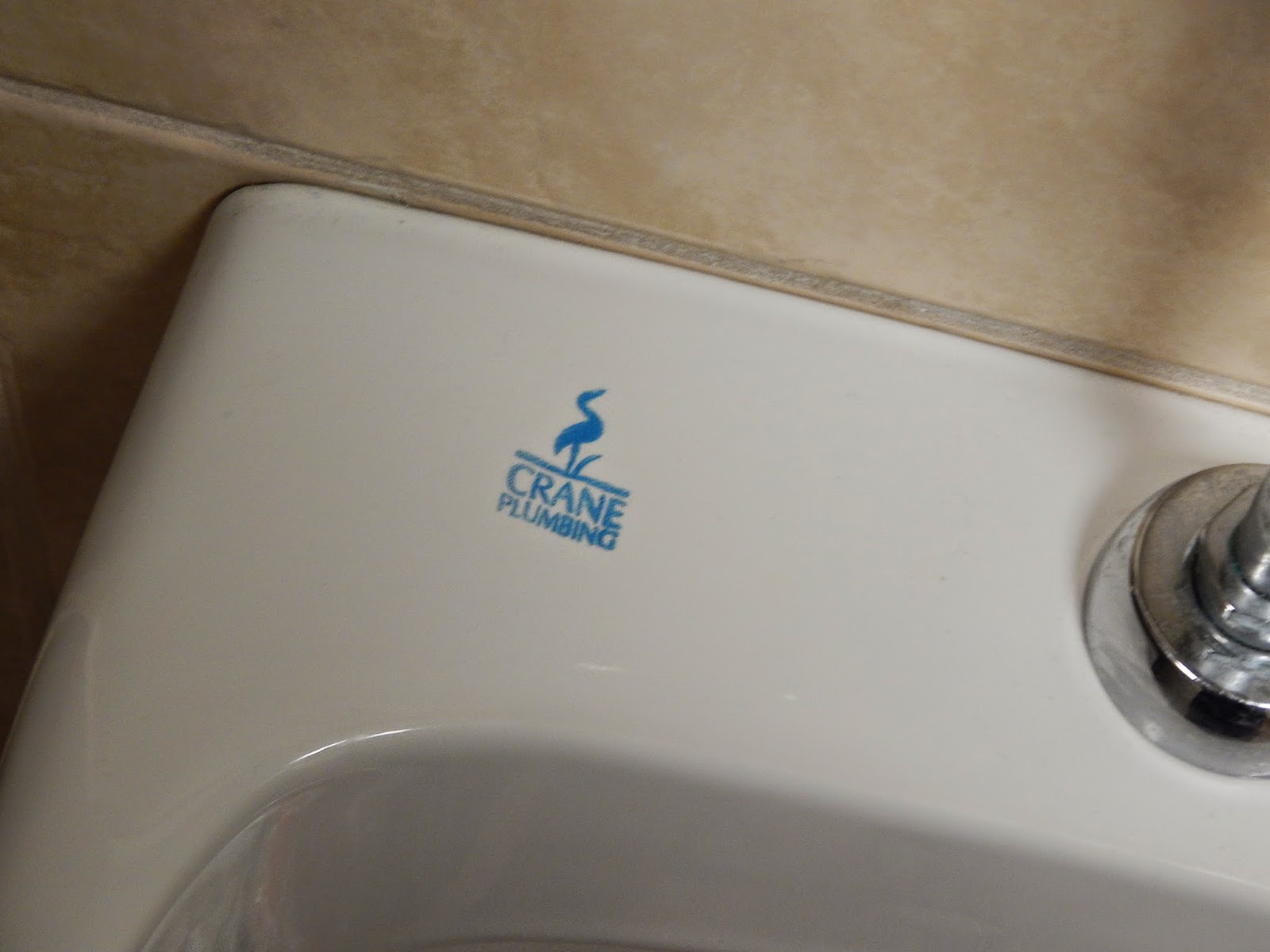 Yep, they have Crane Plumbing! I'm sure they didn't randomly select Crane when installing the toilets. That was just too funny. 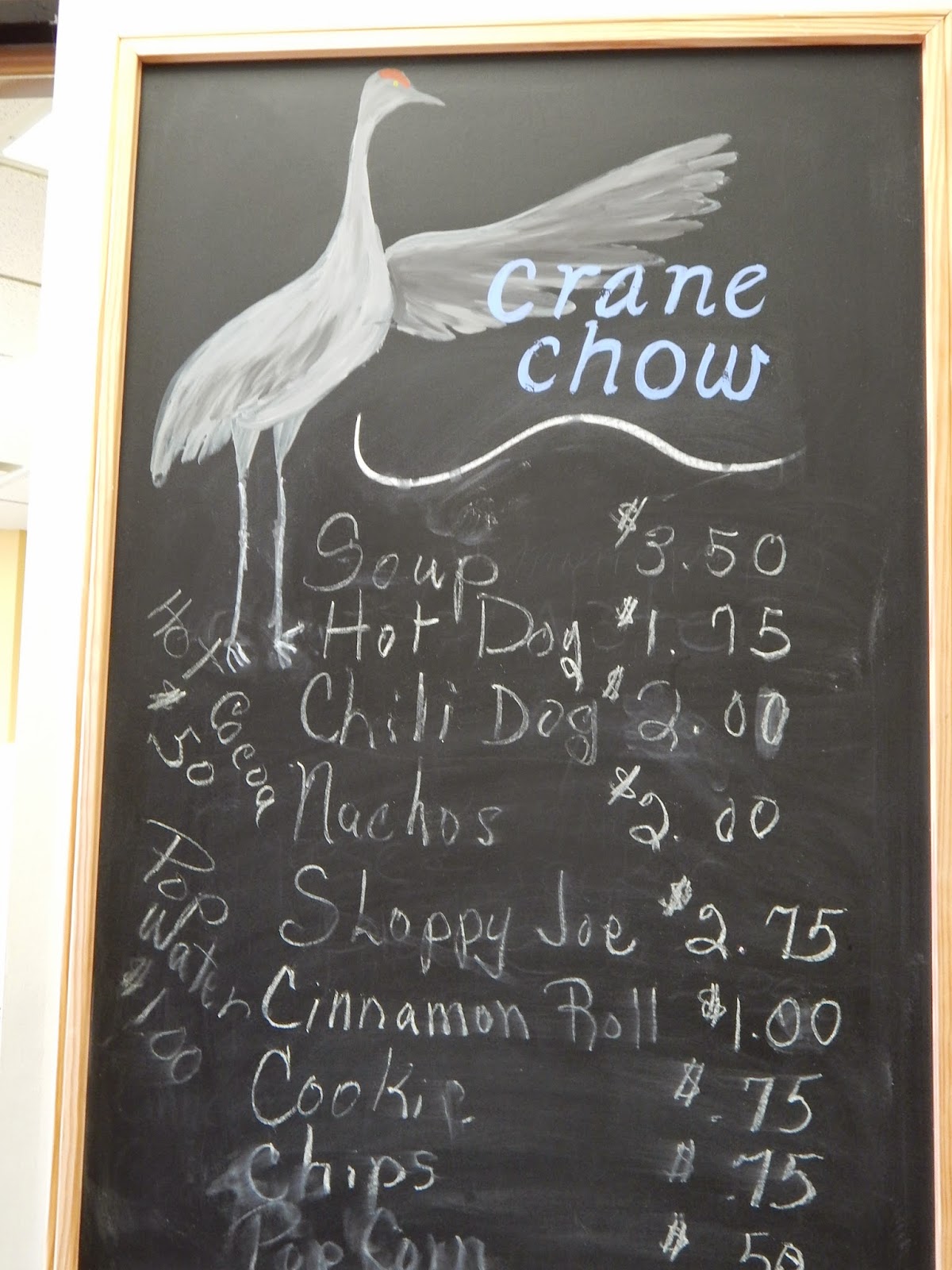 Mr. ETB sampled a couple hot dogs which were really more of a quality sausage than what we typically think of as a hot dog. That was the bargain of the day. 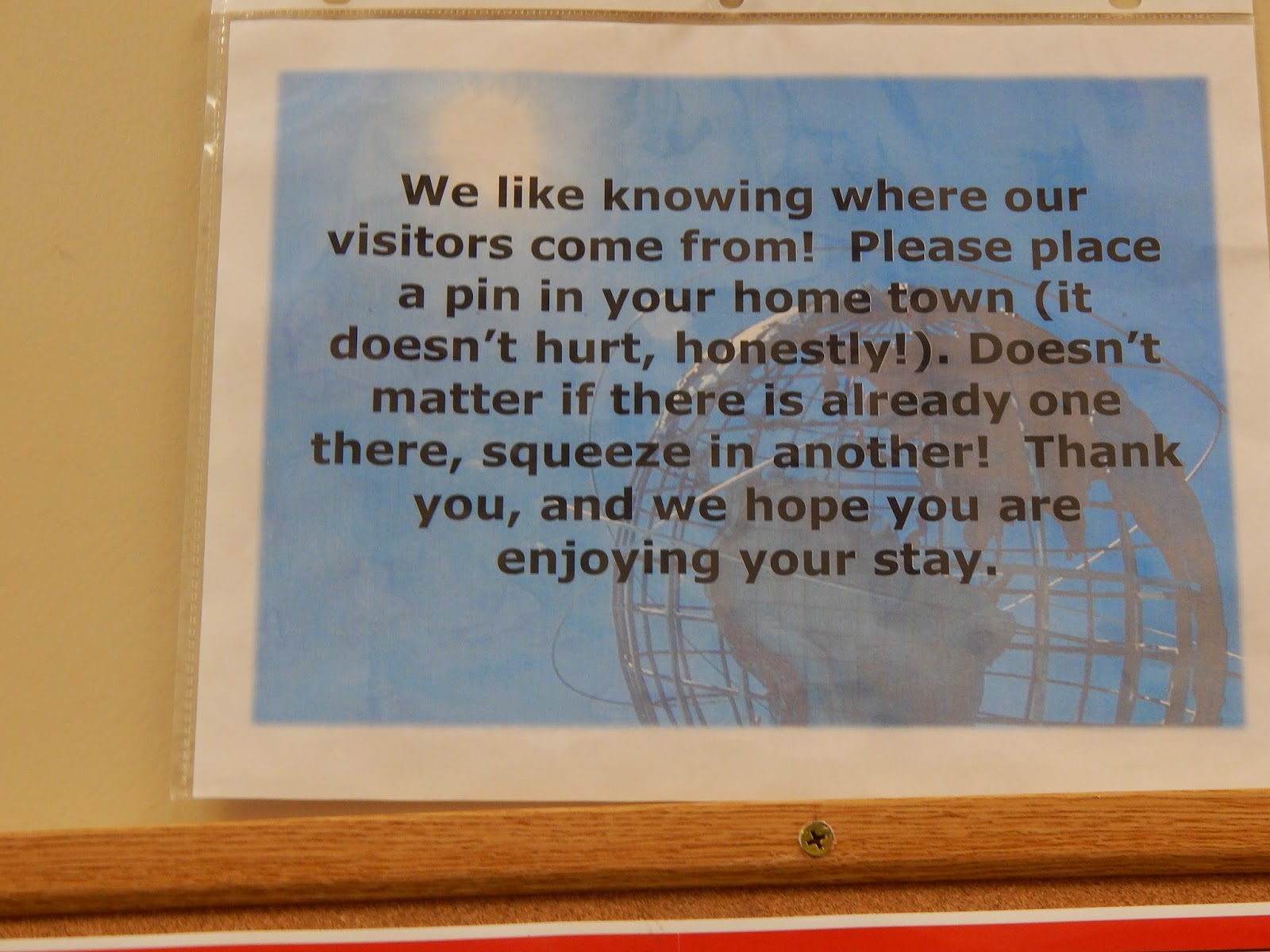 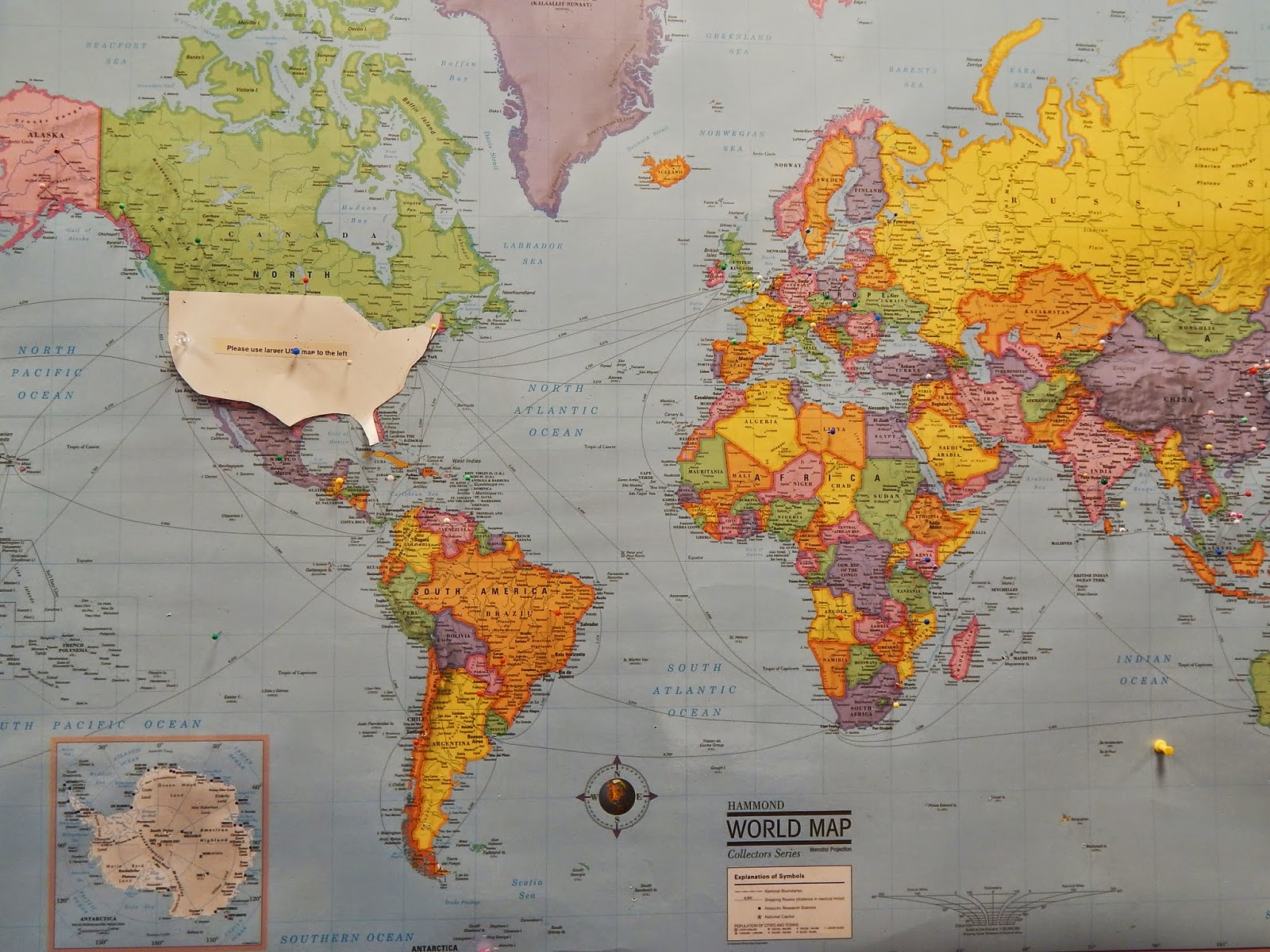 As the migration reaches the peak next week, this map will be covered with pins. 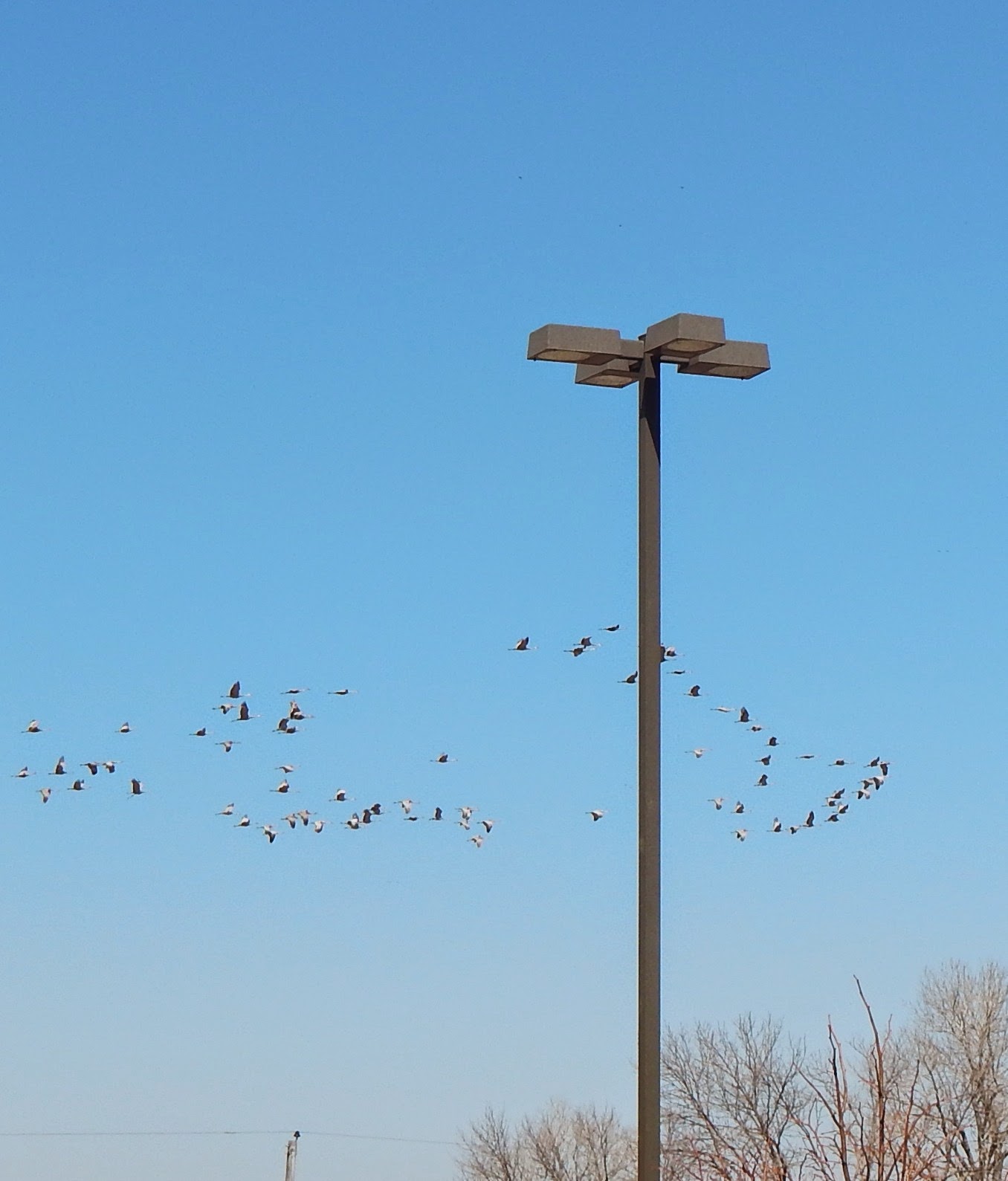 It wasn't all cranes though. We spotted this Kingfisher sitting on a power line beside the river. 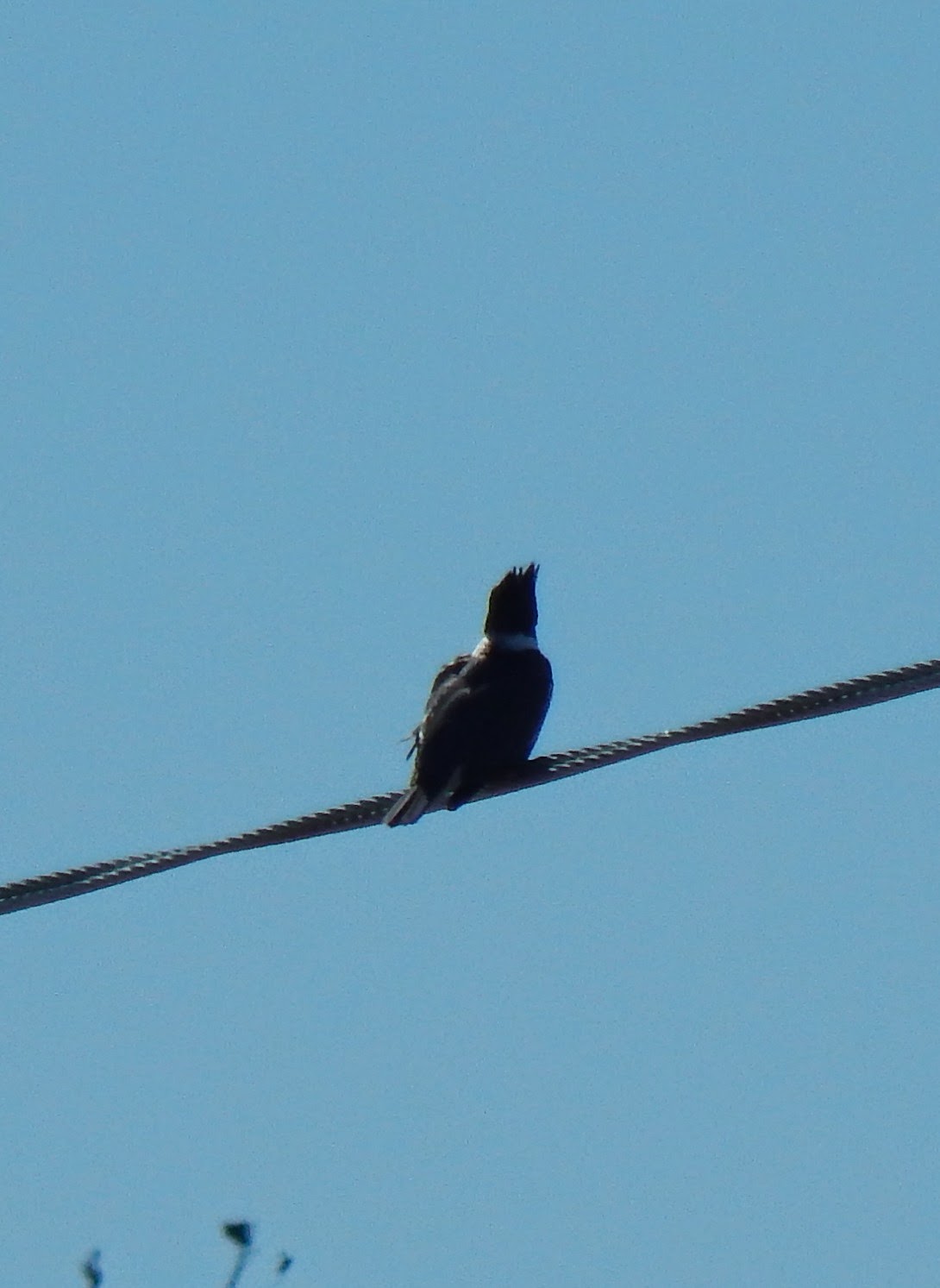 And these snakes emerging from a winter den. 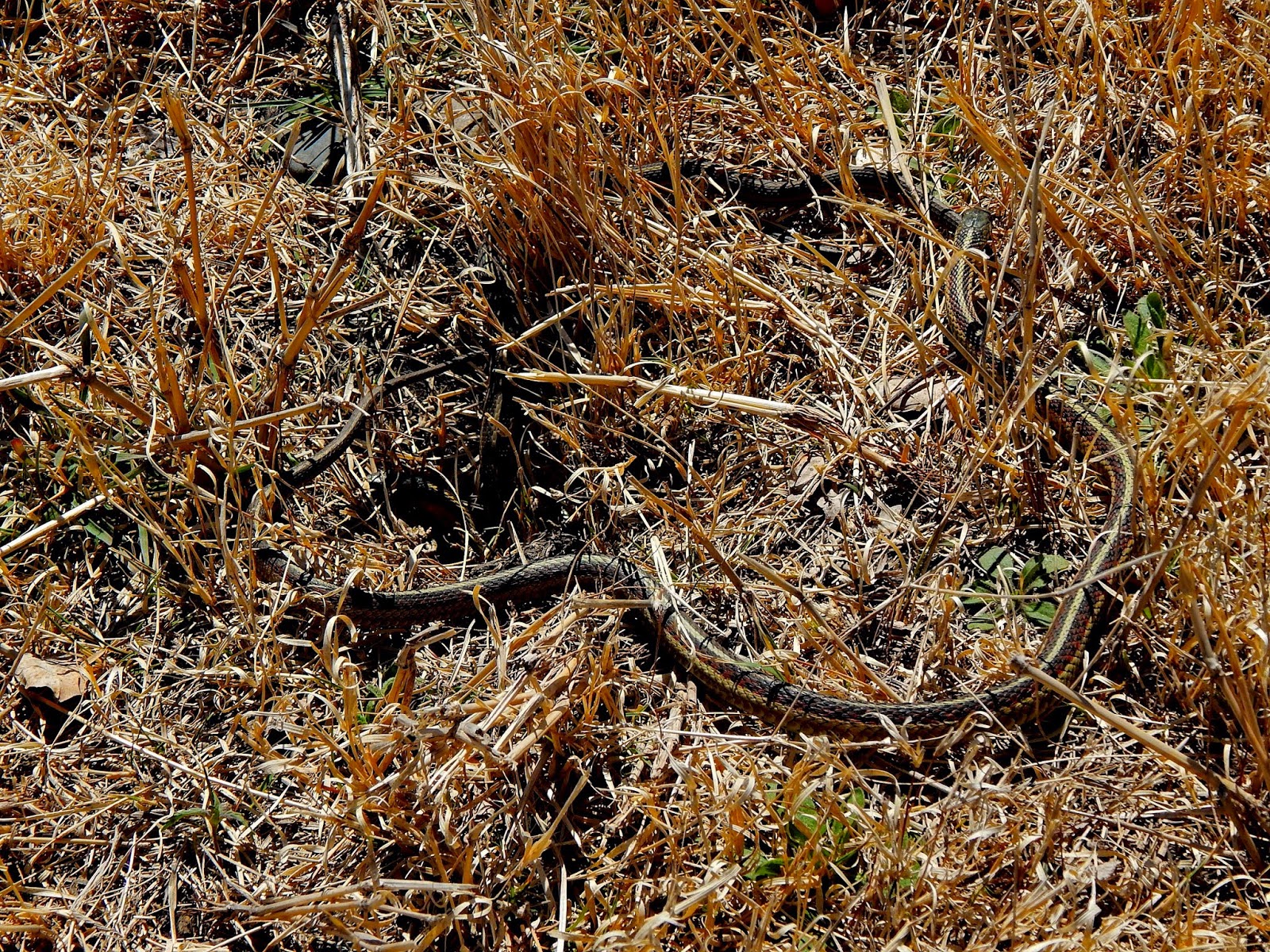 There were a lot of baby snakes. They'd better watch out-cranes eat snakes. 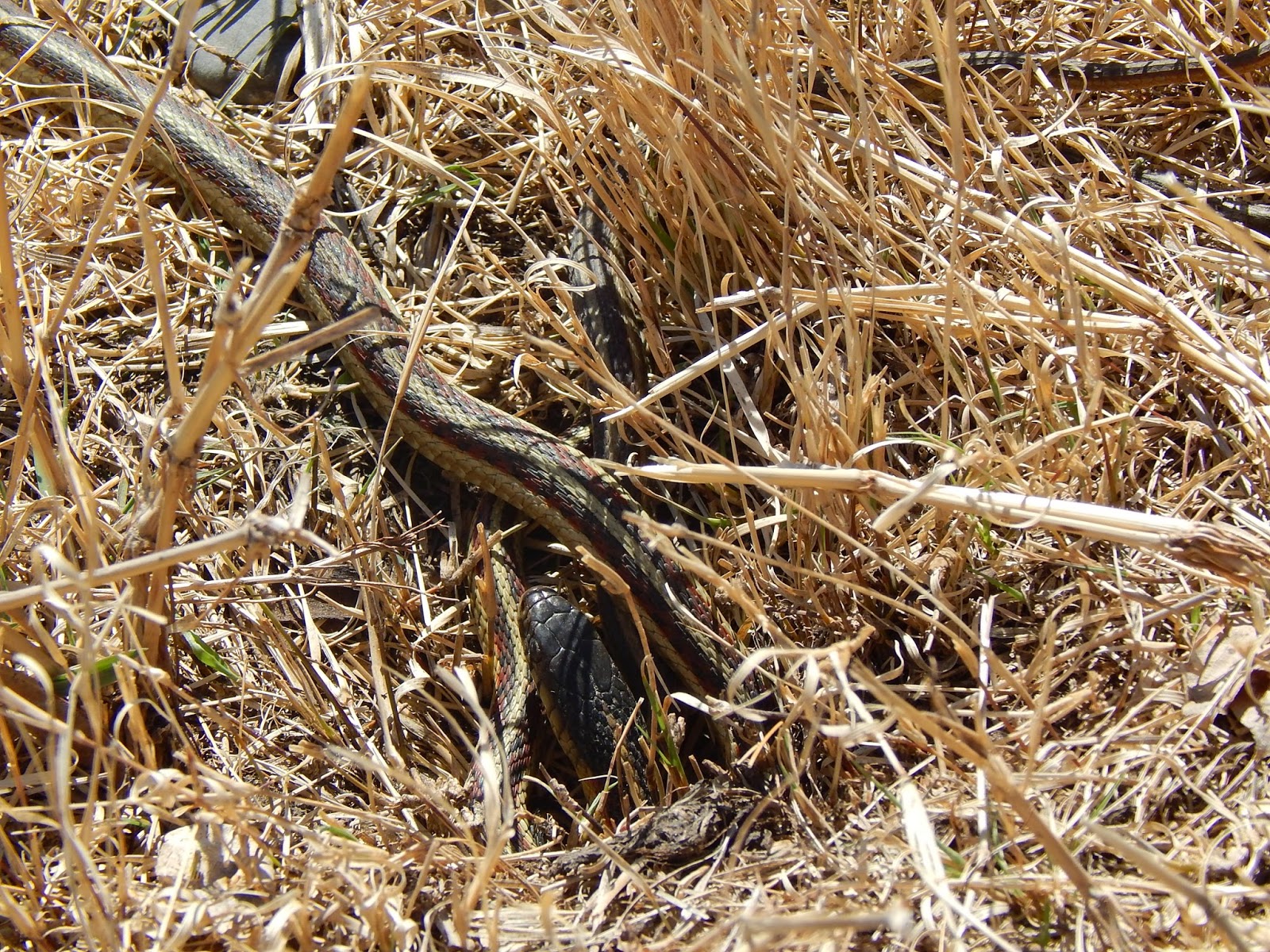 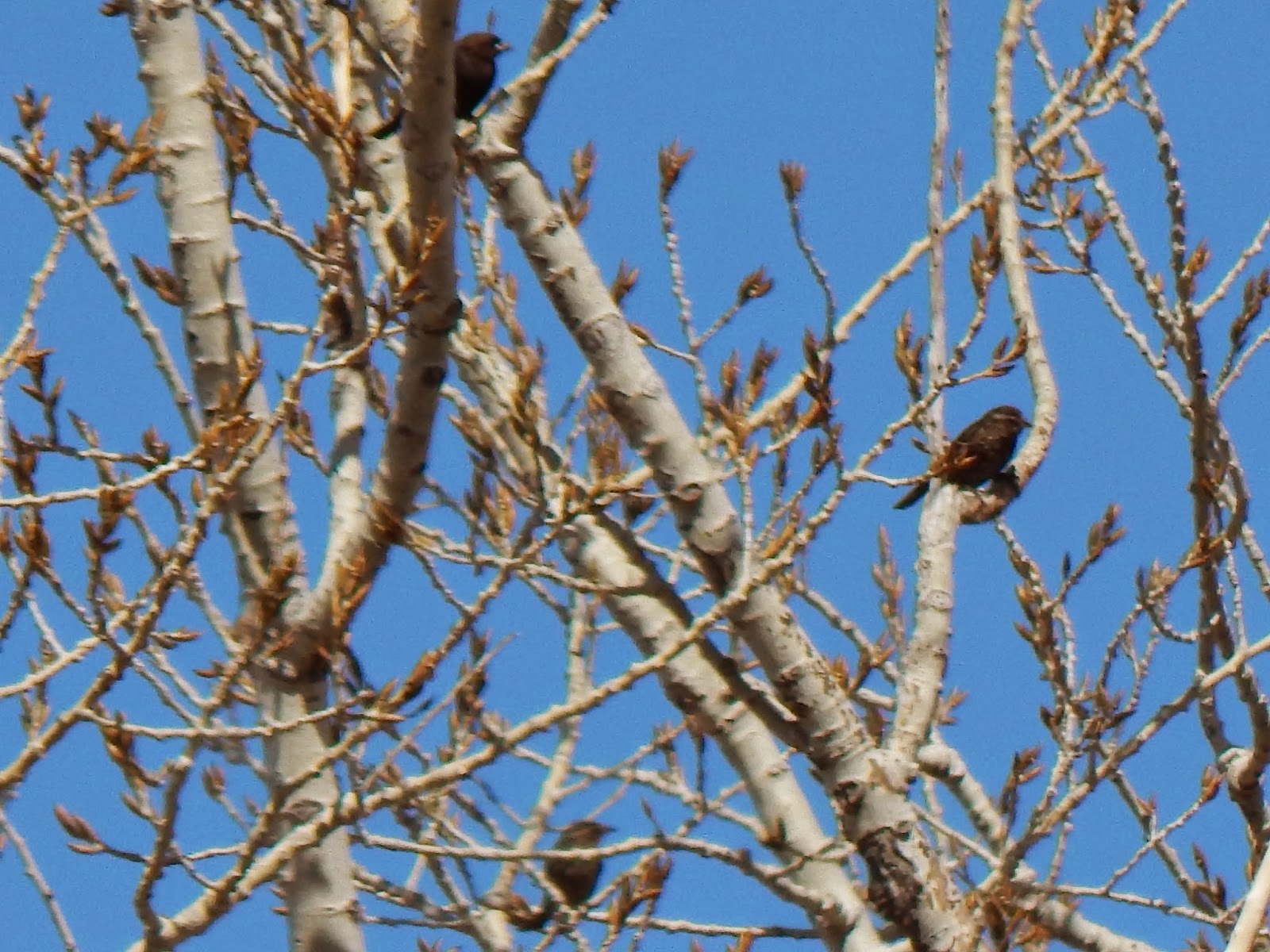 ...and sometimes songbirds, but Whooping cranes are the serious birdie eaters. 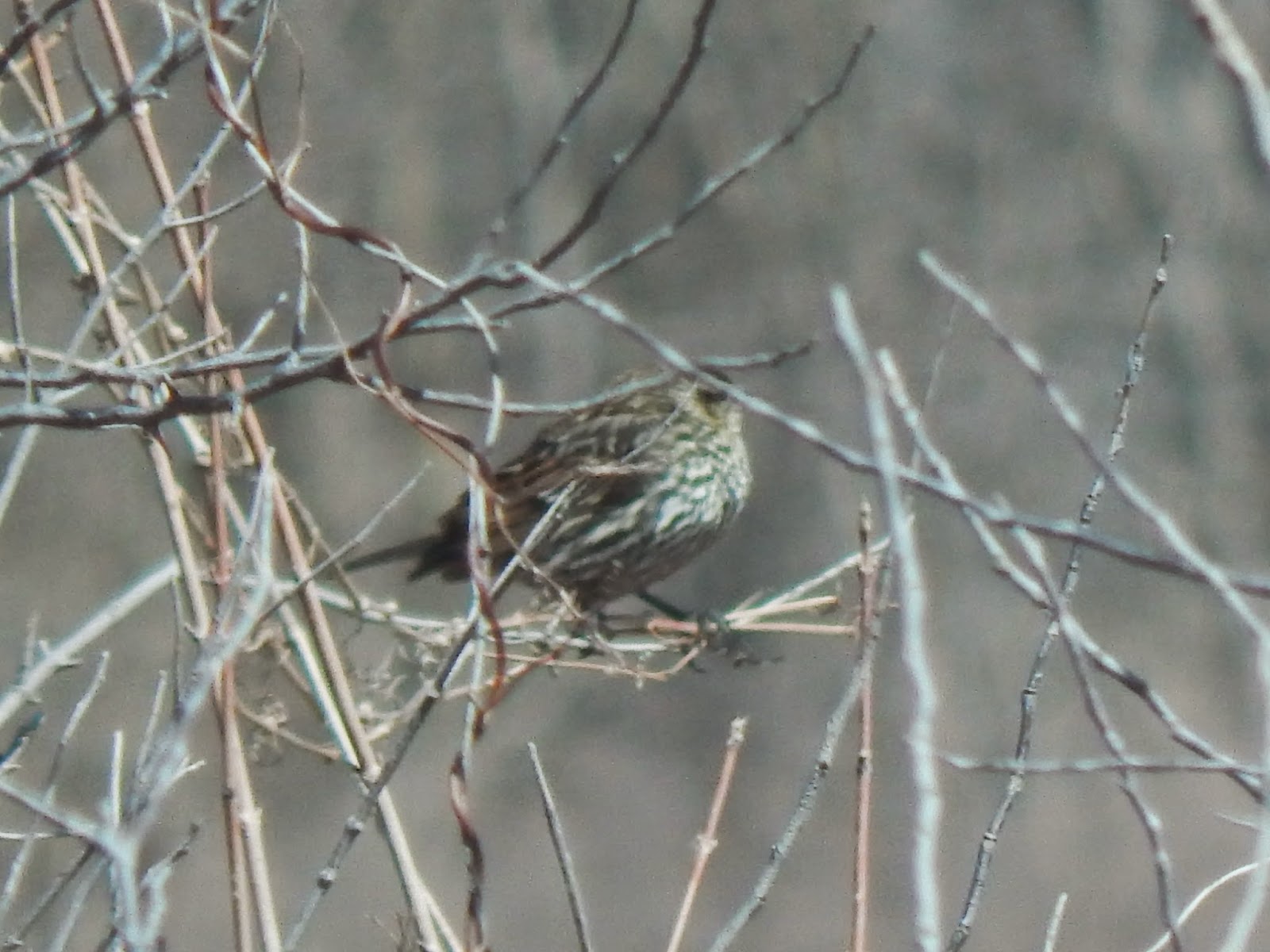 These cranes are feeding before flying north. 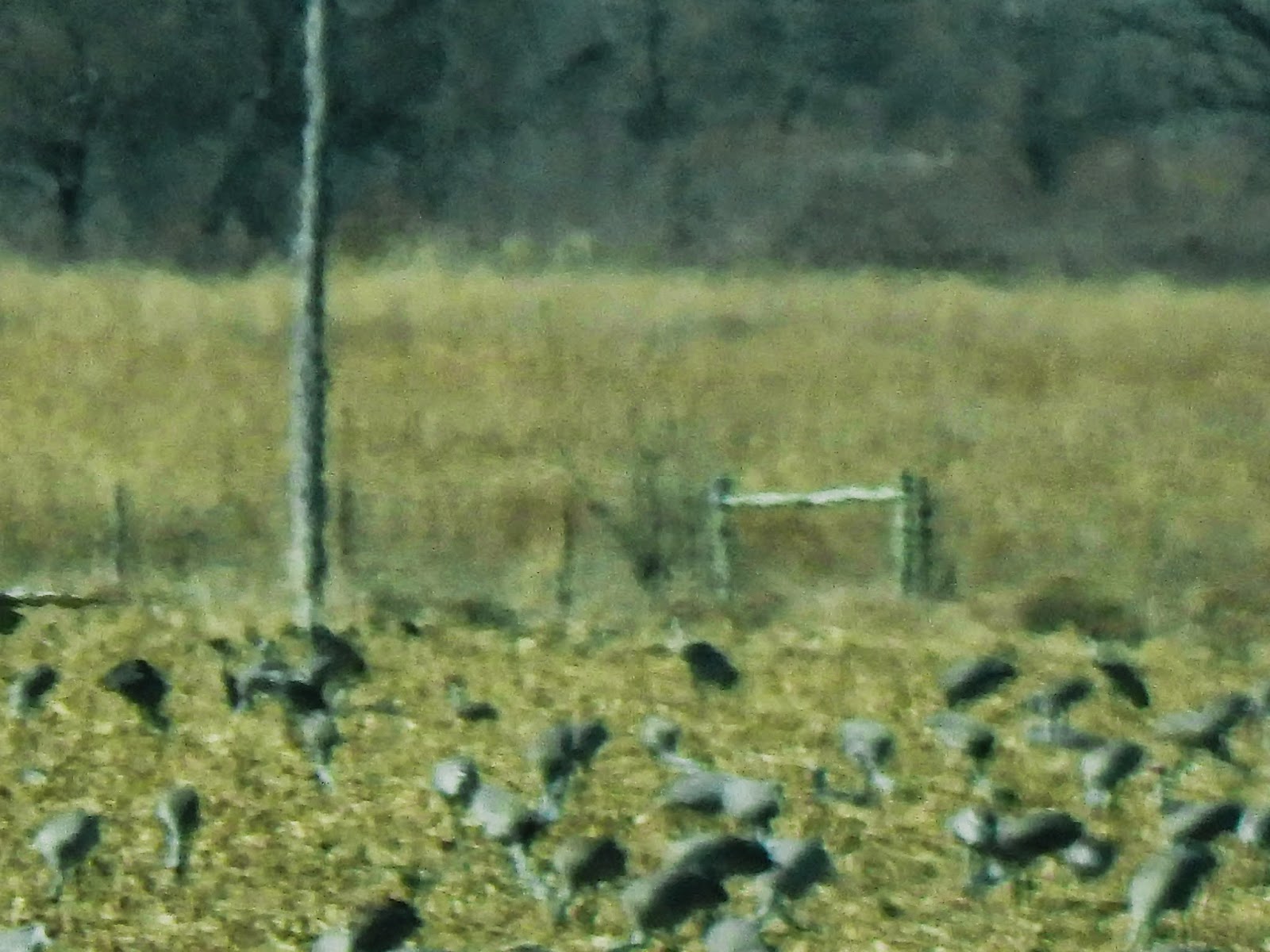 I have a bit of a sound clip, but you'll have to listen carefully to hear the cranes. I apologise-my camera's sound just wasn't up to the job. At first you hear wind, but at the very end of the clip you can hear the cranes-turn it up to full volume-frighten your co-workers!


Finally, it was time to make the long drive home. We spotted this creative bit of punctuation at a gas station in Seward. 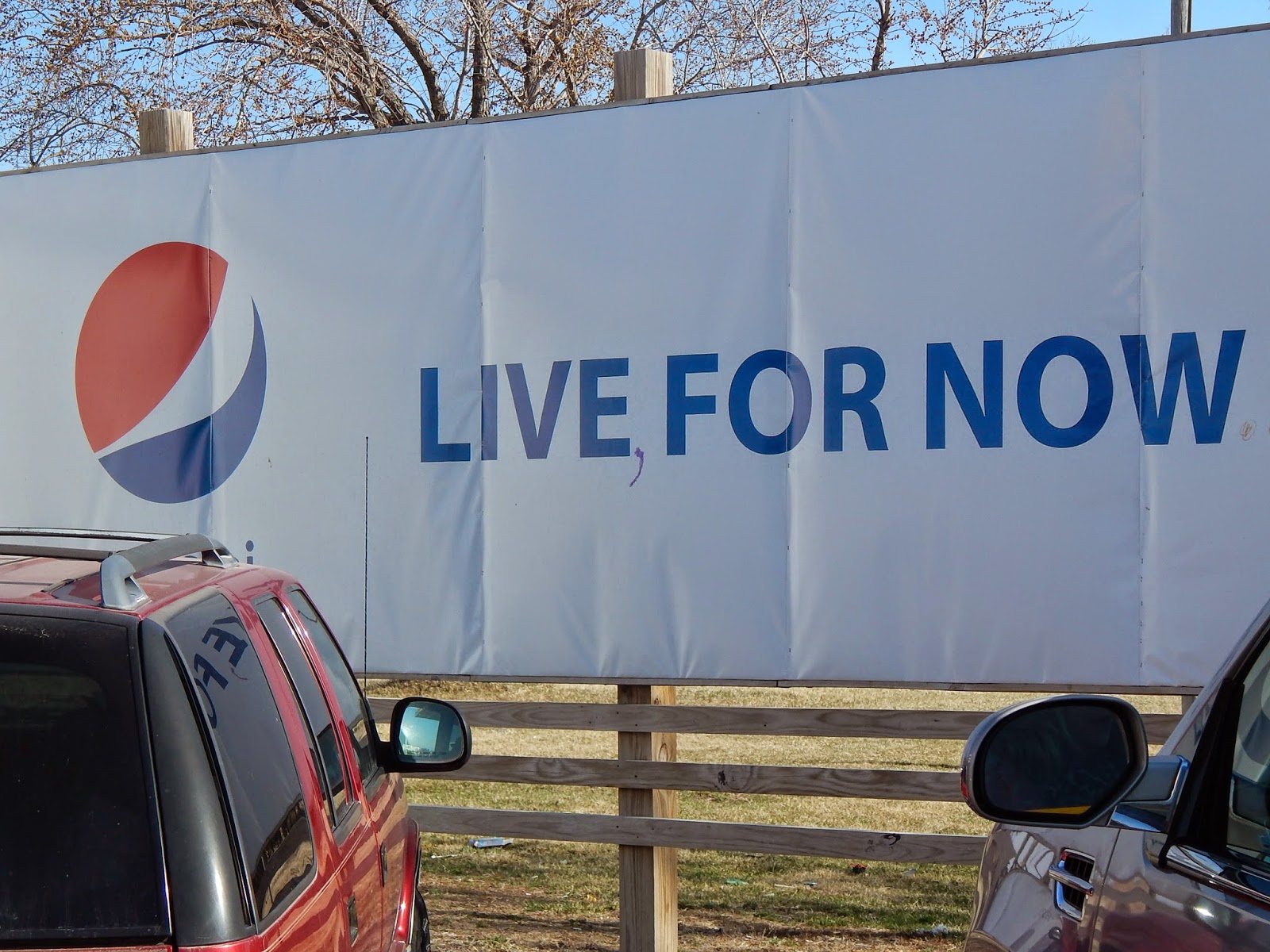 There was a teenager with a bulls-eye tattooed on his neck nearby (we'd spotted him at an earlier stop in York as well) hanging around the billboard. I think this was his handiwork. 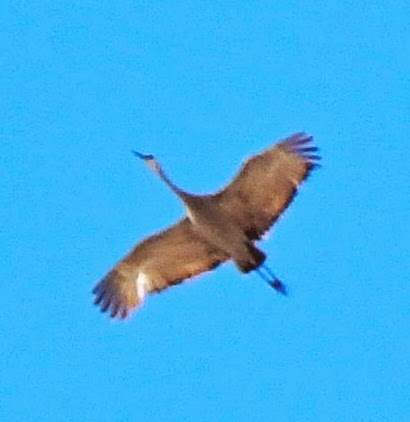 I was enjoying reading and looking at the pics on the cranes and then you mentioned SNAKES!!! We don't get snakes in NZ, thankfully, not sure I could cope with the slithering things. Beautiful day out, how blue was the sky.

Once upon a time...friends and I made the pilgrimage to the Hoosier Crane Refuge. Using binoculars, we viewed a number of feathered lumps in a field from a platform and read the script boards. Then we paused at a diner (a REAL diner) for coffee and homemade apple pie.

"So how's business?" A sweet man among us, a world traveler and exceedingly successful business man, gently investigated the state of things at the diner. He offered the obviously frazzled owner suggestions. She gratefully offered us directions to...a farmstead down the road, where there were sandhill cranes lounging in the barnyard beside two very bored horses, cranes strolling in the front yard barely avoiding the farmer in a feed cap riding his roaring lawn mower, and cranes noshing in the flower beds alongside porch steps on which an ancient dog was dozing.

Methinks there's always a backstage area the tourists don't get to see!

@Sue
No snakes? Goodness, what do your outdoor cats eat when they tire of mice? We used to watch the farm cats bite the head off a snake, and then slurp it up like a noodle. We'd find decapitated snakes all over the lawn each spring.

@Beth Waltz
Yep, that sounds consistent with what we've seen.I wasn't aware of the migration that far East (please don't tell Danny or he'll want to go next year). The best crane viewing yesterday was in the middle of some farmer's un-ploughed field that wasn't on any tour maps.

We lived for years beside a restored wetland (oh, the mosquitoes were horrible), and would routinely come home to find plovers, egrets, and the like frolicking in the gravel drive. And of course, the snow geese settling in each evening during migration. Sometimes we'd see birders wading out into the marsh and think we should just invite them to sit on the porch, and take it all in from a comfortable spot. I think that was where Danny developed the birding fascination just from being in the path of everything from trumpeter swans to pelicans.