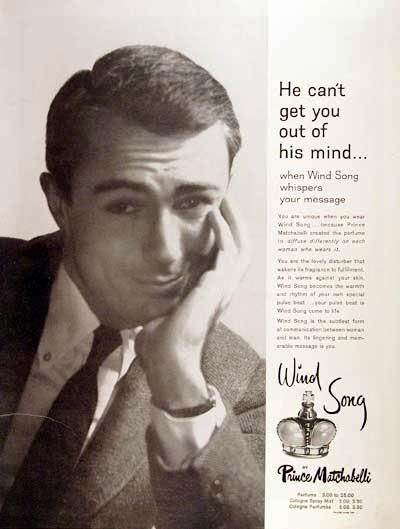 He has something on his mind, but I don't think it is you, or your Wind Song. He looks like it has something to do with his mother...or that ramshackle old motel they run together. "Perfumed soap? What's that about a quick shower? Oh you naughty boy, you."

This ad copy is a bit before my time. For me, Wind Song is the smell of the 70's, a fragrance I never needed to purchase as there was always a bottle on the perfume counter at the corner drugstore. I loved that place. Loved it. Thankfully, they loved me too, and never objected to my generous use of their testers. The family that owned the store were just the nicest people.  The drugstore was still around when I was in college, and sometimes I'd drive out of my way through the old neighbourhood to stop in and buy a soda or a packet of gum. The cosmetics and perfumes were long gone from the back of the store taken over instead by home-health care items, and it started to have the look (and smell) of a place in the later stages of decay-displays of plastic key fobs from the 60's still on the same counter as when I was a child. I'm certain no one ever bought those. I prefer to remember it as it was in the 60's and 70's-mirrored walls behind the cosmetics counter, elegant hanging lamps, tall stools I could barely climb up to examine all the testers, and the cotton wool display. When I was very small, the owner would pick me up and gently toss me into the gigantic round display of cotton wool in bags. The price for being let down was a kiss. Imagine trying that today-poor man would have had the police at the door. 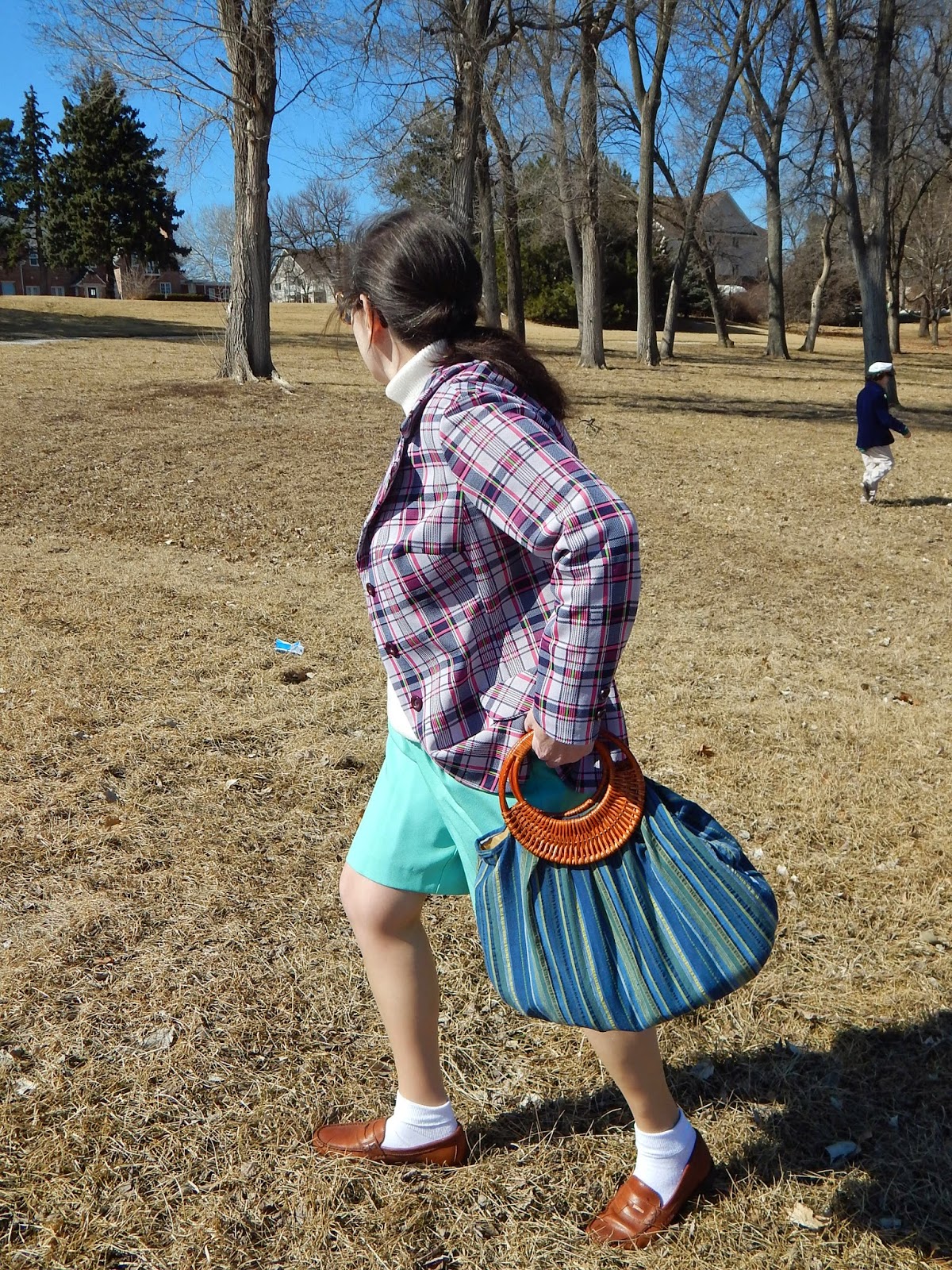 Wind Song doesn't project romance and sophistication to me. It projects polonecks, and plaid jackets with loafers. This is how I dress to wear Wind Song. I know the fragrance was launched in the early 50's, but I wasn't launched until the 60's. I have no idea how it was interpreted at the time, but judging from the advertisements, it did try to evoke romance.

Heavy on carnation, citrus, clove and vetiver, Wind Song has a pleasant spiciness without making you feel like you're wearing an orange pomador studded with cloves (I'm looking at YOU reformulated Tabu). Wind Song has a noticeable note of tarragon, which I adore (anyone that has seen my herb garden can attest to that). The liquorice/medicinal aspect of the herb comes through very strong at the top, but it settles into a comfortable blend with the florals and spices. There's a deep amber base to Wind Song that is still there in the reformulated modern version. I wouldn't have expected it to work as well as it does. For an inexpensive fragrance, it has excellent longevity...

...like a polyester blazer! The Landfill my wardrobe is filled with them. Just like the 70's, when Wind Song was staying on everyone's minds. 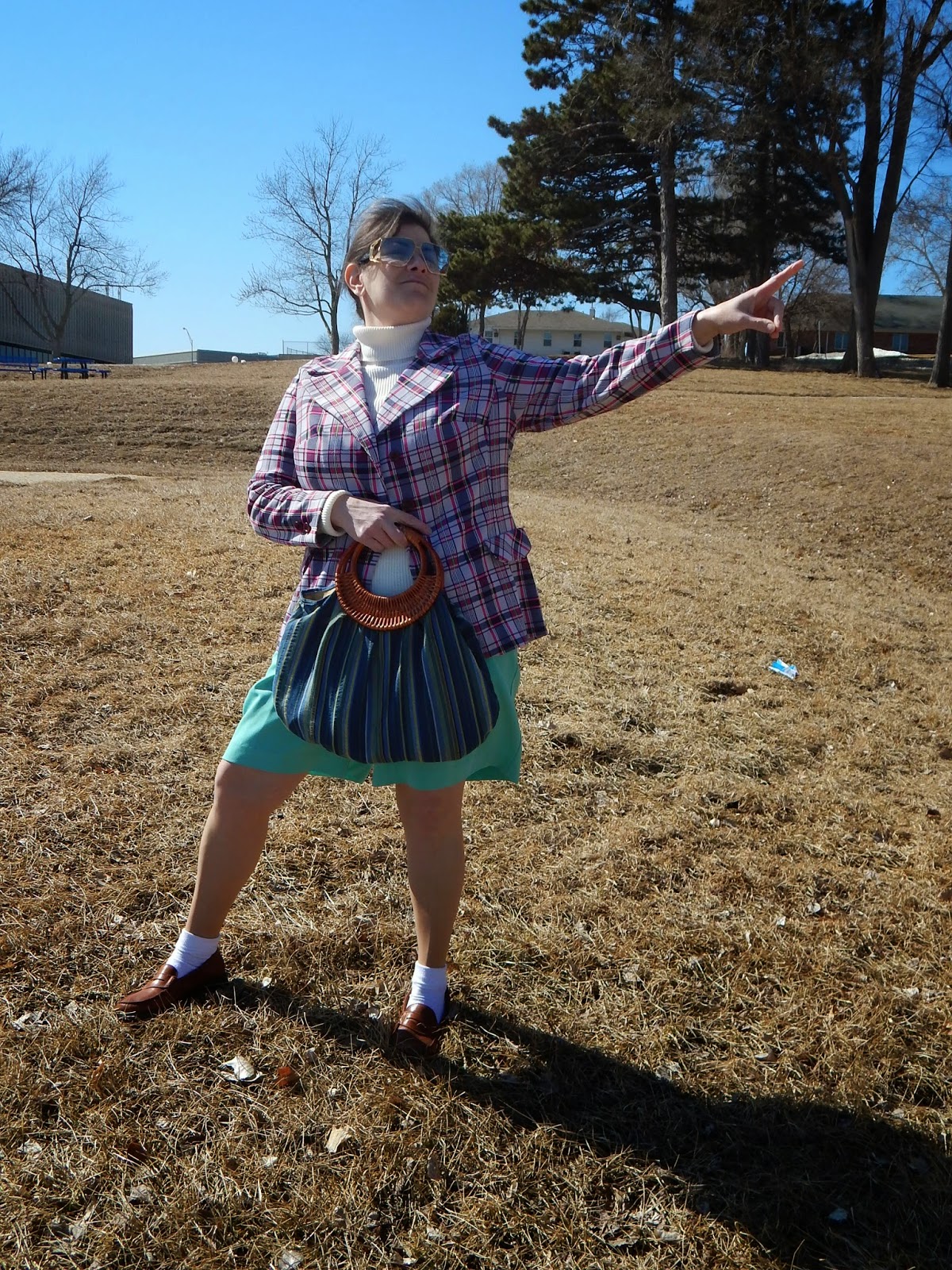 "Look, over there!"
No, there wasn't anything there, I just felt like pointing dramatically. Acting!

I should note that Wind Song does have a bit of soapiness to it, if you dislike that in a fragrance (I don't mind it). After the first few minutes the soapiness does fade as the middle notes of orris root and jasmine develop. Like most fragrances, Wind Song isn't the greatest scent right out of the bottle, but unlike many perfumes, it won't take all day to get to the notes you DO like.

Oh my gawd, he's putting perfume on her toes!
How romantic.
Eeewwww.

I do remember the lady at the cosmetics counter in our small town family-owned drugstore! She really was quite elderly -- and this was given as the reason the family provided her with a little chair on which to perch when no possible customers were present. (She was so tiny, she disappeared when seated. We kids would peer around the corner of the display case to see of she was on duty...)

Her value to their bottom line was her ability to sell scents to the local dads and lads. She invariably advised my brother to purchase Windsong for my birthdays when we were in our teens. Like you, she did not think it romantic. Not at all. Maja, now that was romantic!

Curse you, Goody, I'm supposed to be using up some of my perfume collection and you keep telling me about new ones I want to go out and buy! That sounds delightful. And so does the new Tabu.

Ha, that ad is hilarious! No one had better come anywhere near me with a oh-so-saucy dab of perfume to the end of my nose (or my toes)- thank you very much, but I can do my own perfuming. It sounds like a rather lovely fragrance, from your always-wonderful description.
Drugstores seem like something iconic and mythically American, like diners or Thanksgiving or drive-ins. We didn't have any of those - going to Boots the Chemist to buy my first eyeshadow (blue, of course) doesn't have quite the same ring to it...
Well done for giving all those polyester blazers a home - they deserve a good life with you. xxx

That's a perfect outfit for wearing Windsong. Makes me want to go buy another bottle,had not thought of it in years.

I've never owned a bottle of Maja being put off by the gigantic size of the bottle. Perhaps the time has come for me to track down a bottle. Thanks for reminding me of it (I hear flamenco music already...).

@Mim
Sorry!
Decants are a great way to try out new stuff (and they take up less space). Etsy seller Nine of Cups sells good quality sample sized perfumes at good prices (She's my "enabler" as Mr. ETB puts it). I think she can ship internationally, and the stuff weighs next to nothing anyway. The new Tabu is...heavy. Personally not my thing, but some people adore it.

@Curtise
What Boots lacks in character it makes up for in price and volume. I'm glad your first eyeshadow was blue-why start off neutral?

I remember stopping at a proper druggist somewhere in London when Mr. ETB needed those nicotine gum things when they were new-ish (maybe 25 years ago?). The poor old man was trying to explain to Mr. ETB that he could use more than the 1 piece an hour if he needed it, and that only Americans follow the instructions because, "You're all afraid you'll turn into a pumpkin if you don't follow the directions!"
No perfume though ;)

@AK
Give it a try first if the store has a tester. Some people really don't like the reformulation. Of course you won't be out much money if you don't like it.