Weekend in (a few) Words and Photos 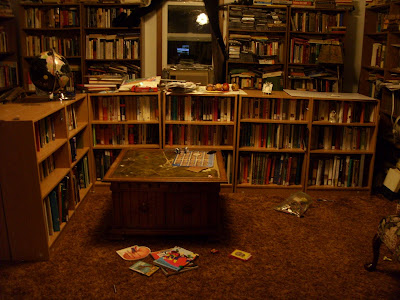 The book nook grows! We've made the first turn. These are back-to-back cases that will be hooked together (once we know where they're all going)so whatever you see is doubled with the side you don't.


We went to the yearly, Retired Teachers Book Sale in Lincoln today. It ran all weekend, but even in the final hours, we found more stuff than we probably should have come home with. From 2-4 they had a bag sale where for $7.50 you could fill a gigantic bag. We filled two. Unlike the library sale, these items are all donated which had me purchasing beautifully illustrated sheet music from the 1860's through the 1940's. Many, many scores from films, with movie-star photos on the cover. We used to sell these for a couple dollars each in the antique store, and these were of much better quality. They hardly took up any room in the $7.50 bag. That left room for cookery pamphlets and books. I never knew I needed the United Nations Cookbook from 1951-that is, until I saw it. Likewise, I never really though I needed a coffee-table book of the Canadian Parliament. At least I have plenty of bookshelf space (for the moment). You should see what I have planned for upstairs! 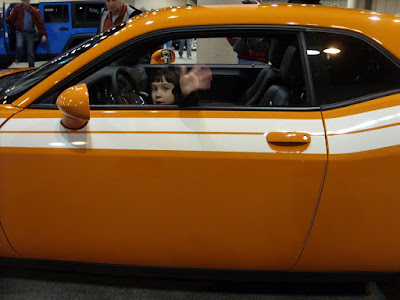 The car show was in town this weekend as well. This year, I just so happen to be looking for a car, and it was nice being able to check them out without pushy salespeople. Here's Danny in the old...er....new Dodge that looks a whole hell of a lot like the '74 Dart my sister drove (except that was green). This isn't a Dart, though I heard they are bringing that model back as well. I sure hope they come with a good, solid hairbrush as that's what my sister frequently had to employ under the bonnet to get the damned thing to turn over. I don't drive Chrysler products anymore-fool me once...OK several times....no Chryslers.

What I am planning to purchase is a Volkwagen which believe it or not, I am (seriously) too short for. Yeah, let that sink in. I went to sit in the bug and after cranking the seat as high as it would go, realised I could barely stretch to see over the dash. Go ahead and laugh. They made them roomier. Mr. ETB could even fit in the back seat if he had to. I don't actually want a bug, I want a Jetta. Das Krautmobile!


Of course, an Audi convertible is a krautmobile as well, but this one yodels like a Swiss hillbilly. Or that could just be the diesel engine. 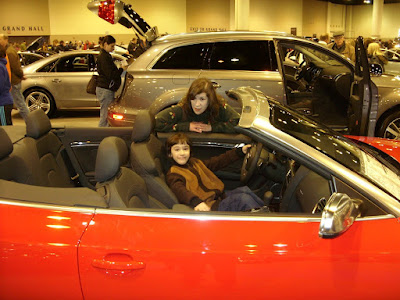