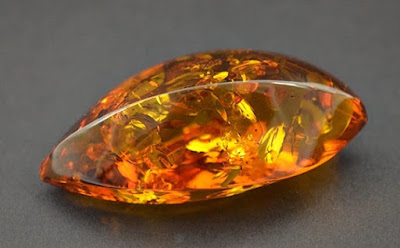 I bought Abre Sultan figuring Danny would end up with it,  like all the other amber fragrances I buy. I like the idea of amber notes more than the execution, but that hasn't stopped me forking over money in hopes the next one will be love at first sniff. When I read the notes and saw that vanilla was included I was convinced it would be too sweet for me. It was a pleasure to find that the vanilla, while not subtle, does work nicely with the other notes creating a perfume that changes noticeably through the hours I wore it. Danny isn't getting this one!

My first impression was camphor, but then I realised it was laurel. My brain did that thing where it links all sorts of things together and then spits it out as some sort of observation that would elicit a puzzled expression and a muttering of, "So?" from anyone I'd share it with. That's been happening to me my entire life, so it isn't unfamiliar but sometimes I forget and blurt those observations out and then people look at me in that tense way like you've just told some sort of anti-joke, and they can tell it is a joke, but don't get it, and do that odd little awkward laugh people do when they aren't certain if they're being made fun of. But we're all friends here, so it went something like: "Oh, bugs get trapped in amber so that's why the perfumer wants it to smell like bay laurel because that was what Victorian naturalists used ground up in their kill jars when collecting insect specimens, but you can also use lanolin but that would smell like nail polish remover or perfume that's gone off." Yeah, be glad you don't have to live with my brain-it is chock-full of shit like that. I dated someone years ago that called it, "Joseph Campbell Disease" where everything has something to do with everything else, and you can prove it by pointing out the minutiae that don't prove anything except the fact that your brain remembers every damned detail of everything you ever learned at school. Except of course, punctuation. Fuck you, Strunk and White.

Bay laurel leaves are great-I have a bay laurel living in a pot in my sunny window (I named it Apollo II, not after the space mission, but after the god. The first bay laurel died, and he was just named Apollo, so obviously the next one had to be Apollo II). In the summertime, when the plant is outdoors in the sun, it does give off a slightly camphorous smell. This is the first thing that really strikes me as special about the Lutens Ambre Sultan. Instead of the typical soda fountain vanilla assault, there's the almost medicinal fragrance of my bay laurel warming in the sun. My brain just did that bit again: Soda fountains+vanilla+camphor+medicinal=Lindeman's Pharmacy in Deerfield, Illinios (long gone now) where they had a soda fountain, but also sold the vanilla extract in the same brown bottles they used for cough syrup. 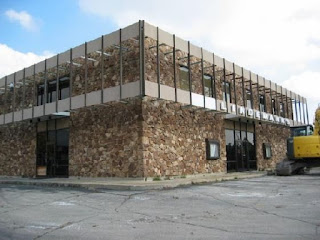 My point (yes, there is one) is that Ambre Sultan isn't a sweet amber fragrance. It is herbal, medicinal, and warm without making you think of candy. A vanilla phosphate, maybe-but definitely not candy. There's angelica in there, which I also grew once (it died) and coriander. Myrtle, oregano, myrrh-not the typical stuff of amber fragrances. With each hour, as the strong notes faded, the resins and patchouli warm up making for one hell of a glorious perfume. The sandalwood is a good quality one, and if you've ever smelled the bad stuff, your nose will be able to detect the difference. This is a perfume I want to douse myself in over and over, and then spray all the closets in the house. For something that I was certain wouldn't be my style, I must say I'm really quite impressed.

I recently splashed out on a few Lutens fragrances. I'd resisted all these years thinking they were just overpriced niche nonsense, and you don't even get a pretty bottle out of the deal. Well. I was wrong. I wasn't wrong about the bottles, but I was dead wrong about the juice inside. I've been reading people complaining about the longevity of this one, but I have to say, even on my seriously dry skin that soaks up perfume, this has gone a good eight hours on me, with a bit left after that. There seems to be an issue with reformulation, so perhaps my decant is from an older bottle.

I'm not sure how Ambre Sultan will work in warmer weather, but right now with the lingering cold of winter and spring trying like hell to break through, this is the perfect perfume. This stuff isn't cheap, so as I typically suggest-get a decant and live with it for a while before plunging in and going for a full bottle. Of course, if you buy a full bottle and hate it, well...you can always send it here.

I've got two Lutens. There is no point you trying A La Nuit as it is jasmine, jasmine and jasmine - he basically worked together different varieties of jasmine from all over the world to create a sort of JASMINESTEIN. I love it, but it's too much for a lot of people. 5 O Clock Au Gingembre is heavenly, though, an ode to afternoon tea with ginger cake. Whenver I wear it I find myself thinking, 'Damn, I smell gooood...'

I haven't tried Ambre Sultan, but it sounds really interesting. I should deffo get some more Lutens. One of my favourite discounters has some in at the mo...

Hmmm...my impression of Uncle Serge's Ambre Sultan was bay rum + arabian souk + expensive vanilla.
In California we had these love native bay trees, smelled just like Laurus nobilis (the true Mediterranean bay tree) but was an Umbellularia californica (still in the Lauraceae family though) and not as prone to mildew. That shall forever be the scent of the California coast for me, the smoked salmony smelling ocean breezes infused with the clean brisk fragrances of eucalyptus, bay trees, and redwoods. Some niche perfumer made an essential oil from those California bays, so lovely.
SL's stuff is always great quality but there always seems to be one note in each of his creations that puts me off & prevents me from forking serious $$$ for one.
Like in SL's Orangers en Fleurs, the cumin note is a bit 'off' to my nose, but it definitely gives a middle eastern feel to an orange blossom fragrance. That's why I was so glad to find Houbigant's Orangers en Fleurs - nearly the same but the cumin is replaced with nutmeg, brilliant!
http://calmlycookingcurry.blogspot.com/2016/03/tamatar-dhania-chatni-tomato-and.html

@Mim
I like the idea of smelling like a ginger cake. Mmmm, ginger cake. Do you know it is darn near impossible to find stem ginger in syrup in the US anymore? I make my own, but really, WTF?
Now I have to decide if I just want ginger cake, or if I wish to smell like one. I see a decant in my future. Thanks for suggesting it.
God, now I want cake.

@Bibi
You see, "Arabian Souk" are two words that pretty much sum-up what I love in perfume. I never used to like this stuff-I wonder what's happening to me?

I can see being put off by cumin though. You just reminded me of some salad I made years ago with oranges and cumin. Good salad, but I wouldn't want to wear it.

Yep-that Houbigant Orangers en Fleurs is magical. I'll be curious to see if I like it as much in summer-I suspect I will.