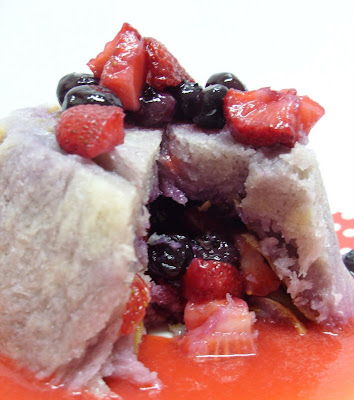 Yeah, it looks a bit pale, but it is only March.


I couldn't wait until Summer.

It looks a bit pale, but that's only because I didn't cook the berries long enough to get a deep colour. No matter though, it still came up wonderfully. I've never been successful with unmoulding large puddings, so I opted for three small ones instead. As you can see, they held together. This would not have happened with a large mould-not in my hands anyway. I chalk it up to one of those things like my mother always burning the garlic bread. I accept my weaknesses and don't try to challenge the will of the universe.

This isn't the sort of thing you can write a recipe for, but here's the basic technique. From the outset, I really want to warn against over-complicating a simple thing. You need bread, fruit, and syrup. Beyond that, it becomes an entirely different dessert. 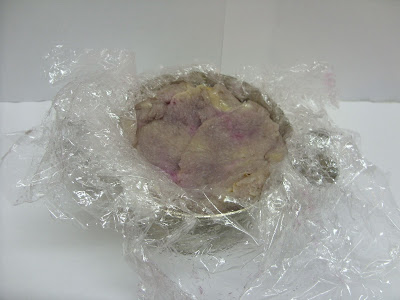 Make a syrup of 1 cup water and 1 cup sugar. when sugar is dissolved, add about 2 cups berries (but don't add strawberries-they break down too easily-use those uncooked in the centre of the pudding) and cook just until the syrup is coloured and berries start to pop. I could have cooked mine longer for a deeper colour, but then you sacrifice the texture of the berries. Do as you please. You can always do a touch up after it comes out of the mould (be sure to save the extra berries and syrup). 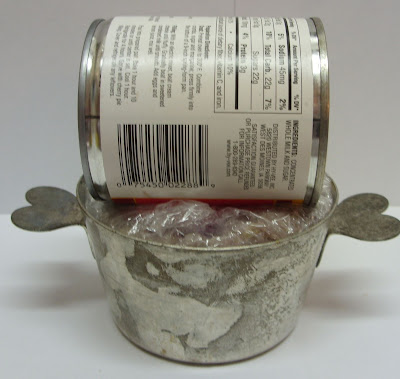 Line your mould with cling film-this will help to get the whole thing out easily. Arrange slices of bread tightly on the bottom and sides. If you trim the side pieces on a slant you can get them to fit very neatly. I didn't bother. With a spoon and a pastry brush, saturate the pieces of bread. Some people dunk them in liquid and then line the mould. My bread always falls apart when I try that, but go ahead and give it a go if you're feeling confident. Fill the centre with fresh strawberries and your cooked blueberries, etc. Fit a piece of bread over the top and douse with more juice. Bring the cling film up over the top and close. Weight with a small tin (I used condensed milk as it is heavy) and set in the fridge for at least 8 hours. Carefully unmould onto a plate ,and garnish with extra berries, juice and whatever else you like. I used some pureed strawberries I had from something else.
Posted by Goody at 2:27 PM
Labels: Blueberries, Bread, Desserts, Pudding, Strawberries, Summer Fruit