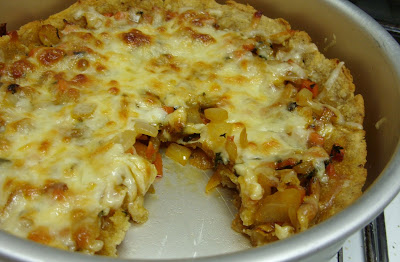 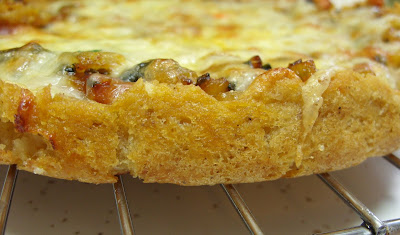 The recipe for this dish comes from an old, kosher, British, Vegetarian cookbook. Even if you didn't know it was British, you could tell by the recipes-root vegetables covered in cheese. Granted, their cheese is pretty good, and some of the very best food I've eaten has been covered in cheese, but it really seems to take the special skills of the mother country to cook a lovely vegetable beyond recognition...and douse it in cheese. Largely, that's what this cookbook is about. I made a few changes to the dish, but I did stick to the original recipe for the base, which turned out perfect.

The book does have some things to recommend it, particularly the listing of ingredients in both Imperial and American. That's helpful. I find instructions to freshly grind your sea salt a bit on the absurd side (who did that in 1983?), but you know, everyone has their hang-ups. Mock chopped liver from eggplant is better than it sounds, and yeah, you can make mock gefilte fish from lima beans. I'm not saying you'd want to, but if you were possessed of the notion that would make good eating, well then, this is your cookbook.

The recipe will make two pizzas, which I pressed into 9 inch cake pans.

When potatoes are soft, drain and mash with butter. Cool slightly and add matzo meal, potato starch, and spices. Knead for a minute or two until well combined. Divide in two. Pat each half into pans and bake20-30 minutes until mostly dry. If the puff up, poke them lightly with a fork and keep baking. Remove from oven, but keep oven on. While they bake, prepare the filling by cooking all of it in a pan until soft.